Standing here, you can imagine the thundering of hooves and the roaring of the spectators.

The energy must be incredible, thousands of people crammed together in the centre of the square as the horses race around them. Encircled and squashed, there would be nothing to do but shout with the crowd. 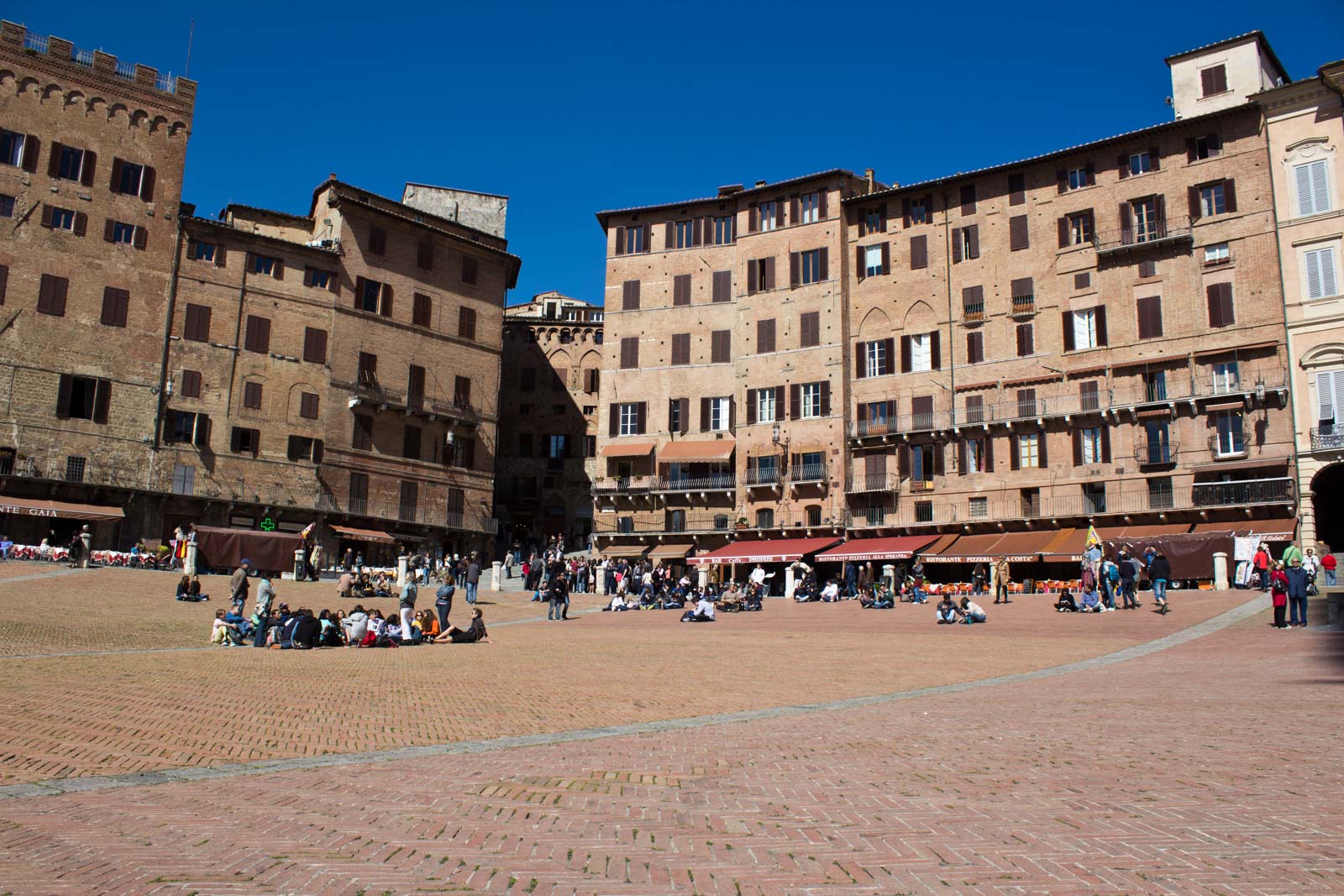 Twice a year, here in Siena’s Piazza del Campo, one of the world’s most famous horses races takes over the city. The Palio di Siena is no ordinary race… but more on that shortly.

Today, things are much more sedate. It’s a warm and sunny spring afternoon and the piazza is full of people sitting on the ground, catching some rays, eating a snack or talking with their friends.

The shadow of the tower from the imposing Palazzo Pubblico casts a shadow over the ground and moves like a sundial. The people who end up in its darkness shuffle back into the light… the whole process continues slowly as the shadow marks the passage of the day. On the days of the Palio di Siena (or Il Palio as it’s generally known) there is no such calm. Nor is there room to sit on the ground.

The outside of the piazza becomes a racetrack and is covered with turf. The inside becomes the main spectator area and thousands of people are squeezed in and then locked into the area just before the race starts. 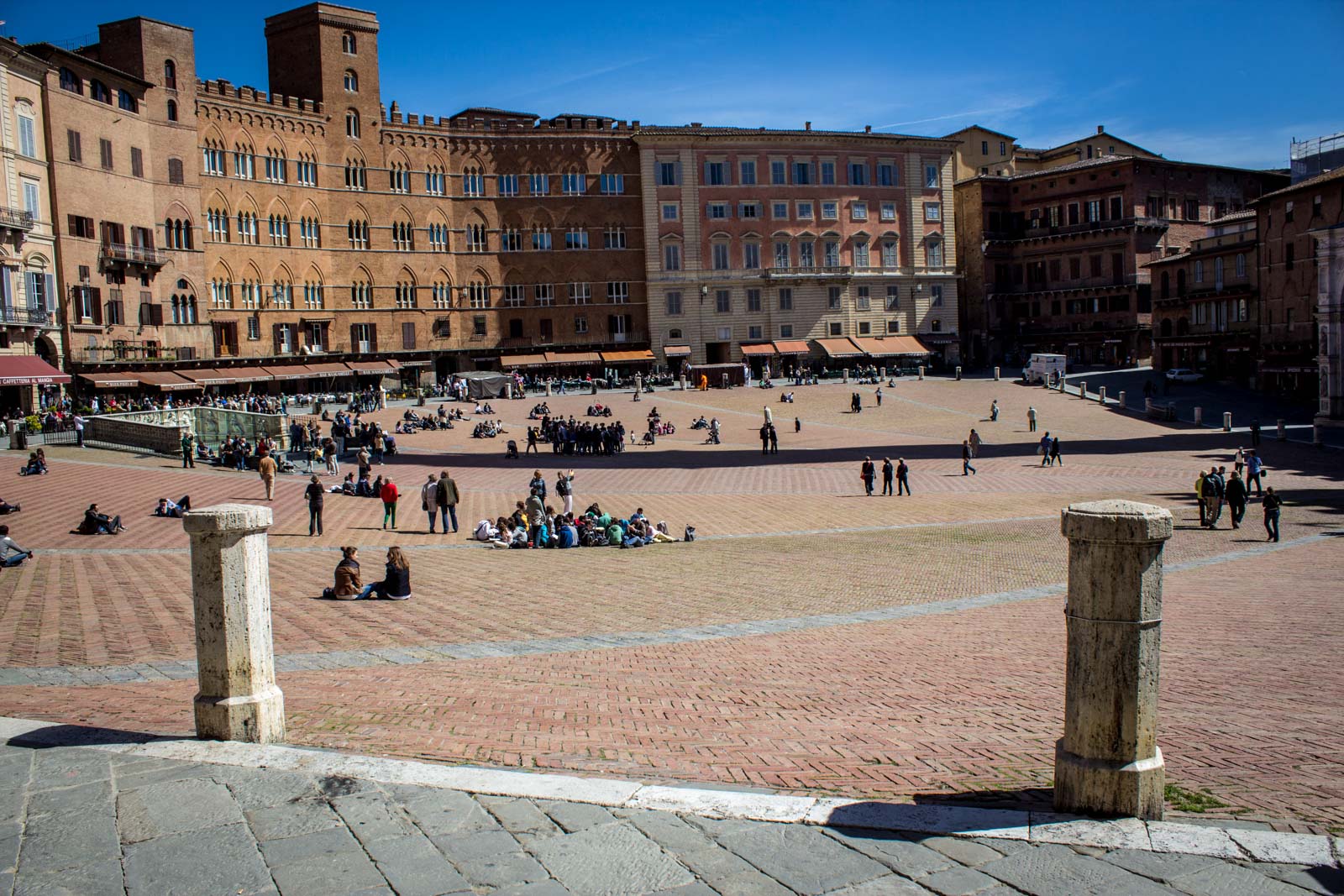 Ten horses compete. I say ‘horses’ rather than ‘jockeys’ because the rules clearly state it’s the first horse across the line that wins, regardless of whether the rider is still attached. 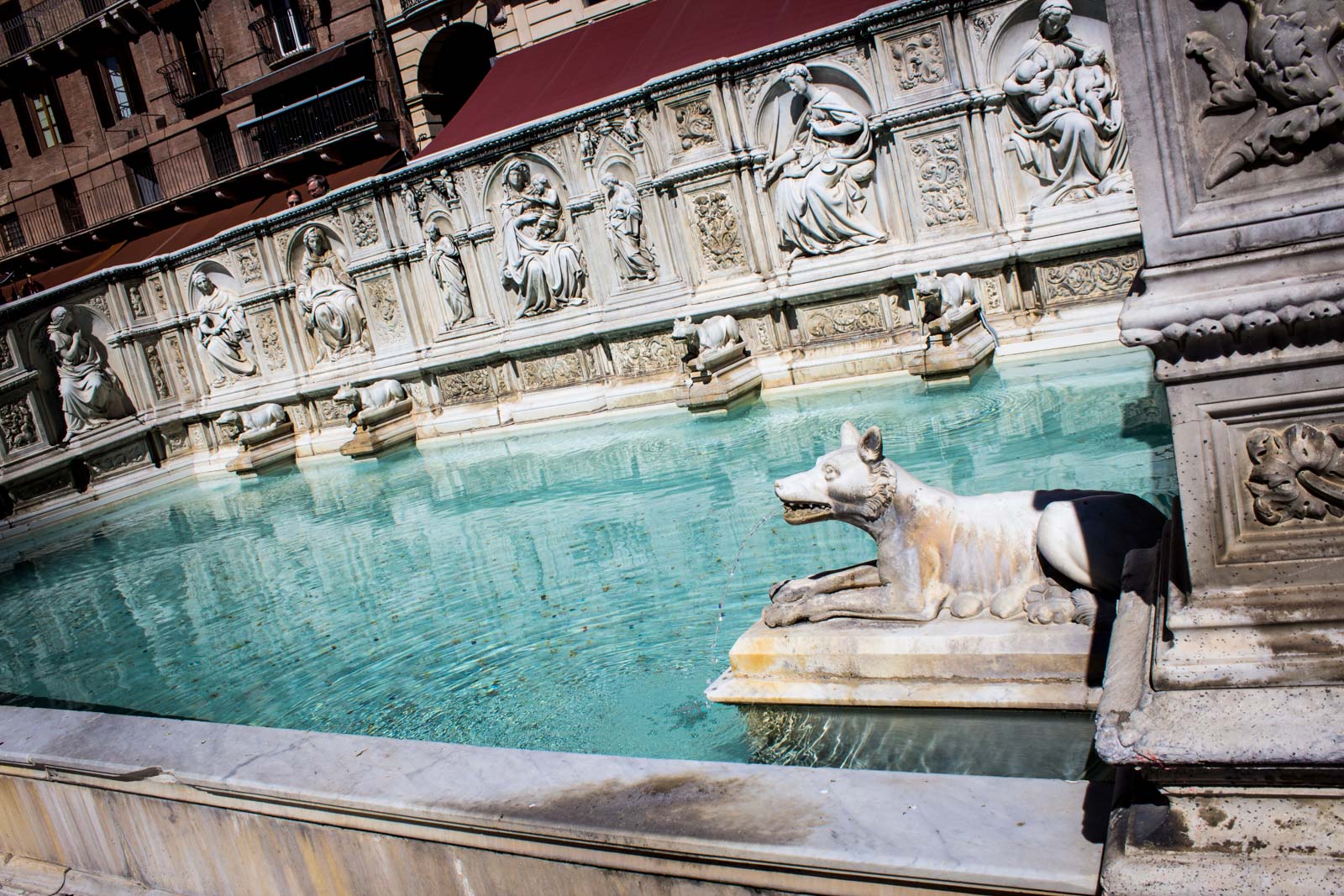 One of the reasons Il Palio is so rough is tradition. The race was first run in 1656. In that day – and still to this day, as a matter of fact – it is a competition between the different districts of Siena.

Much like any football league around the world, the crowd is often just as happy if their archrivals don’t win than if they do themselves. There are apparently even some dirty tactics that go on sometimes, with two or more districts secretly agreeing to gang up on another.

You wouldn’t know there was such a simmering hostility beneath the surface from walking around the city. The historic centre of Siena is as beautiful and charming as I’ve come to expect from the old cities of Tuscany.

For instance, the Duomo, with a similar Tuscan Gothic style as the one in Florence, is considered one of the finest in the whole country. The streets of the old city are full of pedestrians (most tourists) and mainly without cars in the historic parts. 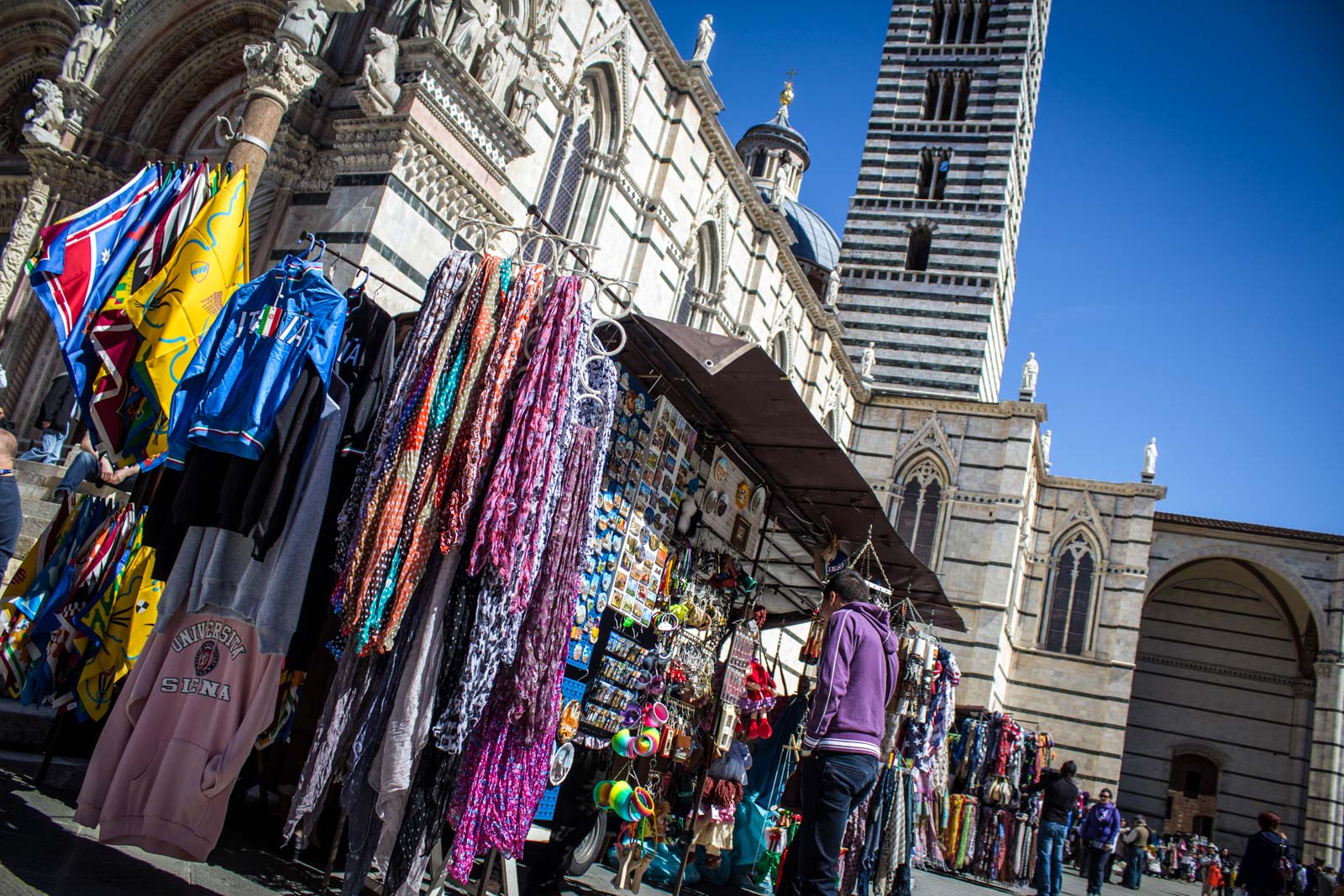 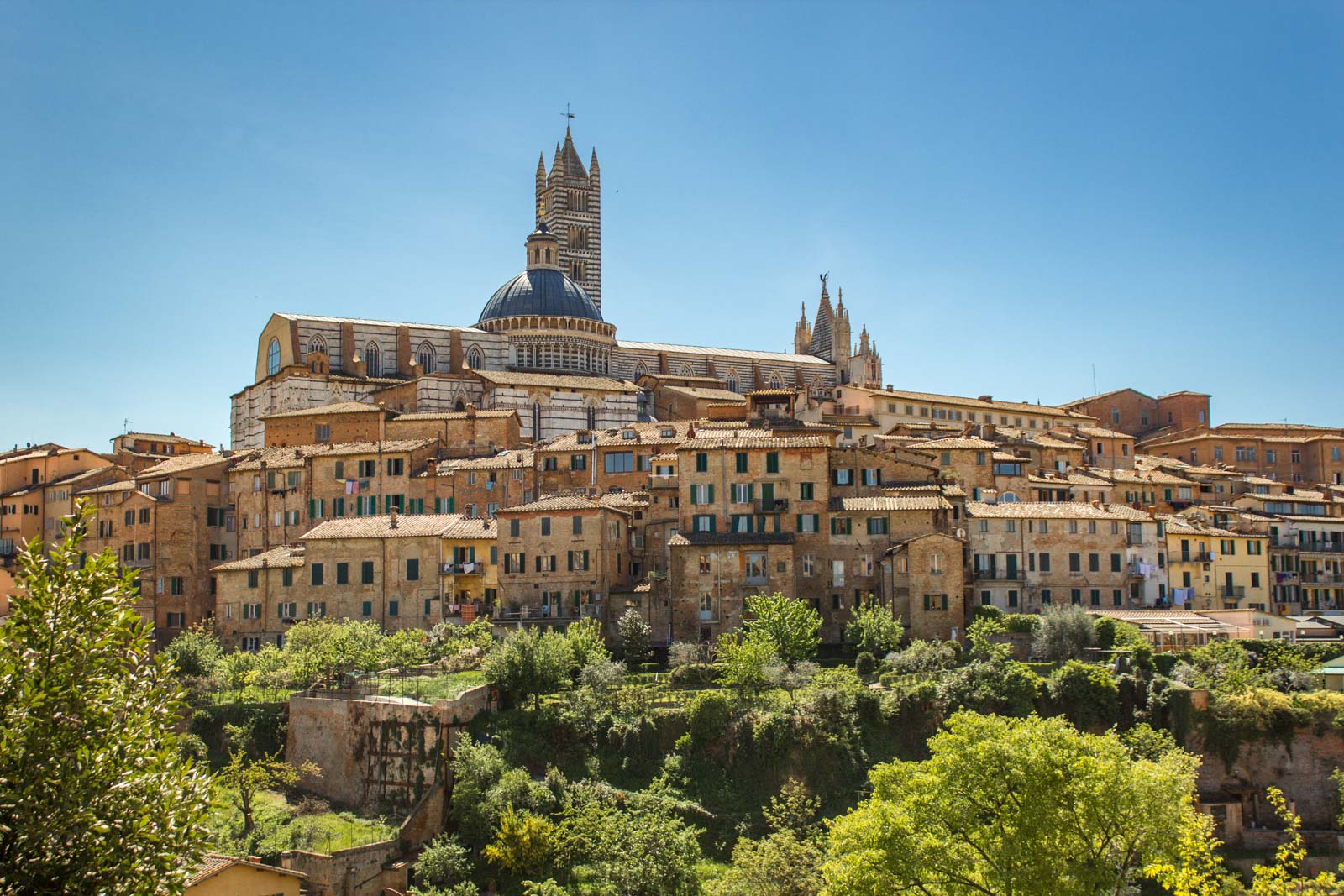 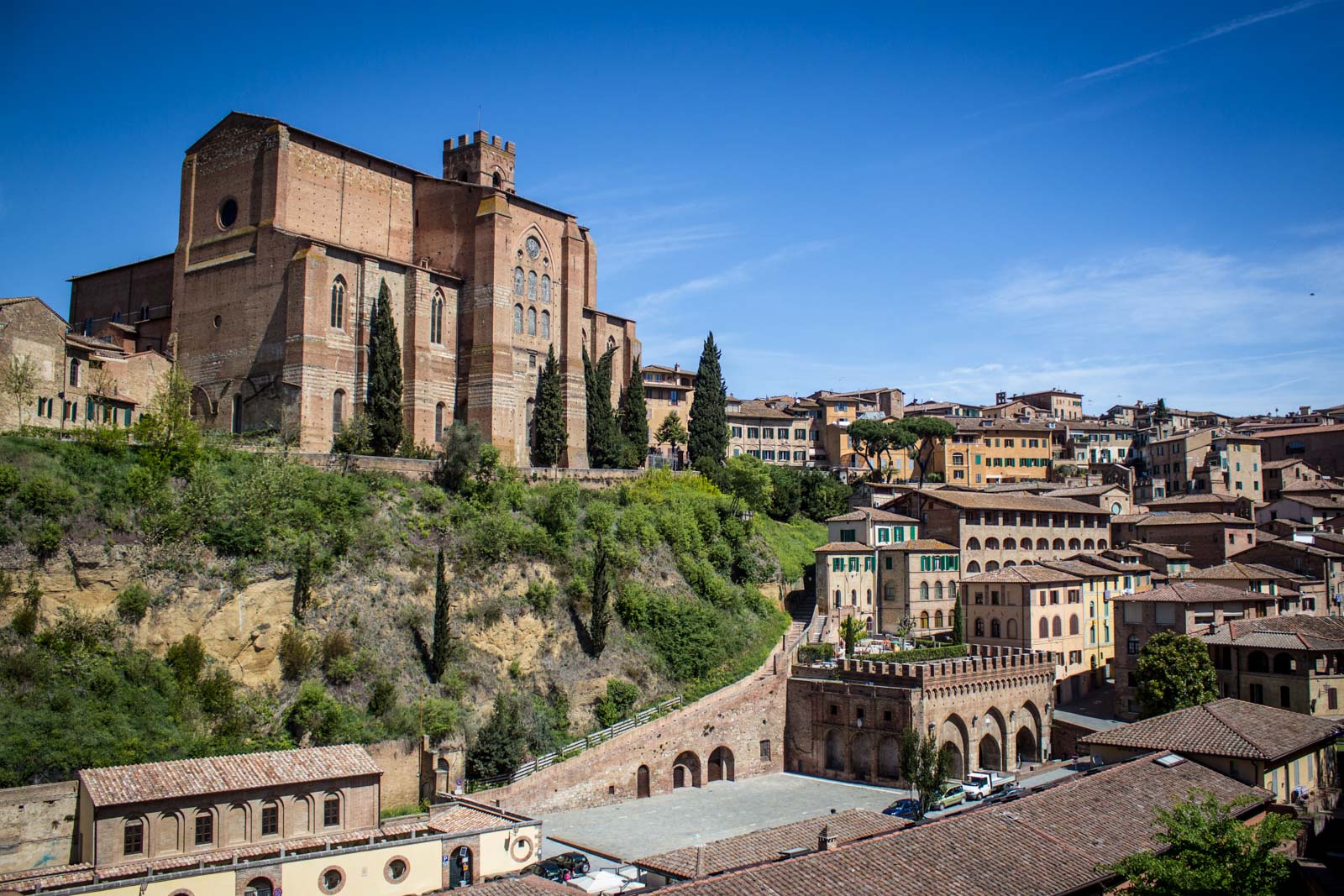 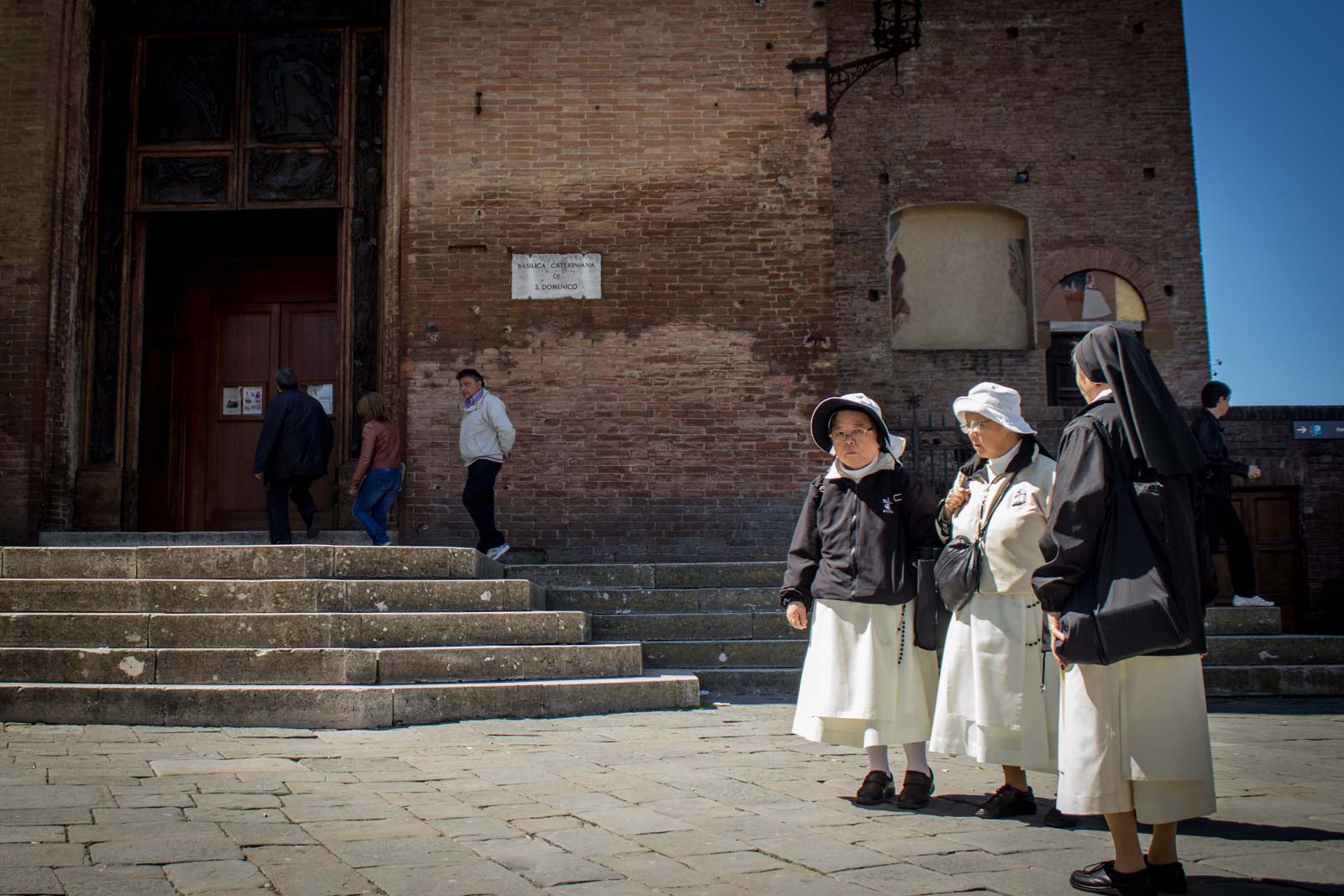 It’s one of those places that is a pleasure to walk around, to peek into the stores selling crafts, stop for a coffee in one of the bars or sit for a while in the squares and watch life go by. 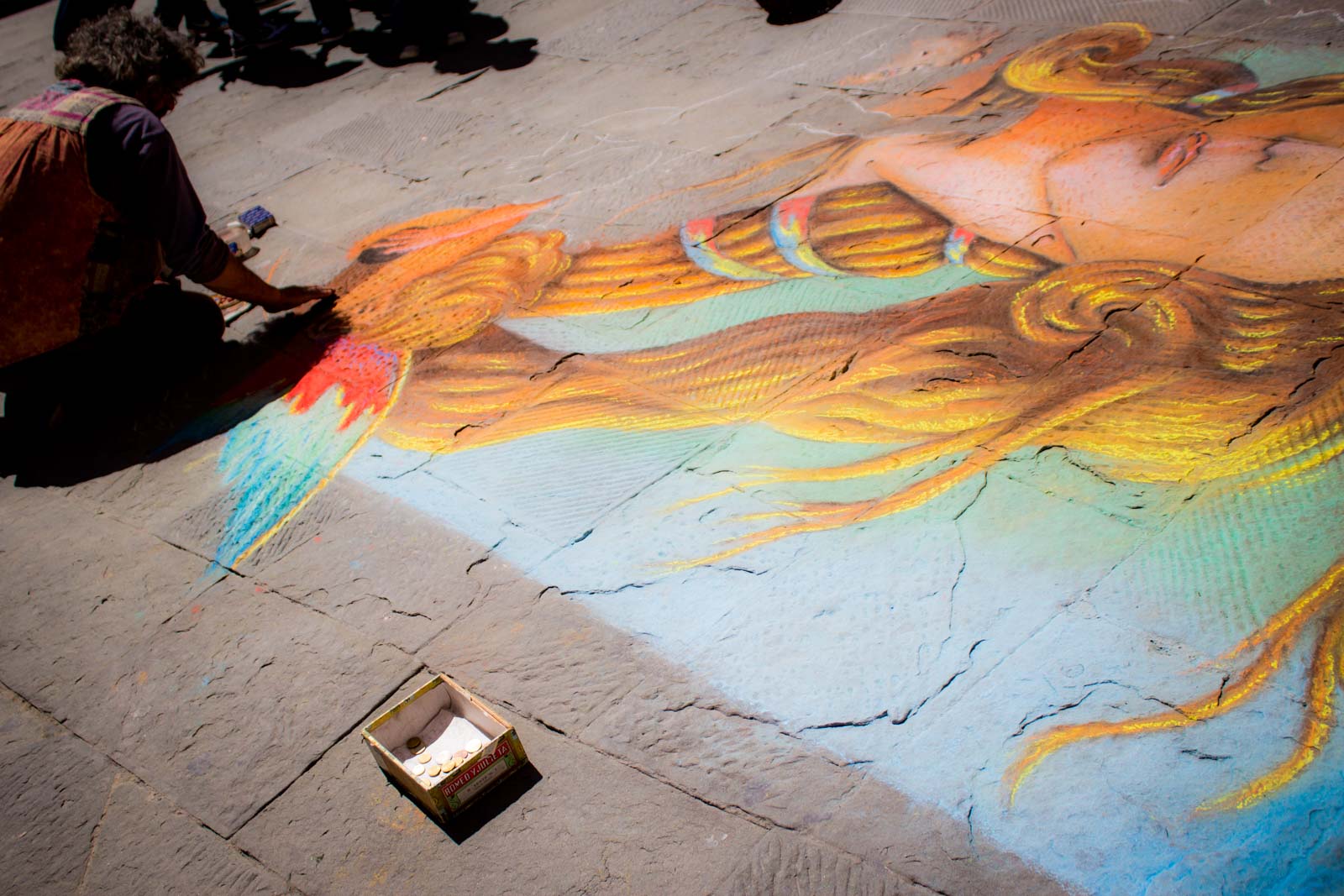 I can imagine what Siena is like when the Il Palio roadshow comes to town. I’m sure it’s a lot of fun. I do like city like this, though.