It feels a little bit like I’m in Europe, walking the streets of Quebec City. In fact, I’ve been doing so much travel this year, there are a couple of times when I have to remind myself that I am actually in Canada.

Cafes on the footpath with wicker chairs with people sipping coffee; a grand chateau towards the top of the hill; old ramparts for fortification.

They’re the kinds of things you expect to see on a historical tour through somewhere like France. It actually feels a bit strange to see them here. 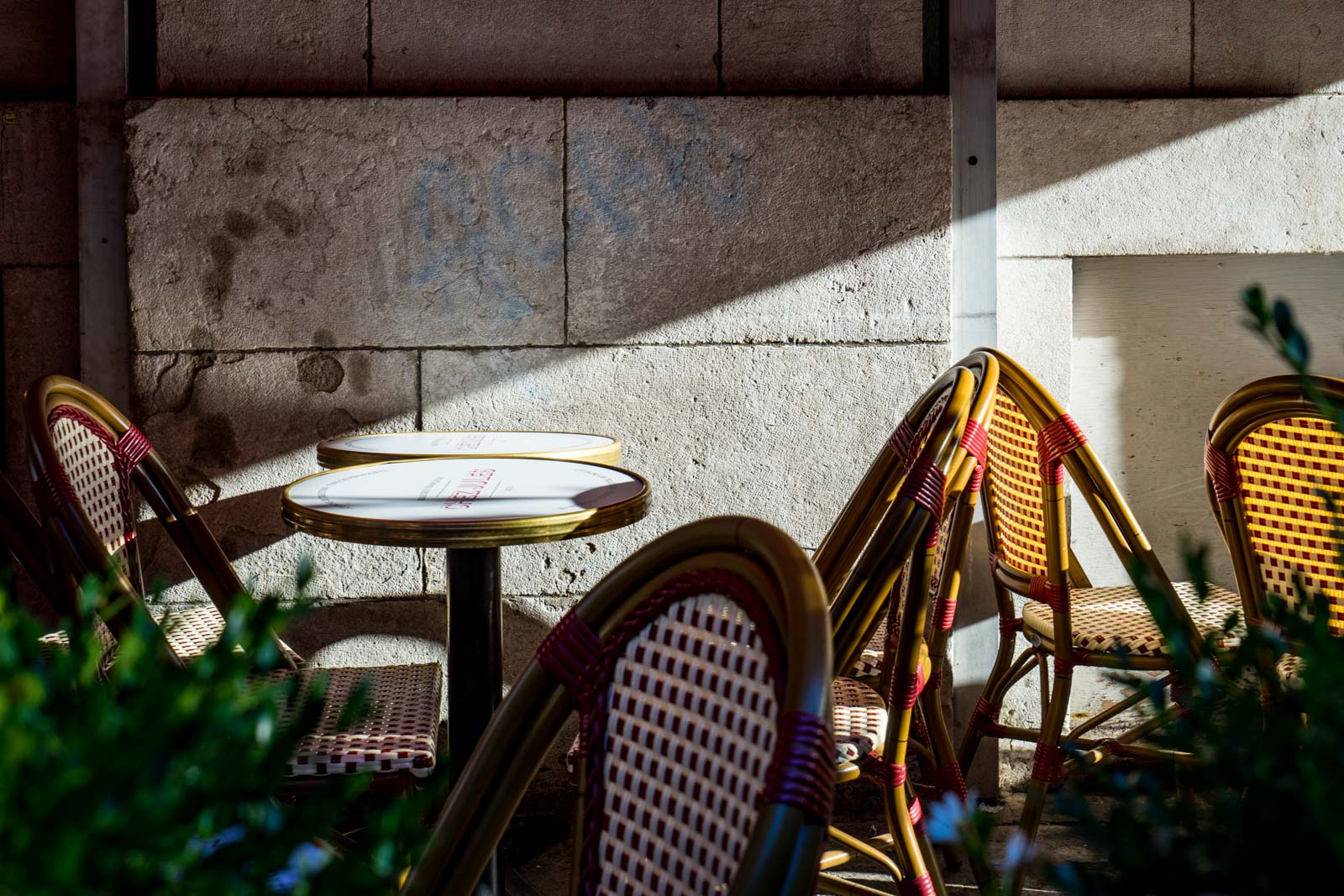 But that’s what makes Quebec city such a special place.

It was officially founded by the French in 1608 and was one of the first European cities in North America. It stayed pretty much in French hands until 1763 and during this time much of the grand architecture you see today was built. 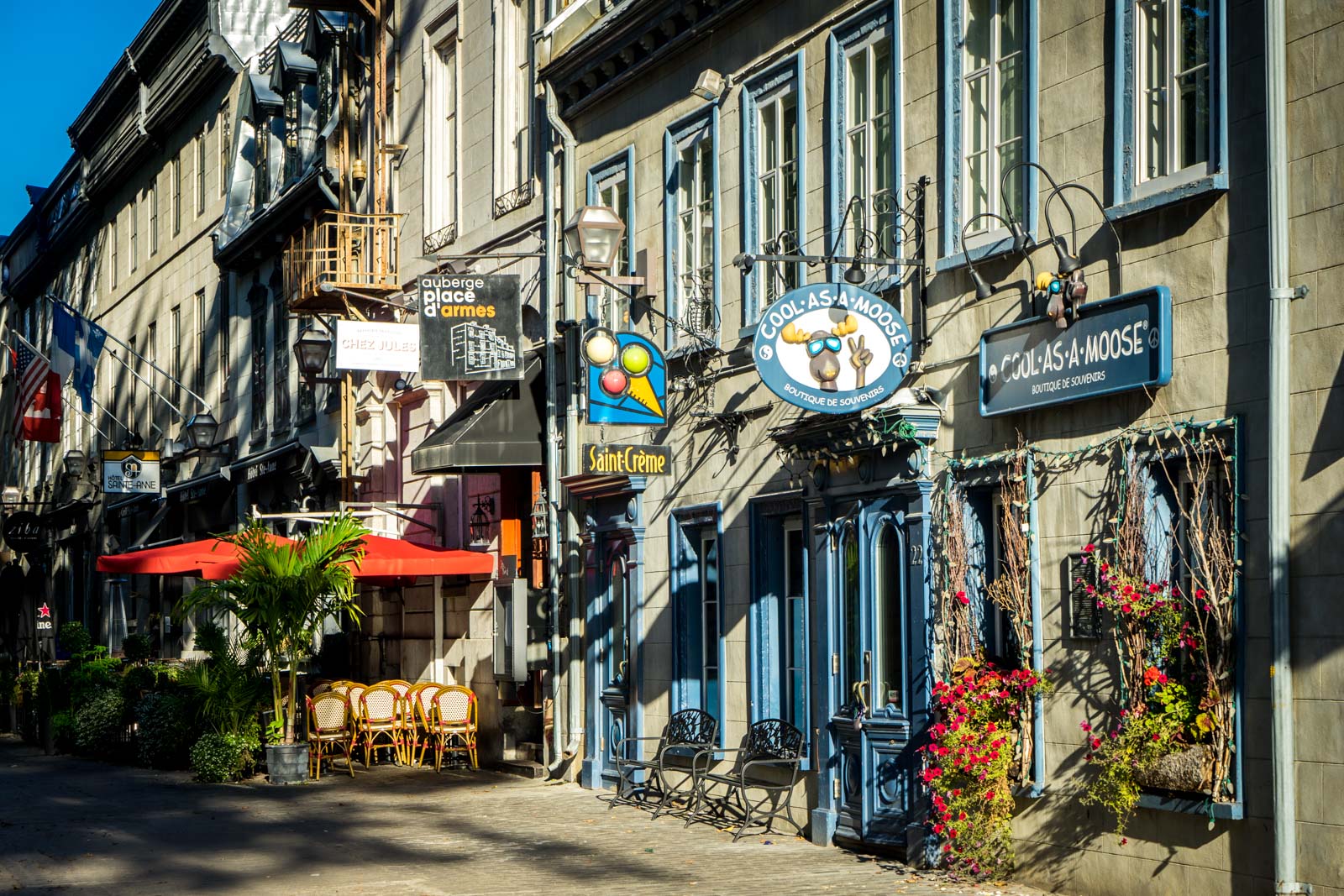 I’ve come to Canada with a challenge to put together a video on things you can do in Quebec in 48 hours. Rather than focus just on the historic part of the city, I’m going to be getting out into the countryside and exploring the local food scene.

To see the final result, you can check out the video here:

So let’s go through some of the things you can do in and around Quebec City in 48 hours.

Starting in the historic centre of the city, the first thing I do is just wander and explore.

I go past the Chateau Frontenac, which dominates the skyline. Around it are government buildings, churches and the old La Citadelle fortress on the ramparts. The small alleyways with staircases and bridges create a charming maze with quaint restaurants and shops. The city was founded on the Saint Lawrence River and you can catch the public ferry across to the other side for a great view back towards the old buildings. There are some excellent museums here which tell the history and represent the artistic side of Quebec that it’s well known for. About an hour’s drive from Quebec City is the small city of Baie-Saint-Paul, with a population of only about 7000 people.

It’s a popular stop for tourists because if its cute streets, full of art galleries, craft stores, and restaurants. There isn’t a lot to do here – the idea is to relax and enjoy the casual and artistic atmosphere. 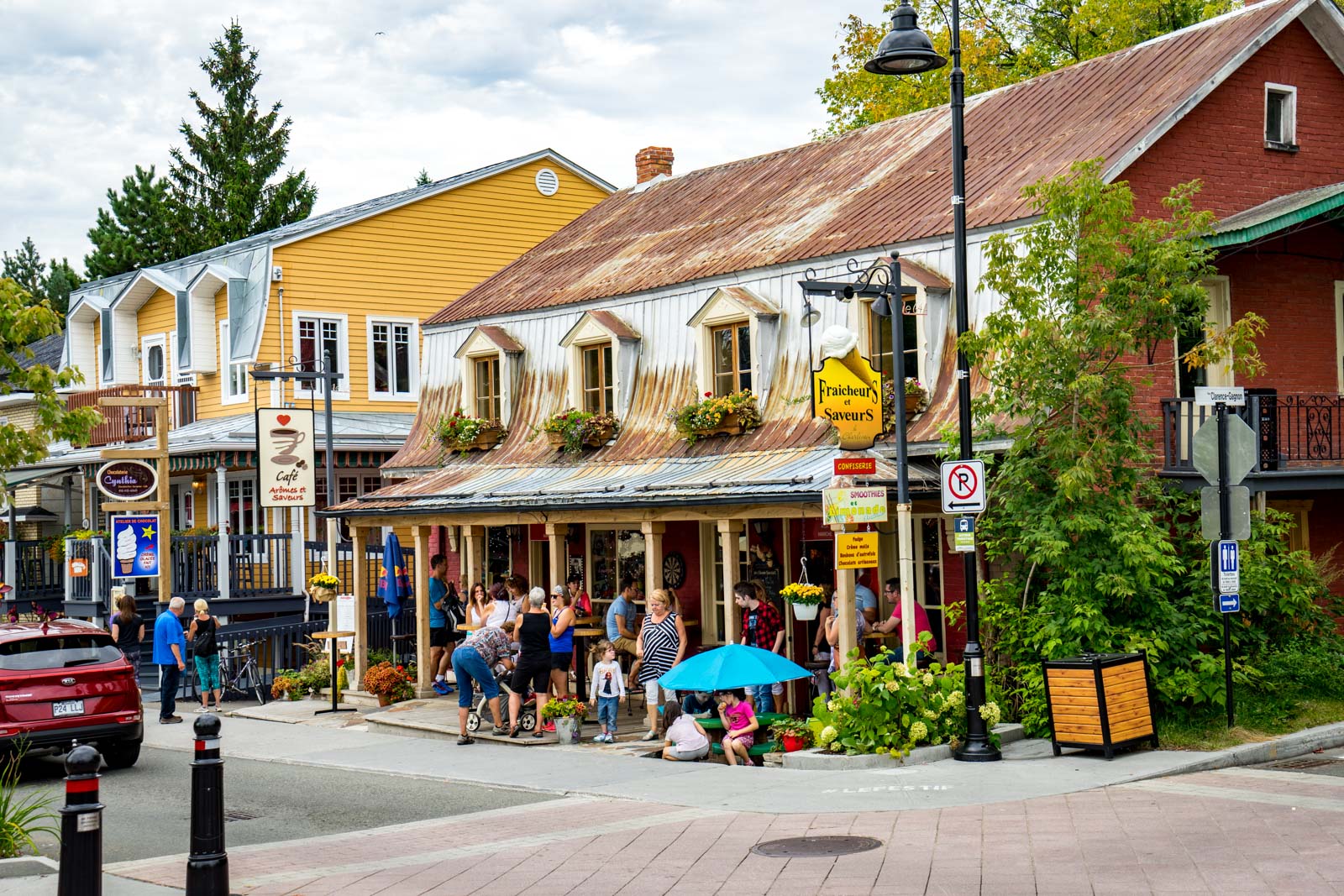 I’ve come to Baie-Saint-Paul to visit Le Germain Hotel, a modern complex built on the old farming site for a nearby religious order. The hotel’s restaurant not only follows some of the original traditions of the farm but represents the food trend here in the region, which is all about farm to table. 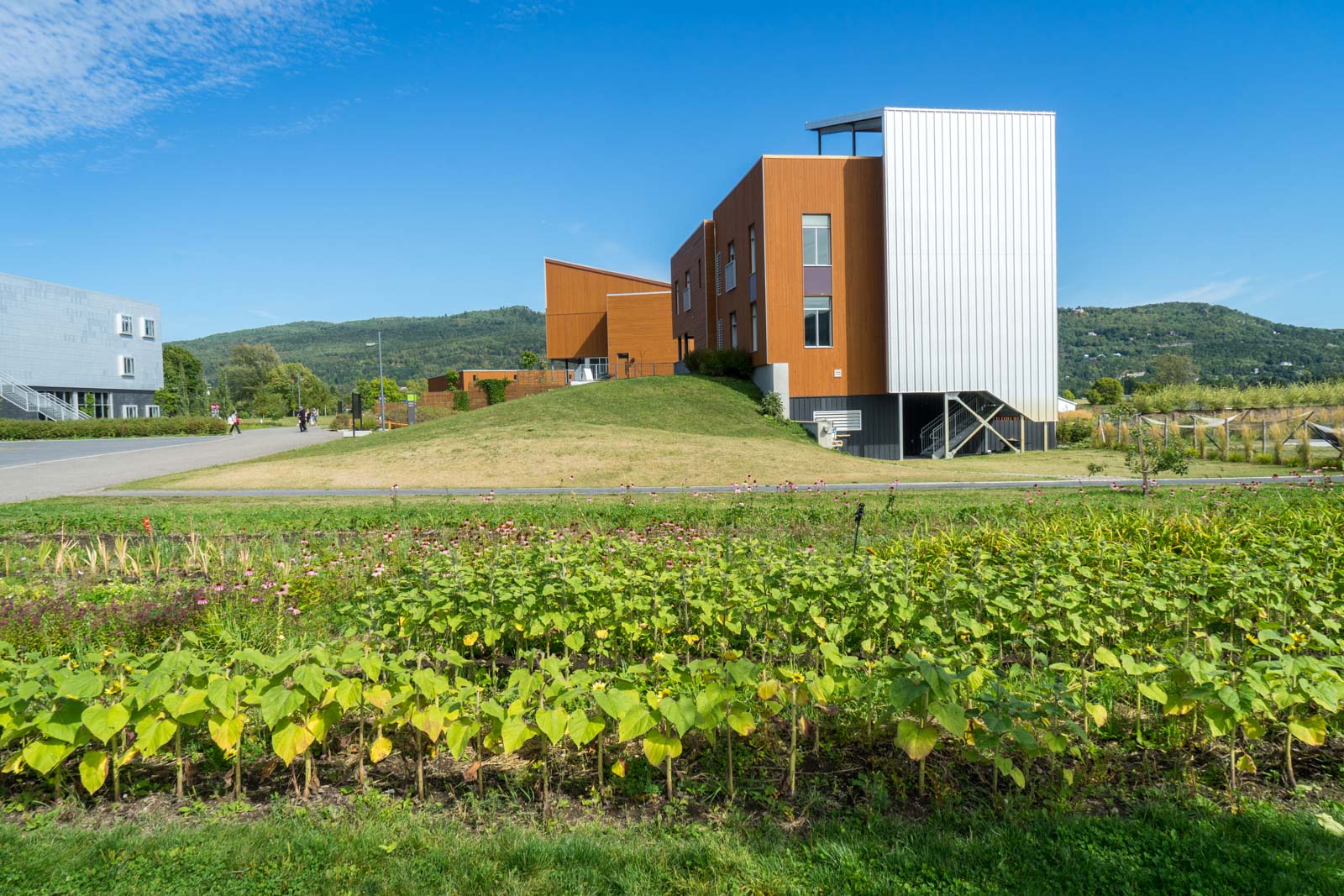 The chef, Sylvain Dervieux, takes me through the gardens that are on the hotel’s land. The majority of the ingredients he uses in his dishes come from here and we pick a few things to be turned into a meal.

In the kitchen, he chops and cooks until an incredible looking plate is on the bench in front of me.

After driving up the road for about ten minutes, I arrive at Maison D’Affinage Maurice Dufour. It’s one of the region’s best cheesemakers and I’ve come to see how the production works and, of course, try a few of the products. The owner, Maurice Dufour, began making cheese here about 25 years ago and it’s fair to say he contributed to a resurgence in local produce.

His cheeses go through a long and careful process before they’re ready to be eaten and he’s won a lot of awards for his work.

There’s also a shop and a tasting room here for anyone who wants to pop in. 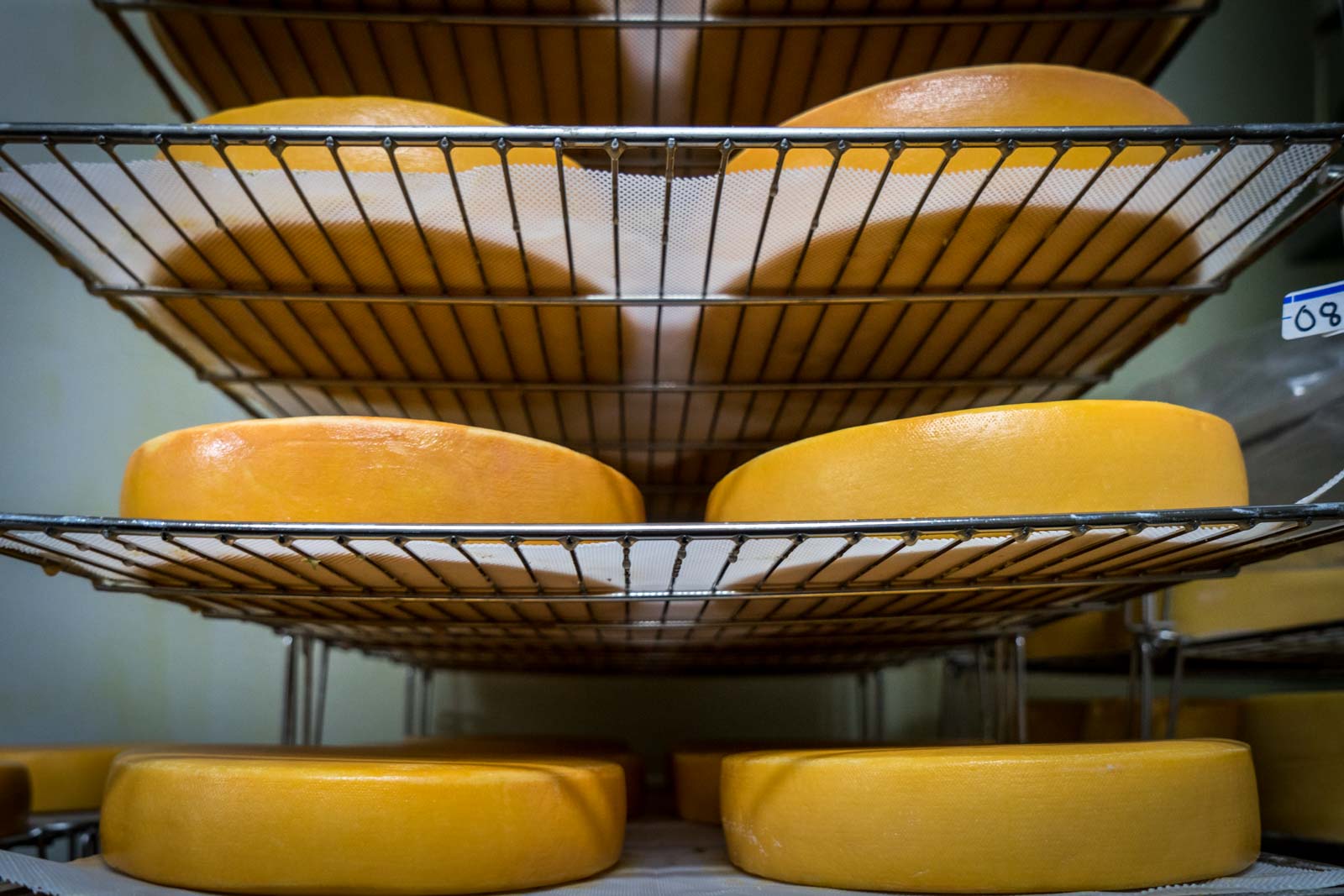 Back towards Quebec City, I stop at another local producer called Cassis Monna et Filles.

Straight away I’m in love with the set up here – a contemporary but homely building with different areas to sit and relax. There’s a popular ice cream stand here but the real highlights are the various types of blackcurrant wine and liqueur. 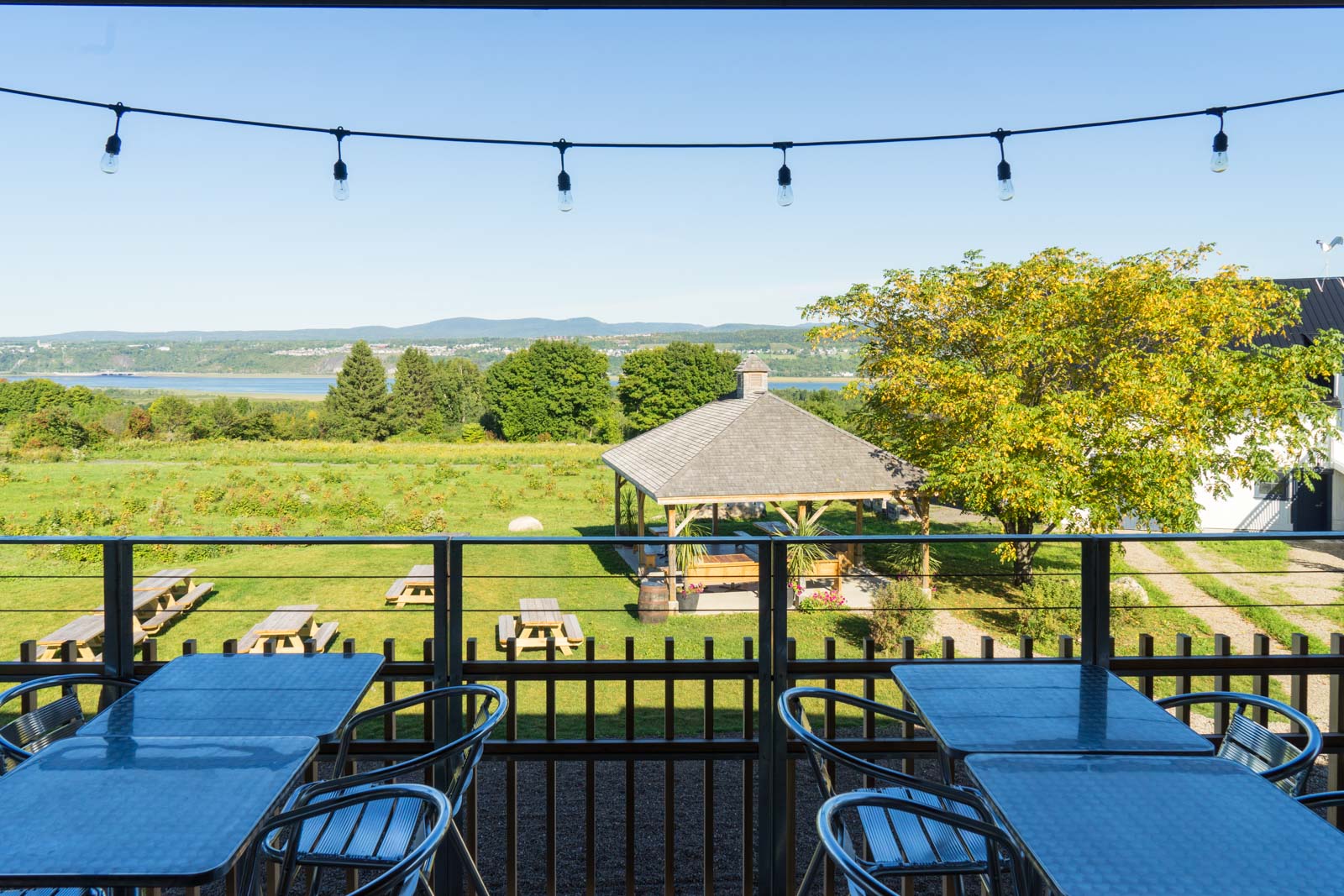 It’s such an interesting taste but is really nice – sweet, but not too much so. I don’t think I’ve ever had blackcurrant wine before but I can see how it would make a great aperitif with ice or, as is suggested, a sangria for a hot day.

The family business is a real success story of the region and it’s great to see so many people stopping here for tastings. 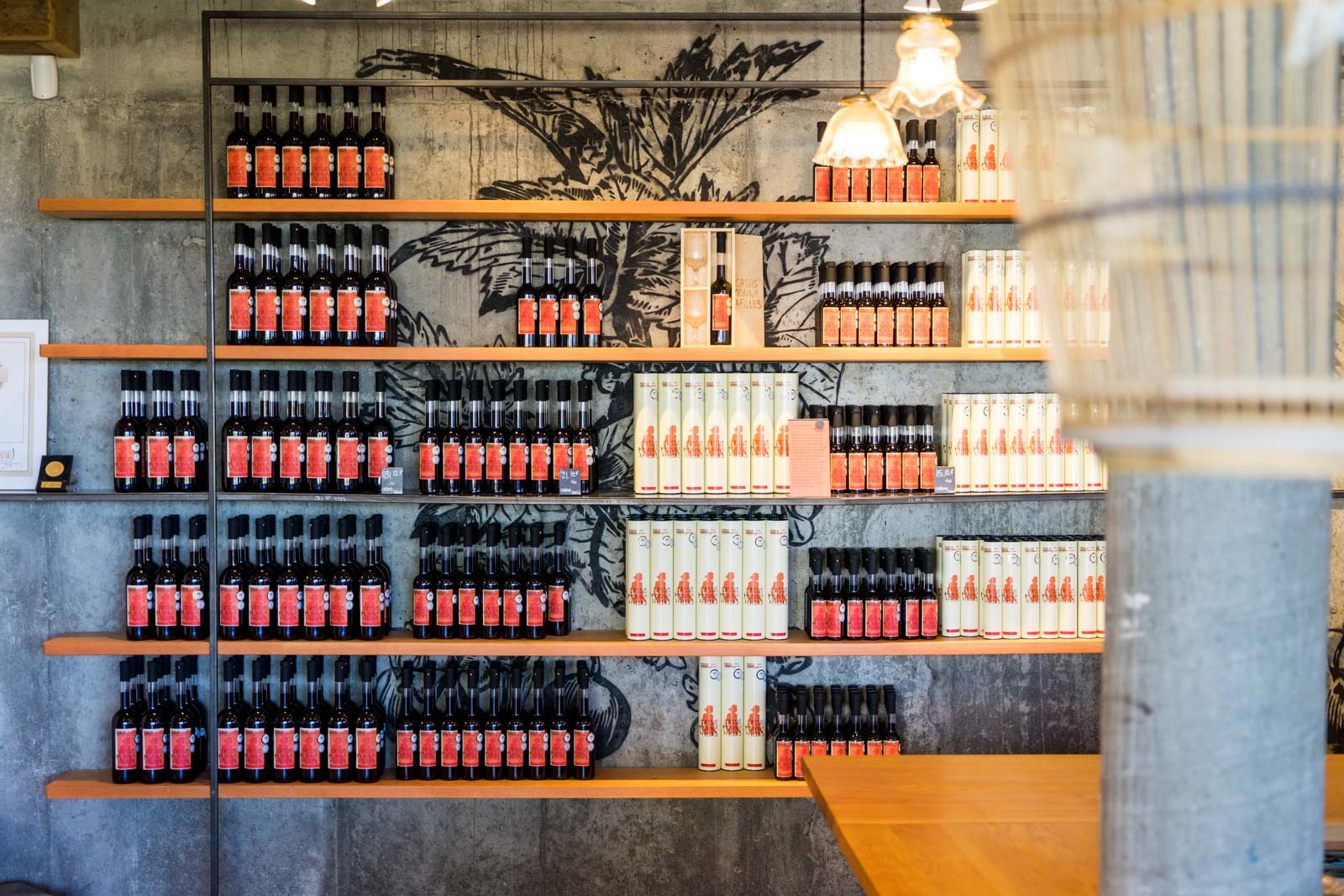 Although my challenge has been to squeeze a lot into a short time, I’ve been able to get a sense of what’s on offer in Quebec.

I think the key is to combine the city and the countryside – to see the history and the architecture but then also experience the influence the French have had on the food and the love of local produce.

There may be a lot here that reminds me of Europe but I’ve come to see the area as uniquely Canadian.

Time Travel Turtle was supported by Tourisme Quebec and Destination Canada but the opinions, over-written descriptions and bad jokes are his own.