As I made my way across Luxembourg, walking the entire country from north to south, I had a chance to see the variety it has to offer.

The capital, Luxembourg City, has a modern feel in some of the more commercial regions… but here in Echternach, just thirty kilometres away, you can get the best sense of the history of Luxembourg from the country’s oldest town.

The woman in the photo below is walking down the side of the Echternach Abbey towards the stairs which lead to the crypt. The sun shines through the stain-glassed window and is caught on the stone tiled ground… right on to the spot where the town was founded.

The first abbey opened here in the year 700 and it was that which brought people to settle here on the bank of the Sauer River. 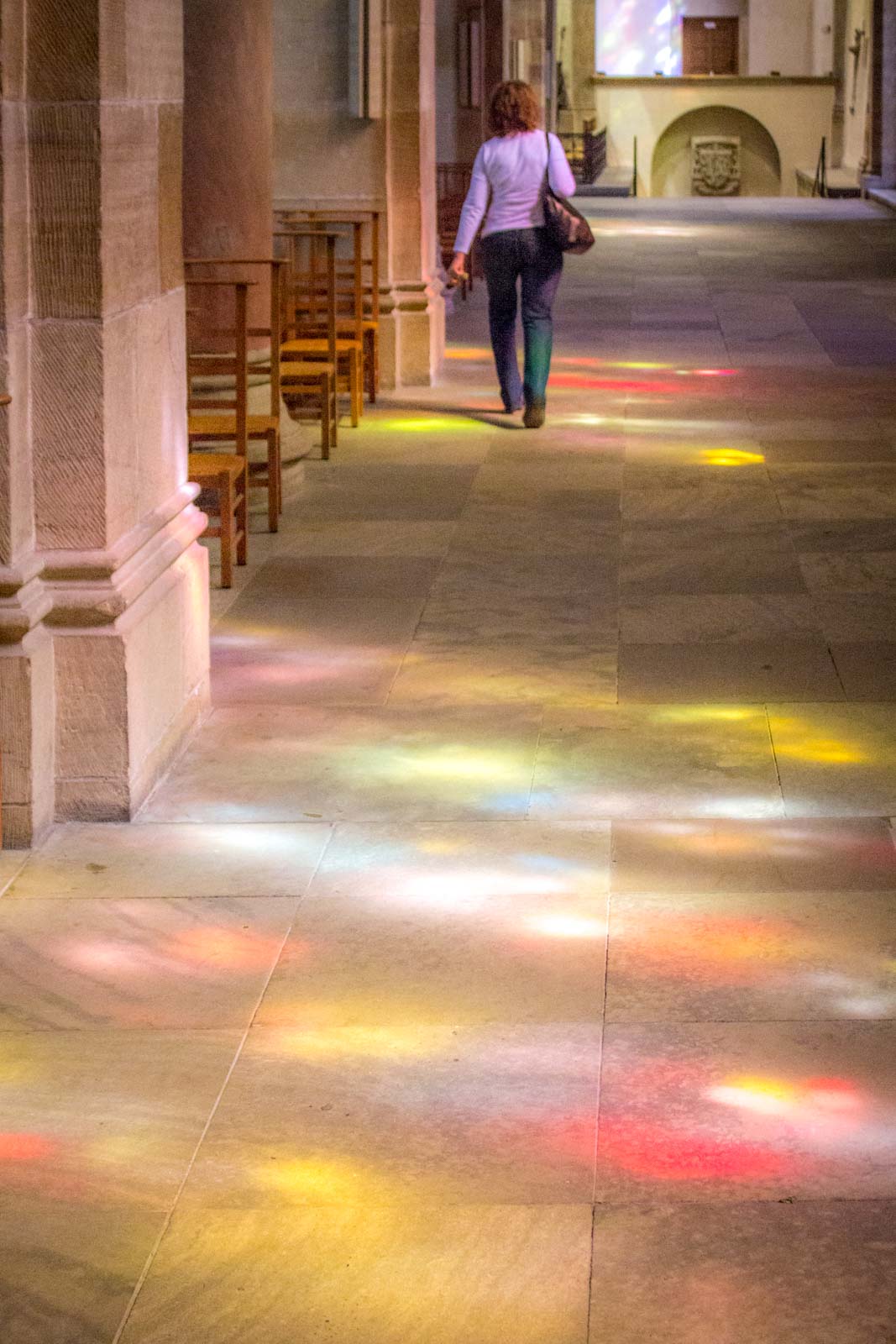 The original church was lost in time and the building that stands here today is just the latest in a series of churches which have been built (and then destroyed). The current one was constructed in 1953. 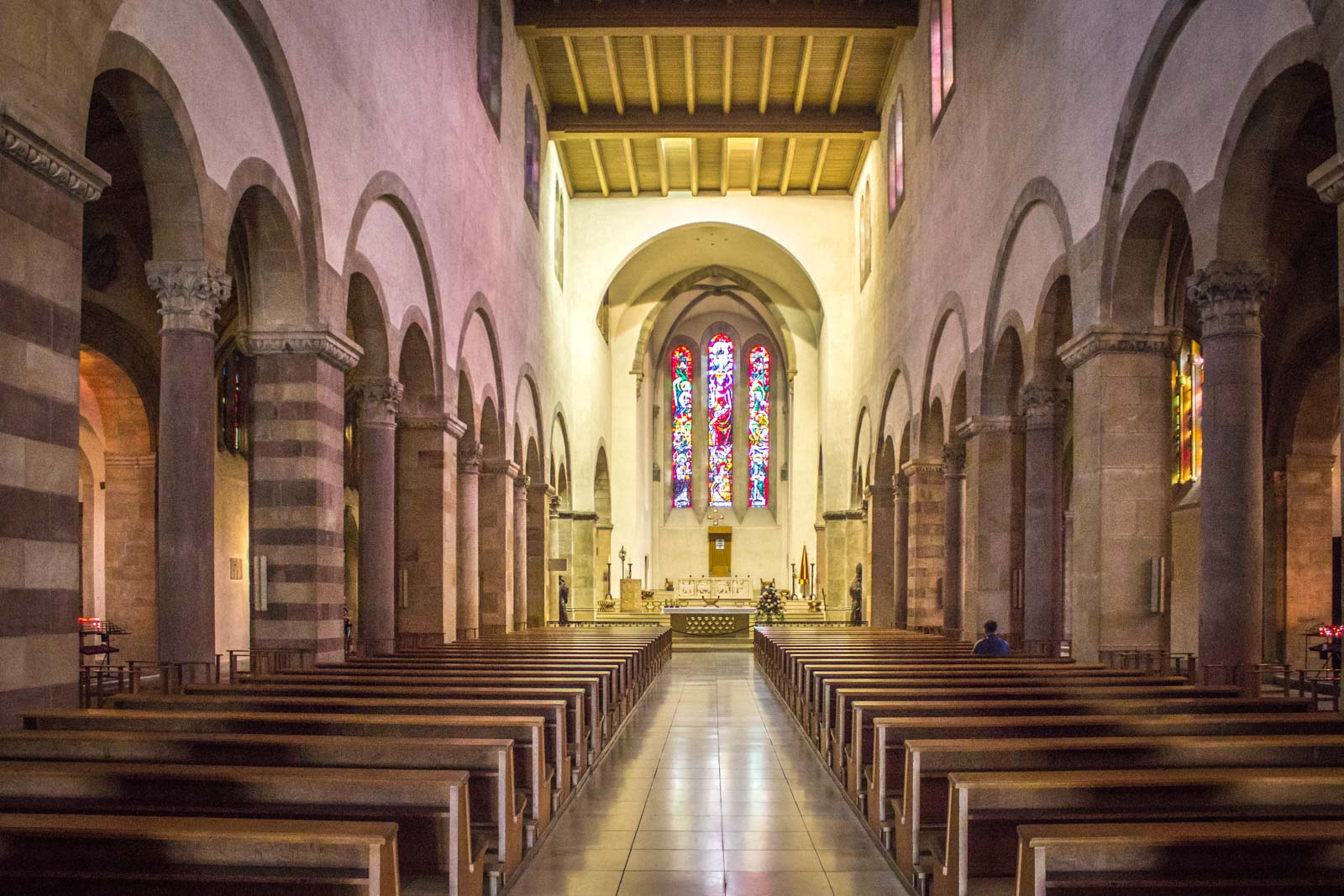 Although the lights inside the church glisten with colour and energise the bland walls and floor, there’s a dullness to the sky outside today. Still, you can’t easily darken the intricate and beautiful details of the design and architecture of Echternach.

In the historic part of the town, where I took all these photos, you can see the Baroque style in many of the buildings.

This is the outside of the church, officially known as the Basilica of St Willibrord, which is considered to be the most important religious building in the country. 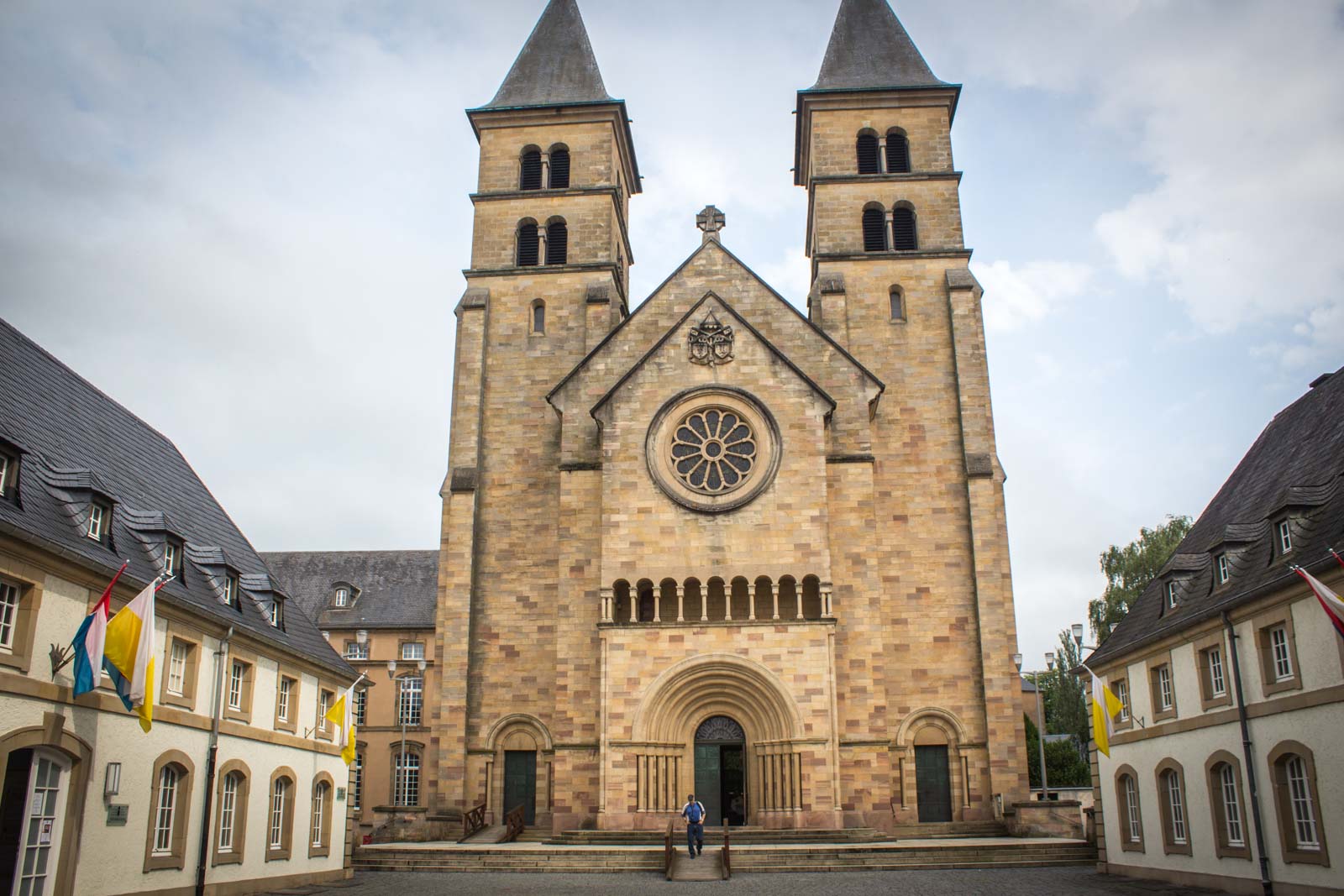 And just next door is the old abbey, which is used these days as a high school and has a small (and rather unimpressive) museum in the basement.

The courtyard around the abbey is protected by these wings. 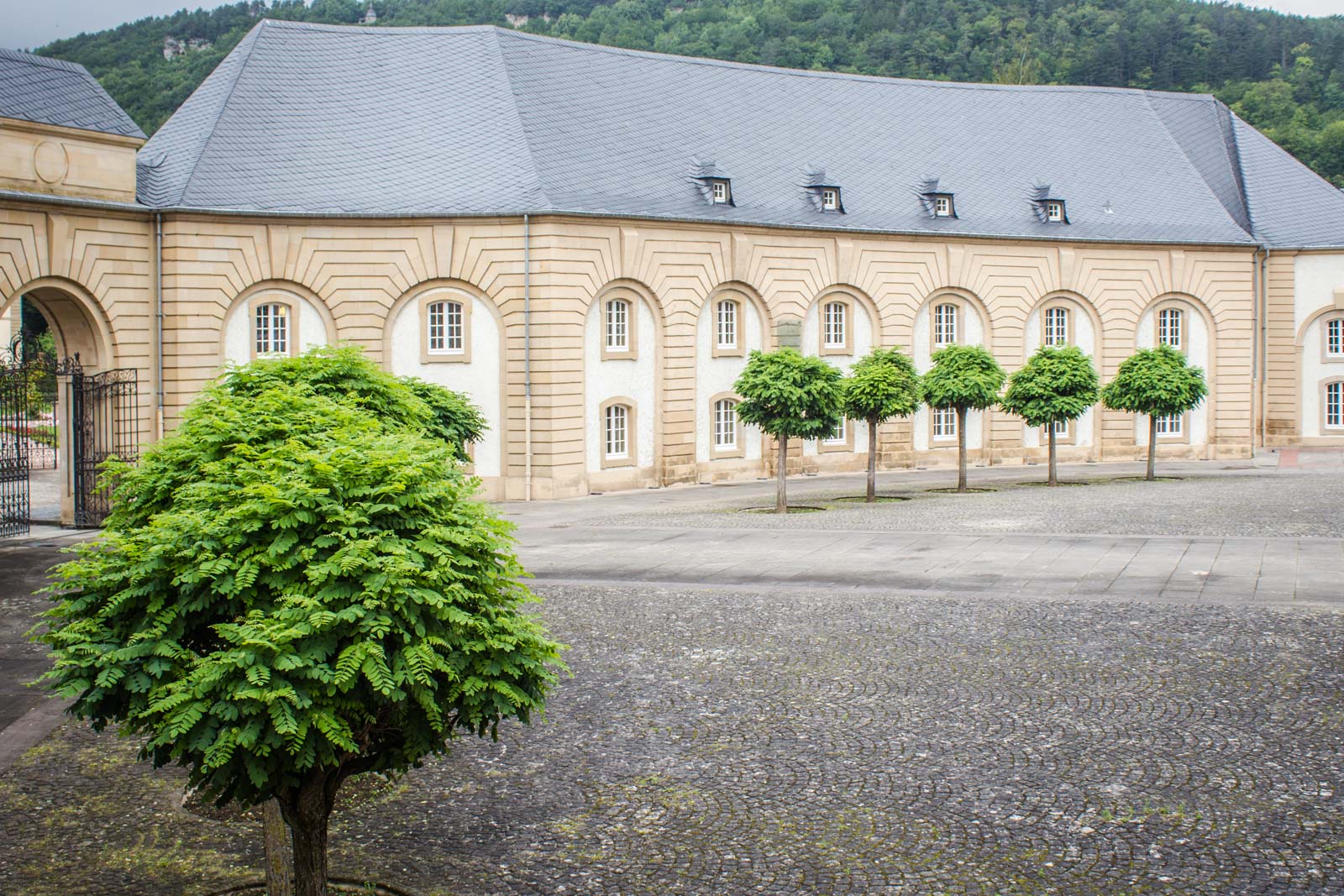 And just over the road is a garden called the ‘Orangery’. It was built in the 1700s and, at the peak, had more than 400 fruit trees in it. 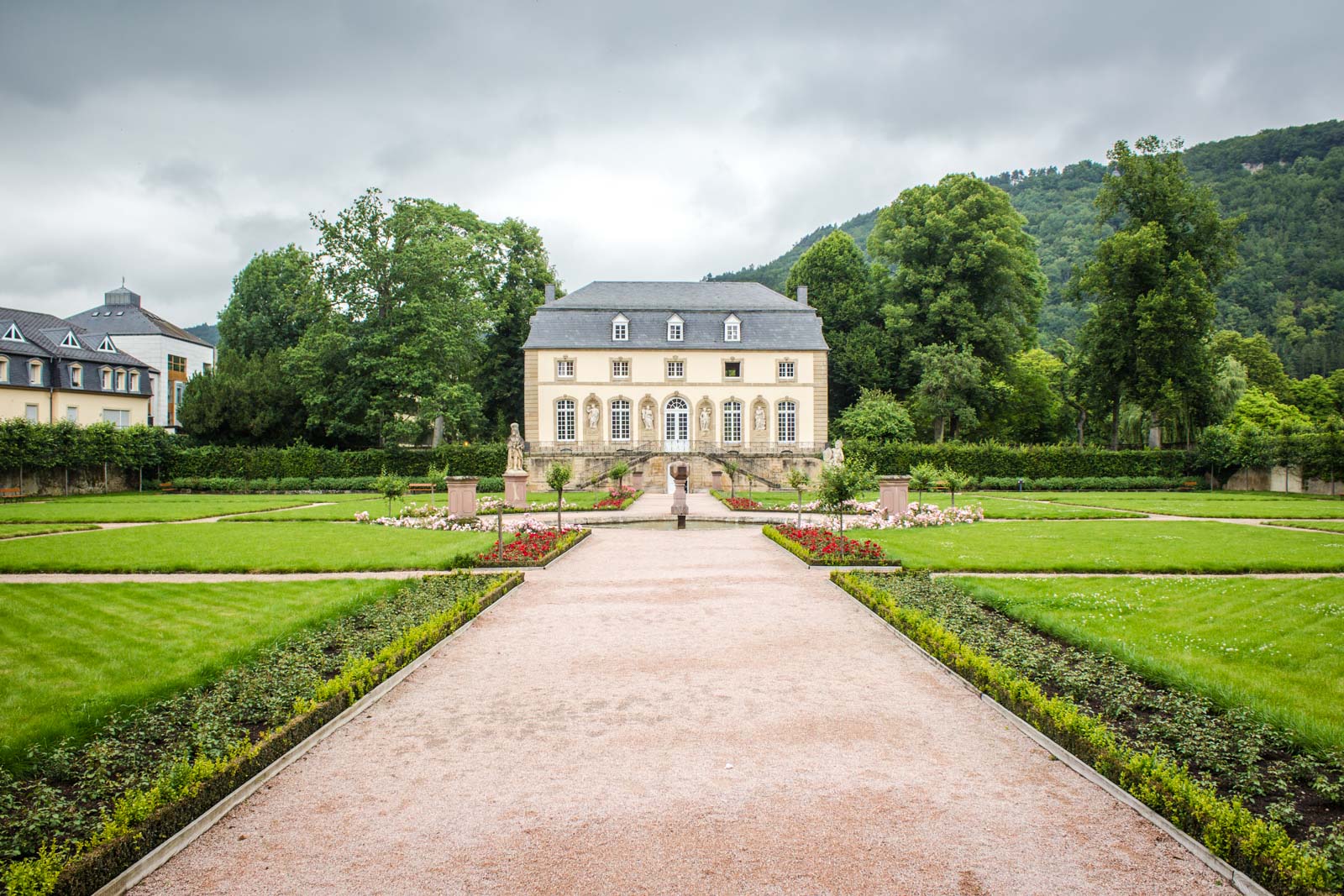 Looking back towards the basilica from the Orangery, you can appreciate the careful attention given to the landscaping by architect Leopold Durand – including the central water basin. 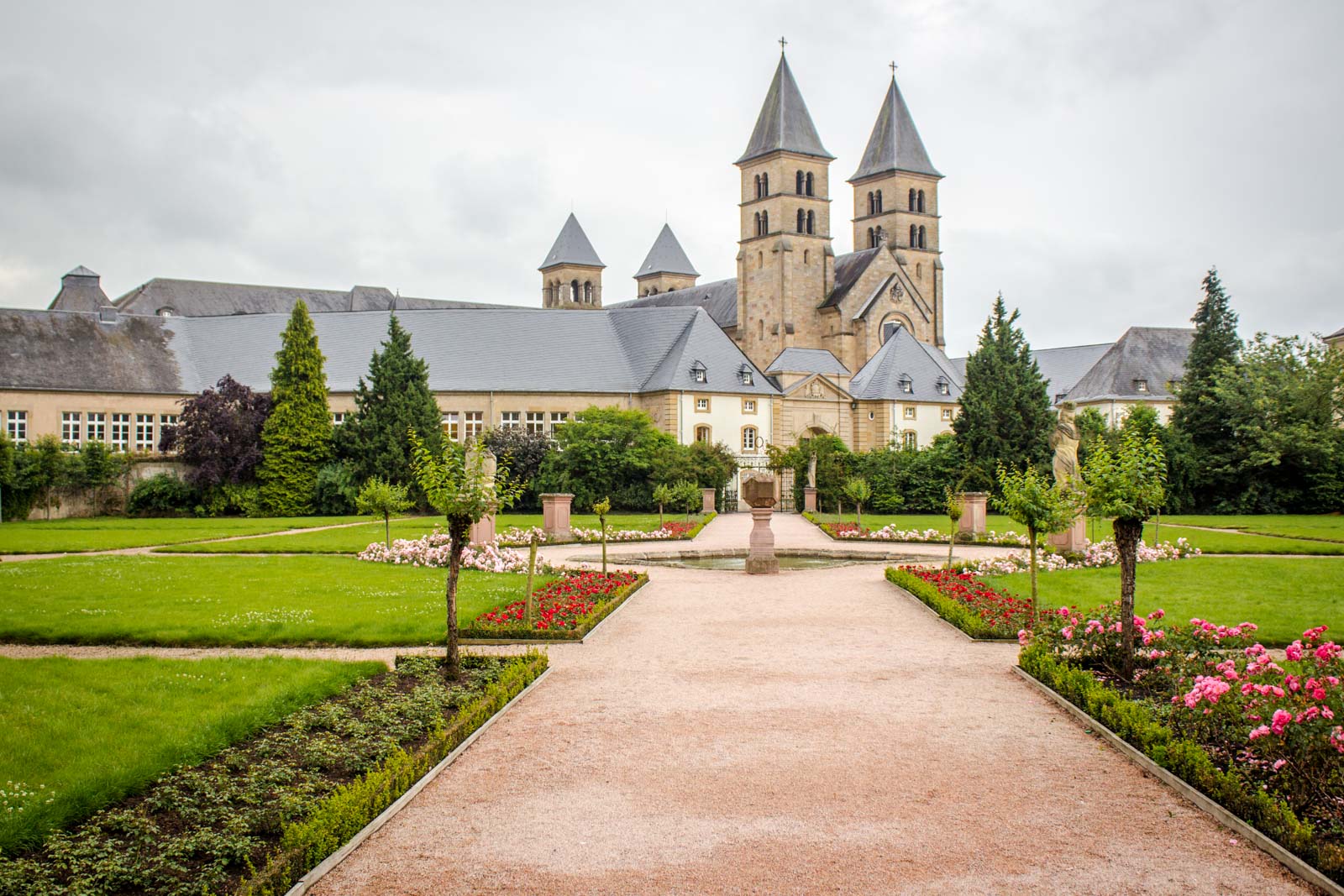 Some statues remain in the Orangery – these feet give away just a few inches. At one point, though, there were a lot more all through the garden and towards the abbey. They seem to have just disappeared. 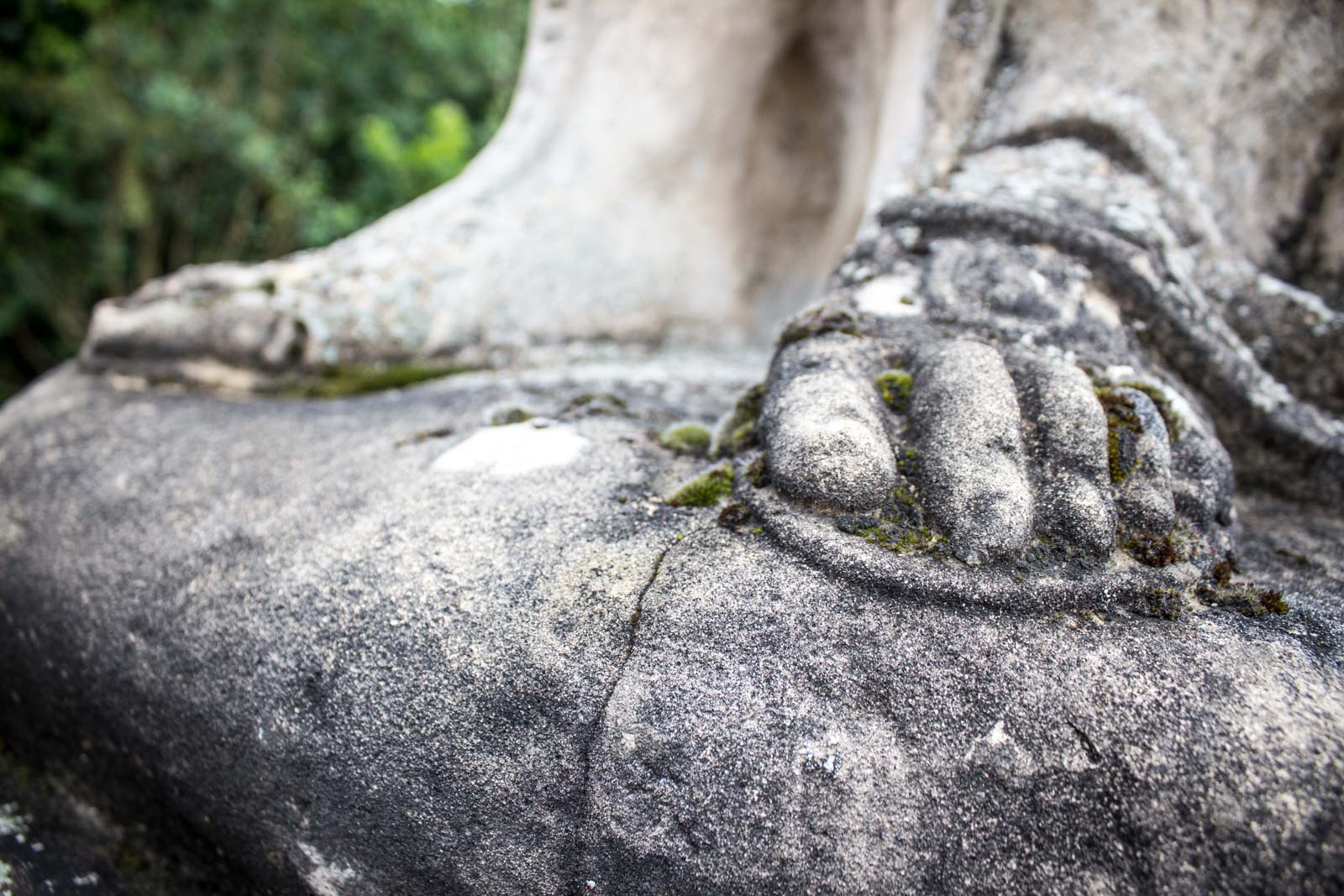 And finally, just across from the church, is a quaint authentic Luxembourg cafe. A perfect place to rest and have a coffee before we continue on the march across the country. 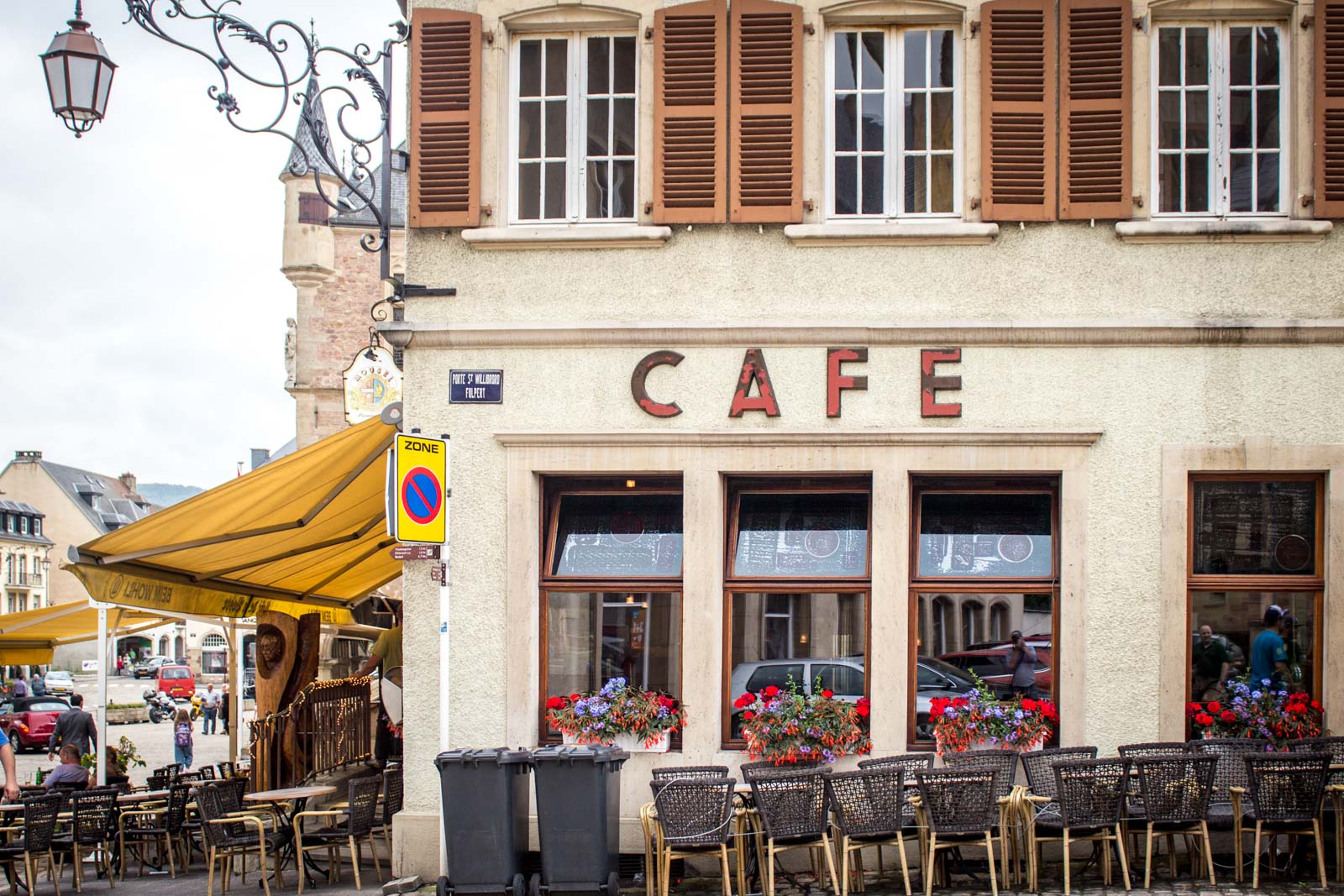 >> Read my story about walking across Luxembourg