“It’s my favourite thing to do in the world and its how you can learn the most about a country.” I’m learning a lot about Nicole just from her accent as she tells me this. I immediately pick it as Australian, with a strong twang but not from the north.

But here she is in the east of London, leading a food tour. True to her assertion, if you follow the food, the culture will reveal itself – and that’s just what she’s done here for the past three years. Nicole wrote the itinerary for the Eating London food tour through this part of the city’s East End.

It’s an area of London that has always been influenced by the migrants and minorities that settled here over the years and the choice of culinary stops on the tour reflects that.

A touch of Jewish cuisine, the South Asian essential, a nod to the former dock workers and a glimpse of the hipsters. To be more specific about our location, we are basically in Shoreditch, the hipster capital of the London.

Every second cafe seems to also be a bike repair shop, there are barbers who only cut beards, and I’ve heard there’s a new restaurant somewhere that serves just cereal (it’s not on the tour yet).

Luckily I’m not wearing the unofficial uniform of the hipsters – the skinny jeans – because there is a lot of food involved. That may not sound surprising but I can tell you I have been on some eating tours where I finish hungry. That’s definitely not the case here. Like Nicole, I’m from Australia and have found myself spending a lot of time in east London over the years.

A tour like this is, I assume, aimed at foreign visitors but as Nicole points out little tidbits of history and takes us to her favourite restaurants, I feel like I’m seeing my local area anew.

I especially enjoy the combination of the general knowledge of the district with the culinary aspects. In some ways, this is a journey through time:

The fish and chip shop filled with wartime memorabilia…

And the  modern design of Shoreditch’s most popular trendy restaurants. 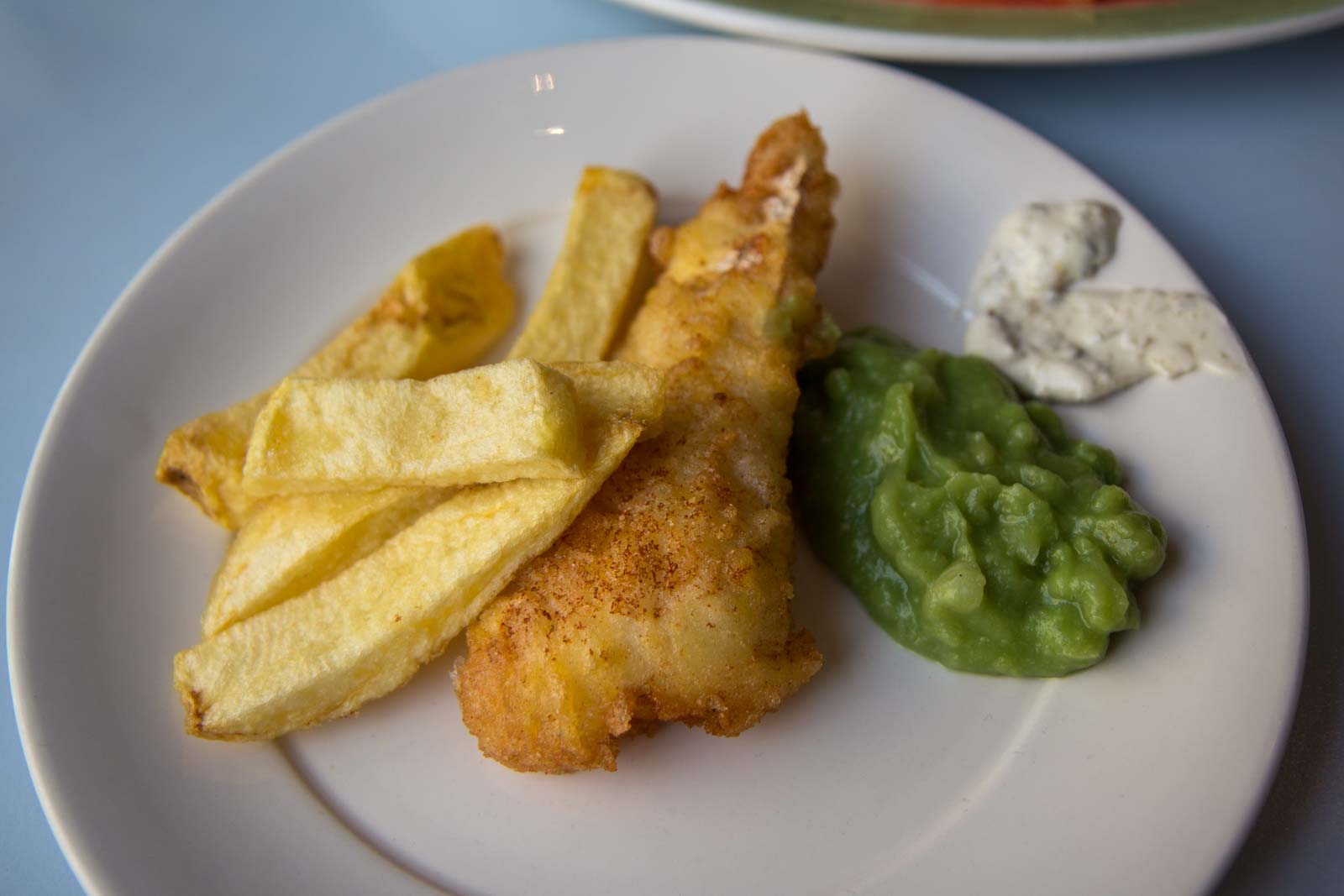 But, then again, it’s not history – it’s today. The influences of this ever changing social demographic in east London are clear to see and it makes a tour like this about more than just the food – it’s about the city itself.

Time Travel Turtle was a guest of Eating London but the opinions, over-written descriptions and bad jokes are his own.