When it comes to destinies, Dashpurev Tserendeleg probably had his written for him from a very young age. It just took him a while to realise that.

I meet him on the vast expanse of the Mongolian landscape – his home. We’re at Hustai National Park, several hours from the capital Ulaanbaatar. It’s here that one of the country’s most important animals lives – the Przewalski’s horse, the only truly wild species of horse in the world. 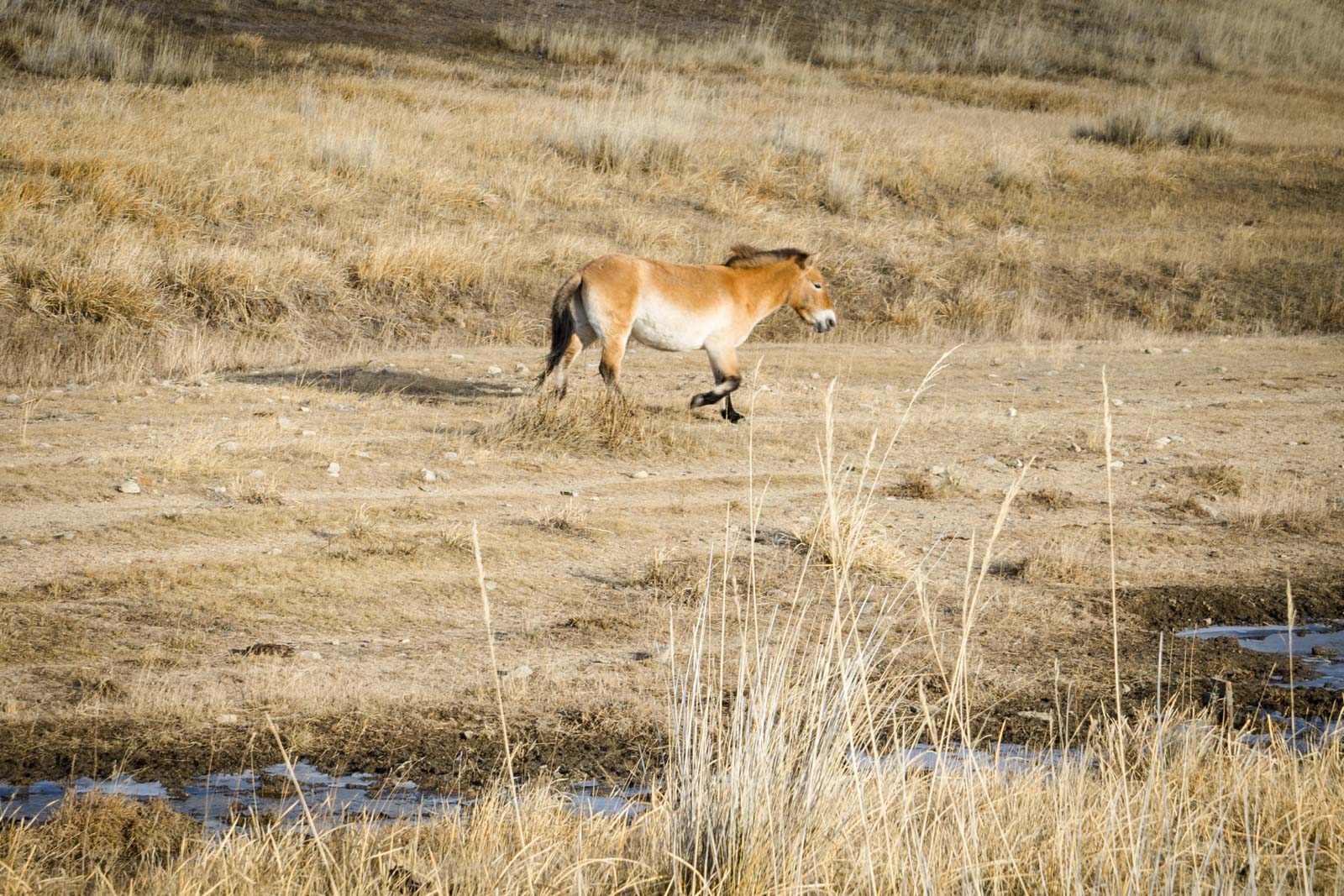 The Przewalkski’s horse was extinct outside of captivity until just 25 years ago when an international coalition reintroduced them to this spot. It’s a fascinating story and I’ve already written a bit about the background and what it’s like to see the horses at Hustai National Park.

Dashpurev was just a child when the horses were brought back to Mongolia but his father, Jachin Tserendeleg, was one of the founders of the project. He was Mongolian, whereas most of the others were foreign, which brought another special connection. 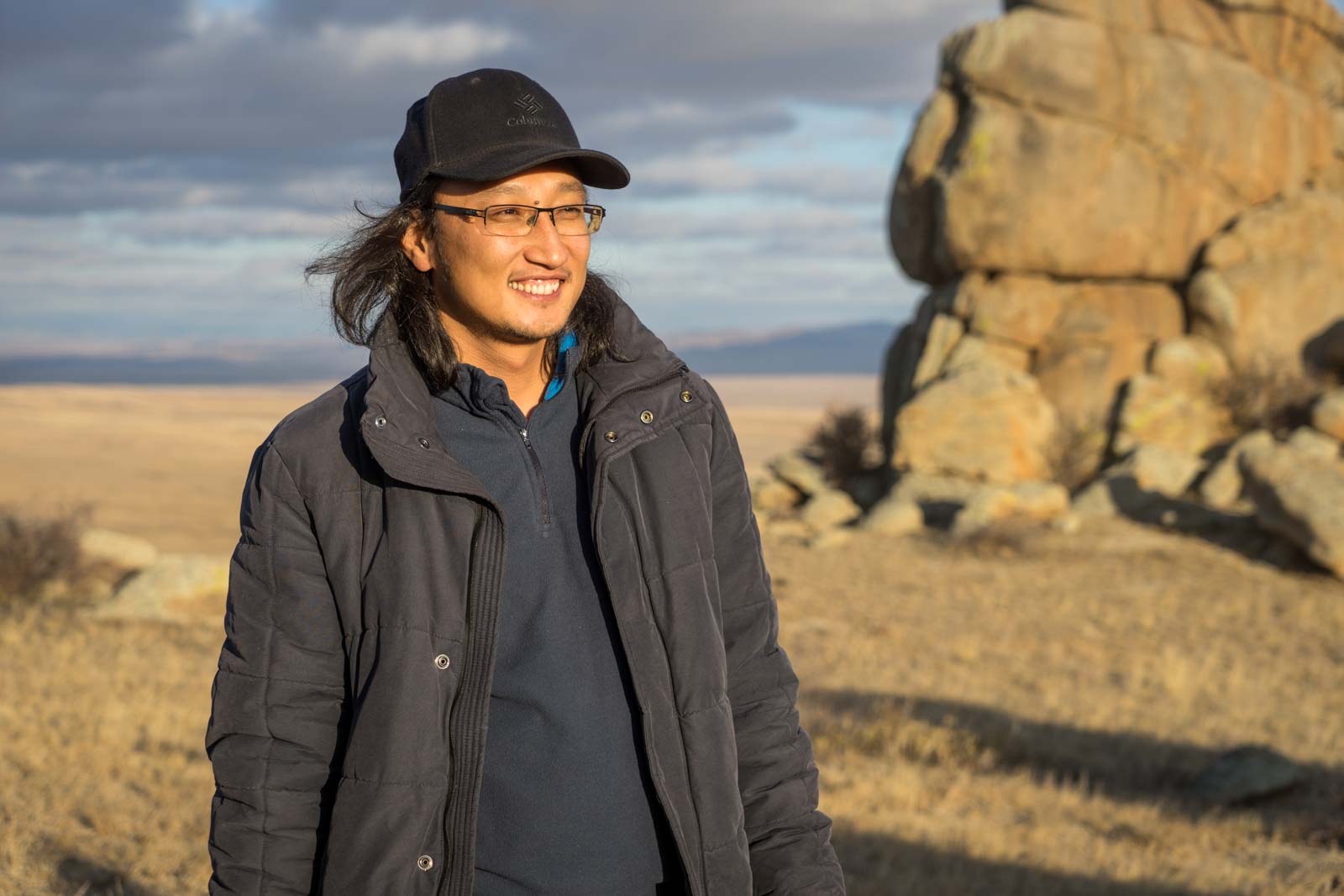 Dashpurev would spend time here at Hustai as a child but it never held the same attraction for him as it did his father. Science was the passion of his father who, interestingly, was also the first Mongolian scientist to explore Antarctica and the first environmentalist to be officially honoured by the country’s government. 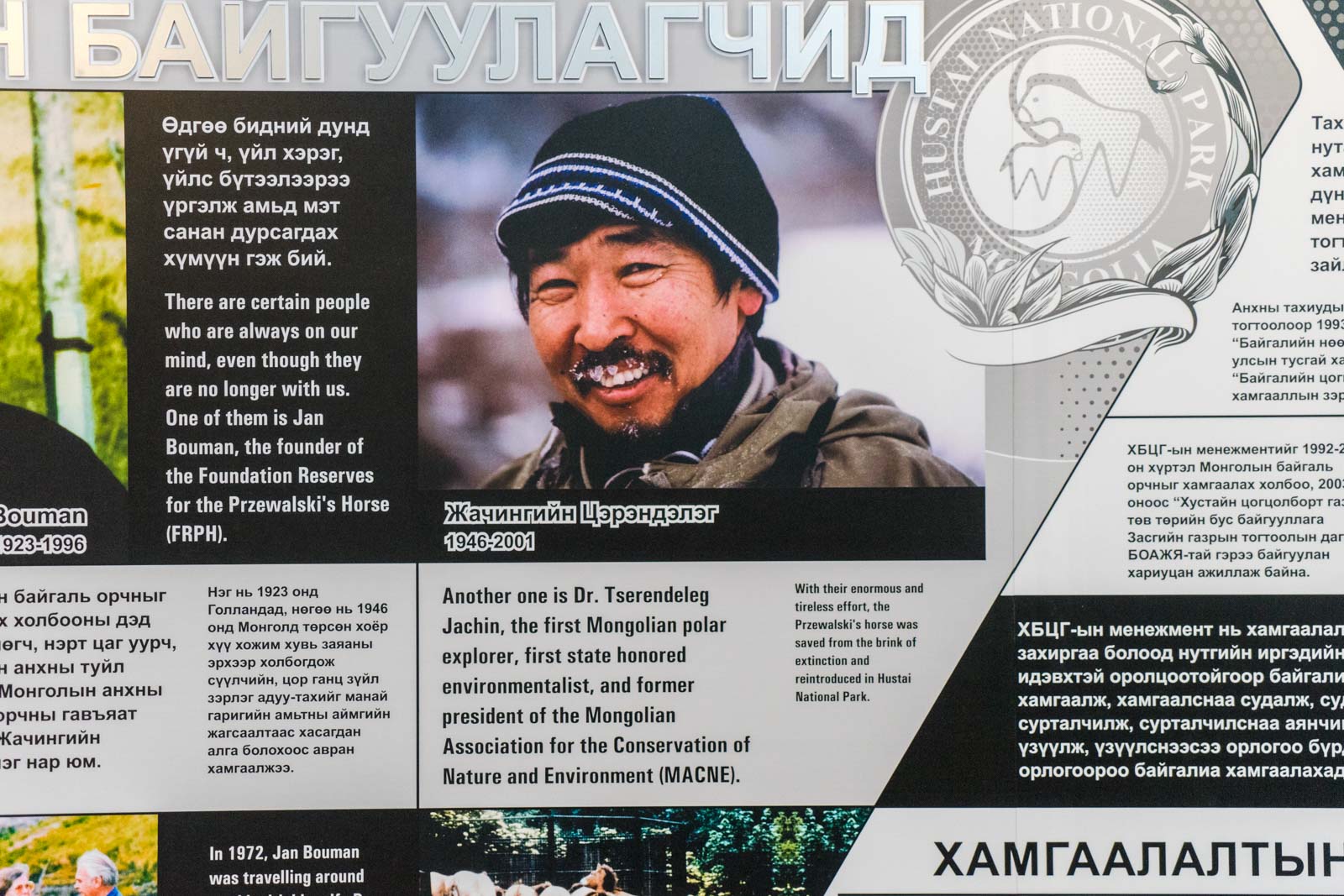 When his father passed away, Dashpurev found himself back at Hustai, continuing the work that had been started here. It may not have been his plan but the connection to the land and his father’s legacy was too strong to break. He’s now the director of the Hustai National Park Trust.

“Sometimes I think I was destined to be here,” Dashpurev tells me when we sit down for a chat after I’ve been here a couple of days.

“Unfortunately now my father has passed away some years ago but he always bring me to the nature and I was always following him. But in my childhood, I wasn’t that person. I think I was more a journalist at that time. But I think maybe he gradually teach me how to work it, with the people, how to manage it. Probably I realised it too late but I’m trying to do best, of course.” 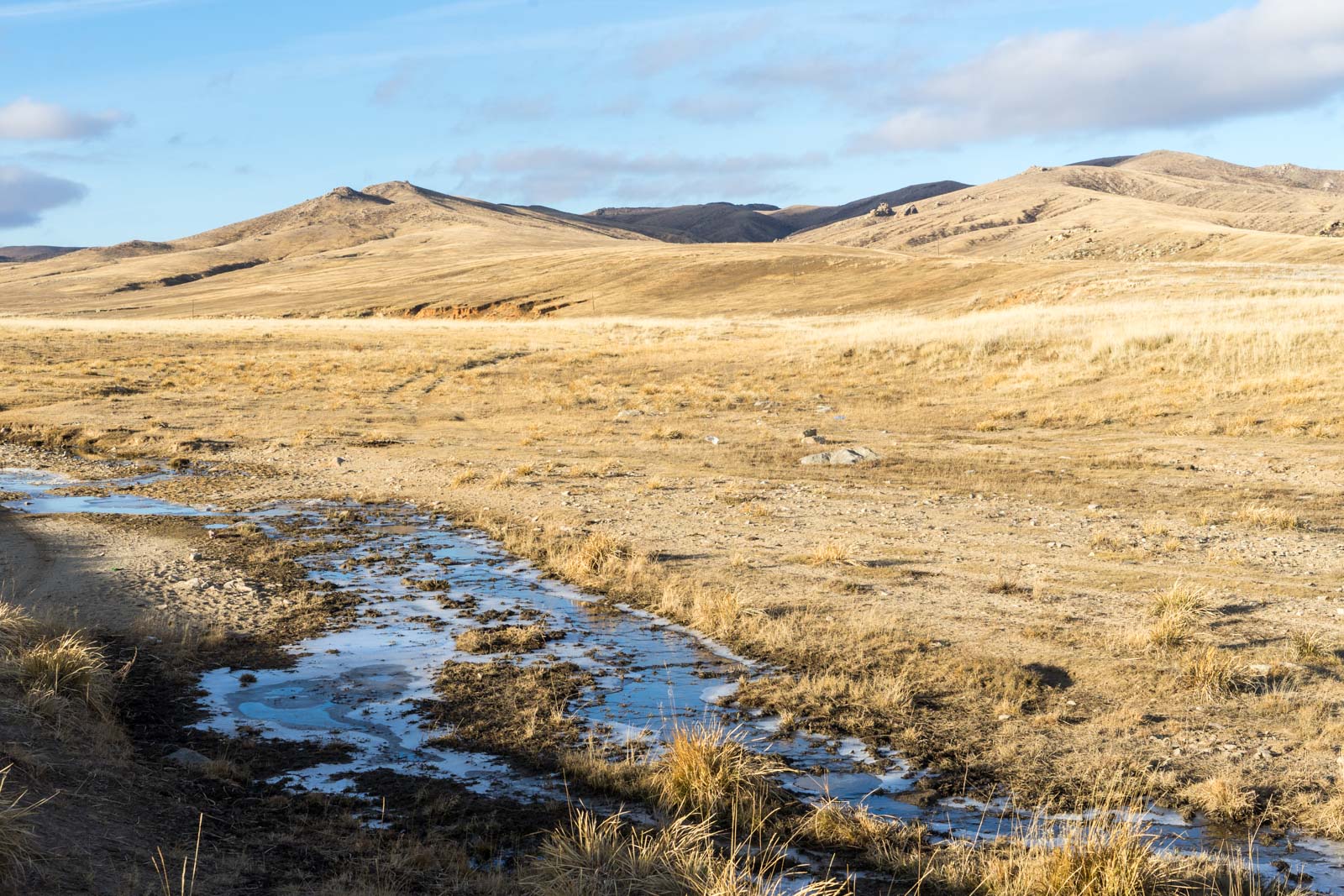 I feel like Dashpurev is being modest when he says he’s just trying to do his best. The horse population is safer and healthier than ever; the scientists working in the park are continuing their research; and it’s become a popular site for visitors. And on that last point, I can see why!

“This is the real Mongolia,” Dashpurev says, “because Mongolia is a mountain steppe area.”

“Most of the land – more than 50 per cent – is mountain steppe. So with Hustai, you can imagine what is the real mountain steppe. But besides, it’s full of wildlife and we have the Przewalski’s horses – the Mongolians call it takhi. It was once in the wild extinct and it’s been reintroduced so it’s a huge contribution from Mongolia for the world nature conservation that we bringing back these horses – with our counterparts of course.”

“And at the same time, we are offering other wildlife like red deer, gazelle, sheep, wolves and foxes and marmots. So, I should say that you can see the steppe but with the spirit, with the animals.” 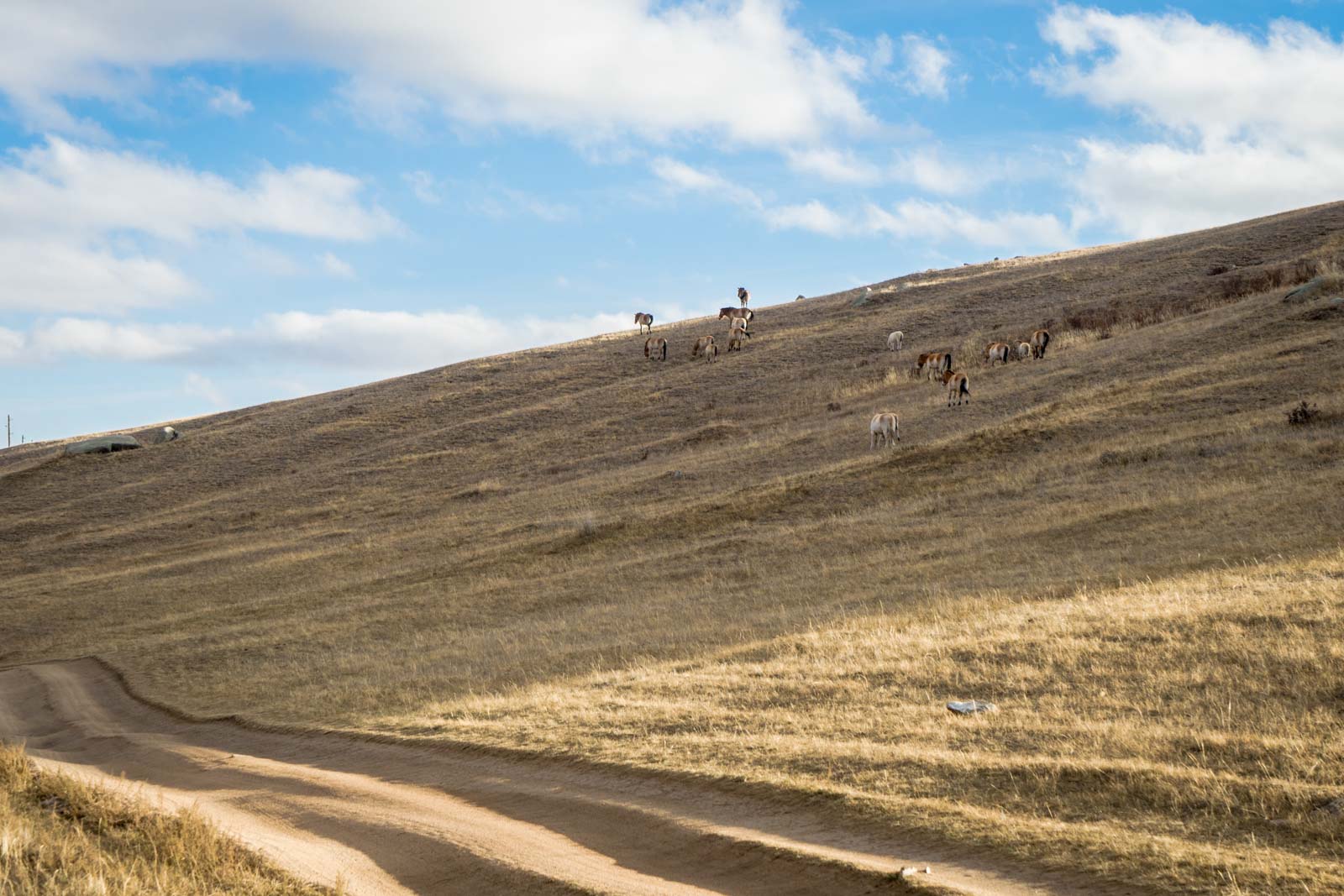 The natural wonders here – and the miracle of the Przewalkski’s horse in particular – are attracting tourists and the numbers have been increasing in the past few years. That it is bringing awareness to an endangered species is important. What’s also important is that visitors are helping to fund the work that’s happening on the ground here at Hustai National Park.

“Tourism is the main income resource in our area – more than 90 per cent of our budget comes from tourism-related activities,” Dashpurev explains.

“But at the same time we have to control it. If you overdevelop it, it will destroy your nature… especially in Mongolia because our ecosystem is quite fragile and vulnerable and it takes a lot of time to recover.”

This is one of the biggest issues that the authorities at the park are grappling with at the moment. There is very little infrastructure past the gates and the main camp – which is one of the things that I love when Dashpurev drives me around. You are in the middle of nature, with almost no other trace of humans. 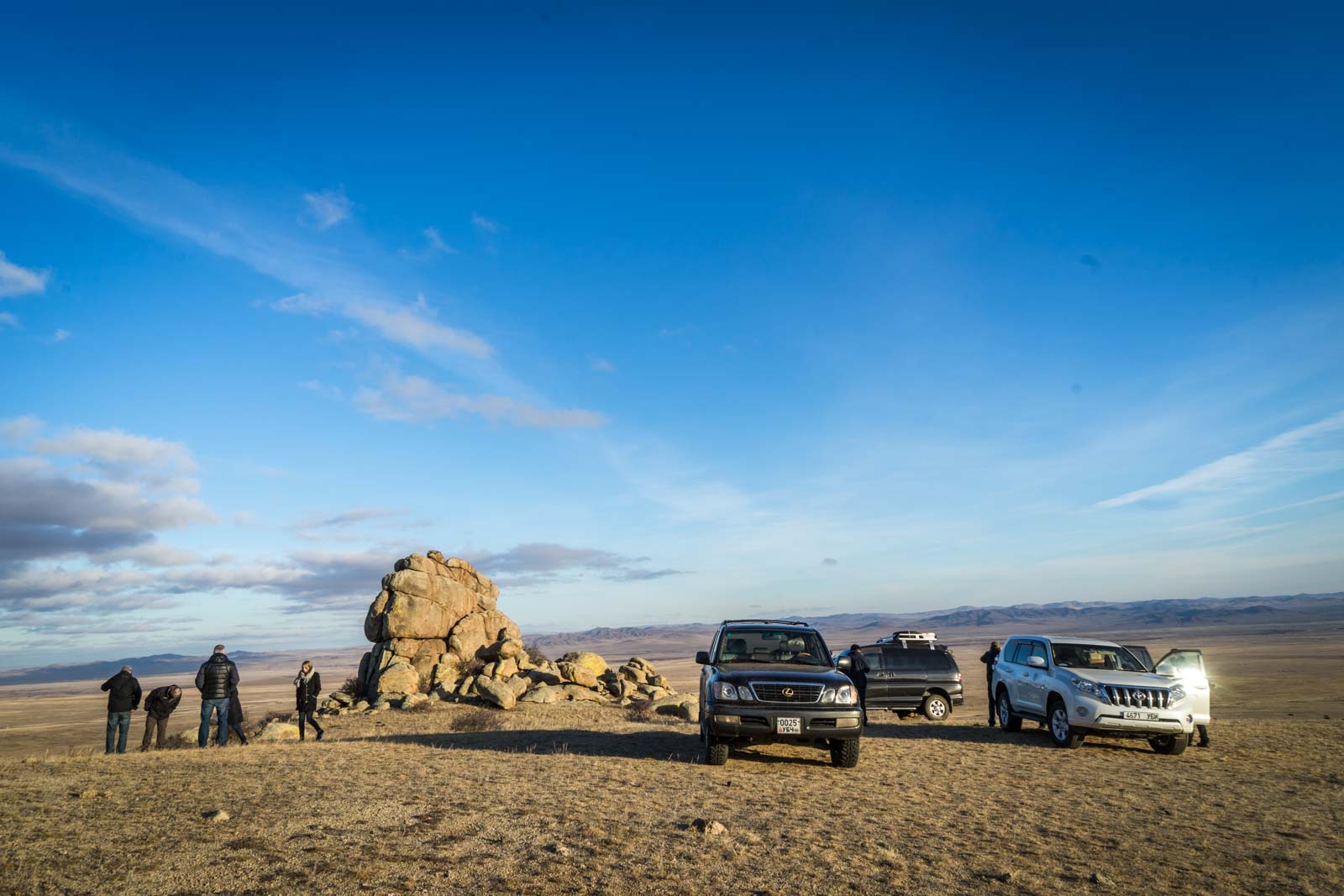 “I think in the future we’ll have to limit the number of visits because most of the tourists are coming in the summertime – June, July and August,” Dashpurev tells me when I ask about his plans.

“So we’re planning next year there will be some timetables – like visitors come in, they will not go into the field straight away, they should wait for the next line and there should be a controlled guide. Because we observed some not good behaviours from the guides and the tourists as well. So, if it’s happening more and more, it will be difficult. So maybe if we start it earlier, it will be better.” 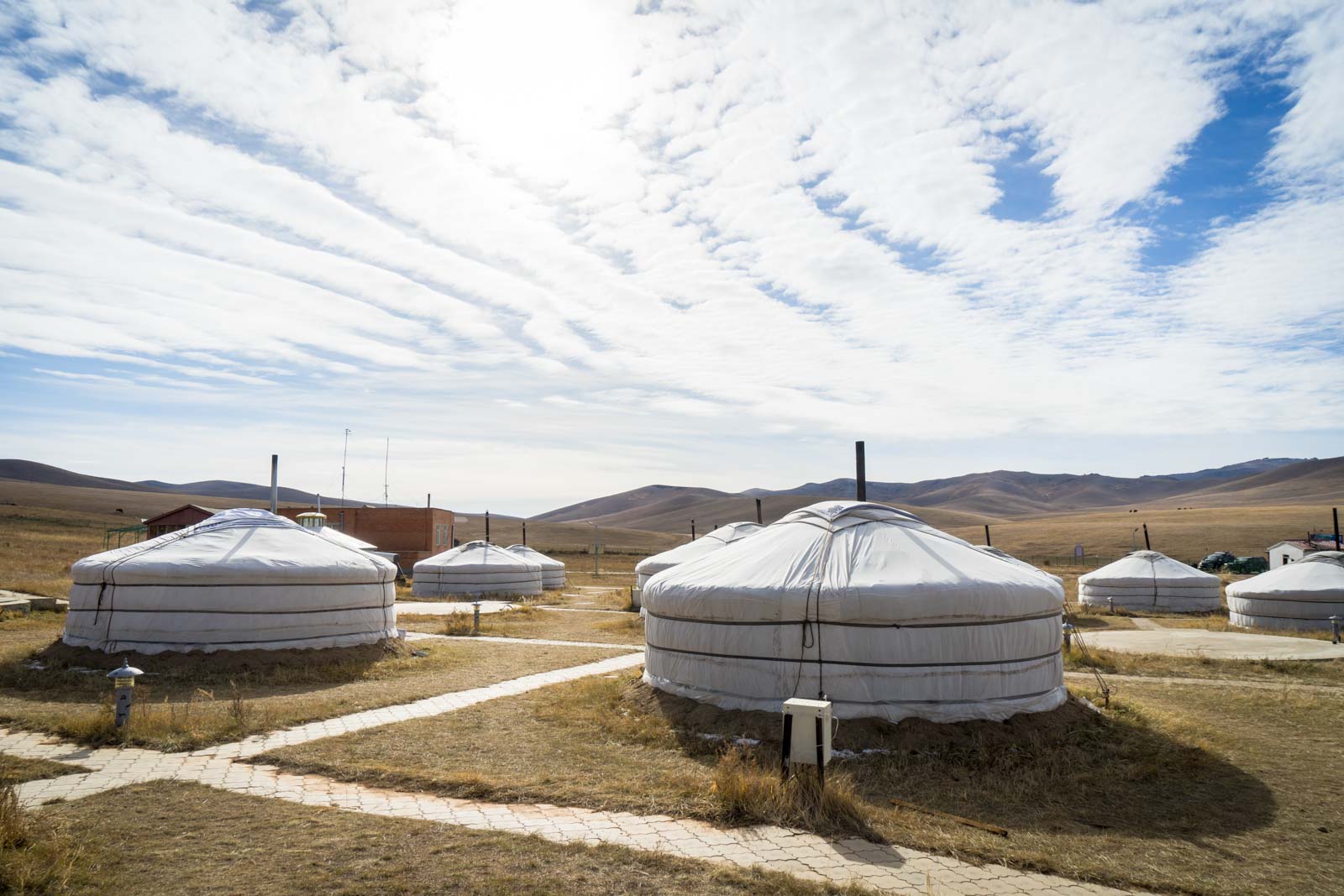 I find it odd that the Hustai National Park Trust has to rely so much on tourism for their income. There is some investment from overseas (Dutch, mainly) but the Mongolian Government itself doesn’t fund much of the project. Dashpurev almost wears that as a badge of honour, though.

“You have to go independently and make your own financial resources,” he says.

“So that is why we are developing tourism since 2000 and that was an idea in the future how you should finance yourself. Also we have a contract with our government and the minister of the environment and tourism so all this financial issues should be in the NGO and not state-subsidised. So we are happy to take even a little burden out of our government budget.” 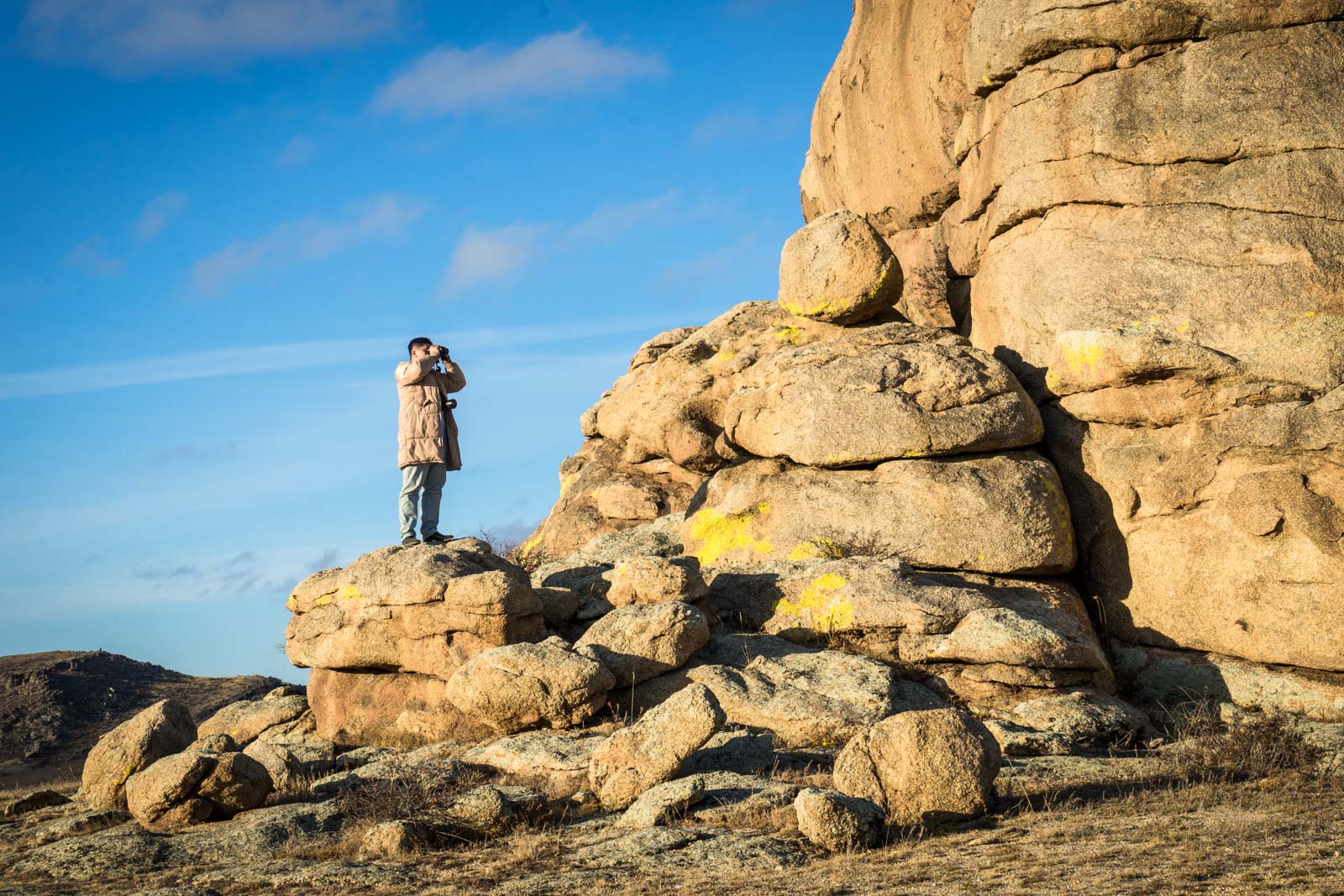 On a day to day basis, Dashpurev has his hands full professionally. He is looking after budgets, he is managing the research, he’s making sure the park is running smoothly, and he’s looking after the tourist experiences. I imagine it’s easy to get bogged down in the details and not step back and look at the picture often enough.

But he should – because this is really an incredible project. A beautiful species has been saved, land has been protected, and there’s a genuinely rewarding experience for visitors. When I ask Dashpurev about this, he brings up something else that I hadn’t considered. It’s about what his father and the other project founders have done for all of Mongolia by successfully reintroducing the Przewalkski’s horse and creating an environment where there are now 350 of them in the park.

“For me, I think it’s not only that we reintroduced them,” he says.

“I think we also gave a huge lift to the people that we can bring back these animals which are extinct in the wild. Because many people had doubts, that it’s difficult to bring them back, but we did it – so why shouldn’t we bring the other species back to the nature? So it’s a big contribution for that field to give the people to believe.”

If you haven’t yet read my other story about visiting Hustai National Park in Mongolia, please do. It was a special experience for me and part of the reason was hearing about Dashpurev’s story. Destiny or not, seeing such passion is inspiring and I’m glad I was able to share it with you.

>> You can read my previous story about Hustai National Park

How do you get to Hustai National Park?

To get to Hustai National Park, you drive along the main highway leaving Ulaanbaatar to the west until you reach Khustai Mountains Road after about 90 minutes. You’ll then turn left onto an unpaved road for another 10 kilometres until you reach the main camp. Click here to see it on a map.
Public transportation is difficult and it is better to hire a car or go with a tour. However, if you would prefer to do it by bus, I would suggest getting in contact directly with the national park (details below) and asking them for the latest information.

Can you visit Hustai National Park as a day trip?

Yes. I think staying overnight is the best option so you can make the most of your visit and enjoy the ger experience. However, I know people are often short of time so it is possible to see the horses on a day trip. I would suggest using this tour from Ulaanbaatar.