Are these expensive dresses really worth the amount they cost? I mean, some of them would have cost as much as a house back in their day!

Surely they can’t actually be that valuable, as an object.

I wonder whether it’s not so much about how much something should cost… but more about making it unattainable to pretty much everyone except a few. I ponder this as I explore the Cristóbal Balenciaga Museum near the Spanish city of San Sebastian.

I feel a little silly that I have never heard of this designer before – then again, haute couture is not really my speciality.

As I look at the exhibitions, read the signs, and listen to the guide, I realise how important he was for the fashion industry. Cristóbal Balenciaga was born here in the town of Getaria on the Spanish coast and it’s where he, as a young boy, first caught the attention of the right people in the aristocracy and the fashion world.

His mother was a seamstress and, as he helped her in her work, he showed a natural brilliance. He opened his first boutique in San Sebastian in 1919 at the age of 24 and had great success in Spain with the royal family and other celebrities wearing his designs.

However, it wasn’t until he moved to France (mainly because of the Spanish Civil War) and opened his shop there in 1937 that he was truly to begin on his path to legendary status. Cristóbal Balenciaga is still regarded as one of the leading and most influential couturiers of the 20th century. The museum traces his career but the chronology is just one element of the story.

What it really focuses on is the experience of wearing Cristóbal Balenciaga and how his designs fitted into the social world of the time. 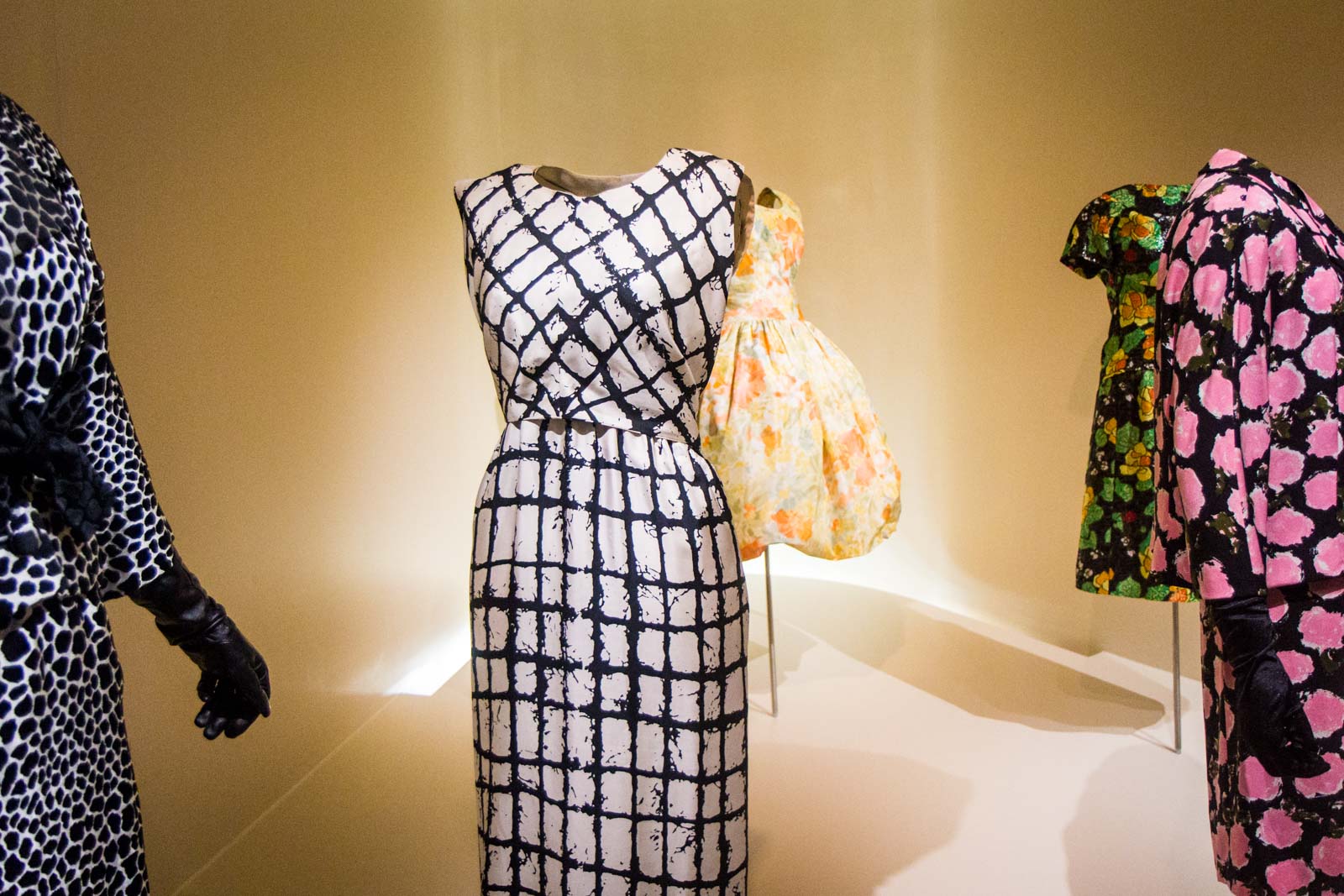 His customers are described in the museum as ‘unconditional’. They were the elite of society and for them (moreso, perhaps, than the average person), their clothes were an external symbol of the personality and status.

They needed to look like the person they were and having a unique outfit that had been chosen by them and then fitted for them was all part of the deal.

The haute couture firms that they frequented were exclusive clubs that displayed their social success. Cristóbal Balenciaga’s firm had a simple doctrine: “Each woman has a style and that style must be respected even before following the imperatives dictated by fashion trends.”

You can see that in the dresses that are on display. Although there are some recurring themes in the designs – a shift from sartorial innovation to constructive minimalism – each piece is unique.

The names of the original owners of the dresses are on the signs next to each of them. I don’t recognise any of the people but I imagine what they might have looked like, and it’s easier to do that by seeing what they chose to wear. 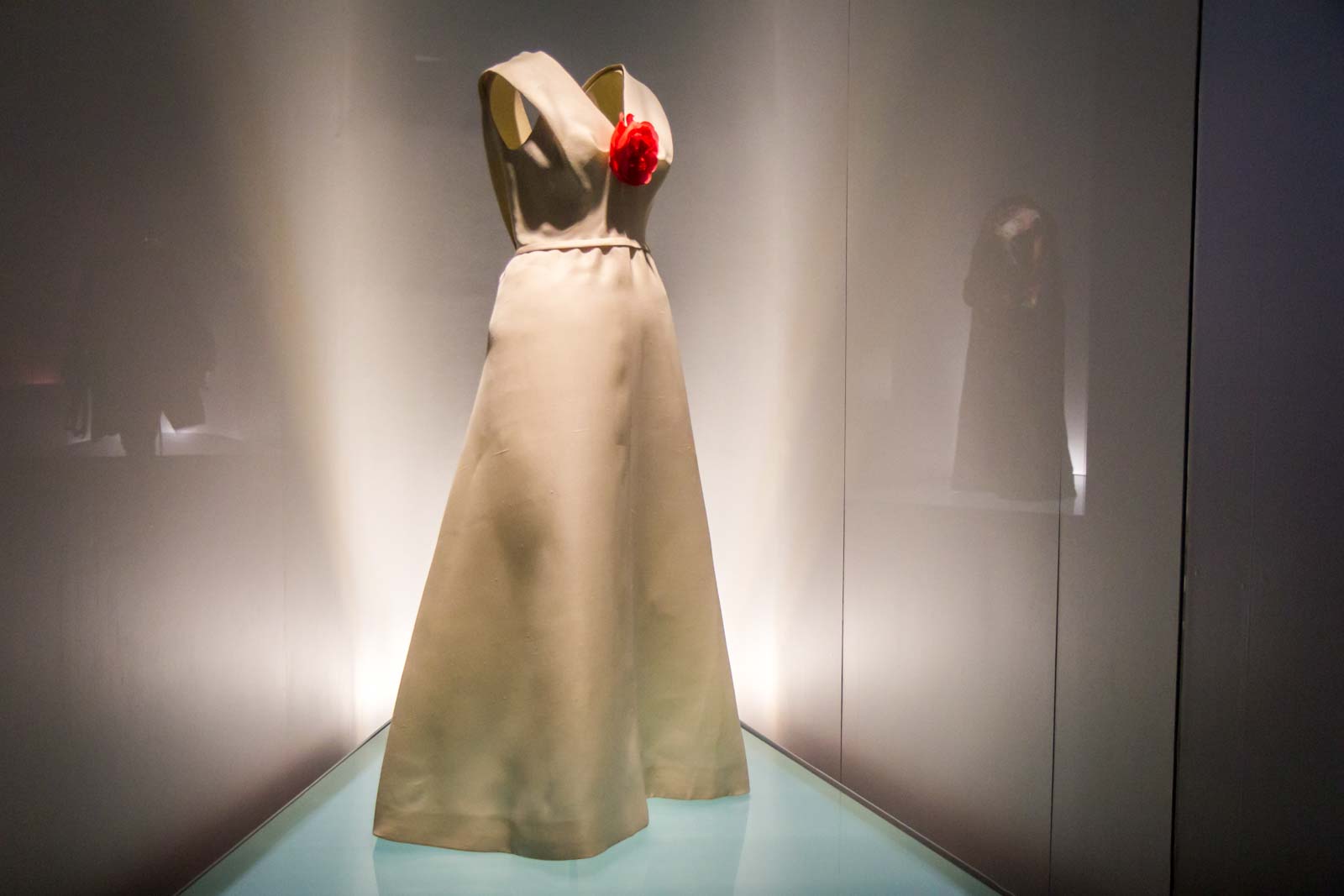 I do wonder particularly about one woman who is mentioned a few time because she was a regular customer of the firm. She even had a special outfit made by Cristóbal Balenciaga for when she wanted to do her gardening.

What kind of person would spend so much money on clothes to wear in the dirt?!

Well, obviously she was the kind of person who lived her whole life in haute couture because it projected who she was. Other customers maybe only bought a small selection of dresses to wear to the most important social functions.

Regardless, though, these weren’t clothes for just anyone. 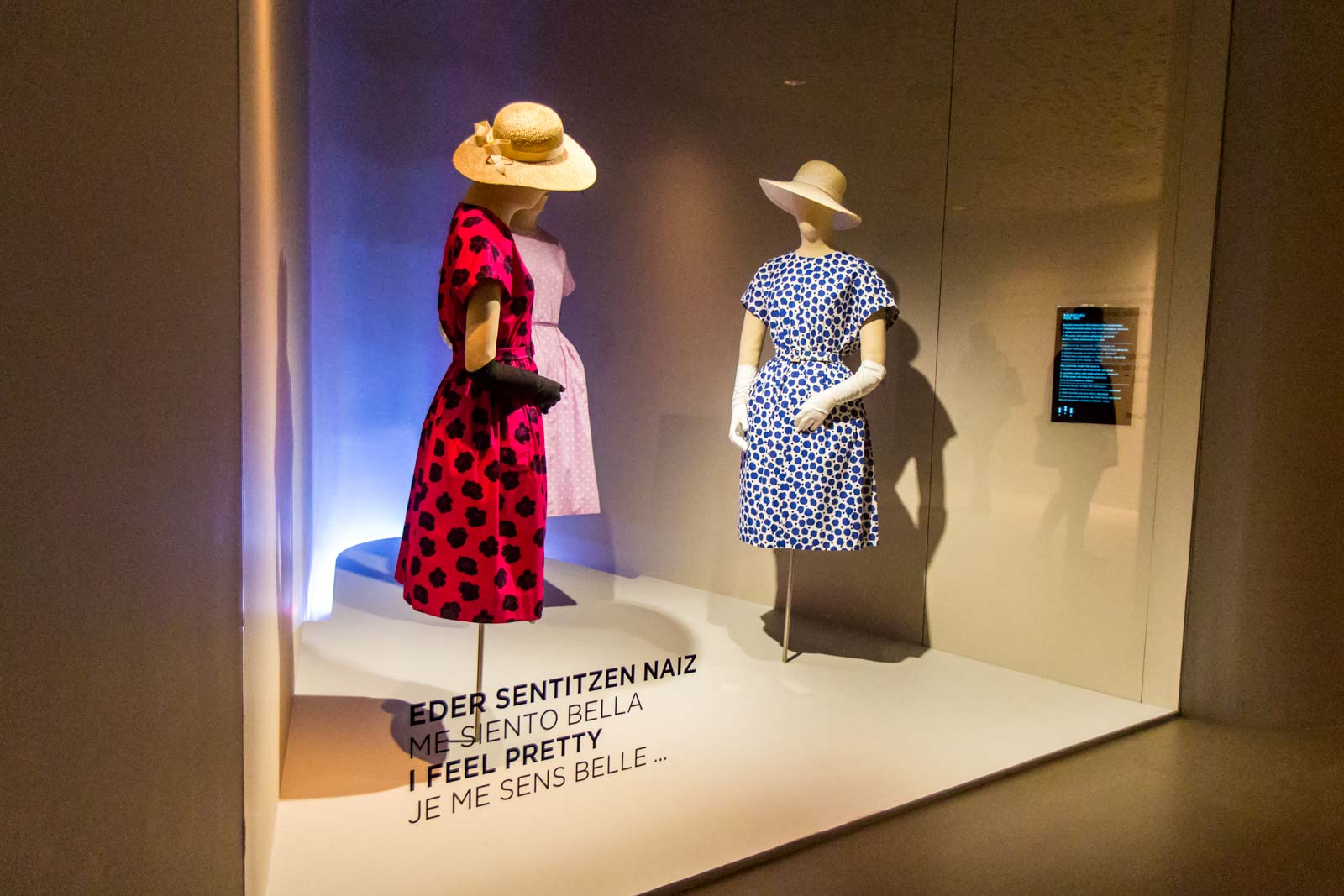 The viewings of ‘models’ in the salons of the Balenciaga house were exclusive events. Normally the only way to get in and see the outfits was by invitation from the firm itself or from another customer.

The saleswomen then led the customer through the entire process, including the various fittings. The whole experience was a special one, designed to maintain the impression that this was about more than just a piece of clothing.

This was about style and status. 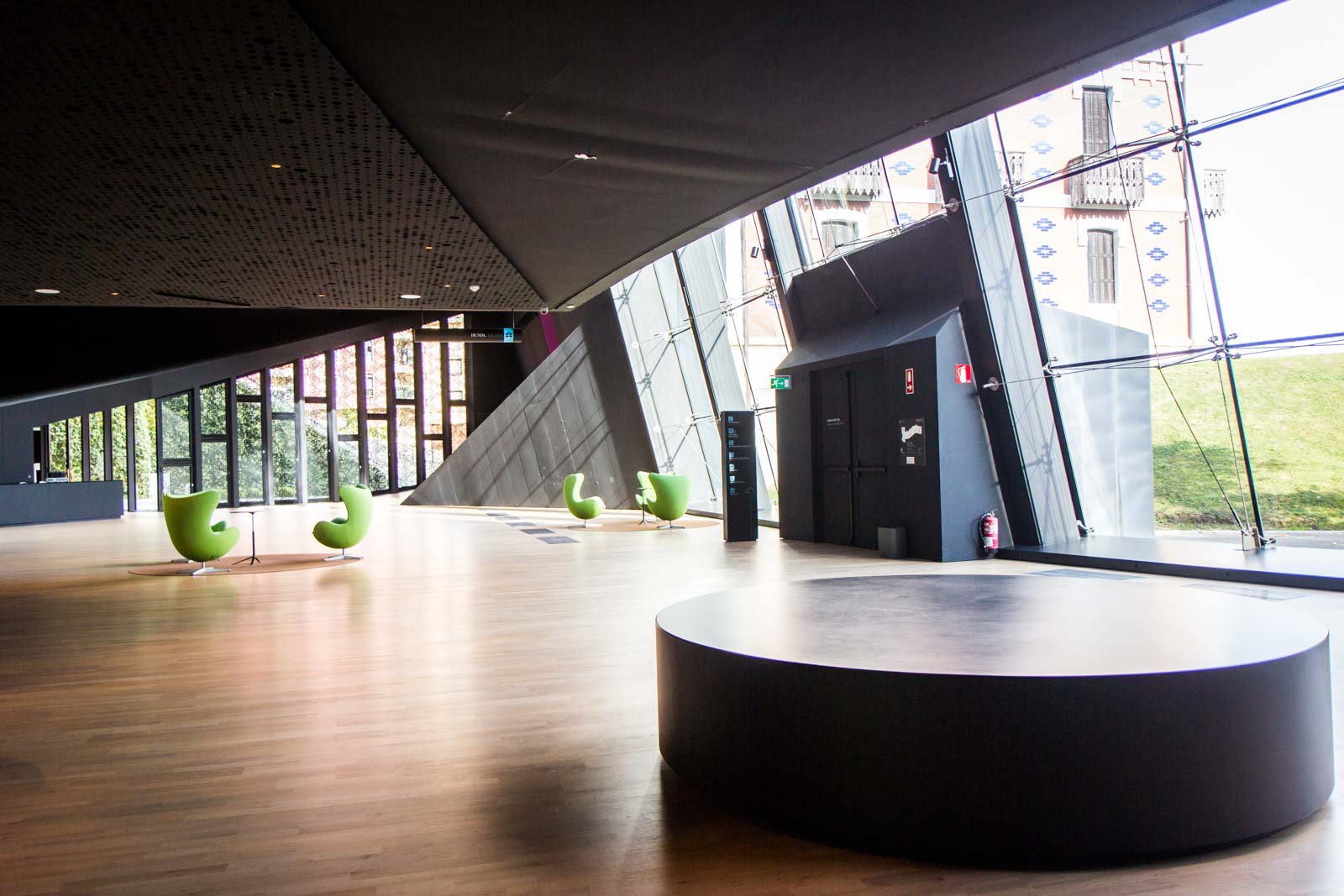 The enormous building actually seems out of place here in Getaria because it’s so modern. In an old coastal town, it stands out – but so did the man it was built to honour.

The ground floor of the museum is large and empty, with sunshine streaming in through the large windows.

The exhibition rooms on the higher floors are darker (partly to protect the clothing on display) but are still large and capacious. The design is contemporary but also minimalistic. Again, it reflects the principles of the subject. Despite the style and the impressiveness of the museum, it is open to everyone – it’s accessible. Unlike the most elaborate of Balenciaga’s designs.

However, even the designer saw the opportunity to reach a mainstream audience and created accessories that the non-elites could afford: perfumes, gloves, scarves or handbags.

Cristóbal Balenciaga retired in 1968 and died in four years later at the age of 77. Decades later, his name still lives on – in those accessories, in his clothes and in this wonderful museum.