The charm of Cinque Terre is its isolation. This isolation is not measured in distance – the area is not far from main cities like La Spezia and the even larger Genoa. It is judged through connectivity. Historically, Cinque Terre has been cut off from the rest of the region by a lack of transport. Even today, it is virtually inaccessible by car.

Somewhat ironically, it is this historical lack of transport connections that now means so many people want to visit every year, making Cinque Terre one of the most popular tourist attractions in Italy.

>> Click for my practical guide to hiking Cinque Terre

Along this rugged stretch of the Italian Riviera, the five towns of Cinque Terre sit on the coast with long stretches of green separating them. Because there have never been any major roads in this area, no major developments ever appeared. It was too difficult to do anything more than a slow expansion of the towns to respond to the natural growth of population over the years. 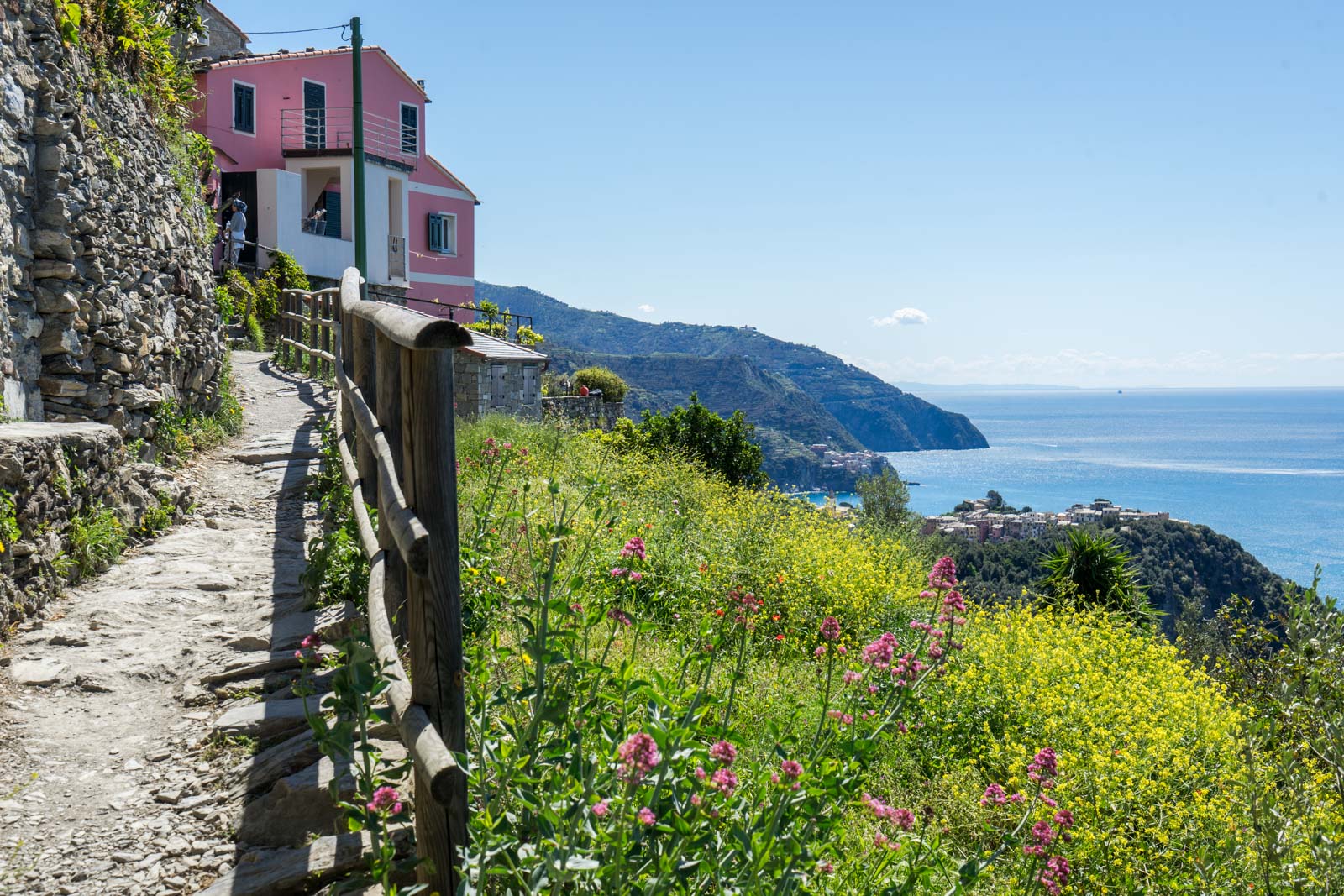 The land in between – rising up on hills, along cliffs and undulating through natural valleys perpendicular to the coast – is covered in either nature or agriculture. The forests are thick in parts but hiking tracks cut through them in all directions. What’s more interesting is the agriculture. Although you may think that fishing would have been a large industry for the residents of Cinque Terre, actually only those in Monterosso earned an income that way. Traditionally, those from the other villages turned to the land. They grew olives and grapes and, to make that possible, they built terraces into the hills and planted their crops in them. 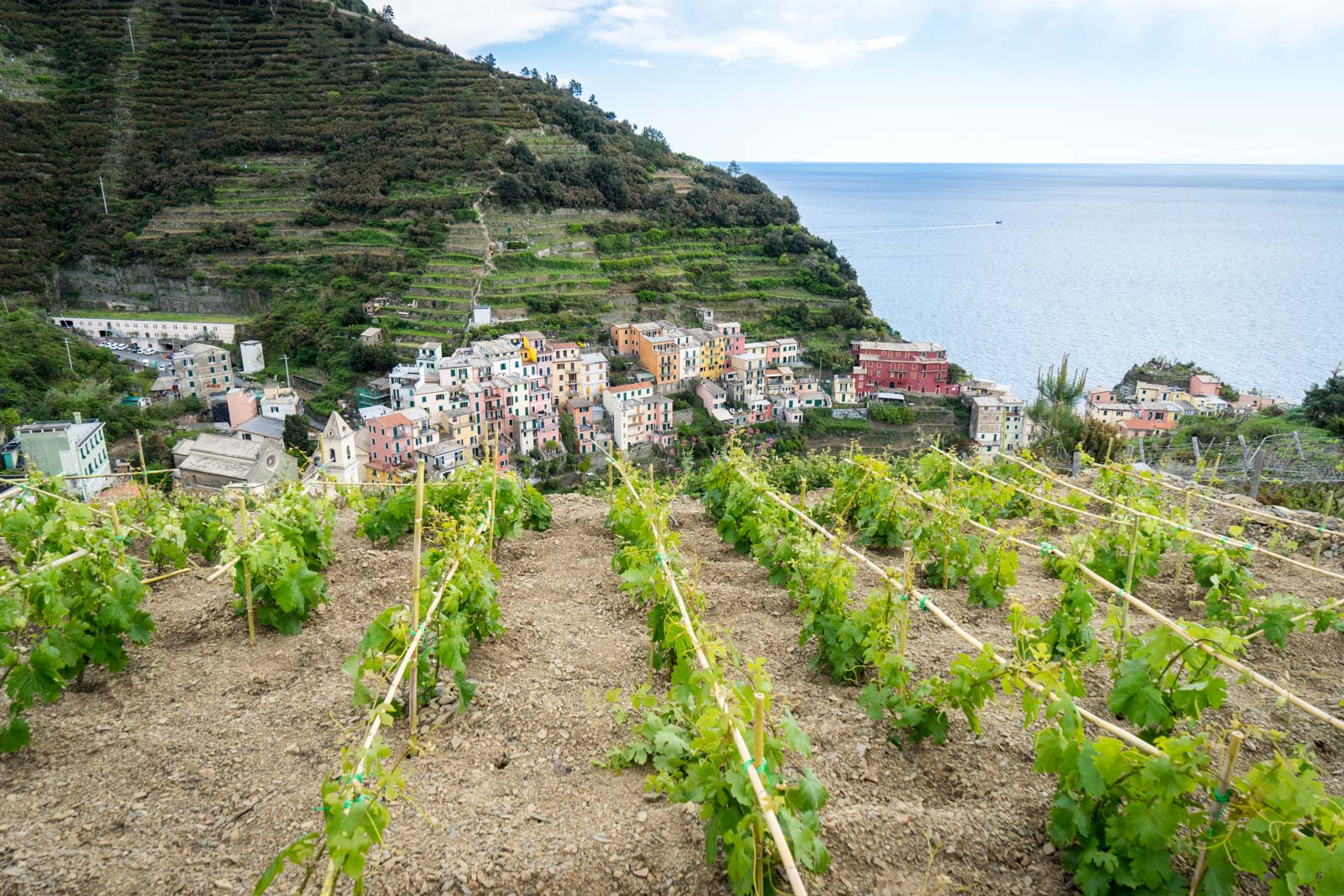 These days, tourism is by far the biggest industry for those who still live in Cinque Terre – but the olive trees and vineyards still exist and are still tended to. Go for a walk on one of the inland tracks and you’ll find yourself in the middle of plantations. Local wines are available at bars and shops in the villages along the coast. 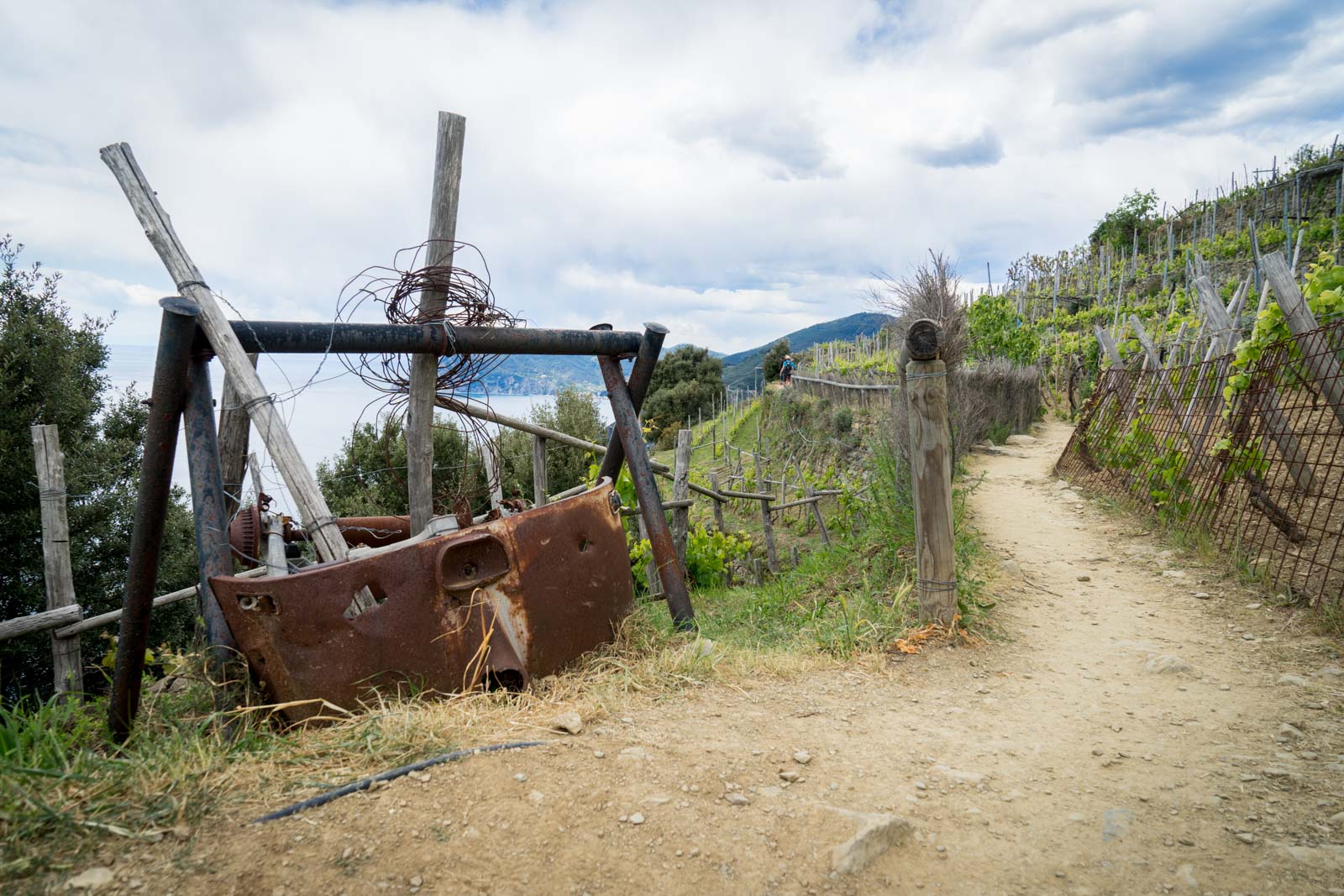 The villages are the highlights for most of the visitors who flock to Cinque Terre. Although roads may not have been built, there is now a train line that runs through tunnels and connects each of the villages with the outside world. Each day the trains are full of tourists, drawn largely by the images they have seen of colourful buildings. 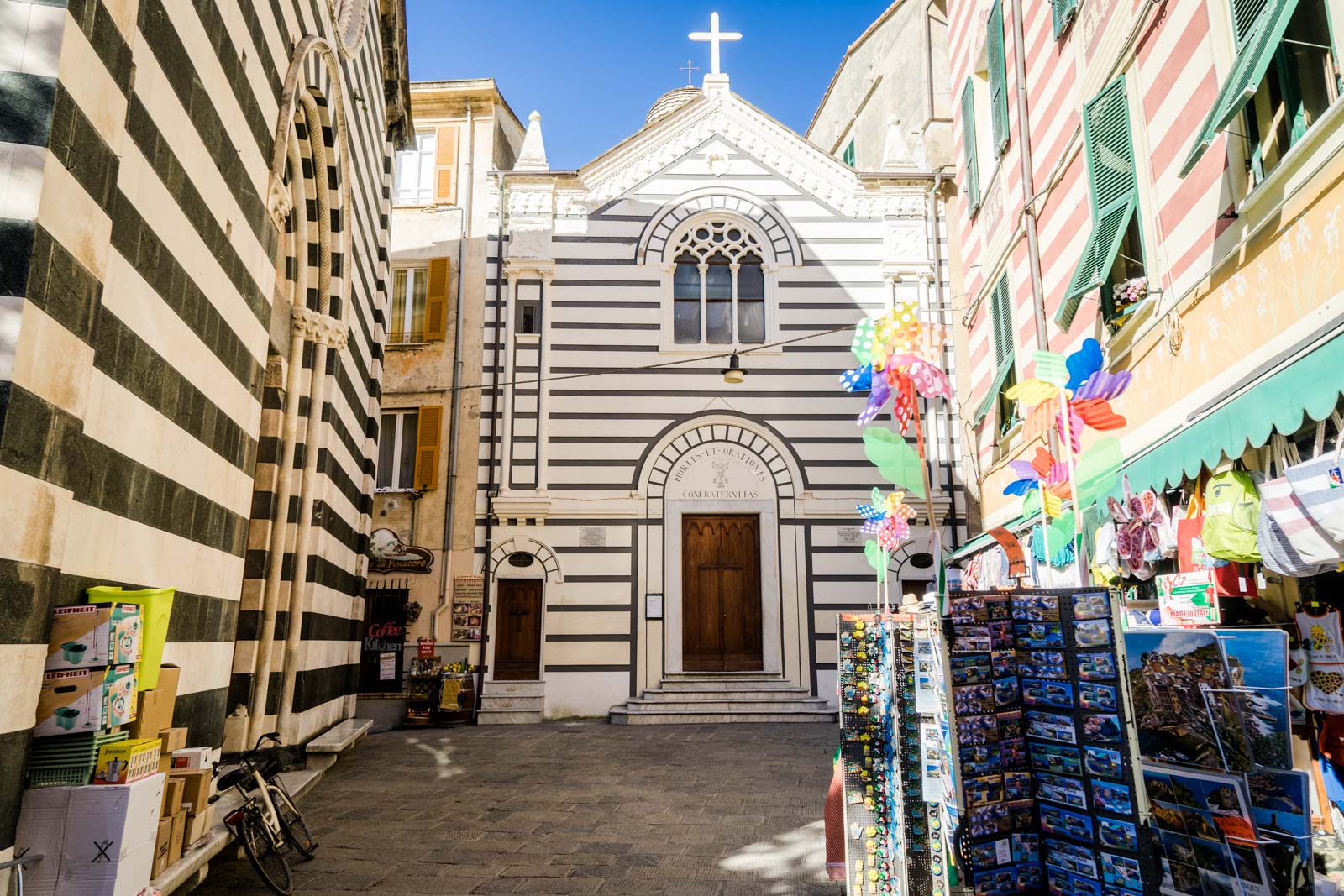 The buildings are indeed colourful and it’s particularly noticeable at the village of Vernazza, the most picturesque of the five along the coast. From the walking track on the cliffs, you can look down from either direction and see the different hues of each building collect together like a kaleidoscope. Hike down into the village and everything appears in technicolour up close. The view from the small harbour is particularly alluring. 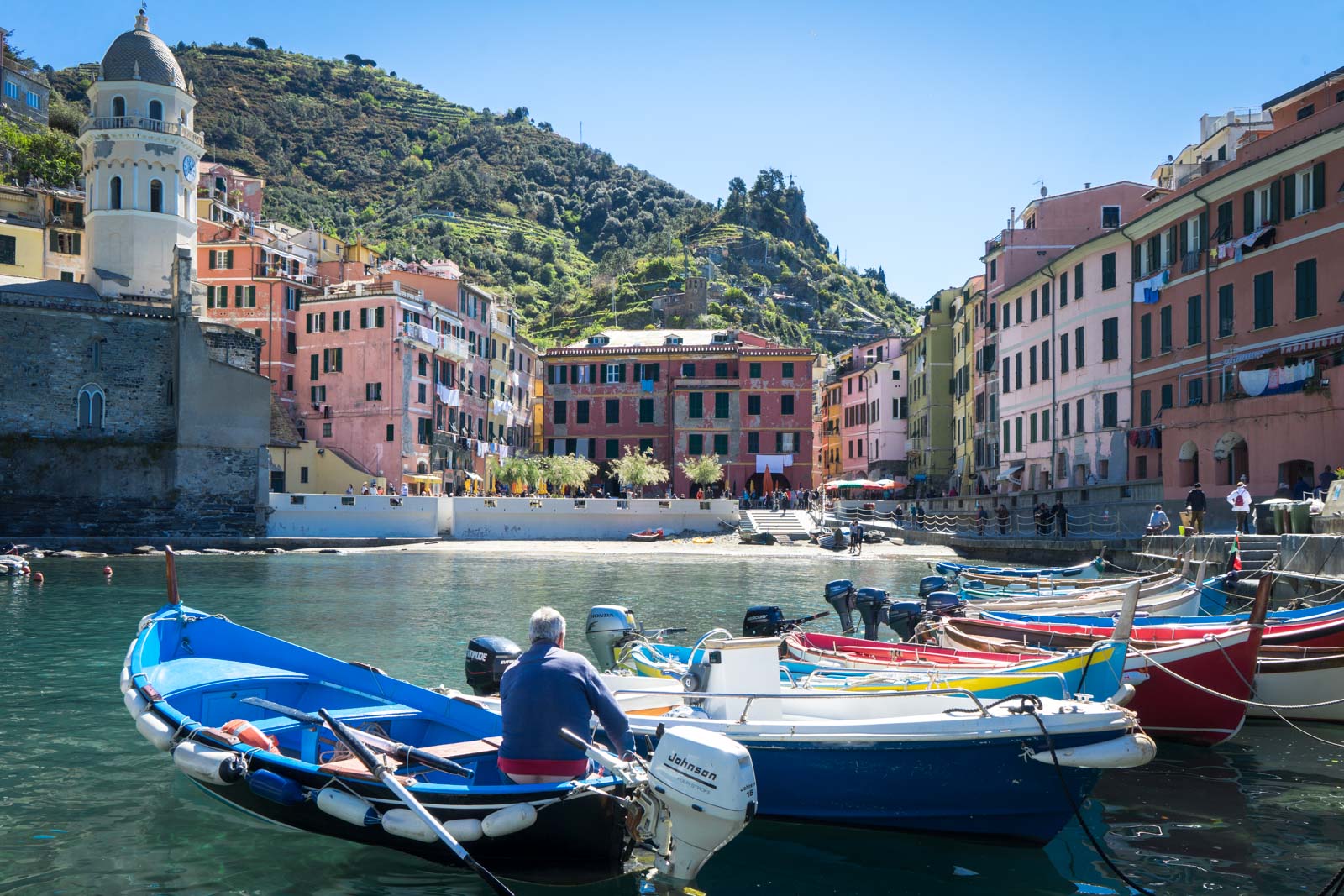 Although you find a similarity in each of the five villages, they also have their own characteristics. Monterosso has sandy beaches that make it feel more like a typical riviera town; Vernazza, as I’ve mentioned, has the most colourful of the buildings; Corniglia is set higher up on cliffs and has a more fortress-like atmosphere; Manarola has a central promenade leading down the slope towards the water; and Riomaggiore feels the largest, almost normal, you could nearly for a moment forget where you are. 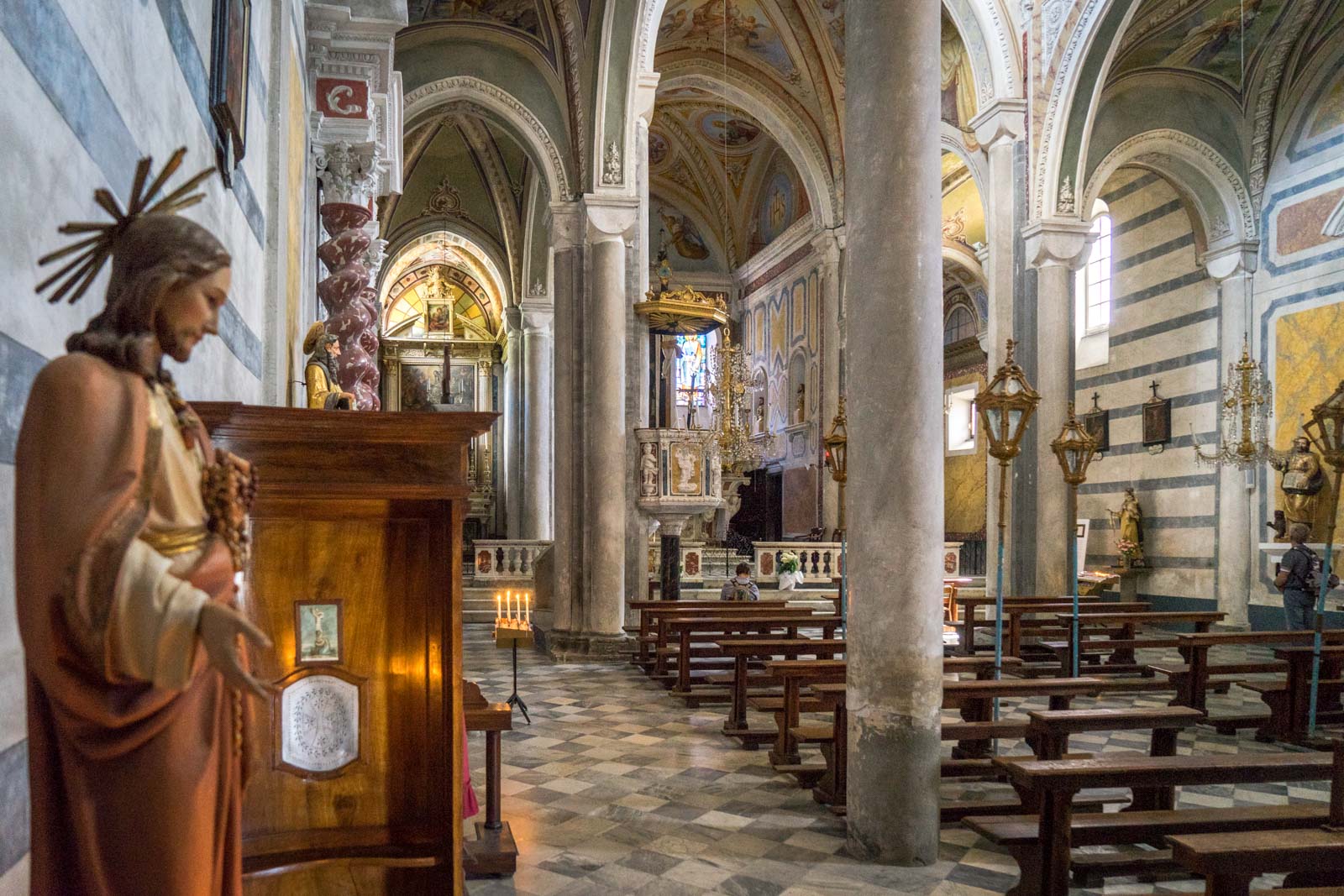 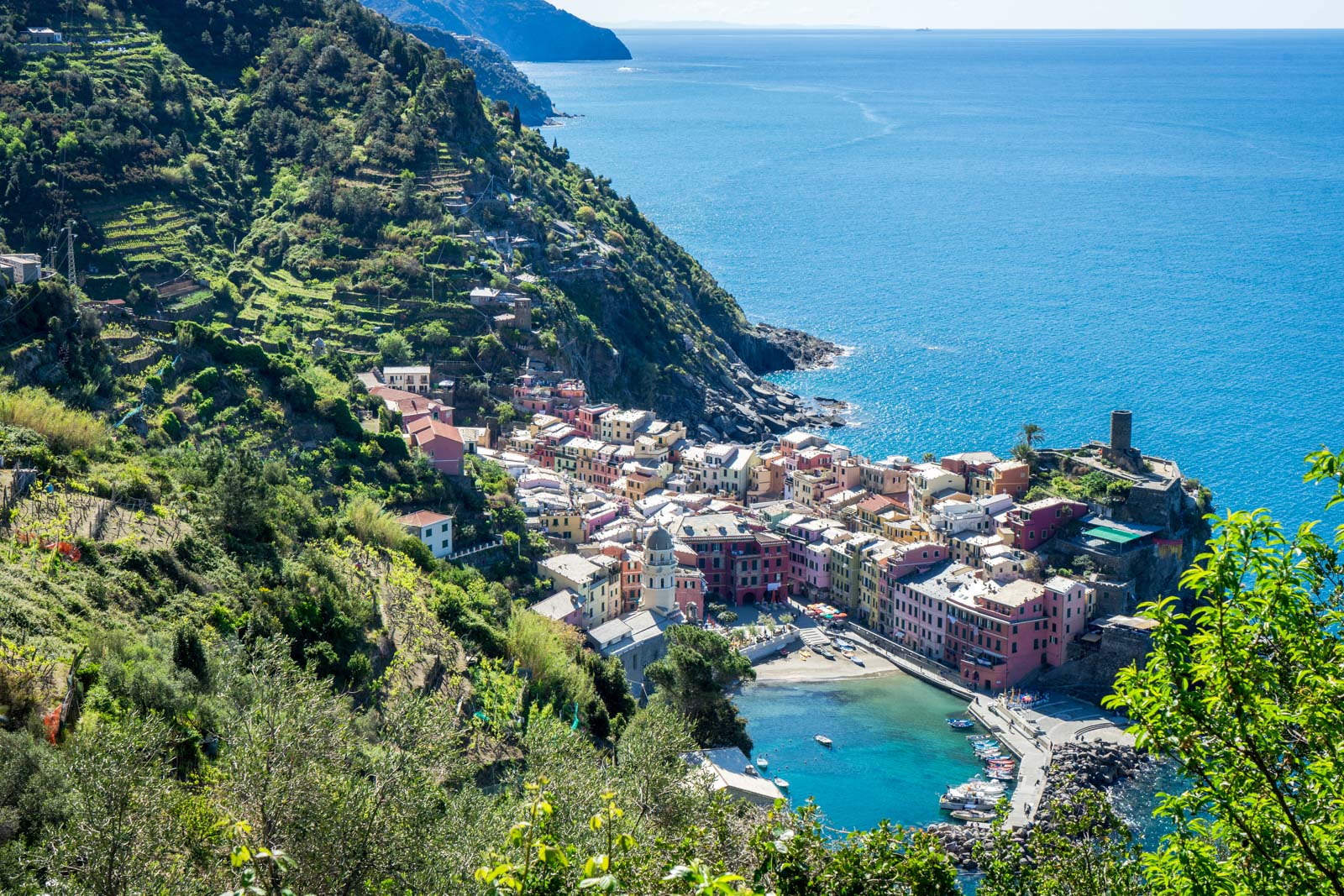 It is extremely unlikely there will ever be any major development around Cinque Terre. The villages and the hills around them are protected as a national park. The area is also part of a World Heritage Site (that includes nearby Portovenere and Palmaria island). It would take a major change in the attitude towards conservation of the area to allow anything dramatic to be built here. 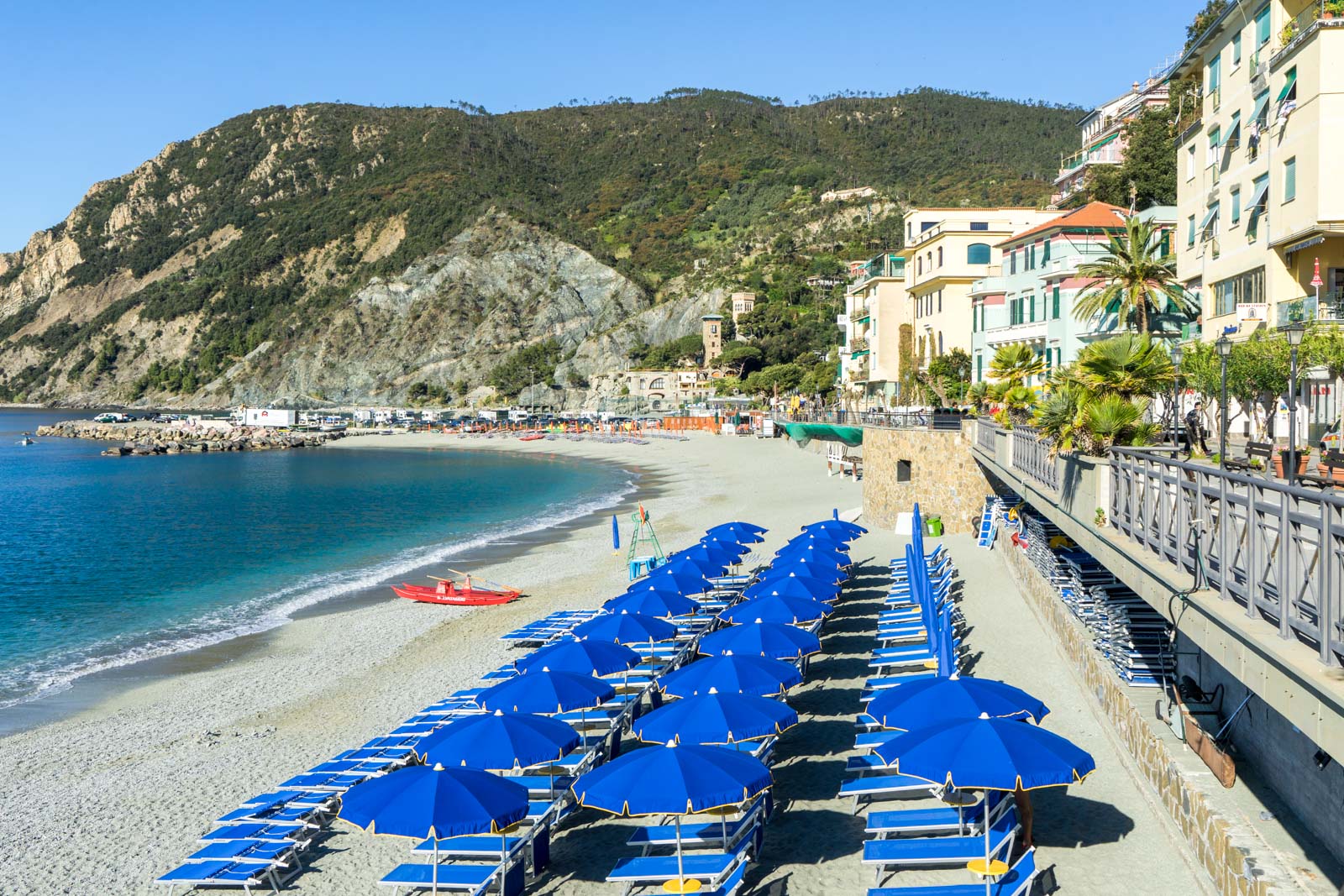 But there is a need for constant vigilance of damage to the area. Like many parts of the world where tourism becomes the main income source, locals lose their interest in more traditional industries like farming. In Cinque Terre, that’s even more dangerous. If people stop growing grapes and olives here, they’ll likely stop maintaining the terraces they’ve built on the hills. If they fall into disrepair, the possibility of landslides or similar events become a real threat.

Cinque Terre is no longer isolated, no matter how you look at it. Sure, there are no roads, but there may as well be with the number of visitors who come here each year. The villages are small and their streets get full quickly. Thankfully there is some respite on the hiking trails – enough of the tourists seem too lazy to do any walking that the paths aren’t overly busy – but that may not be much of a relief at the height of summer. 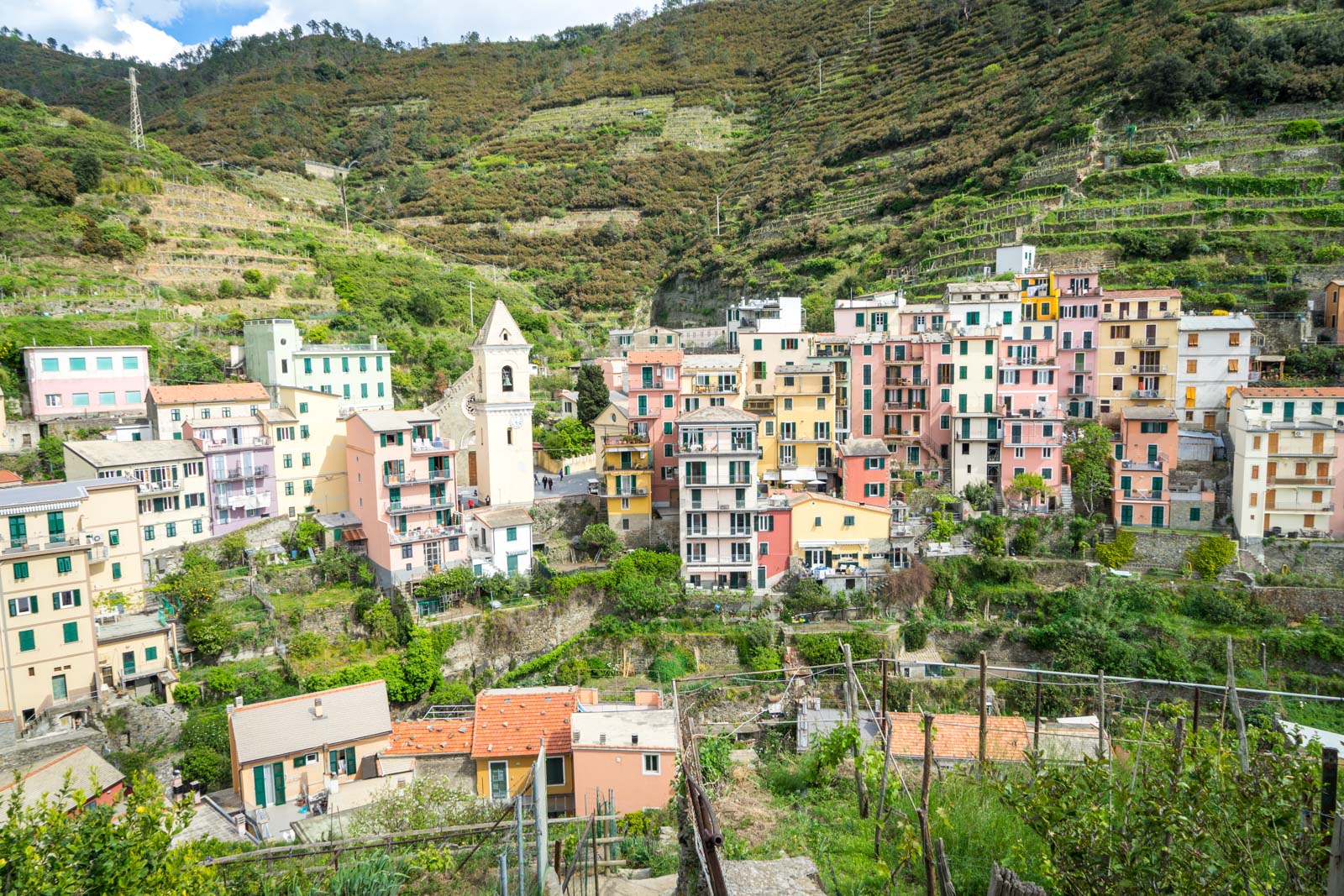 But the product of the historical isolation remains, and that’s what makes this stretch of the Italian coast so special. These villages and their positions on the coast are a living artwork… just more lively today than ever before.

As I've already mentioned, you don't need a guide or a tour to hike along the main stretch of the Cinque Terre. The path is very well marked and relatively easy. However, there are some options for guided tours that will help you appreciate the cultural landscape a lot more. Hiking with a local means you'll hear all about the history, people and food of the Cinque Terre. If you're interested, I would suggest having a look at this hiking tour.

You can get dorm beds in the small apartments at Corner House or River 44.

For an affordable but comfortable option, check out HH Il Gabbiano or Casa Macaia.

A couple of really nice places are Hotel Crismar and Albergo delle Spezie.

And you can also try Hotel Genova, which is one of the most popular places in La Spezia.