In a country that has so often been described in terms of black and white, it’s nice to see a splash of colour.

The Bo-Kaap community in Cape Town is home to many descendants of slaves who were brought to South Africa from Asia and the Middle East in the 16th and 17th centuries.

The history is deep and the cultures within it rich. But on first impressions, it’s the colourful houses that capture your attention.

Each one is a different hue, vibrant and bold. There is no masterplan behind this, no strategy of pattern.

It’s the homeowners who decide to do this and they choose their own colour and paint it themselves. 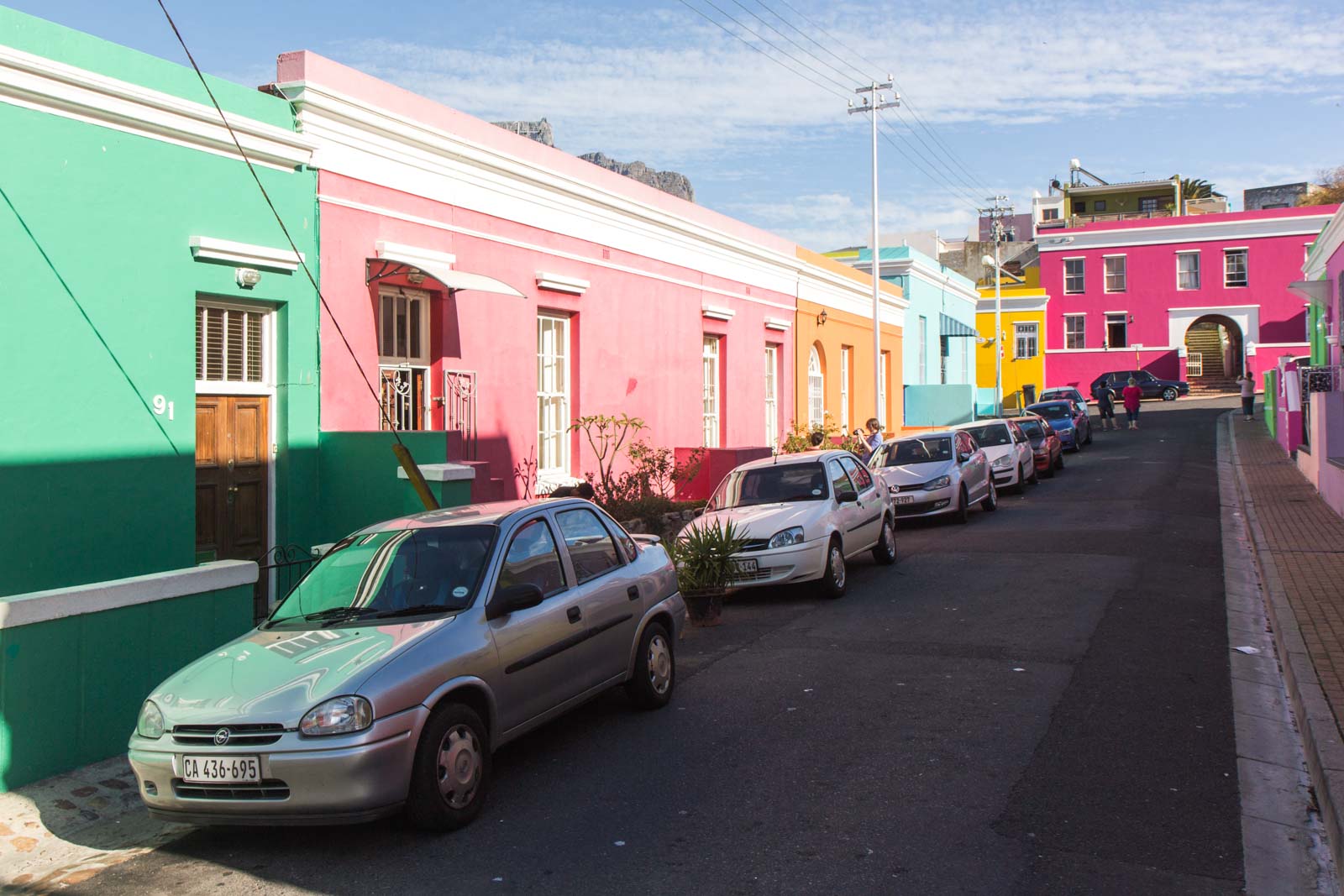 But the rainbow streets are just the facade. The real vibrancy, the real colour, the real boldness these days is through the doors. In one of the houses, I meet Faldela Tolker. 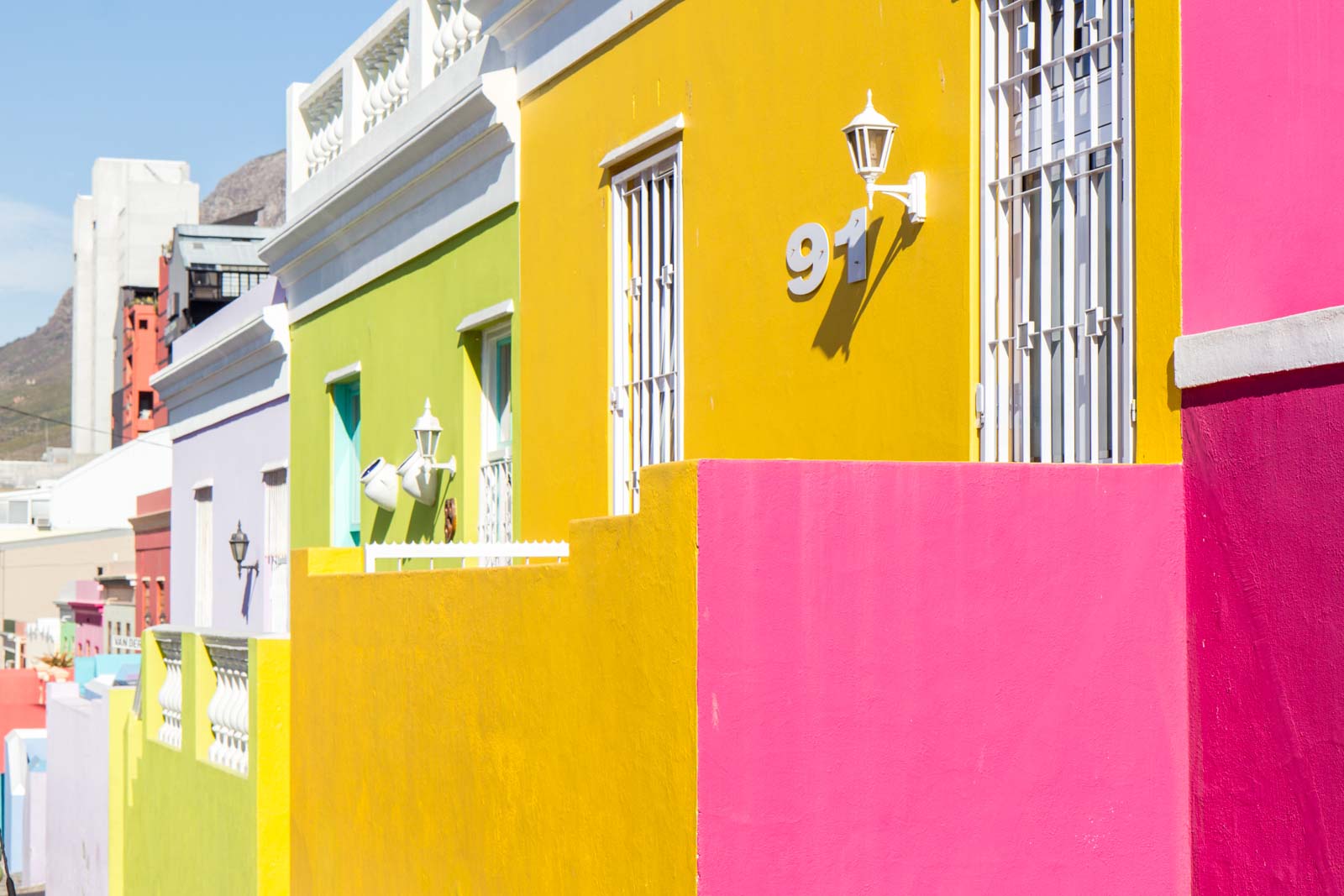 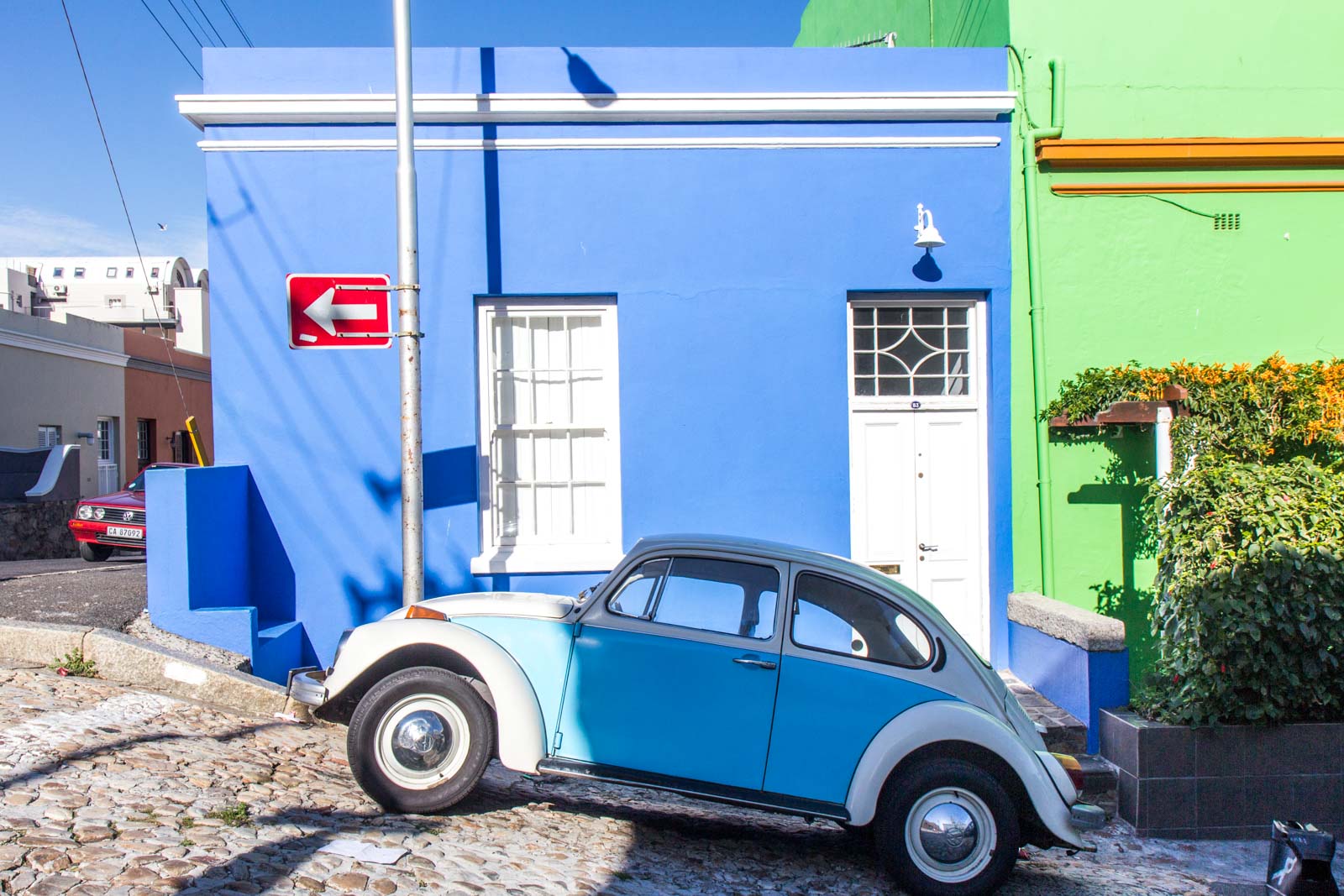 For more than ten years, Faldela has been inviting tourists into her home. She runs a cooking class here, teaching people all about the famous Cape Malay cuisine.

But, as I discover, it’s more than that. Food is a way to connect.

“Lots of tourists come and walk up and down the houses and want to see what’s in them,” Faldela tells me.

“My personal opinion is that when someone comes into your house, you get the opportunity to get to know that person and that person gets to know you. It may be for whatever reason – it may just be for the cooking. And cooking does bring people together!”

“And you learn about the culture, the religion, the political differences. You know – and sometimes we just sit down and have a chat and at the end of the day, in many cases, friendships develop.” 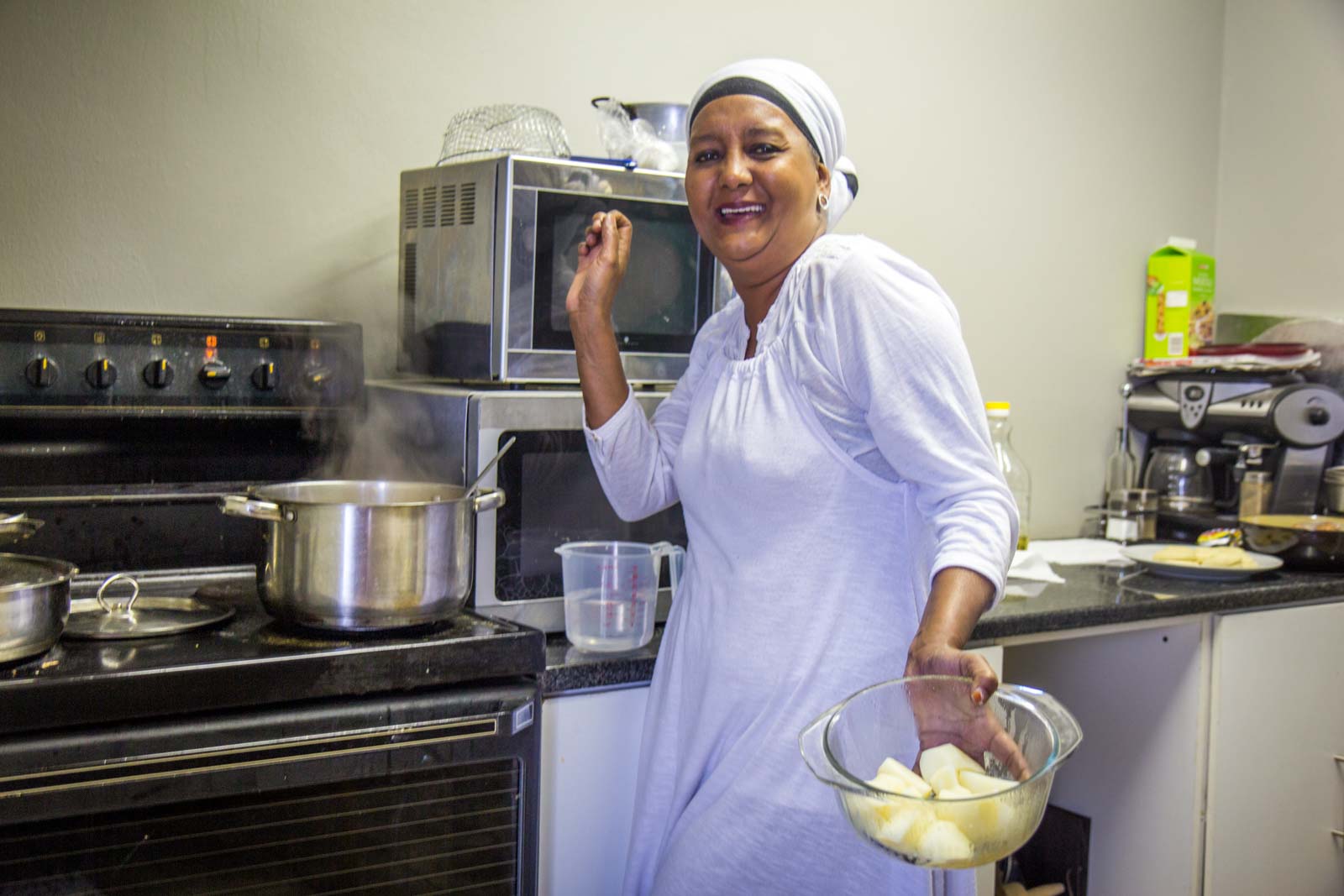 The Cape Malay food is an interesting blend of cuisines and it’s something that Faldela has been making her whole life.

Hundreds of years ago, the slaves brought their food with them. Since then it has fused with South African styles and been adapted for the local ingredients. It is not Asian. It is not South African.

“The Cape Malay cuisine is something different and something unique,” Faldela explains.

“The Cape Malay cuisine originally came from our ancestors who came from all these different places – Indonesia, India, from the Middle East.”

“They came with the recipes so it’s from a combination of their recipes and their spices that the Cape Malay cuisine was created. But as the years go on, we as women, we also experiment with different types of spices so we create our own recipes.” 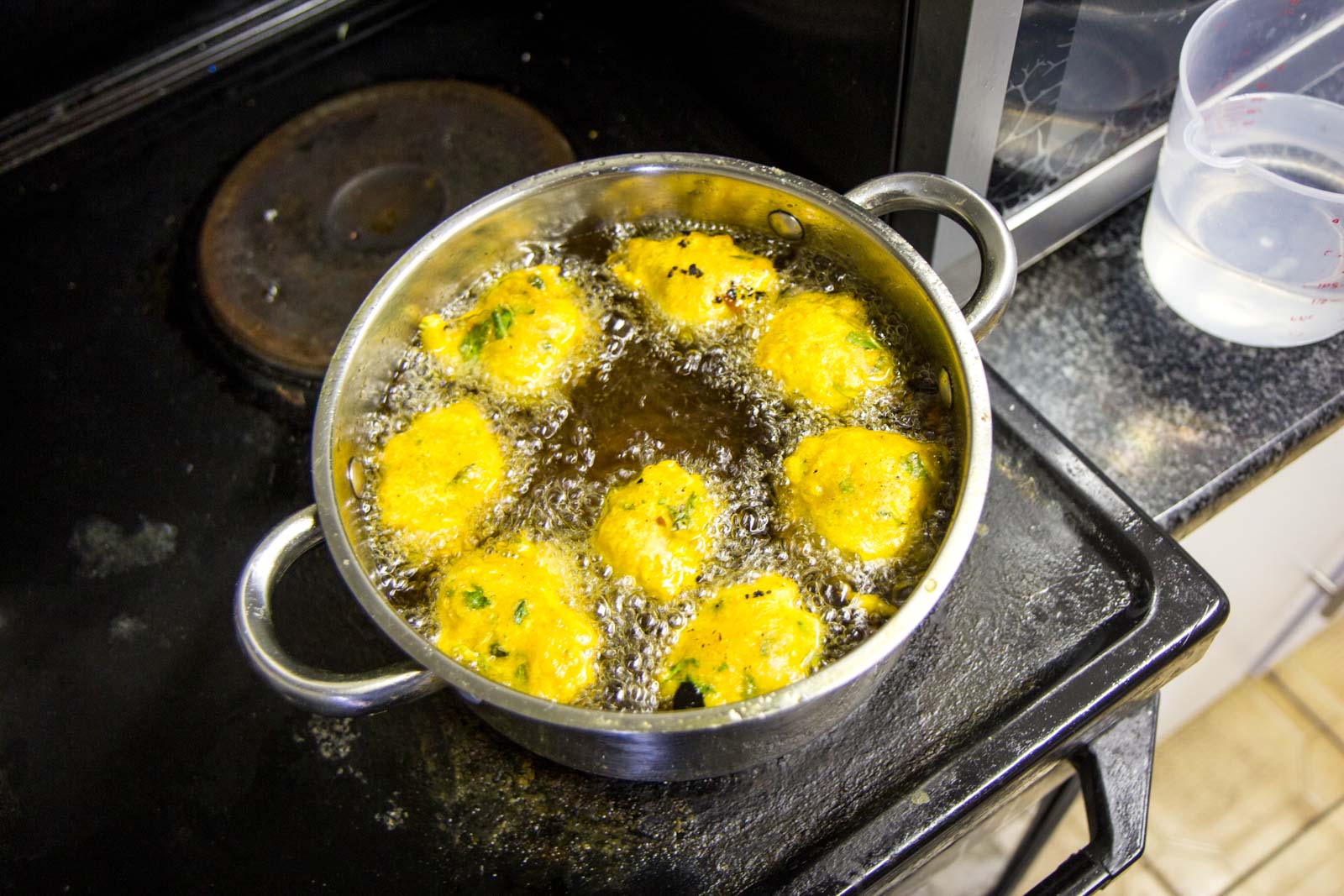 I get my hands dirty during Faldela’s cooking class. Rather than instructing me or showing me how to make some Cape Malay dishes, we are working together to prepare lunch.

Sometimes I am chopping vegetables, mixing spices or folding samosas while she is working on a different dish.

At first I feel overwhelmed and have no idea what I should be doing. It doesn’t take too long, though, before I get into the rhythm and I notice I’m not being supervised quite as much. 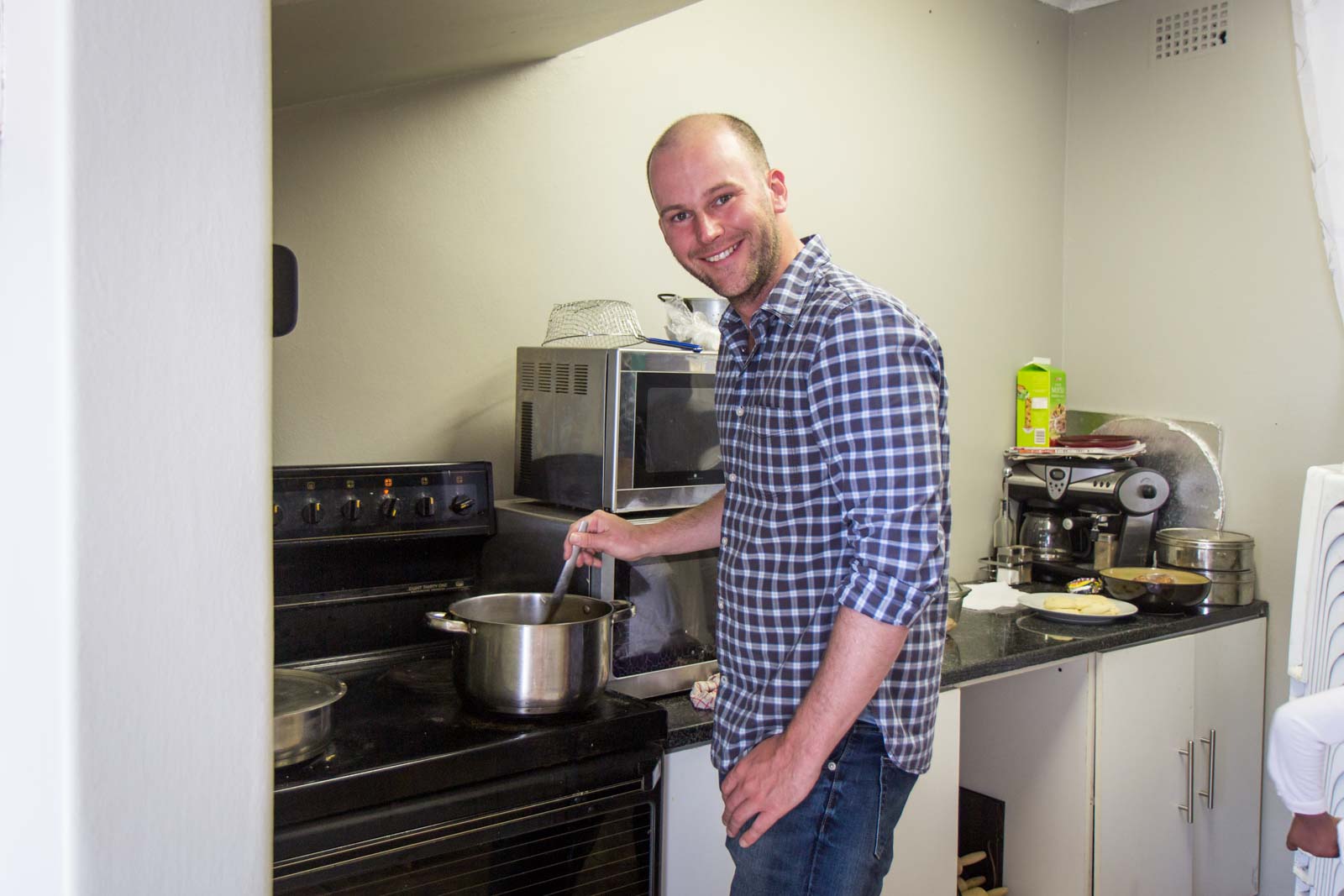 We are in the kitchen of Faldela’s home and family members pop in and out as we prepare lunch. Her granddaughter joins us for a little while and I palm off some of my work to her when Faldela isn’t looking. (She seems to know what she’s doing.)

I’ve done quite a few cooking classes in my travels but this is different. There’s no forced attempt to make it feel like a real kitchen, or give it some kind of authentic feel. This is real and authentic. 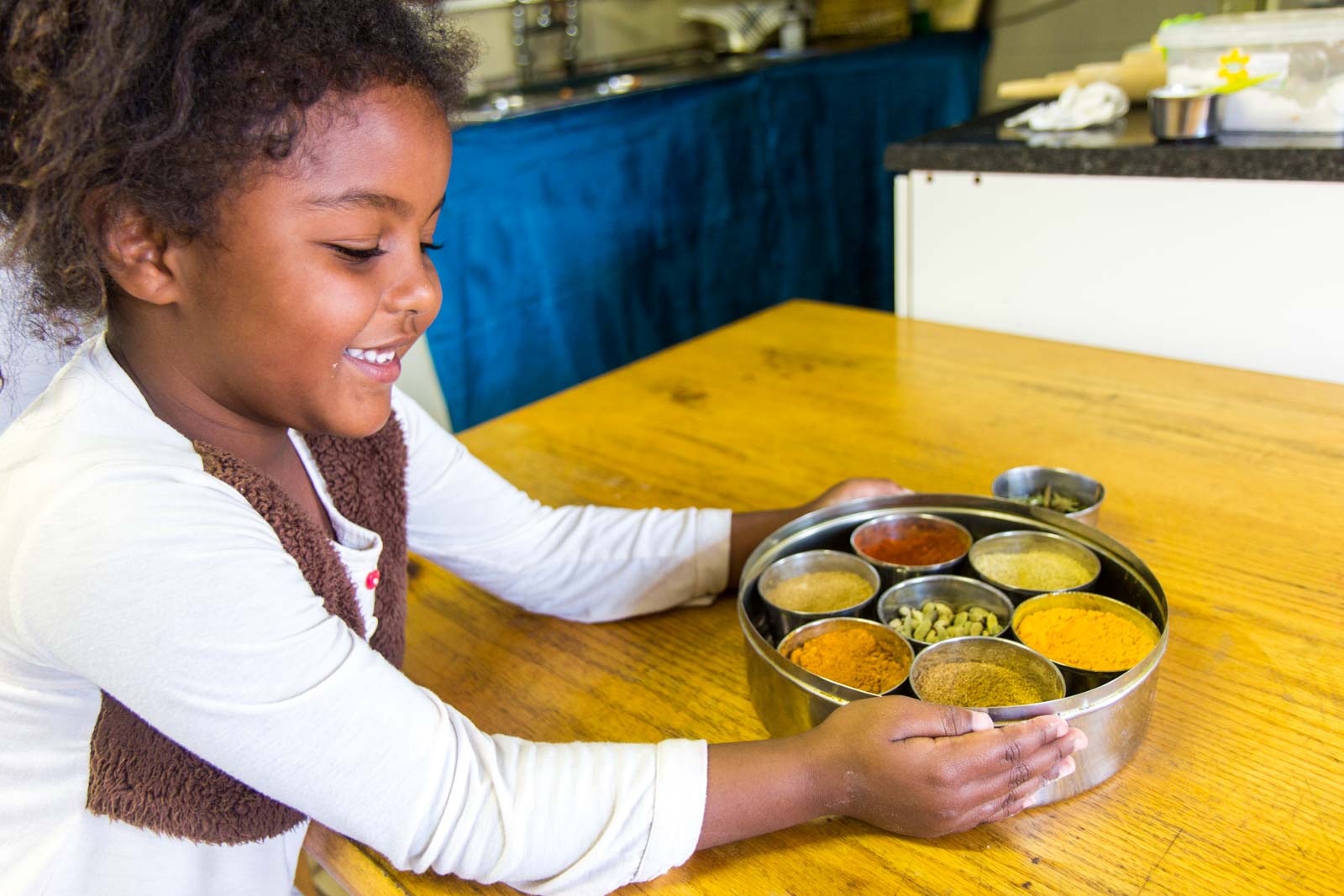 Faldela calls her class ‘Cooking With Love’. I forget to ask her where the name comes from but it could have many meanings.

Beyond the obvious – that she put her heart and soul into her cooking – I like to think that it also refers to the love that clearly fills the house. And it could also refer to a love for the neighbourhood that is such an integral part of Faldela’s life. 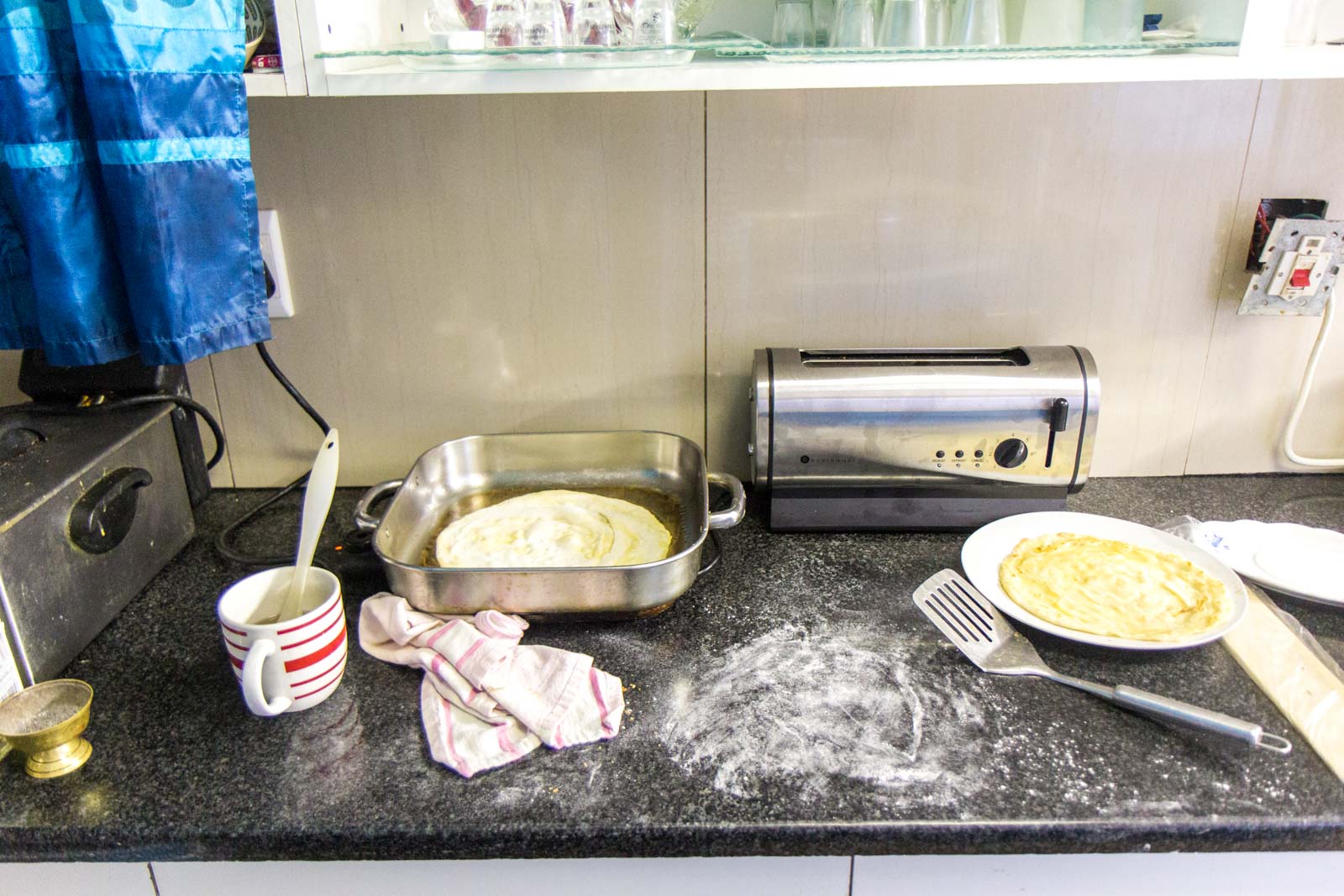 Bo-kaap is becoming slightly gentrified these days and some Capetonians are moving in from other areas because of the nice houses close to the city’s central business district.

But Faldela is one of those people who will never move out and “will be carried out in a box”.

“We are a very close-knit community,” she says.

“Everybody knows everybody. If there’s sickness or death or anybody has a problem, we all stand together with one another.”

“Bo-kaap was predominately a Muslim community but now we are more diverse. But we achieve things by standing together.” 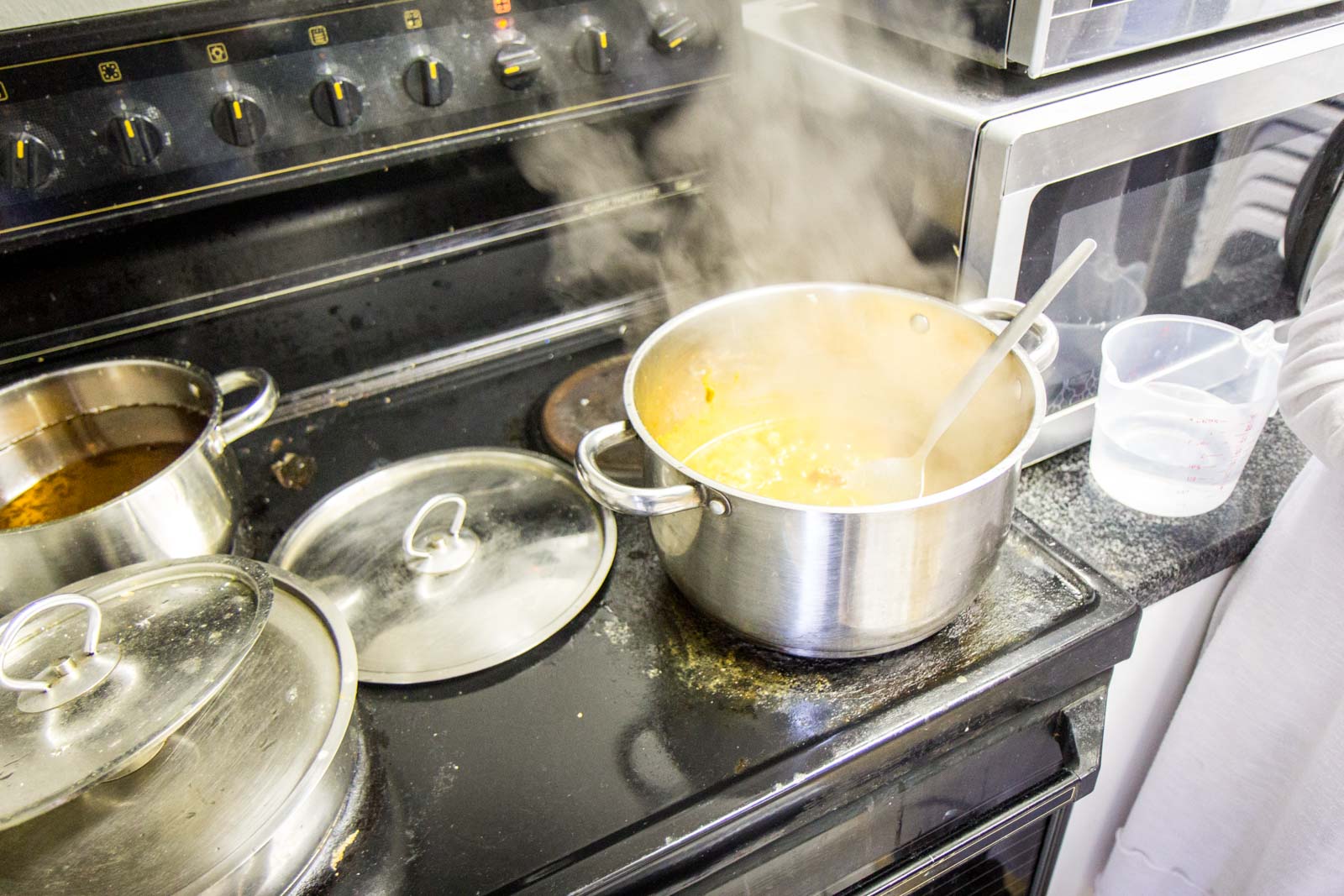 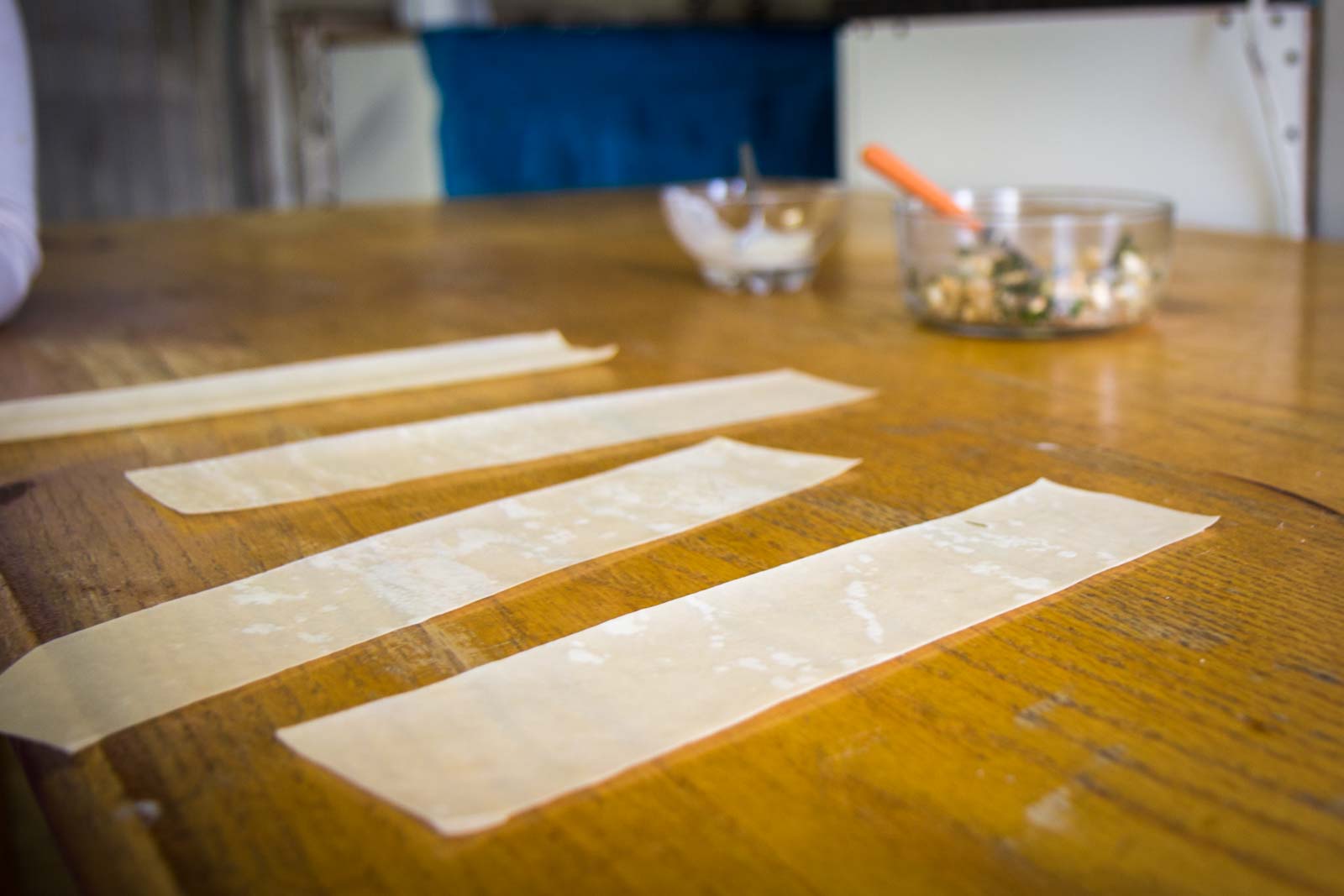 She tells the story of during Ramadan, when the whole community acts like… well, a community.

In the afternoon, all the women will start cooking and preparing for the evening meal. About an hour before it’s time to break the fast, the children get dressed up in traditional costumes and then take plates of food around to various neighbours to share.

“There is tension sometimes, of course,” she admits when I ask.

“We are humans, we are not saints. But if there is tension we try to sort it out with one another.”

After we’ve finished cooking all the dishes in the kitchen, we sit down together at a table to eat. All the smells have made me ravenous and I launch into the food.

It tastes amazing and I give myself credit in my head. Even though clearly it was all Faldela’s work, really. 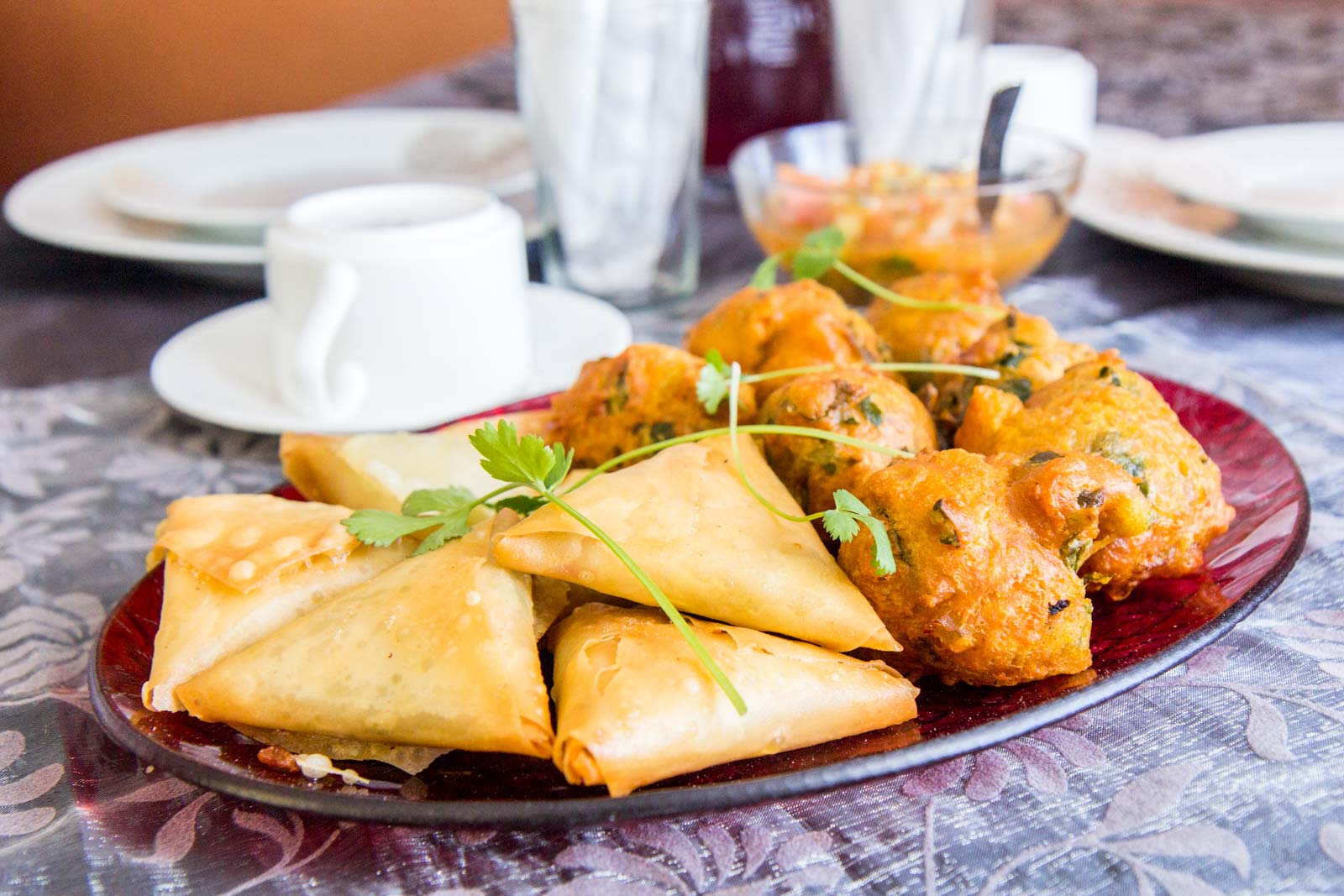 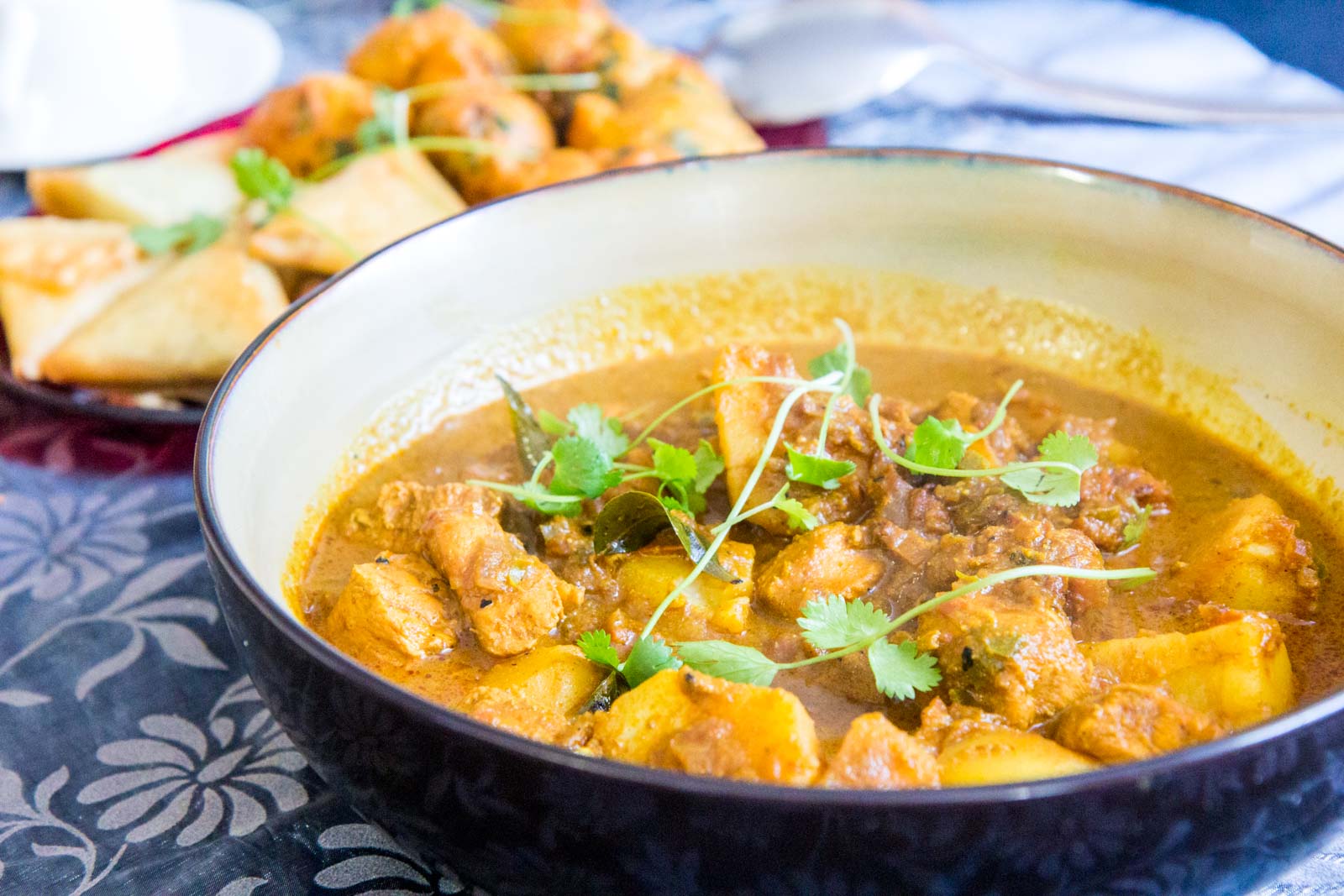 ‘Cooking With Love’ is now recognised as one of the best experiences for tourists in South Africa – often on top ten lists of things to do. I ask Faldela why she thinks that’s the case.

She gives a cheeky grin – “Because it’s me!”

We both laugh. I probably shouldn’t have, seeing as I was just putting a bit of food in my mouth. 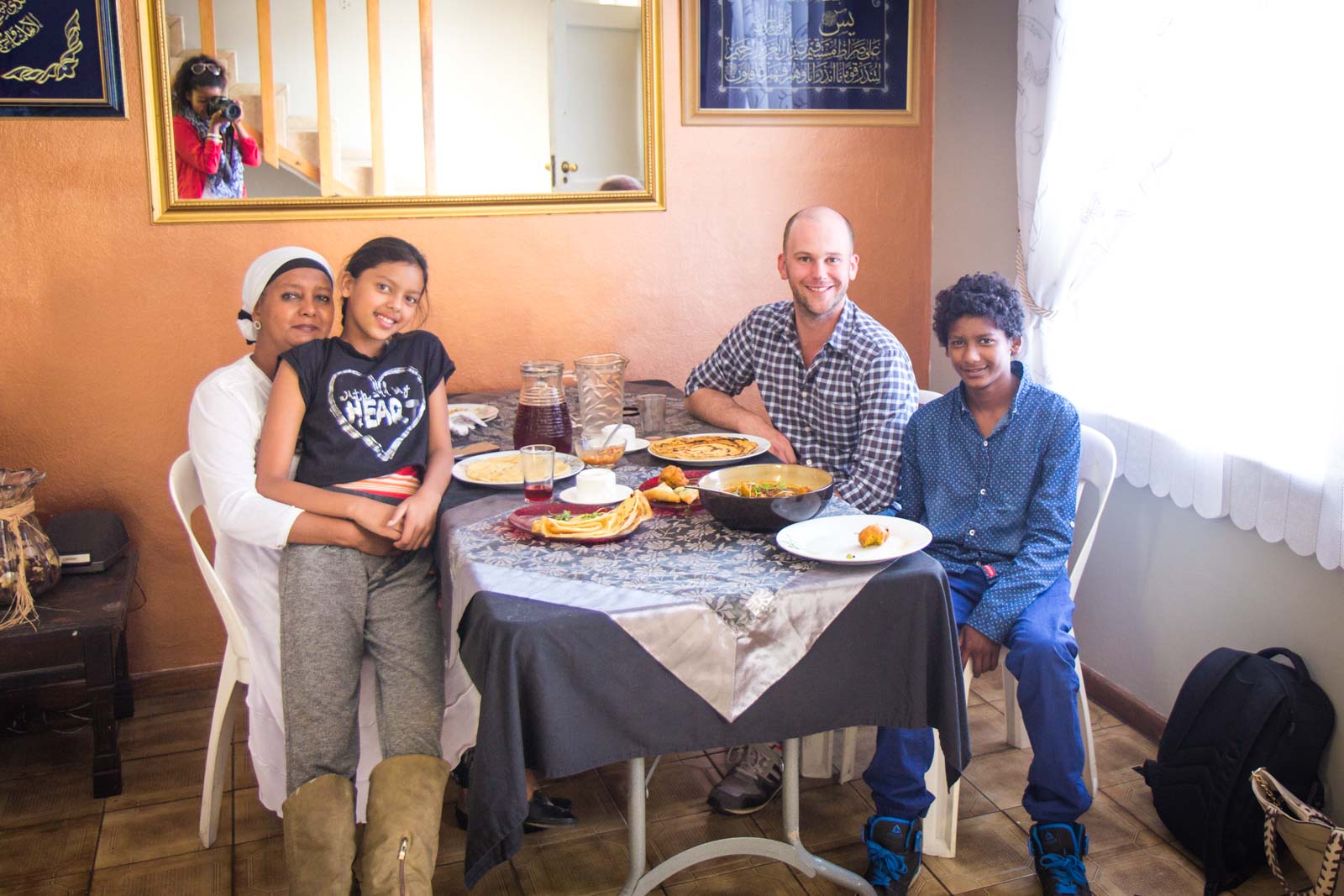 I realise there’s been a lot of laughter over the afternoon. I relaxed so easily into the situation of being in a stranger’s house, meeting her family, chatting about serious topics and joking about meaningless ones.

Faldela Tolker tells me she’s had thousands of people in her house, learning to cook, over the years.

Many of them she is still in contact with and would count as friends – even if they met only once and now live half a world away. I can see why.

Time Travel Turtle was supported by Stellenbosch and its Wine Routes as part of an iambassador campaign but the opinions, over-written descriptions and bad jokes are his own.