“The people of Menorca… we are scared of the sea.”

It seems a strange thing to hear from someone whose family has lived here on the Spanish island for generations.

Menorca is just 45 kilometres across and 30 kilometres from top to bottom. You would expect life to revolve around the sea, considering the coast is always just a short distance from anywhere. But no. “Families here, they come to the beach together maybe once a year. That is all.”

My guide for the day, Joan, is explaining that the people of Menorca have traditionally always been farmers, not fishermen. Almost everything they needed came from the relatively small patch of land they lived on.

The sea? Well, it just brought storms and invaders. It was something that needed to be guarded against, not explored. 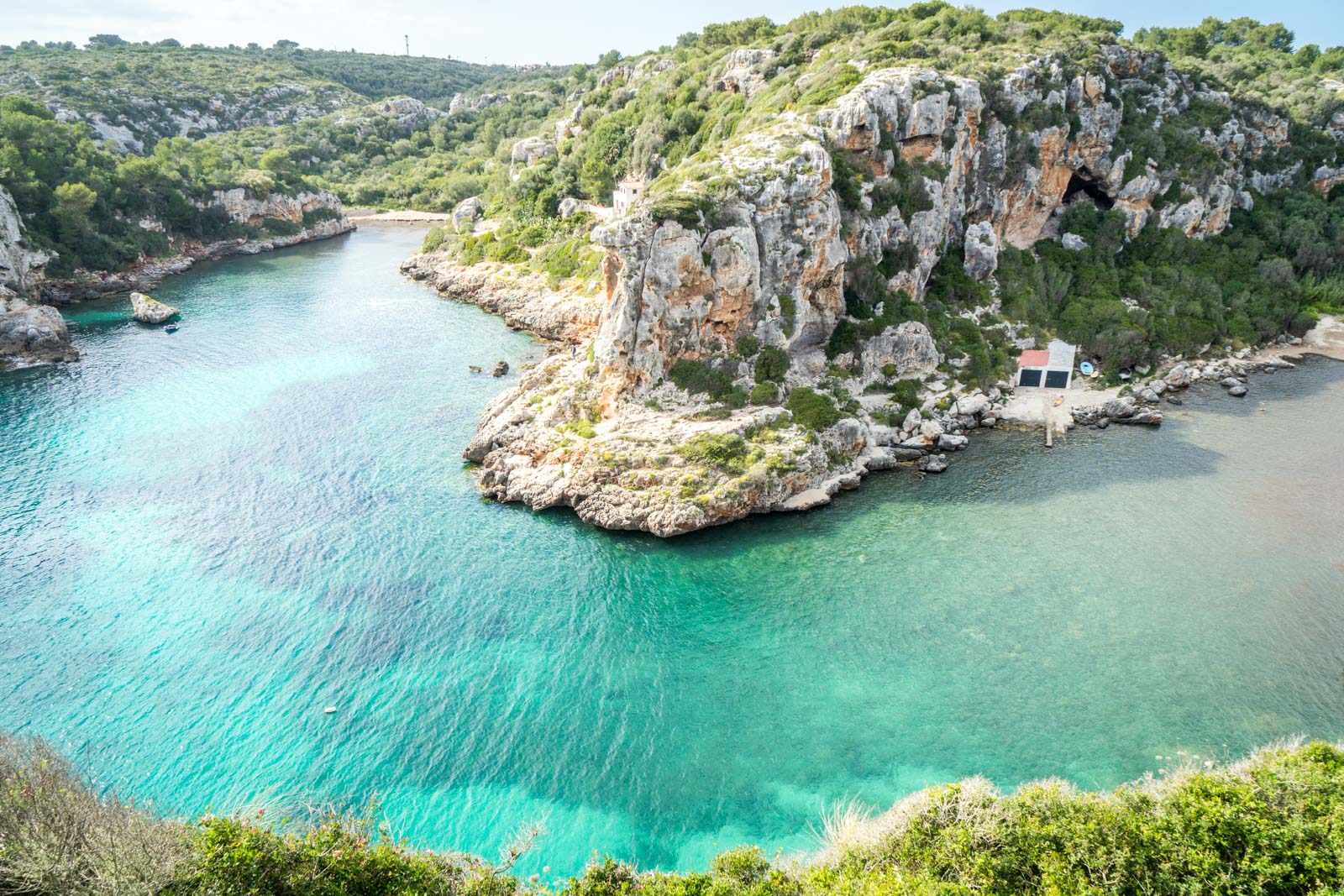 What is the Cami de Cavalls?

That’s how the famous island trail, the Cami de Cavalls (literally: ‘Way of Horses’), came to be.

It is a 185 kilometre dirt track that circles the entire coast of Menorca. It was created sometime in the 13th century and used by horse-riding guards to defend the island from a sea attack.

The Cami de Cavalls survived for centuries and was used for defence from numerous enemies. But it was also used by residents for communication between coastal communities and for trade and other business.

However, eventually it became less necessary and fell into disrepair. Private landowners put up fences and gates, making it inaccessible. 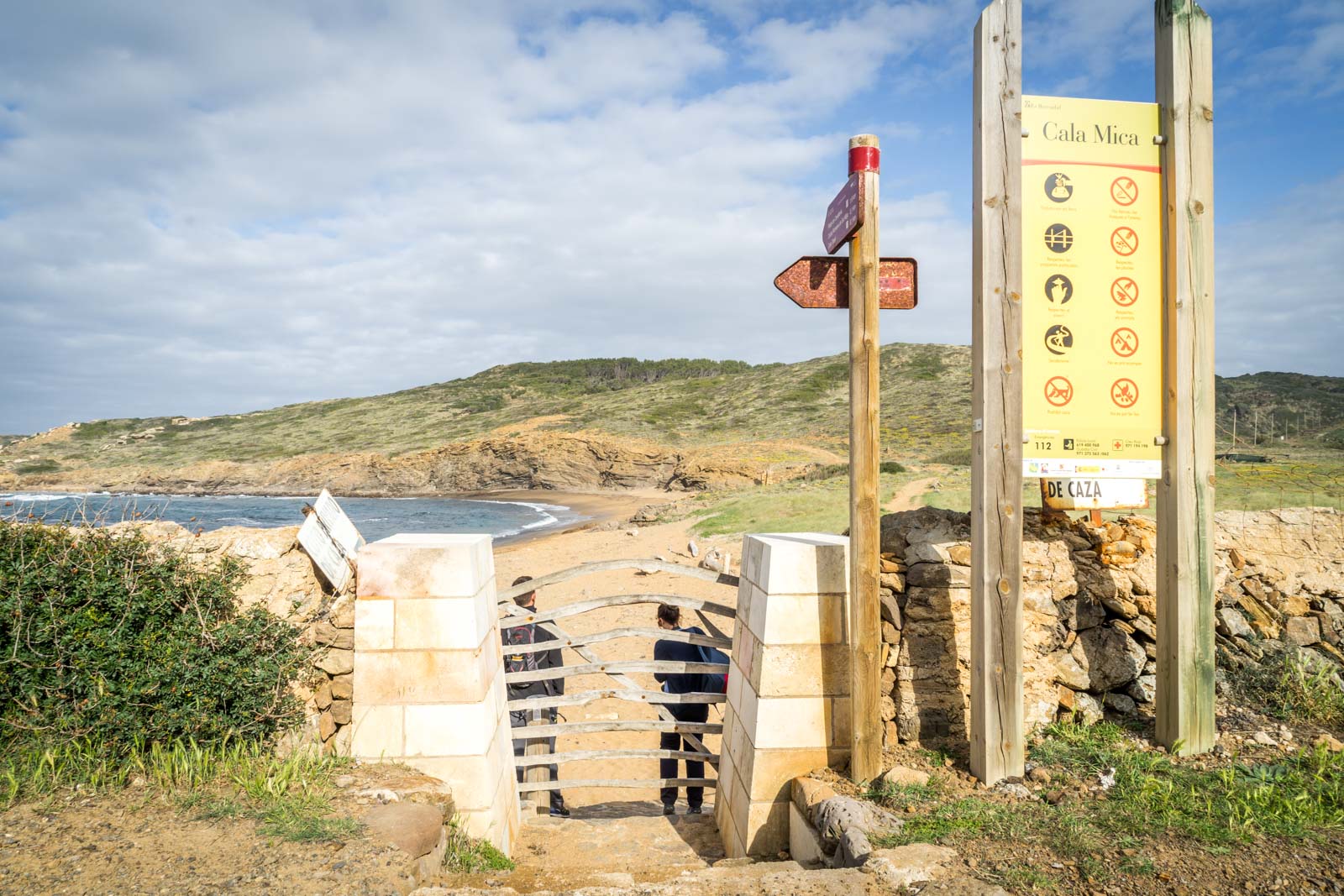 The trail was lost for many years and it might have faded away completely had it not been for a campaign in the 1990s by some local residents to protect it.

After restoration and negotiation with the private landowners, the Cami de Cavalls was officially opened to the public in 2010. And I think it’s the best way to see this treasure island. 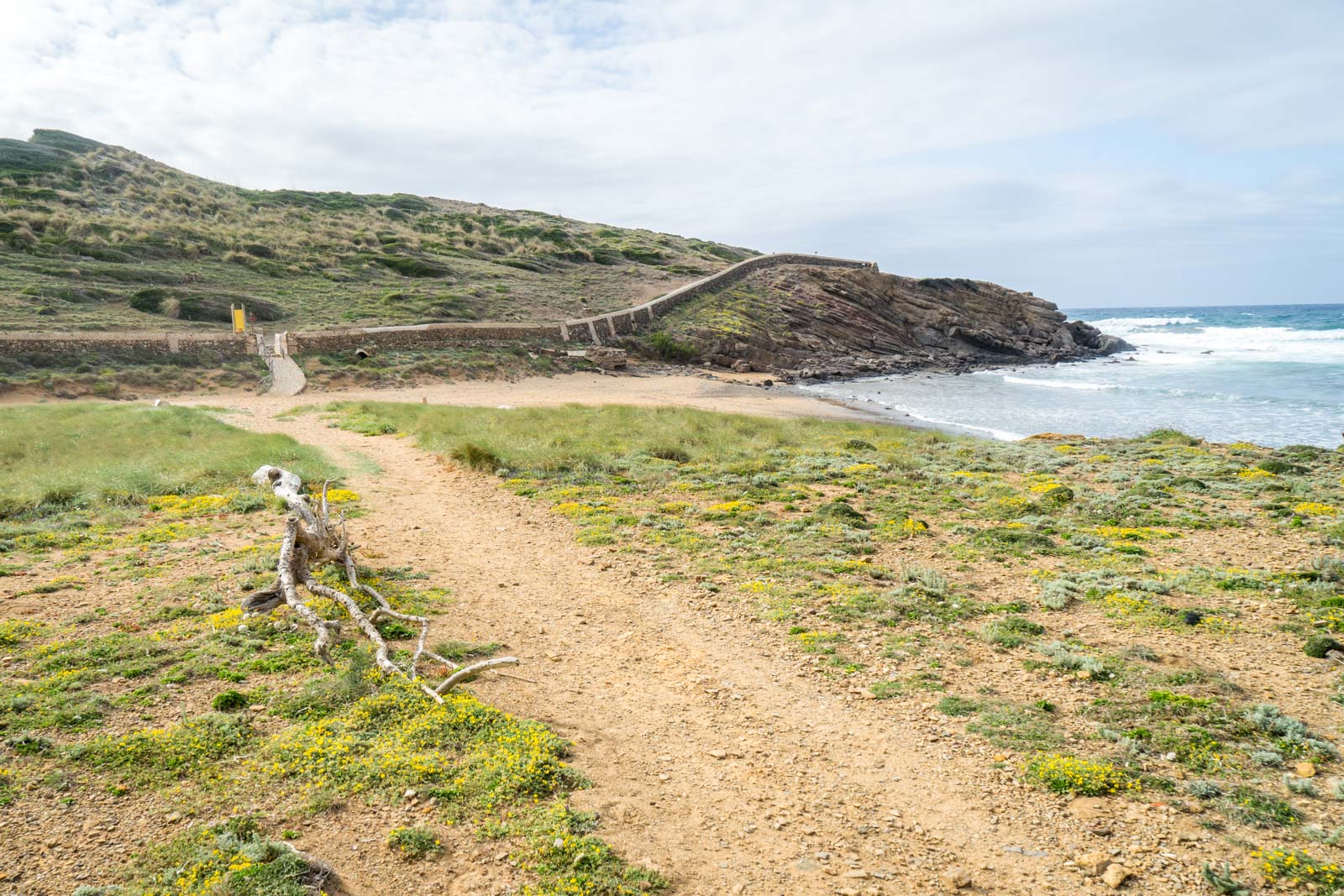 There are several ways that you can travel along the Cami de Cavalls. You can go by hike, ride a bike, or even go the traditional style on horseback.

I’ll write a bit more about biking in my next story but I think the most enjoyable option is walking, so let me tell you about that for now.

The trail is 185 kilometres long and is officially broken up into 20 different stages that are between 5 and 14 kilometres in length. These stages are useful to know if you are interested in just going for a short day hike along some of the trail. 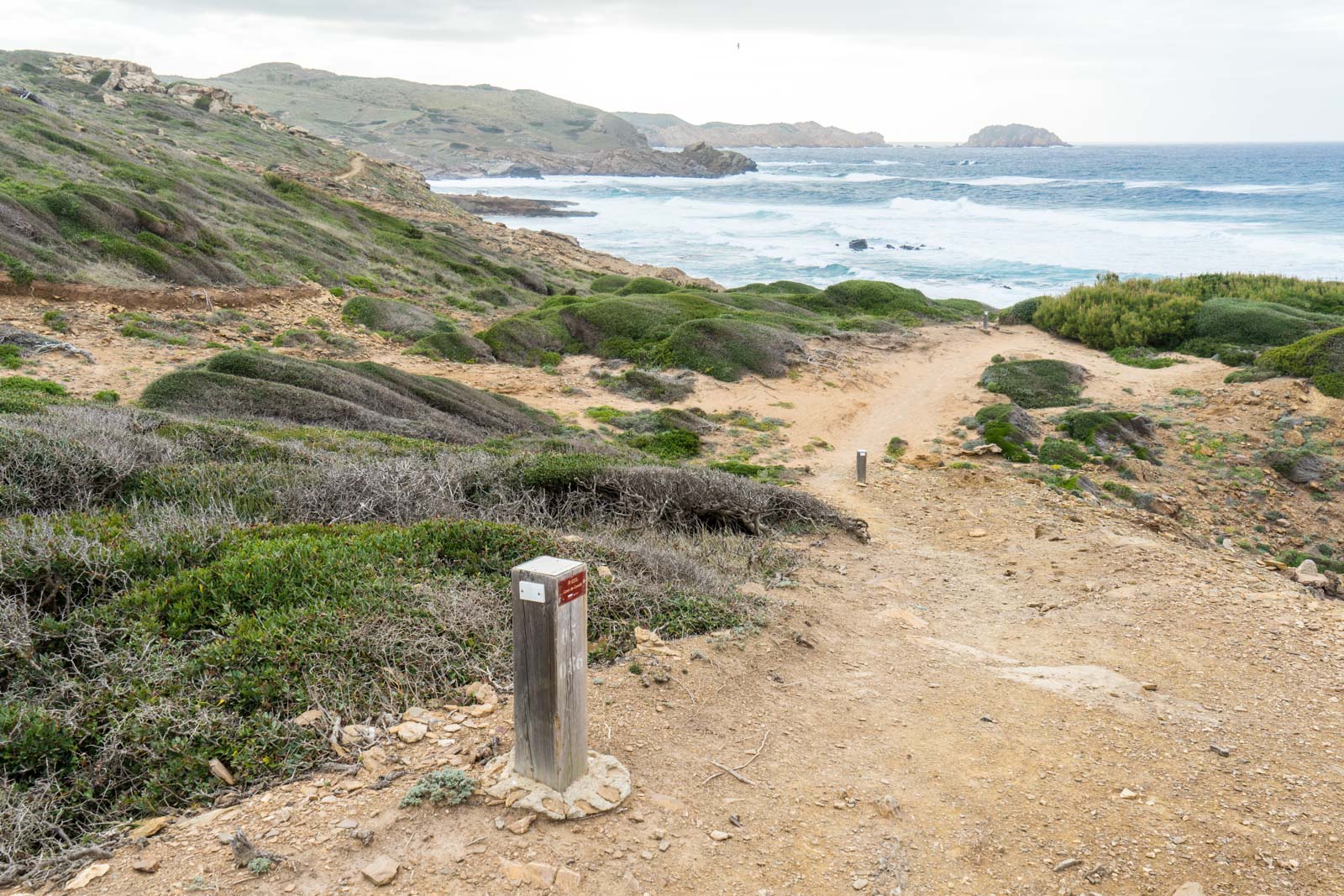 However, I think the most interesting trip to consider is walking the entire loop of the trail. The coastline changes more than you might expect along the way, from the orange jagged rocks in the north to the quieter green cliffs in the south. 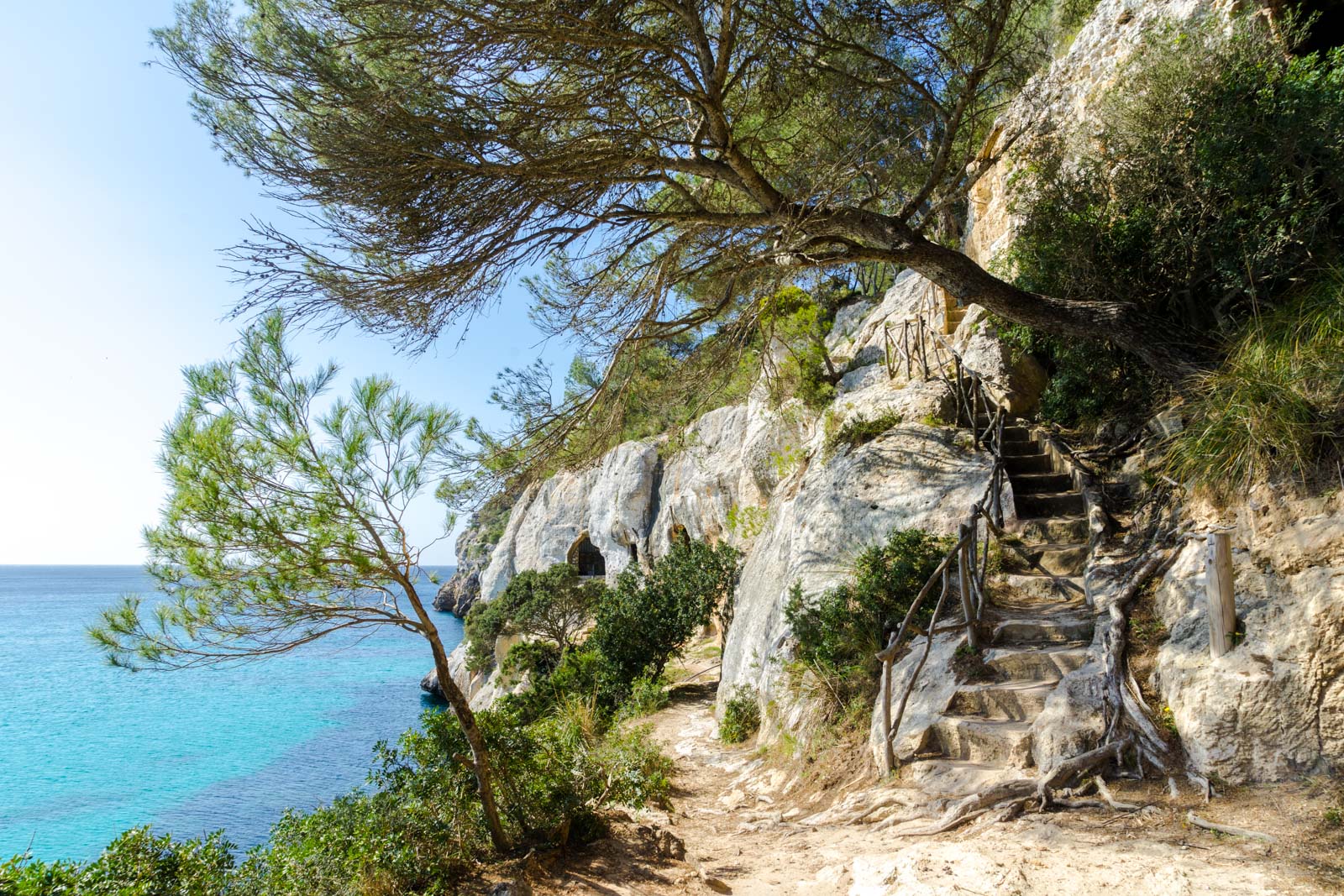 You can break up the whole walk into as many days as you like – normally it’s between 6 and 10. A good compromise is to do it in a week, which means you’ll walk an average of 26 kilometres each day.

That leaves a bit of time to stop at some of the beaches for a swim, have a decent lunch break, and explore the area around your accommodation for the night. 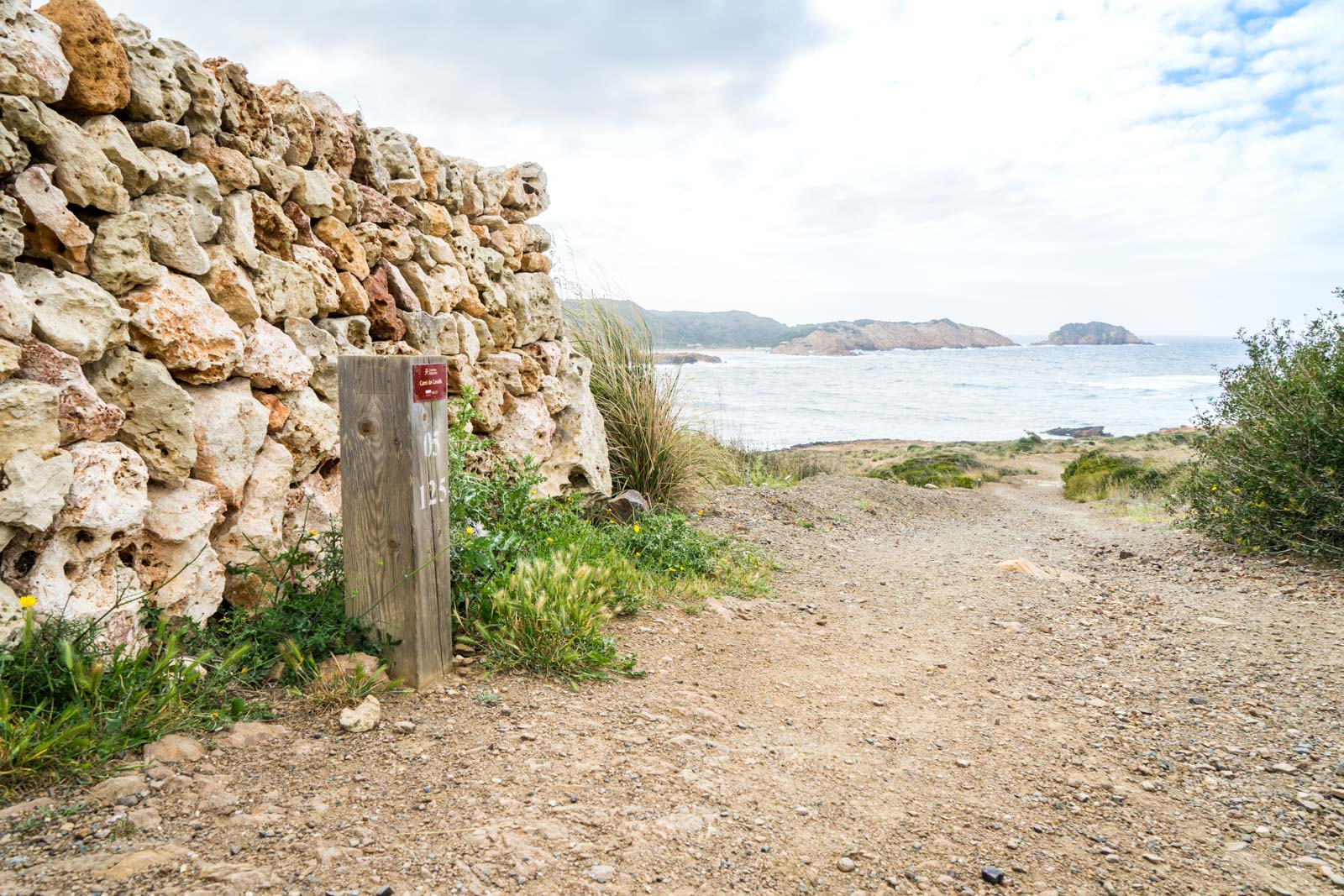 My guide, Joan, is part of a great local company called Cami de Cavalls 360º which specialises in organising all the logistics for you.

They’ll recommend the best itinerary for your needs, provide you will maps and information, book the hotels for you, and even transport your luggage between accommodations so you can walk with just what you need for the day.

I would highly recommend speaking to them if you’re interested in doing the whole walk. 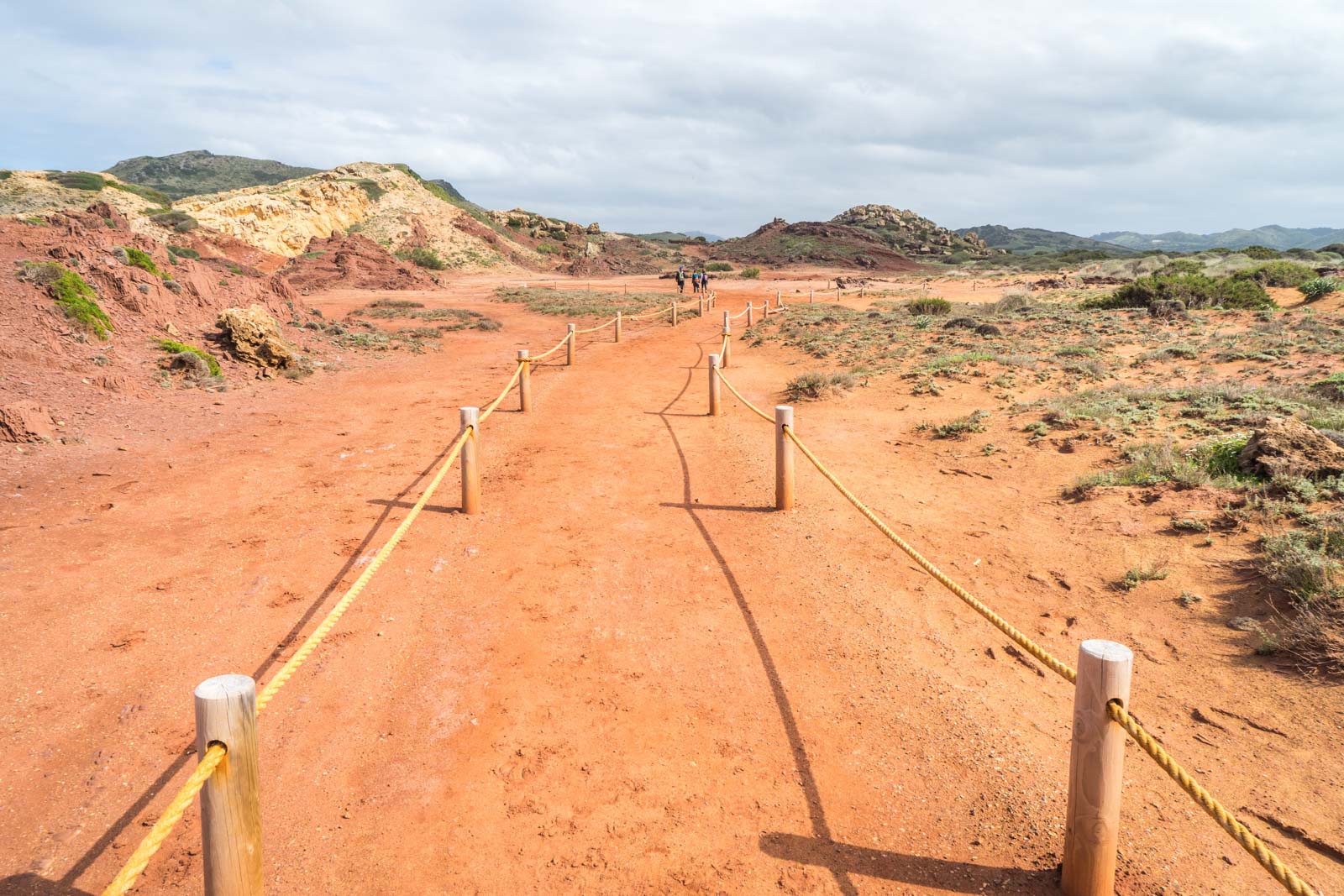 However, I’ve also put together a basic guide for you here, to show how you would be able to do the walk yourself in 7 days.

You can refer to the map to see the path that the Cami de Cavalls takes and I’ve included accommodation recommendations for the stops.

You’ll note that the first few days along the north coast are longer than those along the south – I’ve done it this way to make sure you stop at places where there are hotels to sleep.

The final day into Mahon is also short, so you can make an afternoon flight if needed. 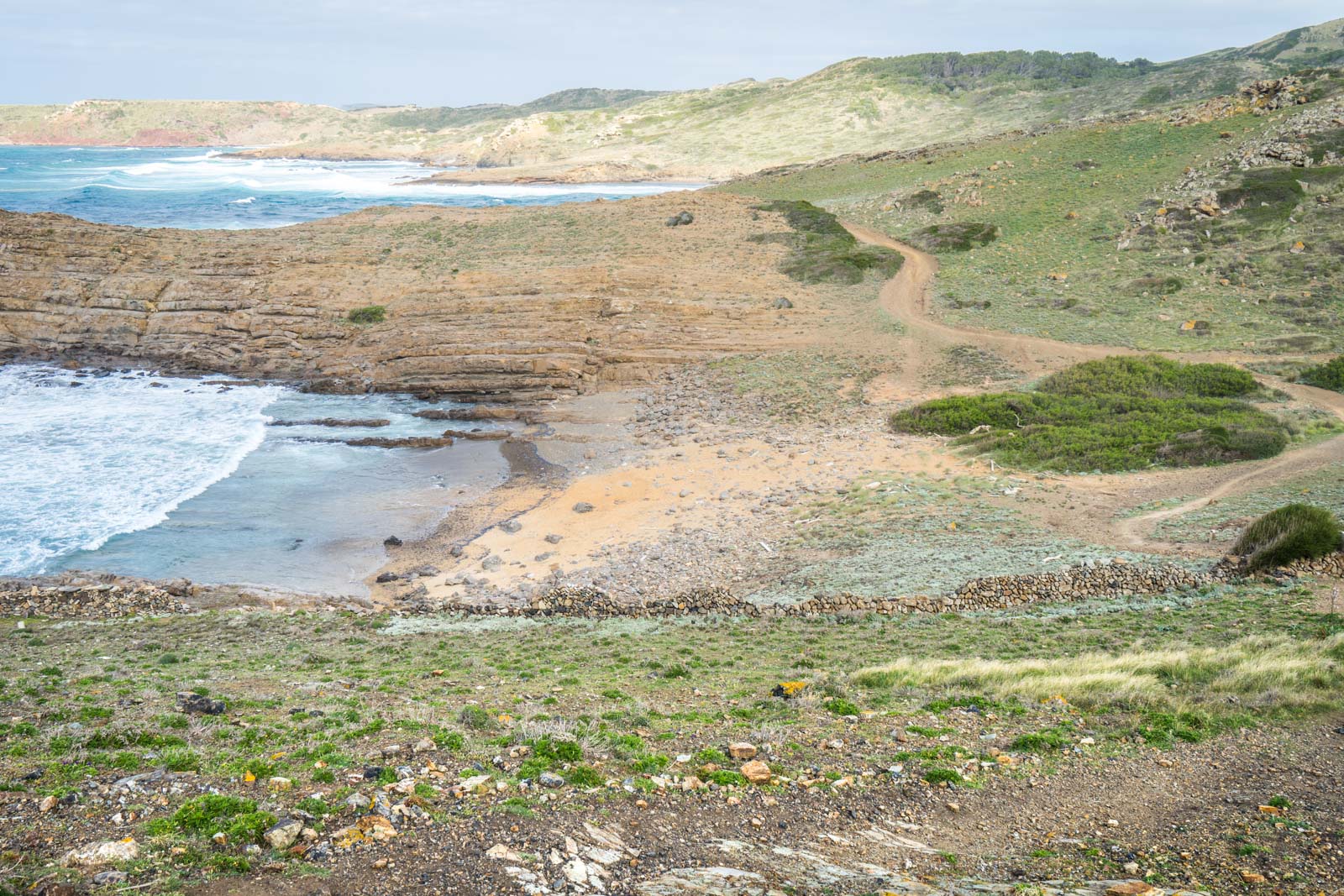 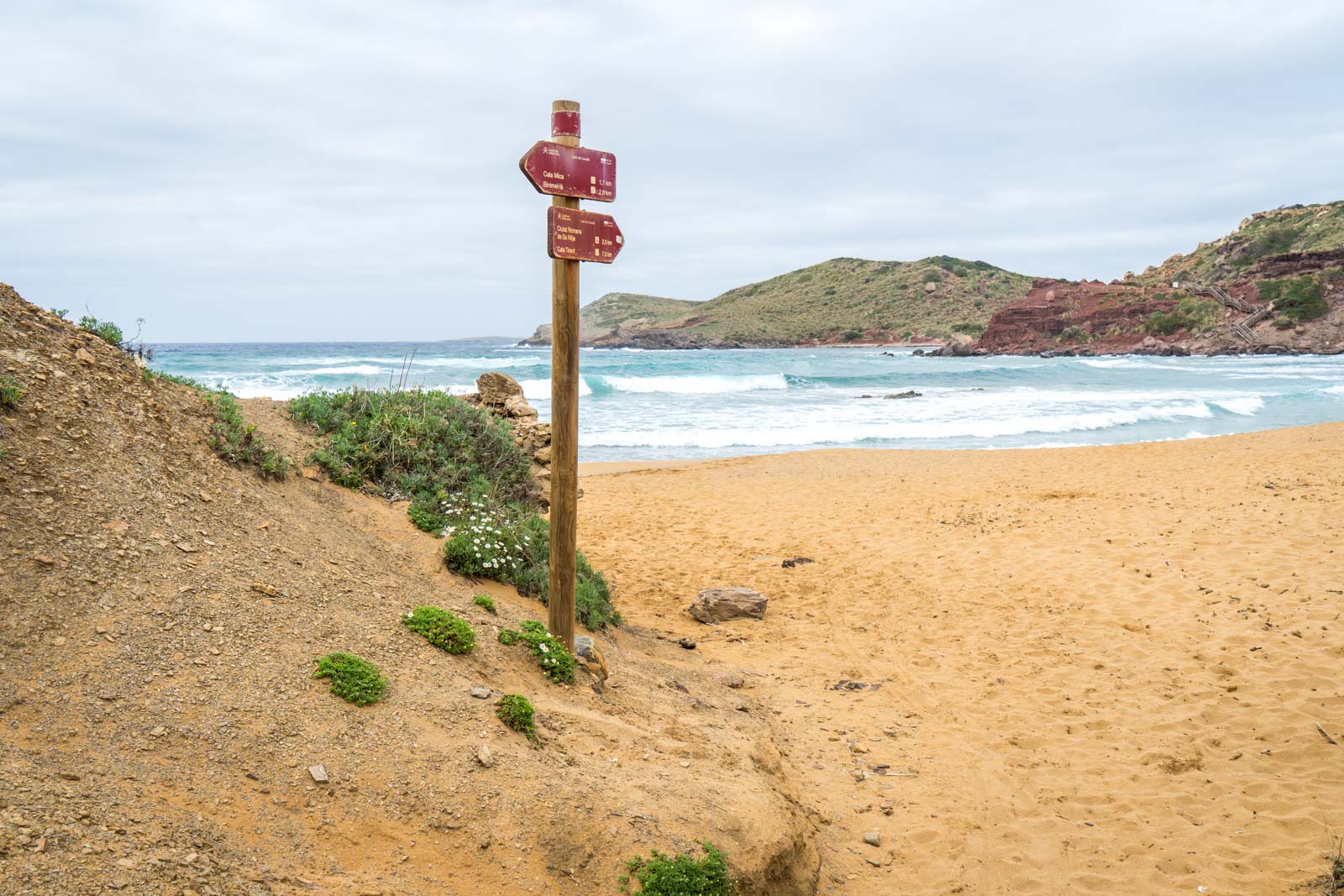 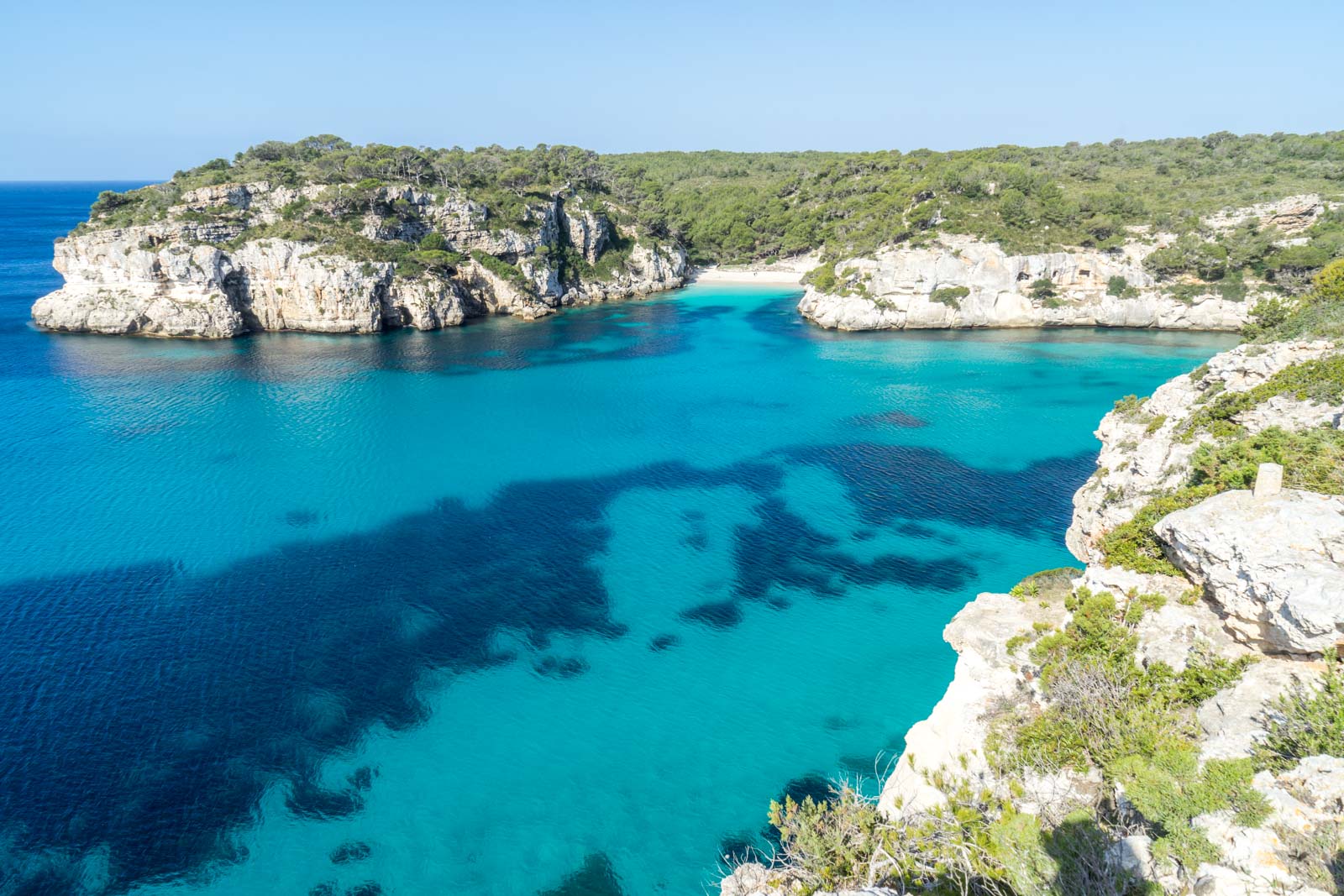 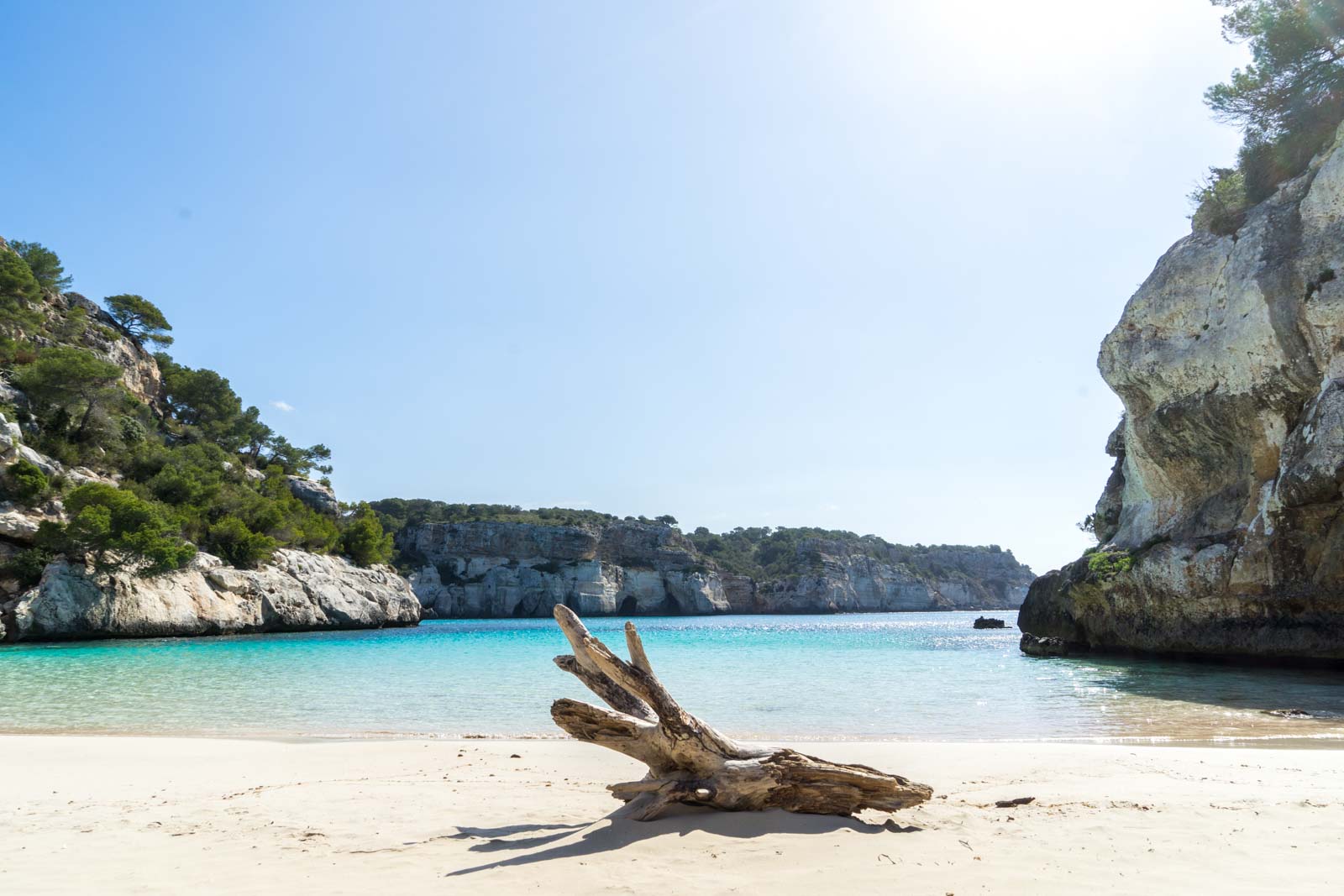 You don’t need to be super fit to hike the Cami de Cavalls – you just need to be willing to enjoy the coastal landscapes of Menorca for a week.

The trail was created hundreds of years ago to protect the residents of Menorca – more recently, it was the residents who protected the trail. It is worth experiencing why they made such an effort to do so.

>> Organise a tour or help with the walk here