It’s a grey afternoon by the time I arrive at the Bergpark Wilhelmshöhe. The clouds have all merged into one and the light rain comes and goes.

Mist has collected at the top. At first I’m a bit disappointed, but then a beauty starts to emerge from the dull atmosphere. 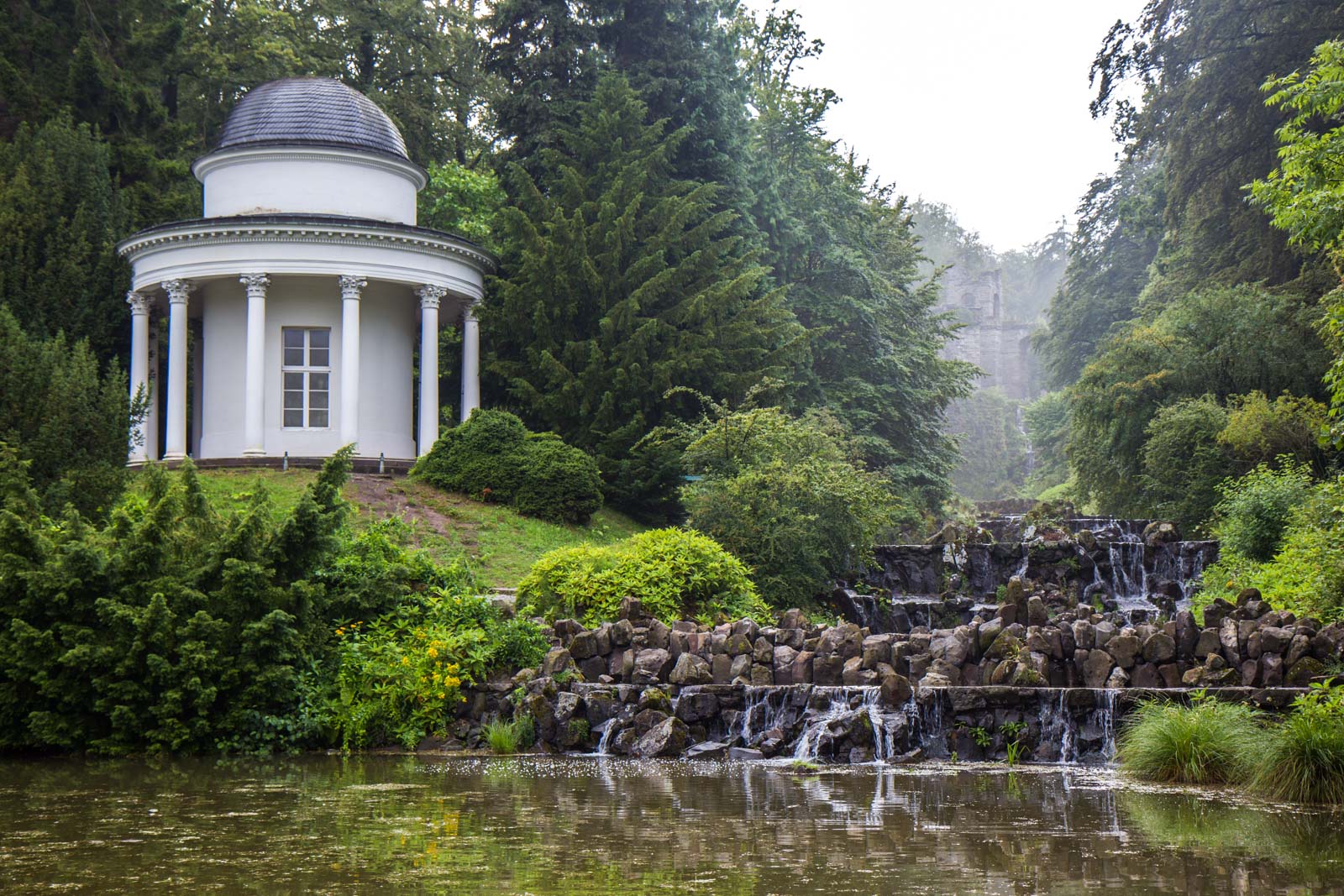 I don’t see the mist at the top for a while, though. Bergpark Wilhelmshöhe is a park – but it’s no ordinary park.

Built on a large slope at one edge of the German city of Kassel, it is the world’s second largest hillside park. In total, it covers more than 2.5 square kilometres and takes hours for me to explore. 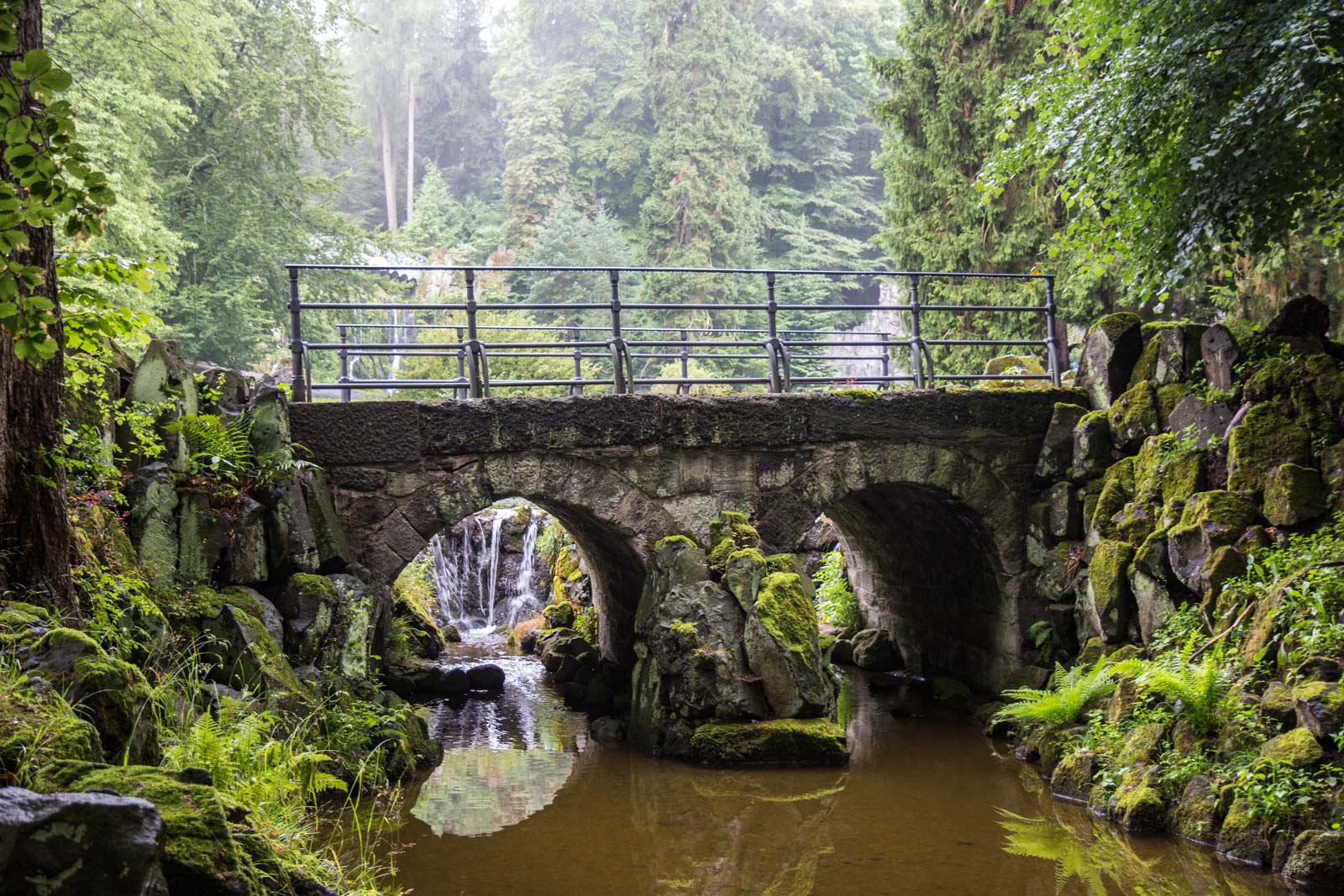 The park was first conceived in the early 1700s and has been gradually expanded and altered over the past three centuries. As well as the landscaped gardens, it has water features and dense forests in part.

There are also buildings influenced by the Baroque and Romantic periods. It is considered to be one of the most magnificent examples of European garden art to ever be achieved. 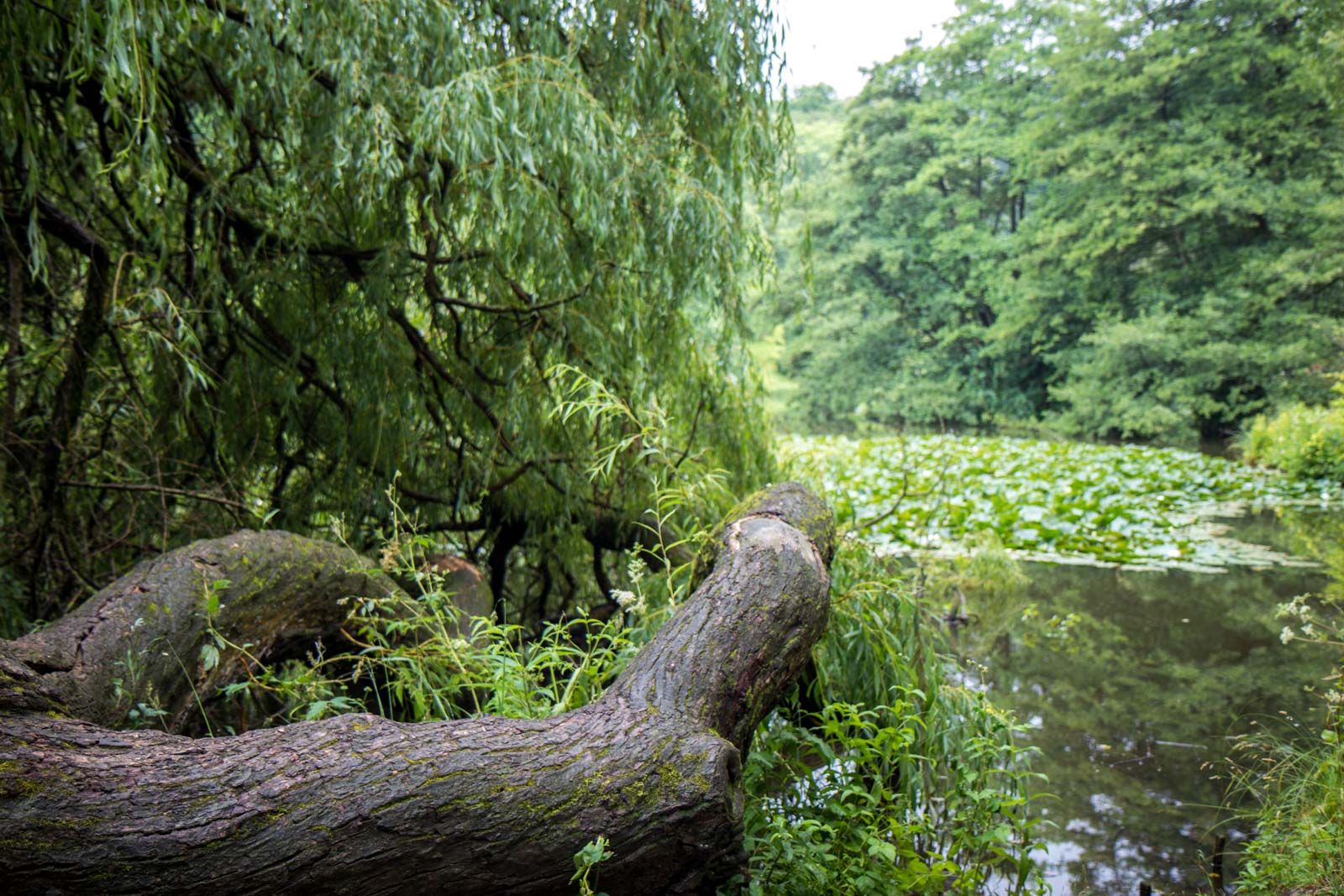 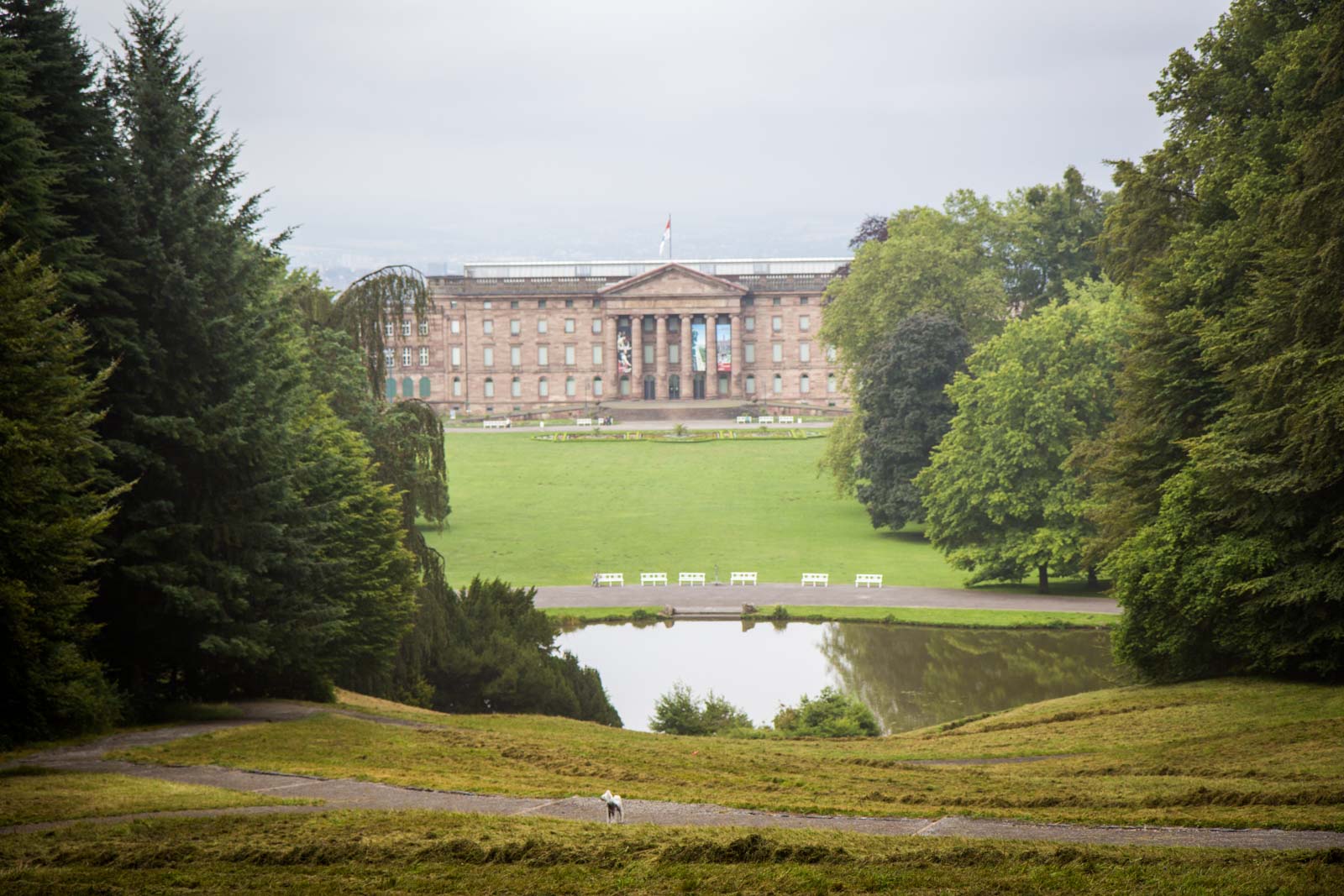 The only way to really see all of Bergpark Wilhelmshöhe is upwards. Starting at the bottom, the first thing you come across is the Palace Wilhelmshöhe. The large rounded building dominates the lower part of the site and is used these days as a museum. 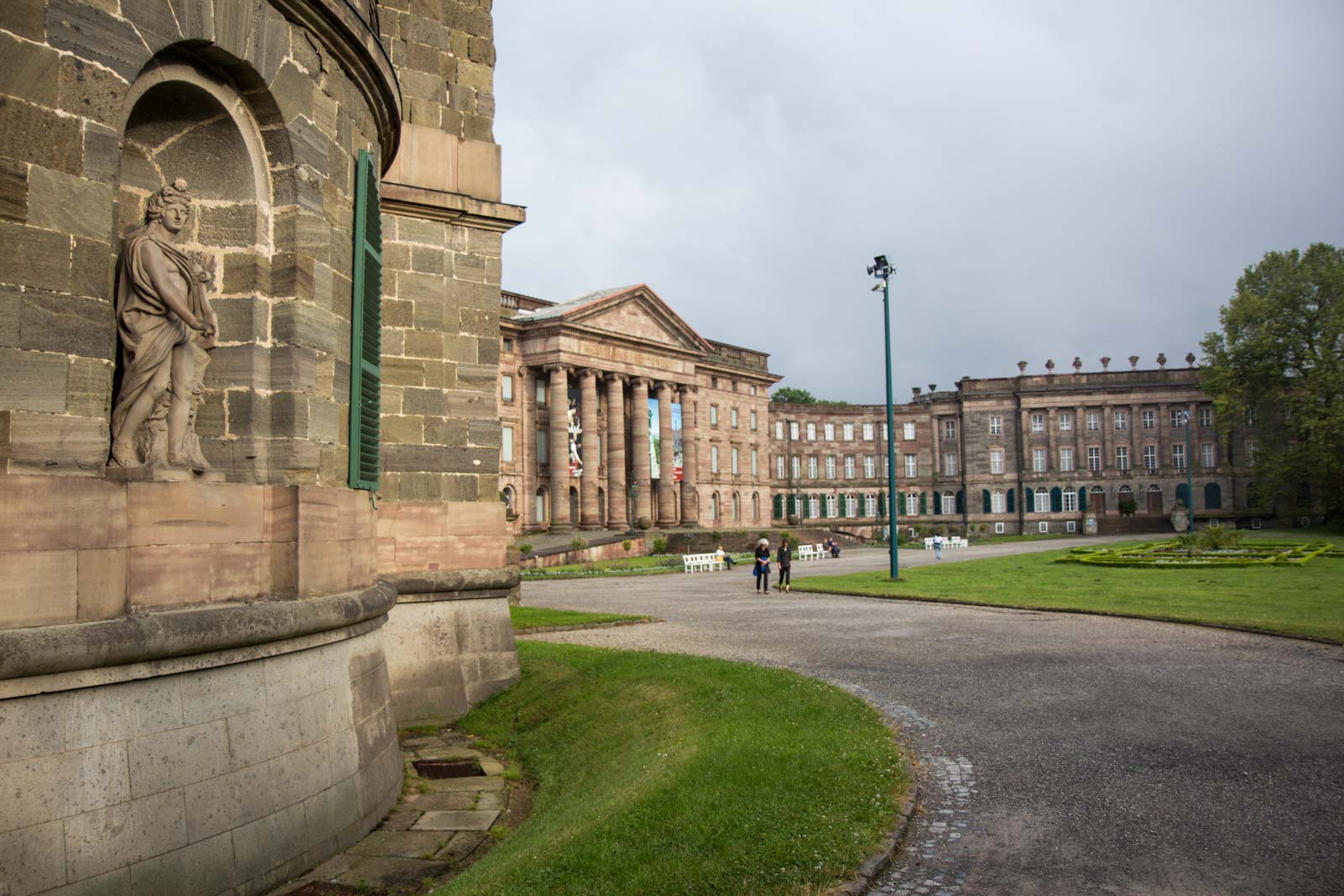 At the very top is the famous Hercules Monument, which stands 70 metres tall. It is made up of an octagonal base with a pyramid on top and an 8 metre high copper statue of the ancient god at the peak.

Today you can hardly see it, unfortunately, surrounded by a grey enclosure reminiscent of the mythological cloud palace of Mount Olympus. 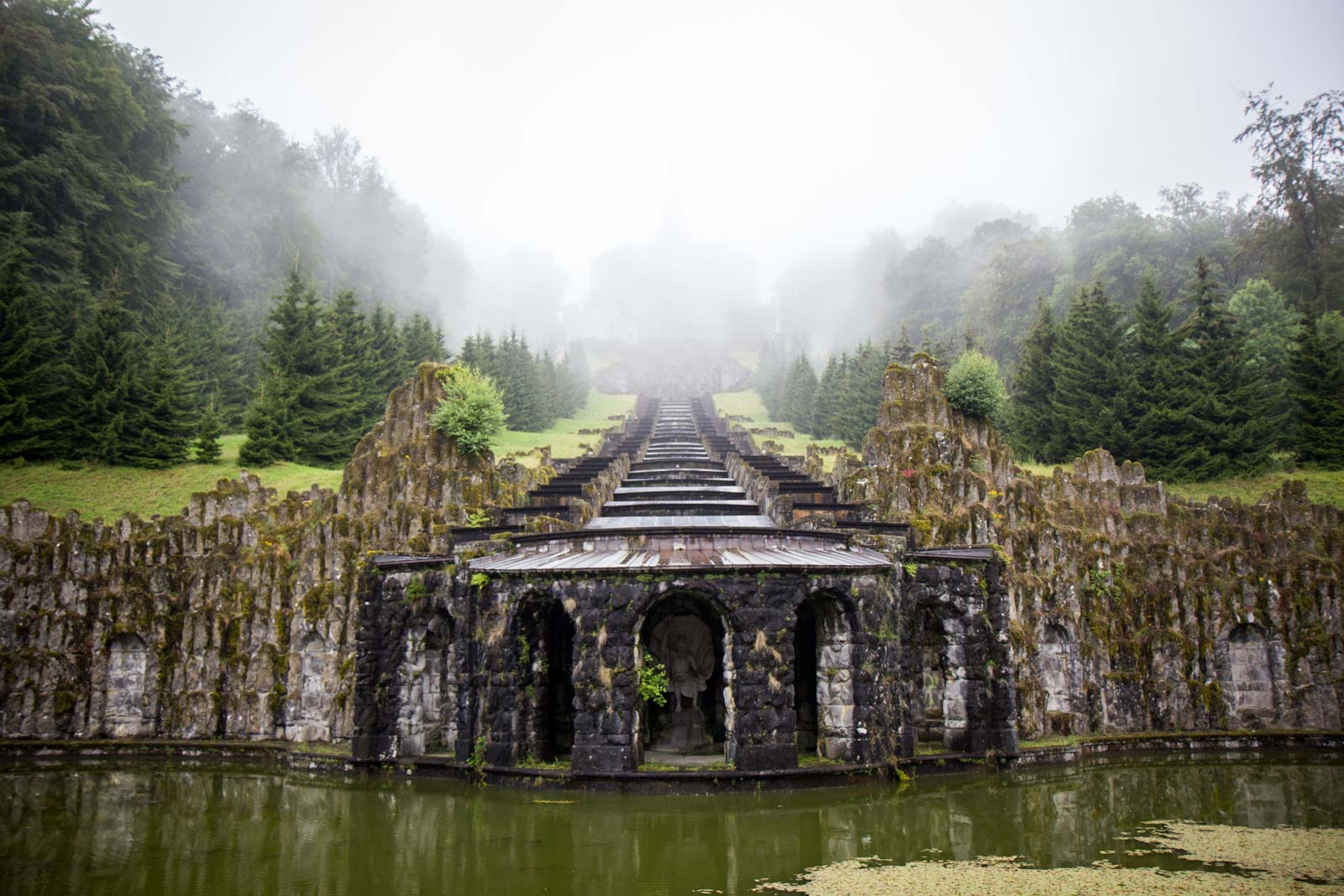 Although the palace and the statue would be considered the highlights of a visit to the park, getting between the two is what the site is really all about. A 1.5 kilometre long complex of cascades connects the two – sometimes as constructed water features, occasionally as majestic waterfalls and also as more natural-looking streams. 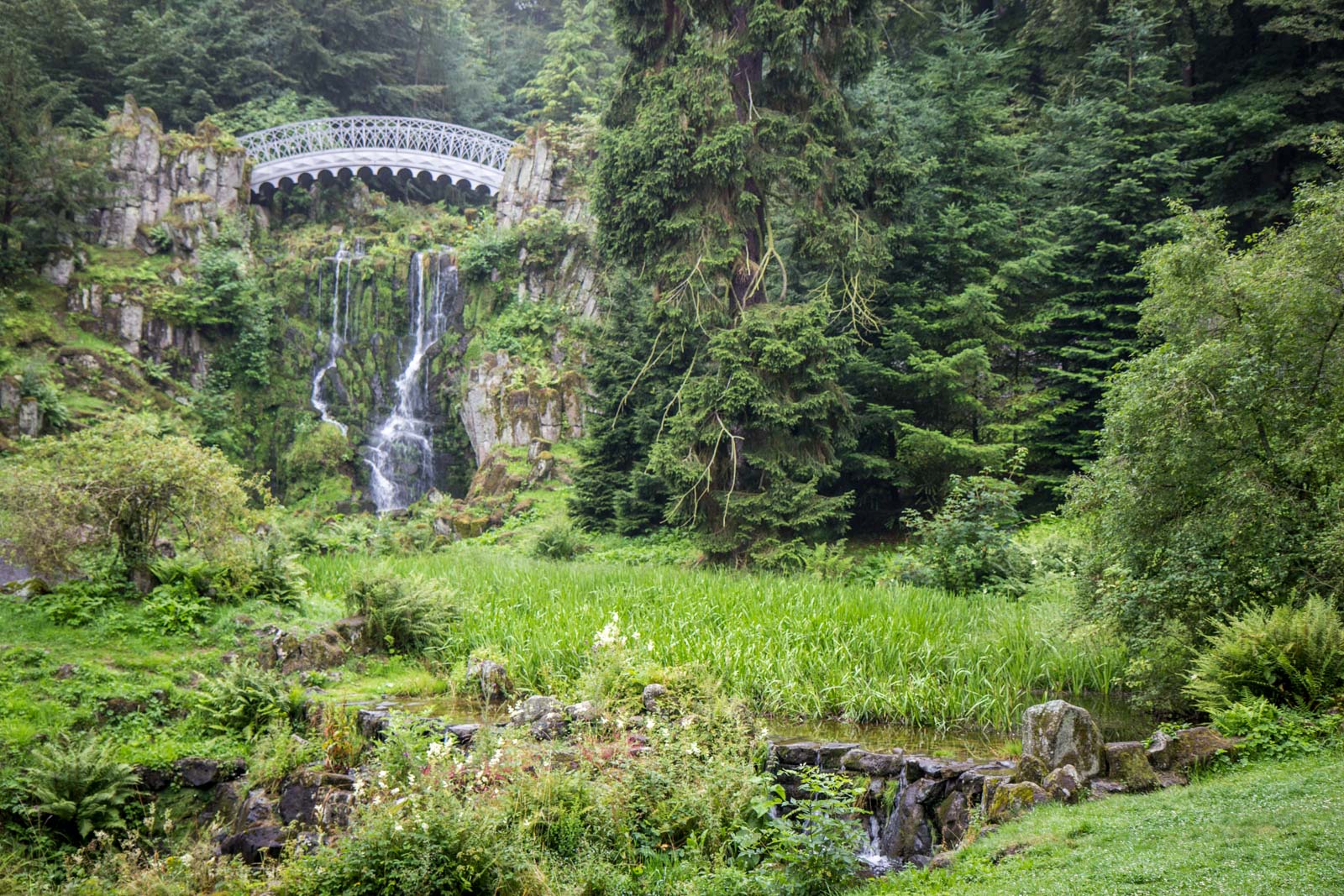 Although there is a direct line of sight between the top and the bottom, there is no straight path. The design of the garden encourages visitors to meander through the area and discover other attractions.

There’s a pagoda, an old castle and a greenhouse that I see on my wanderings. At one point I find myself in a thick forest filled with trunks and mist, so dense that I can’t see an end to it in any direction.

Across the whole park, there are more than 400 types of trees and shrubs. 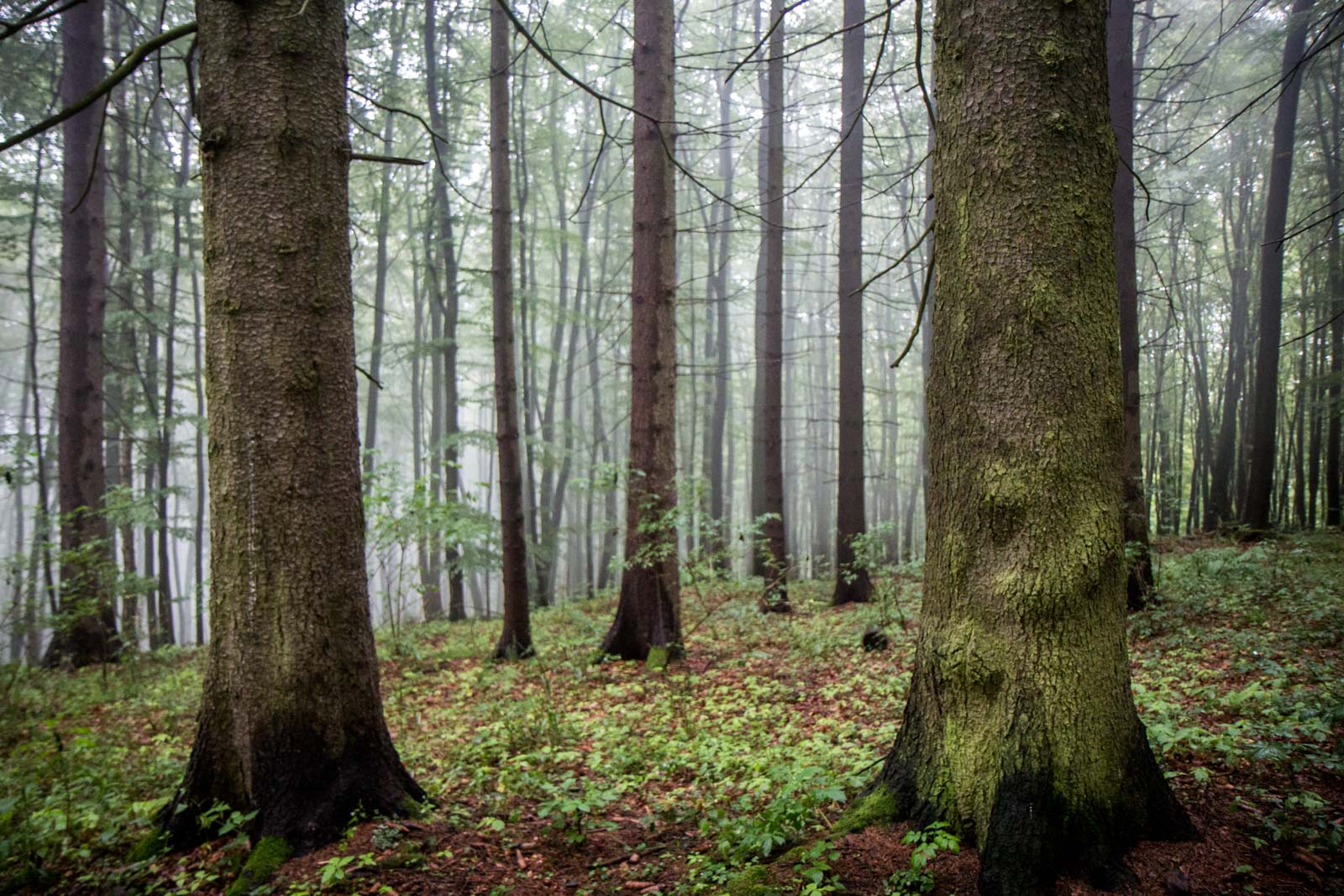 The best way to see the park is by foot. It is possible to use a bicycle but there’s a lot of uphill which can be slightly unpleasant at times. Also, not all the tracks are suitable for bikes and you’ll be restricted to certain paths.

It takes several hours to walk through and see it properly. There is no need to rush and no particular route that’s best to follow – the enjoyment comes from meandering along and exploring the different paths the forks in the road point you in. 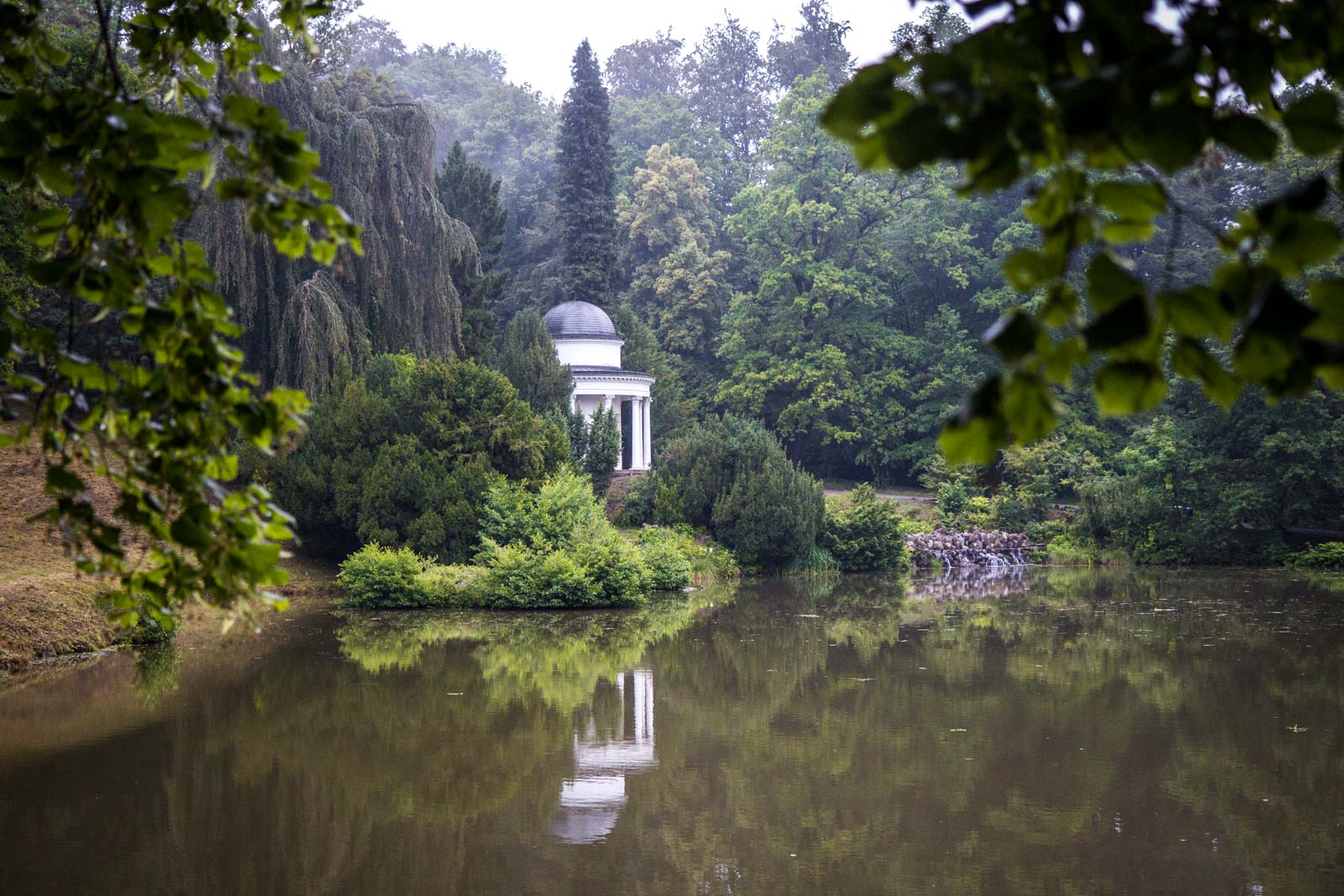 The Palace Wilhelmshöhe is easy to access because it is at the bottom of the gardens. The final climb along a series of water features to the Hercules statue is quite steep but easy enough if you take it slowly.

The best forests are in this area and are a nice alternative way to get back down if you’ve walked up the main corridor in the centre of the park.

Entry to the park and all the natural features are free. There are admission charges for most of the buildings including the palace and the Hercules statue.

Consider taking a packed lunch with you to the park and spending the day exploring the different areas.
You can find out more information here about Bergpark Wilhelmshöhe.