All across Germany there are excellent examples of Rococo architecture.

If you haven’t heard of the style before, imagine a flowing and graceful elegance with light colours, gold and ornate stucco design. It was more light-hearted than other styles of its period and placed an emphasis less on public religious statements and more on nature, fun and privacy.

So, although you can find many grand pubic buildings designed with the ethos in the 18th and 19th centuries in Europe, it all started here at the Castles of Augustusburg and Falkenlust.

And even within just these two buildings, the style developed rapidly as artists played with the ideas behind this new fresh way of decorating grand residences. Augustusburg and Falkenlust Castles are located in the German town of Brühl, not far from Cologne, and were built in the 18th century.

They are set amongst expansive gardens and parklands that were in the middle of the wilderness when the idea for their construction was first raised.

Augustusburg Castle was created as the main residence and it took several decades to be completed.

It’s because of this that the evolution of the Rococo style if clearly evident over the years from its very beginning. Along the wings of the castle, a series of interconnecting rooms show the hierarchical nature of society at the time. The further along the wing that visitors were permitted, the more important they were considered.

The decorations of the rooms reflect this with changing levels of ostentation. The difference in the interior design between the more public upper floor and more private lower floor also demonstrates the separate roles of the areas. 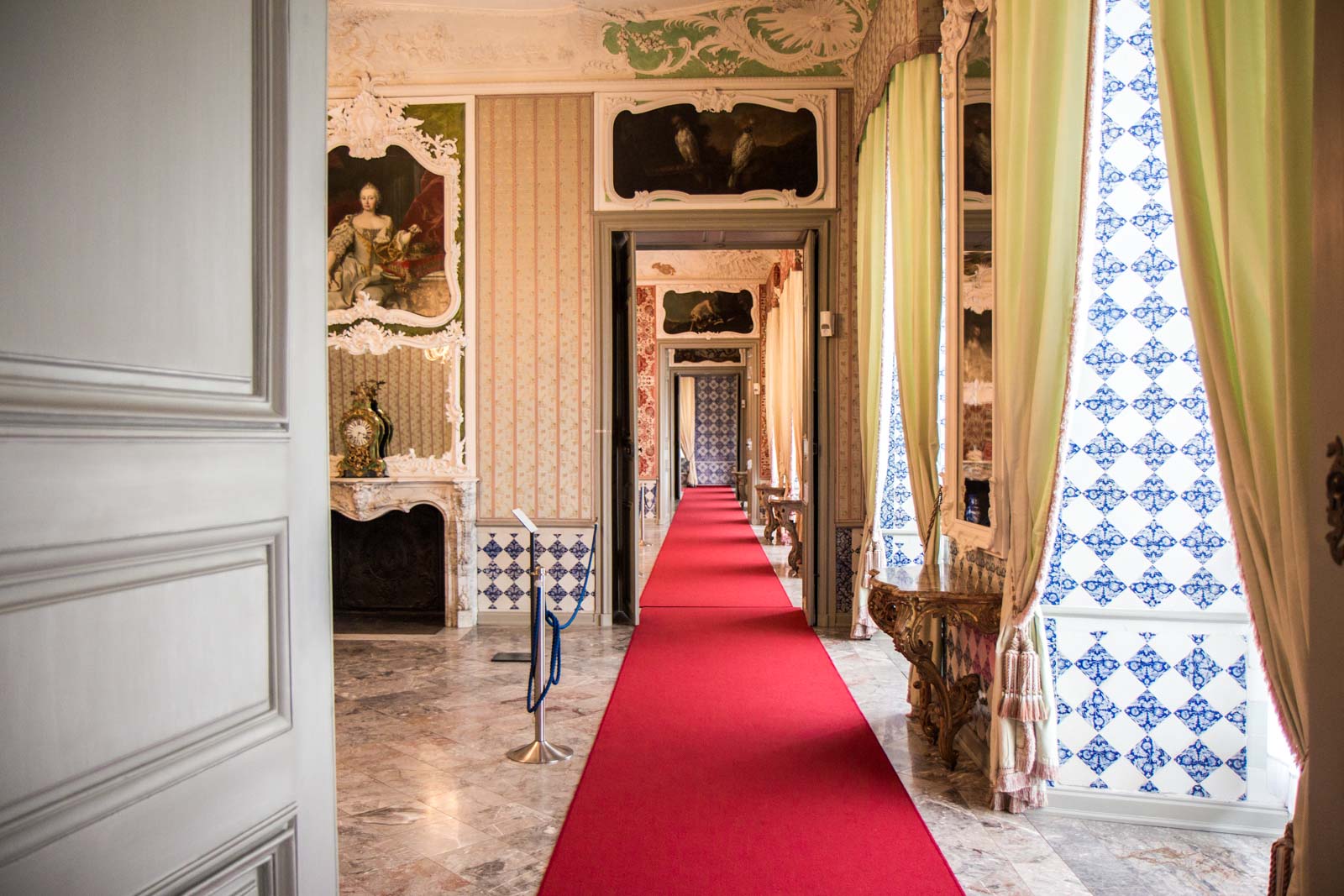 The most striking part of Augustusburg Castle is the central staircase, which incorporates marble and stucco with jasper columns and an impressive fresco on the ceiling. It was designed to impress visitors and create a physical height difference between them and their host. Falkenlust Castle is just two kilometres away, through the estate’s gardens, but was designed to feel like a country retreat from the main residence.

It is much smaller, much more intimate and with a higher concentration of different artistic influences. It was used primarily as a hunting lodge and the ground floor rooms are decorated with motifs of this sport along with other natural elements. 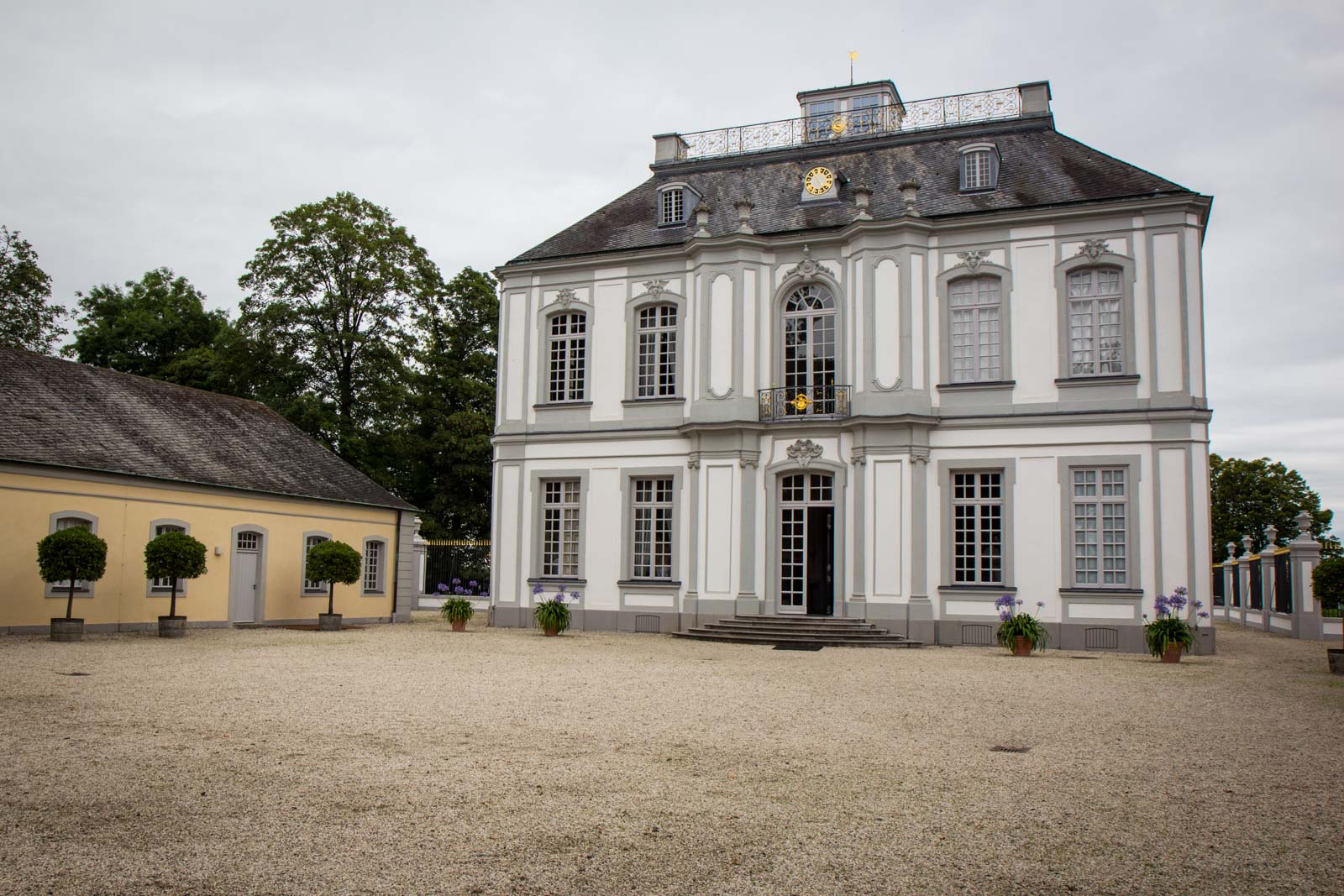 The upstairs has an almost-heavenly feel of serenity, with references to religion, folklore and family history. It’s a sanctuary for the residents from the slightly more public area downstairs. 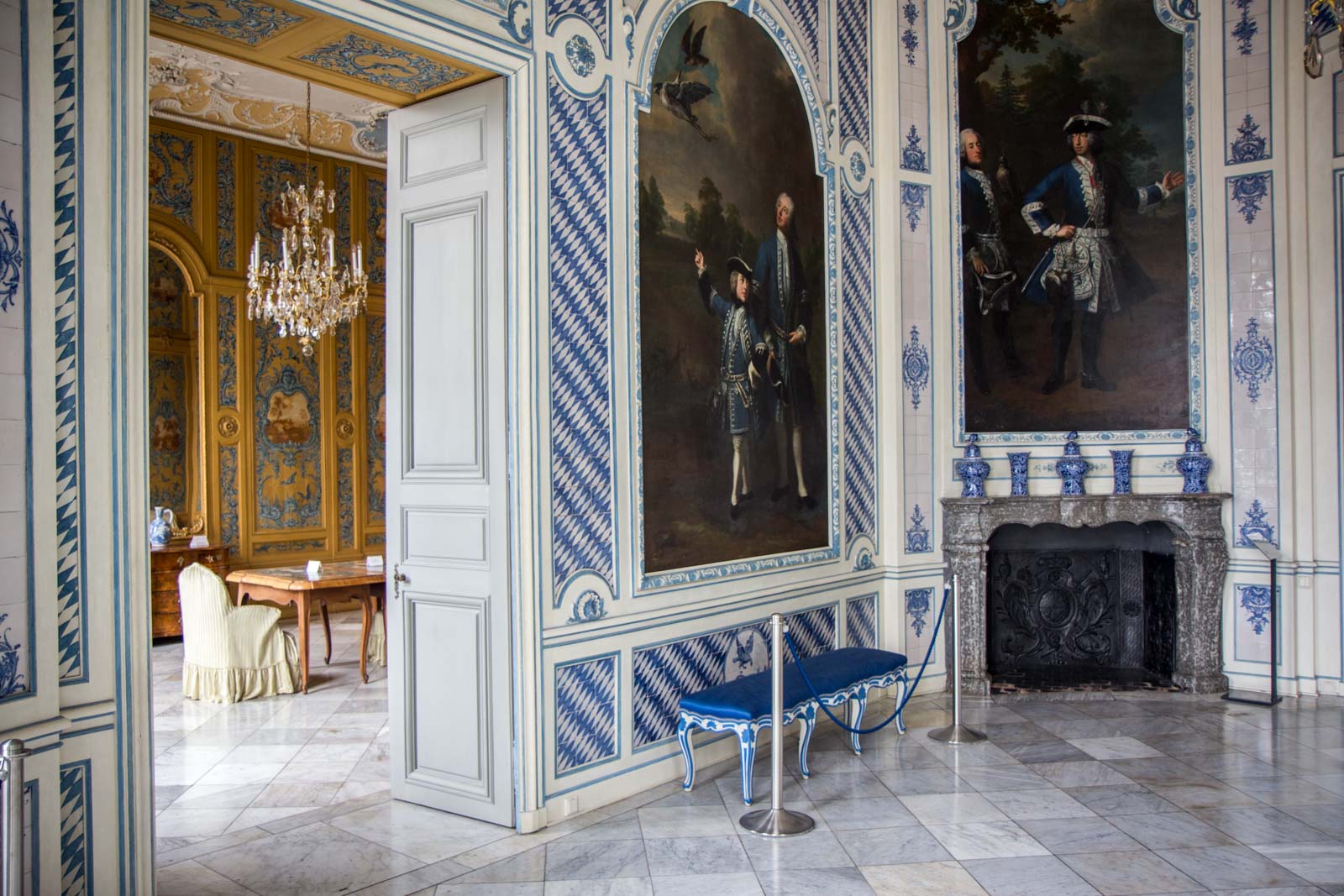 Although they’re not nearly the most famous castles in Germany, the style of the buildings and, more importantly, the interior designs were to influence the creation of other princely courts for more than a century.

They are extremely significant in terms of architecture and design of the 18th century and are worth visiting for anyone interested in those topics.

Both castles are close to each other and just short walks from the train station at Brühl. It is an easy trip from nearby Cologne and could be done quickly in an afternoon or morning – or as a more leisurely day trip. 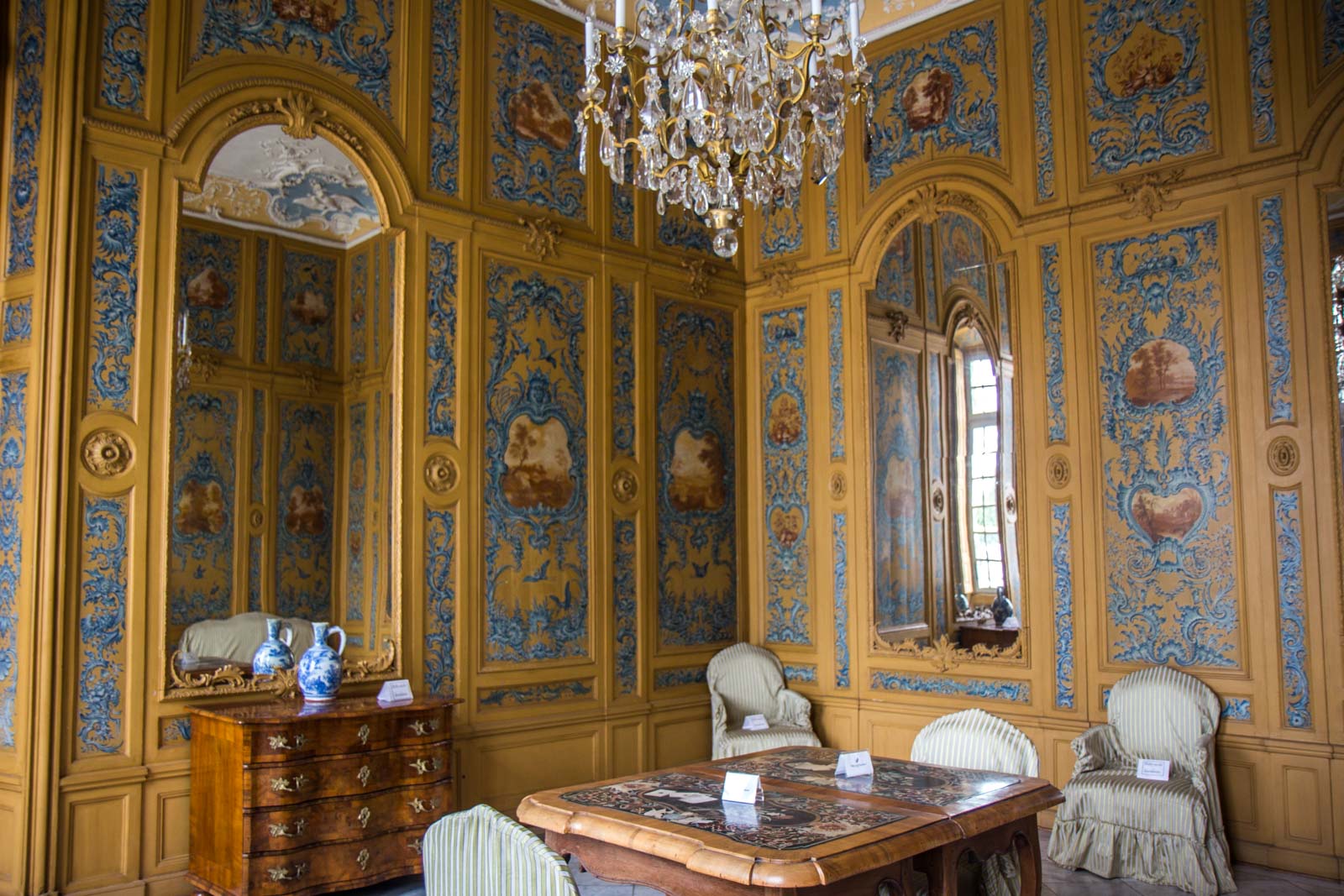 It is definitely worth seeing both castles and spending a bit of time in the surrounding gardens as well.

Augustusburg Castle can only be seen as part of guided tour but Falkenlust Castle is open for you to explore at your own pace. It doesn’t matter which you see first but it might be a good idea to base that decision around when the next tour is starting.

The Castles of Augustusburg and Falkenlust are located at: Parkplatz, Max-Ernst-Allee, 50321 Brühl, Germany.
You can see it on Google Maps here.
To get to the castles, catch the train to Brühl and they're both just a short walk from there.
The castles are open at the following times:
Monday: Closed
Tuesday - Friday: 0900 - 1200 and 1330 - 1600
Saturday, Sunday, Public Holidays: 1000 - 1700
CLOSED: December and January
Admission to the castles costs:
Augustusburg Castle: €6/€5
Falkenlust Castle: €4.50/€3.50
Combined ticket for both castles: €9/€7
The castles at Brühl are very close to Cologne and it's best to use that as a base to visit them during the day.
You can find out more information here about the Castles of Augustusburg and Falkenlust.