Myanmar is again being taken over by foreigners. This time it’s not the domineering British imperialists or the Imperial Japanese army.

Nowadays it’s the camera and dollar-carrying tourists who are flocking into the unclaimed lands.

Unclaimed, this is, by the jetsetters looking for luxury resorts, the young backpackers who want to explore the world but fear straying from the trail without the safety of hordes of clones, and the families who feel an advance visa means danger and difficulties.

Myanmar is now officially open for tourism and the 30 per cent jump in visitor arrivals in 2012 proves that. 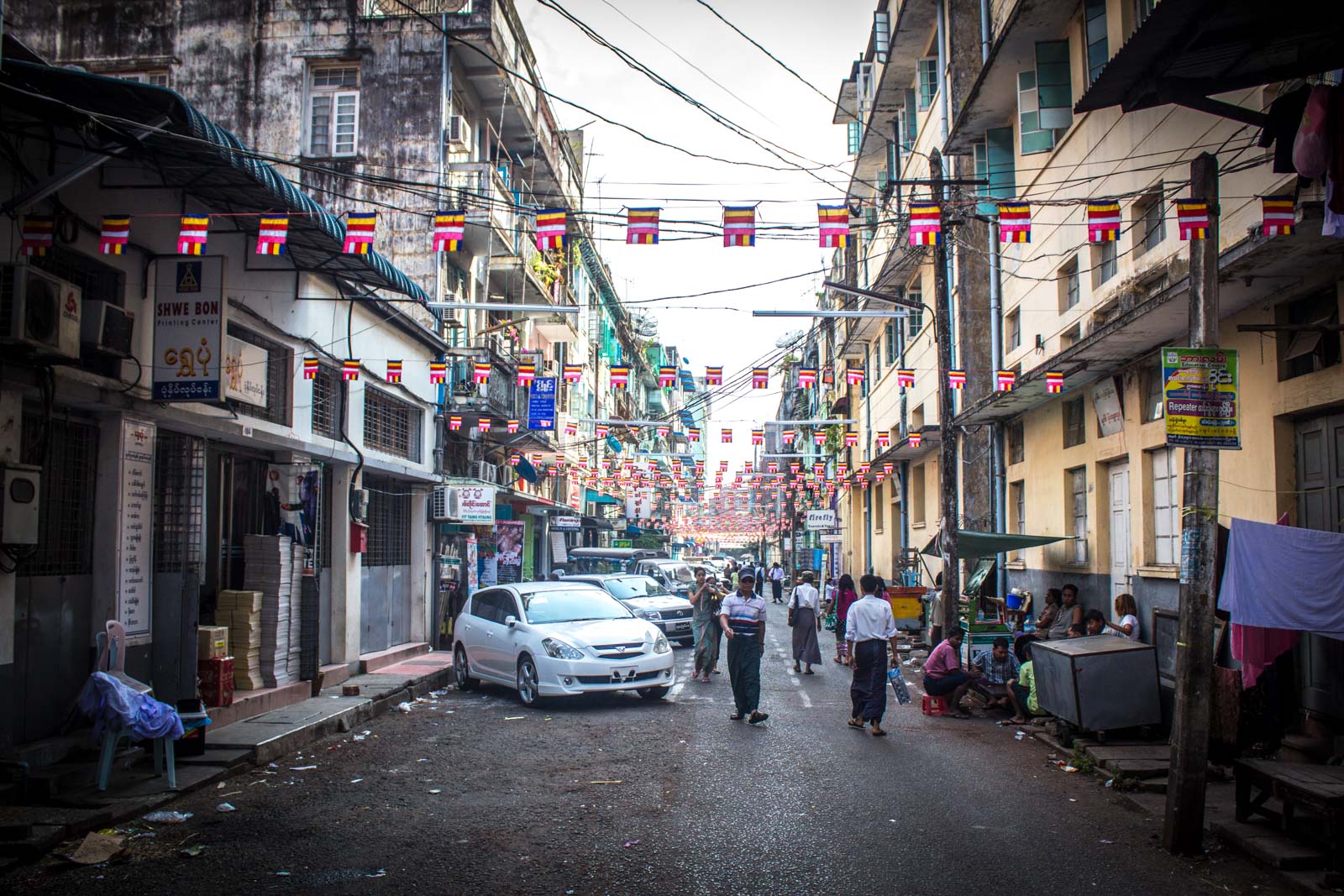 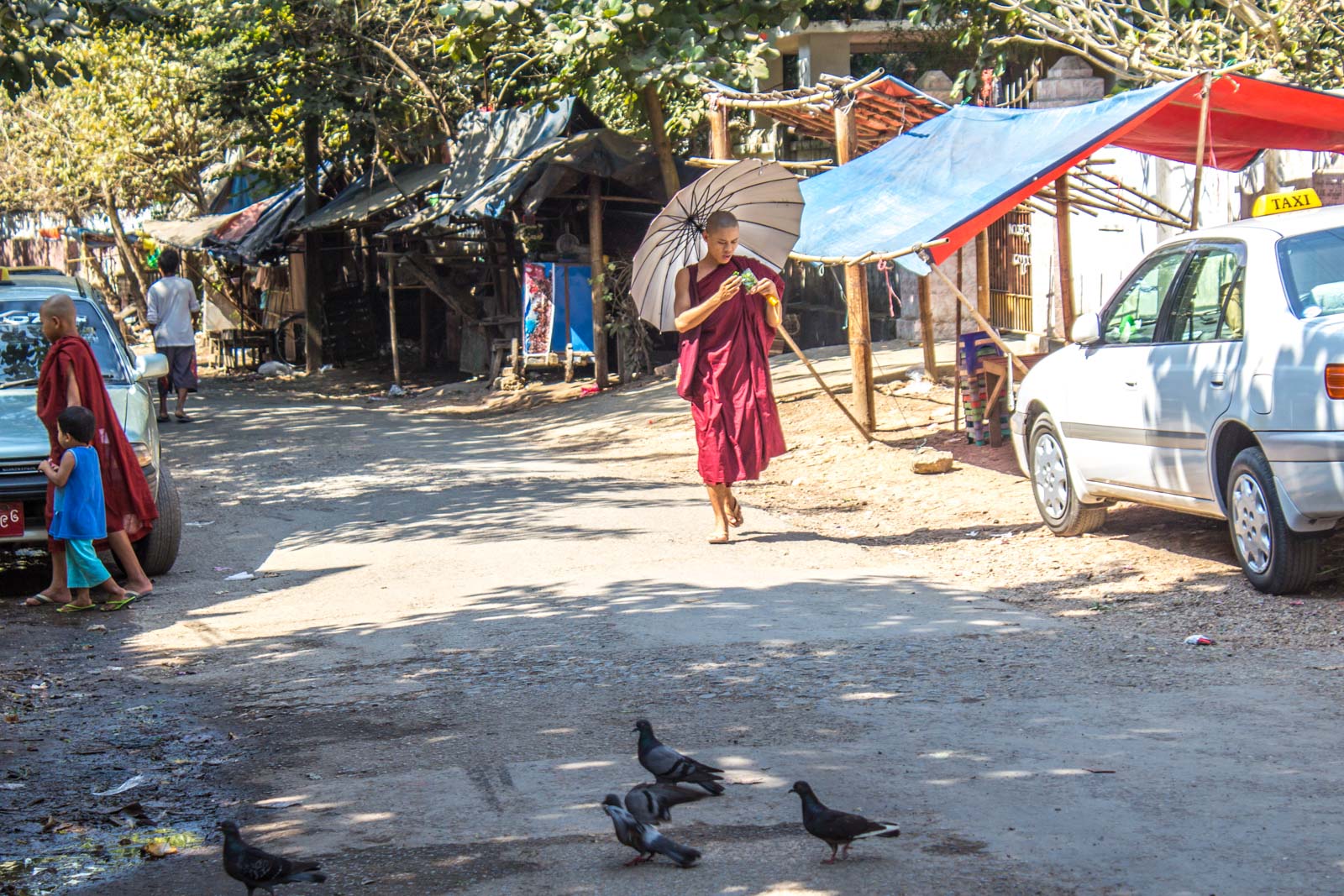 Sitting in the taxi from Yangon International Airport to my guesthouse, my eyes dart between every window, trying to capture the essence immediately.

I will come to find that it takes a while to understand Myanmar and my place as a foreigner within it. But the initial impressions confuse me slightly. From the buildings alone, I see a city in transition. Old decrepit apartment blocks, stained from the dirt of recent history, sit incongruously adjacent to flashy modern supercentres with advertising on television billboards.

One block will look like a state-run dormitory and the next like a state-owned palace. Such are the distinctions after decades of military and socialist rule.

But now the money is flowing in, capitalism is becoming the ruler of this domain. 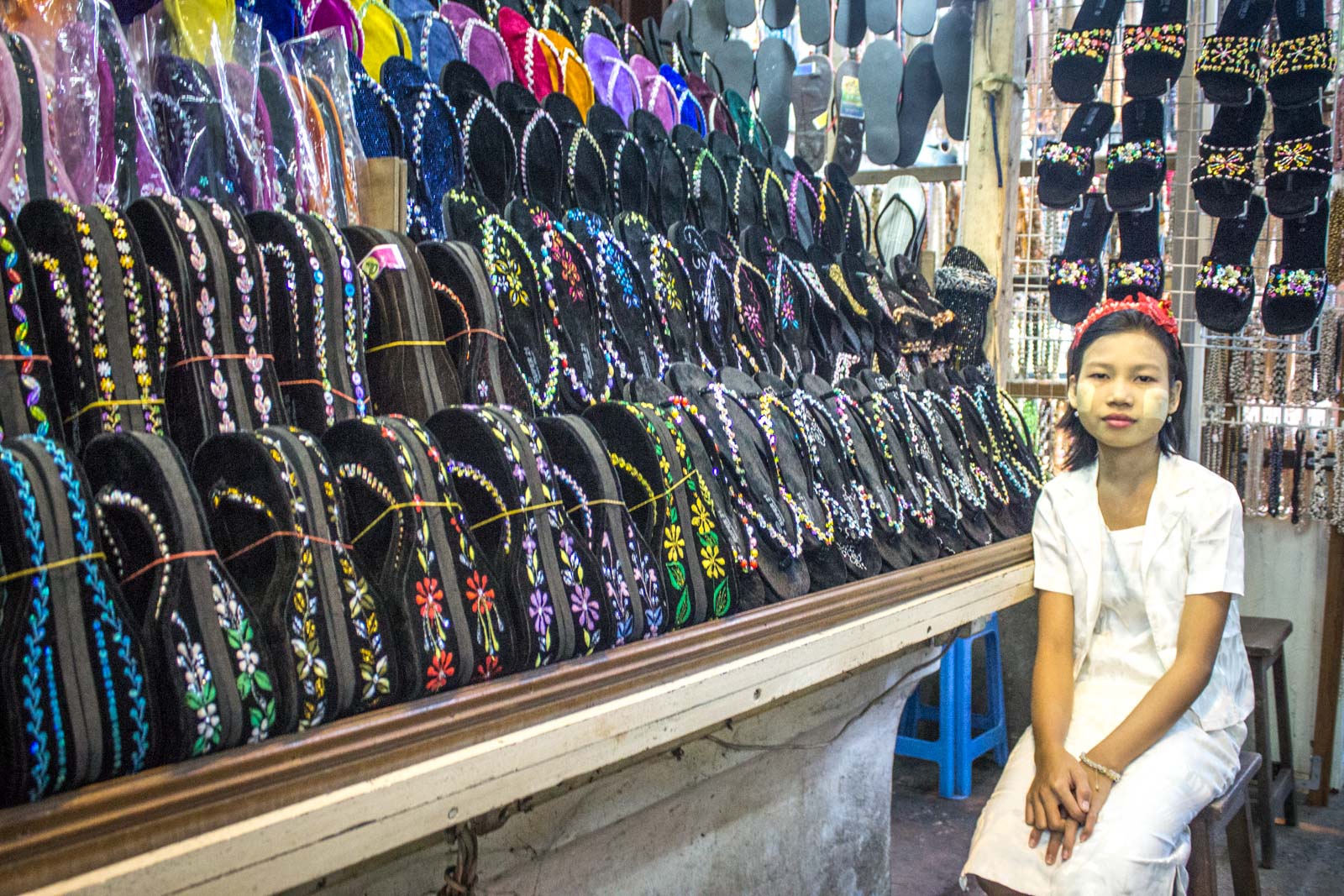 The first ATMs for foreigners have arrived in the country in just the last month or so. It shows not just the easing in international banking sanctions but also the need to provide for the increasing tourist hordes.

It’s an opening up to the world of a country notorious for its recent isolationism. (Not that the ATM in Yangon seems to accept my credit card, mind you!)

The streets of Yangon

The first evening I wander the streets of Myanmar’s largest city in search of food. I’m surprised by the activity everywhere – crowds fill the pavements, traffic clogs the roads and everyone seems to be buying or selling something.

The street food everywhere makes my walk seem like a gauntlet run where the smells and tastes are trying to assault me from every direction. 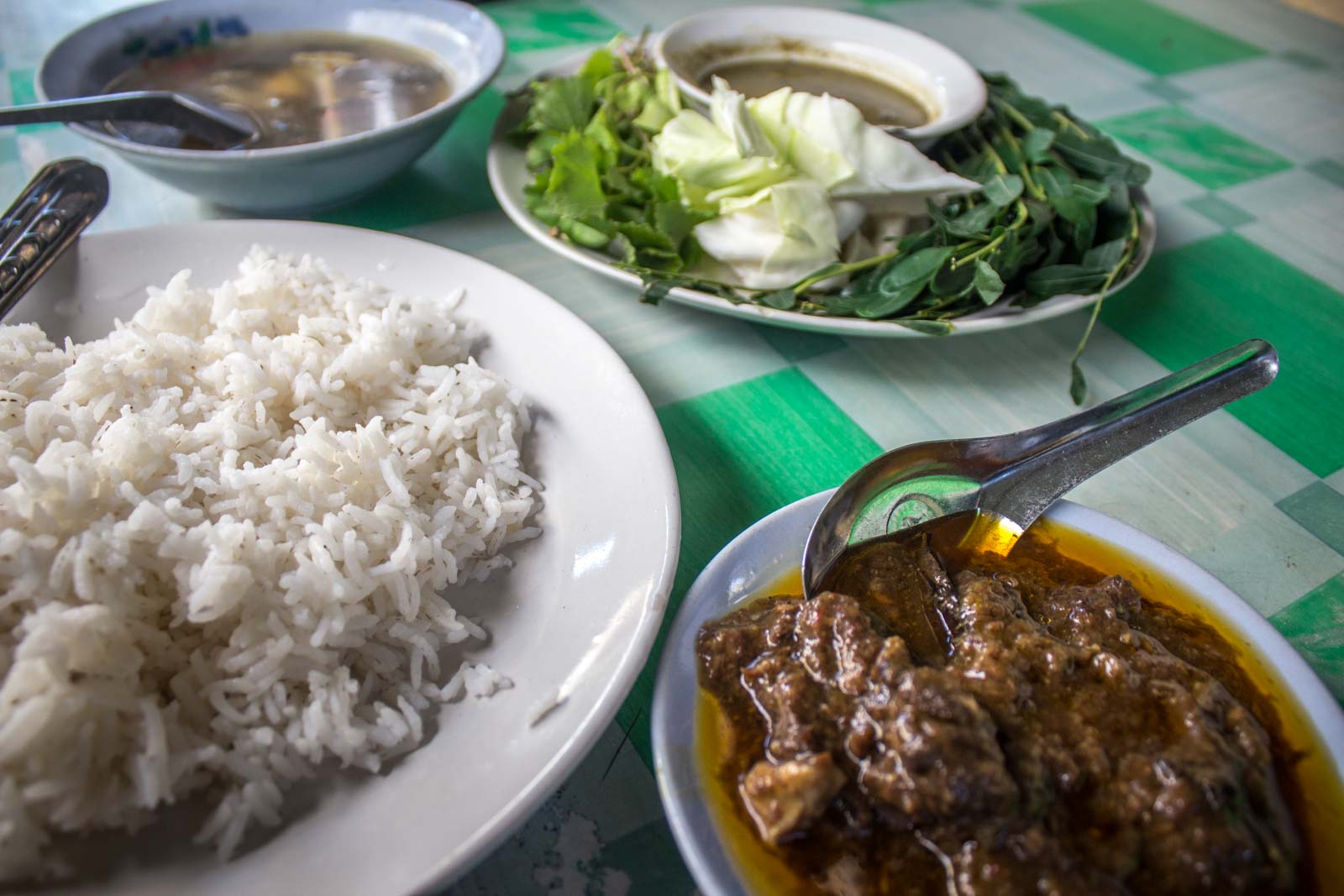 I have to tread carefully to avoid the people rushing towards me and those sitting on the ground.

The haze from the dust kicked up in the air adds an extra visibility challenge. The march towards modernity has not yet trampled on the basics of local dinner time in Yangon. 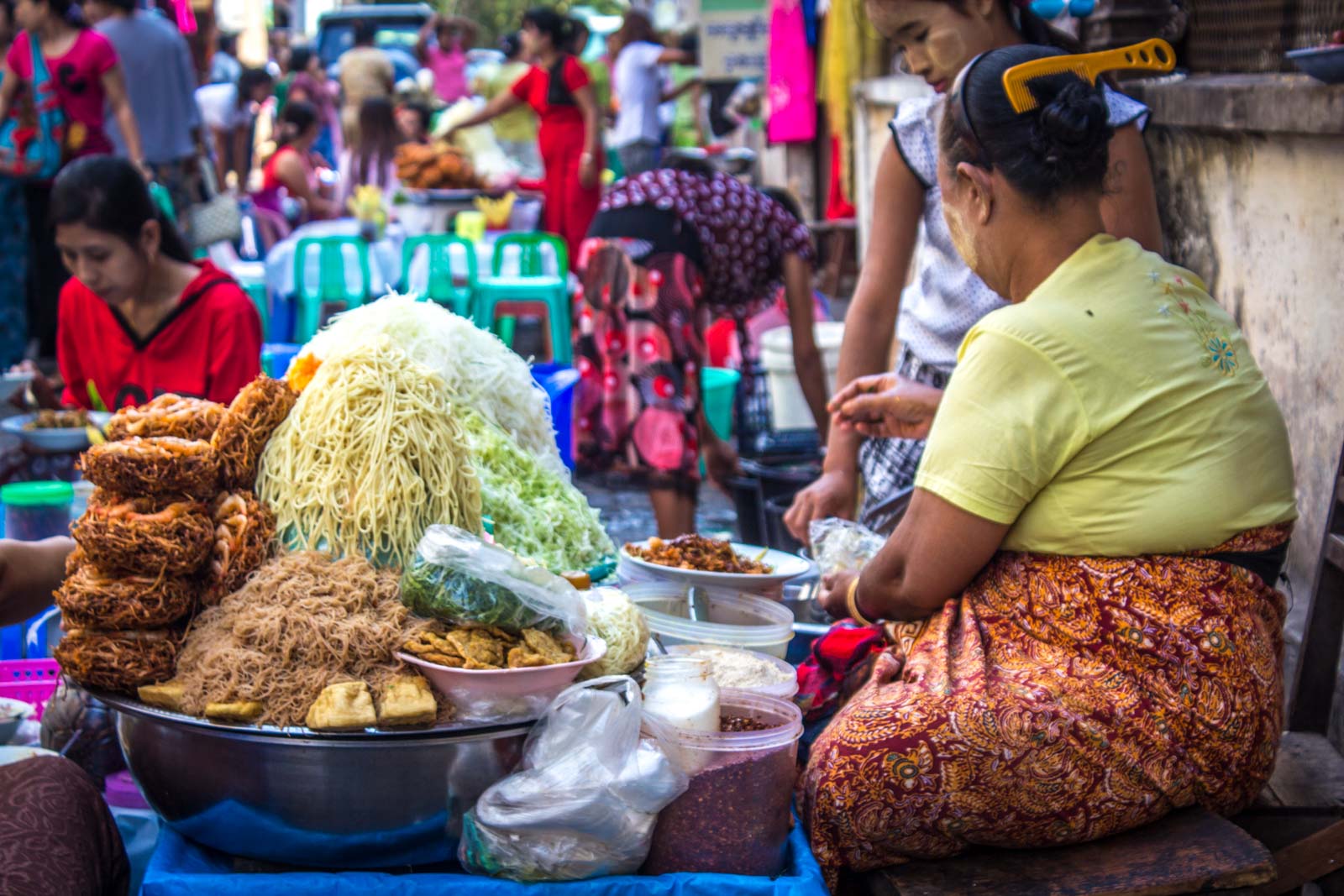 Under the military junta, Myanmar became one of the poorest countries in the world. Although things have improved, you can see the poverty immediately.

While it is rich in natural resources, those profits have never filtered down to the ordinary people. There’s a simplicity to the way people look, with their bland but beautiful longyis around their legs.

Don’t expect to see the youngsters of Yangon walking along talking on mobile phones – they are much more likely to be pulling a trolley to collect bottles or pushing a cart with produce for a store. 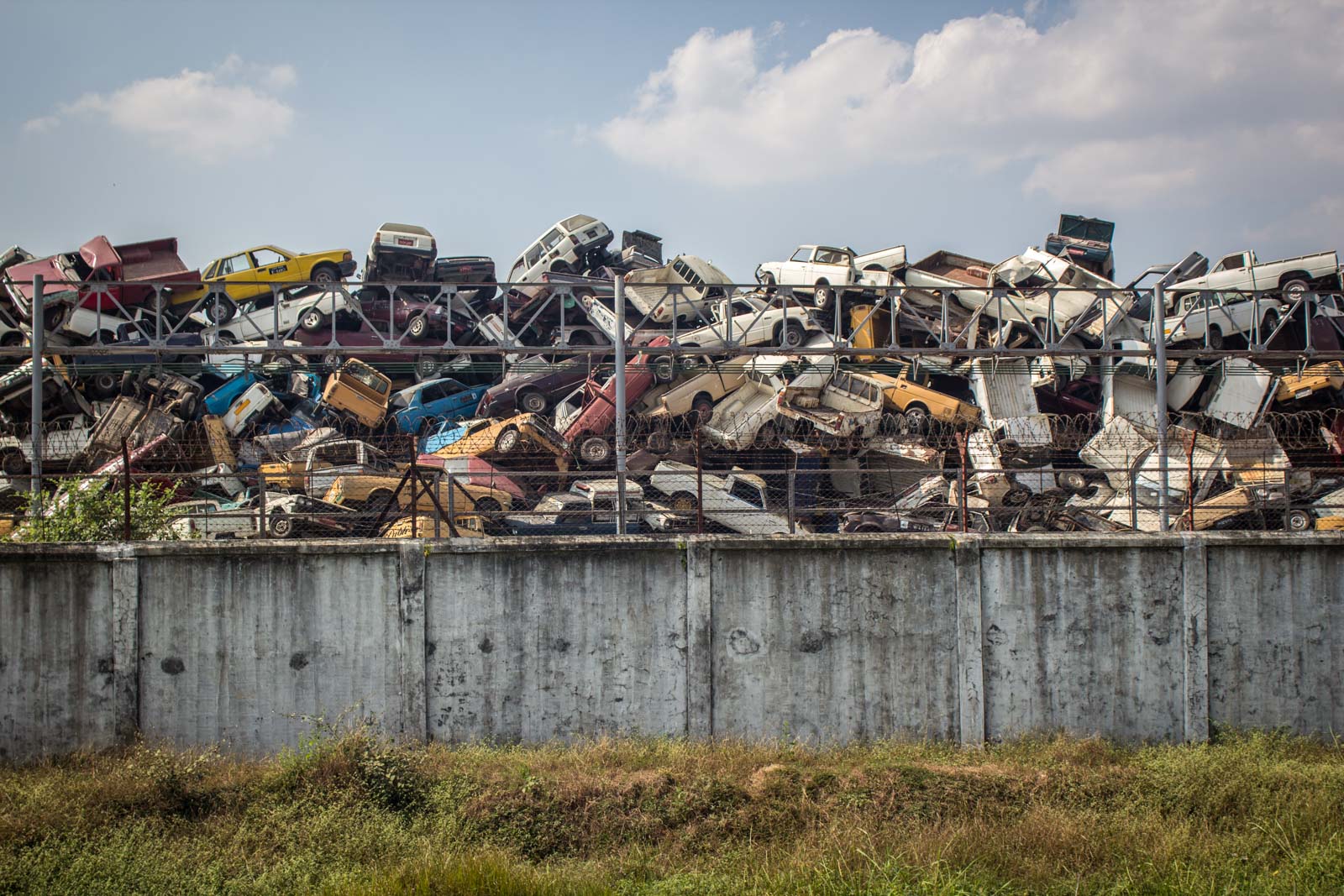 In the first 24 hours, as I explore the city a bit further, I notice an obvious lack of one thing – fear.

You still quite often get a sense of curiosity and novelty from the locals at having so many white people in their city but there’s no fear.

And from the tourist’s perspective, it is an extremely warm and welcoming place. There’s no fear of theft or violence.

There doesn’t even seem to be the fear of getting ripped off that you normally get in this continent (although you still need to have some sharp haggling skills). 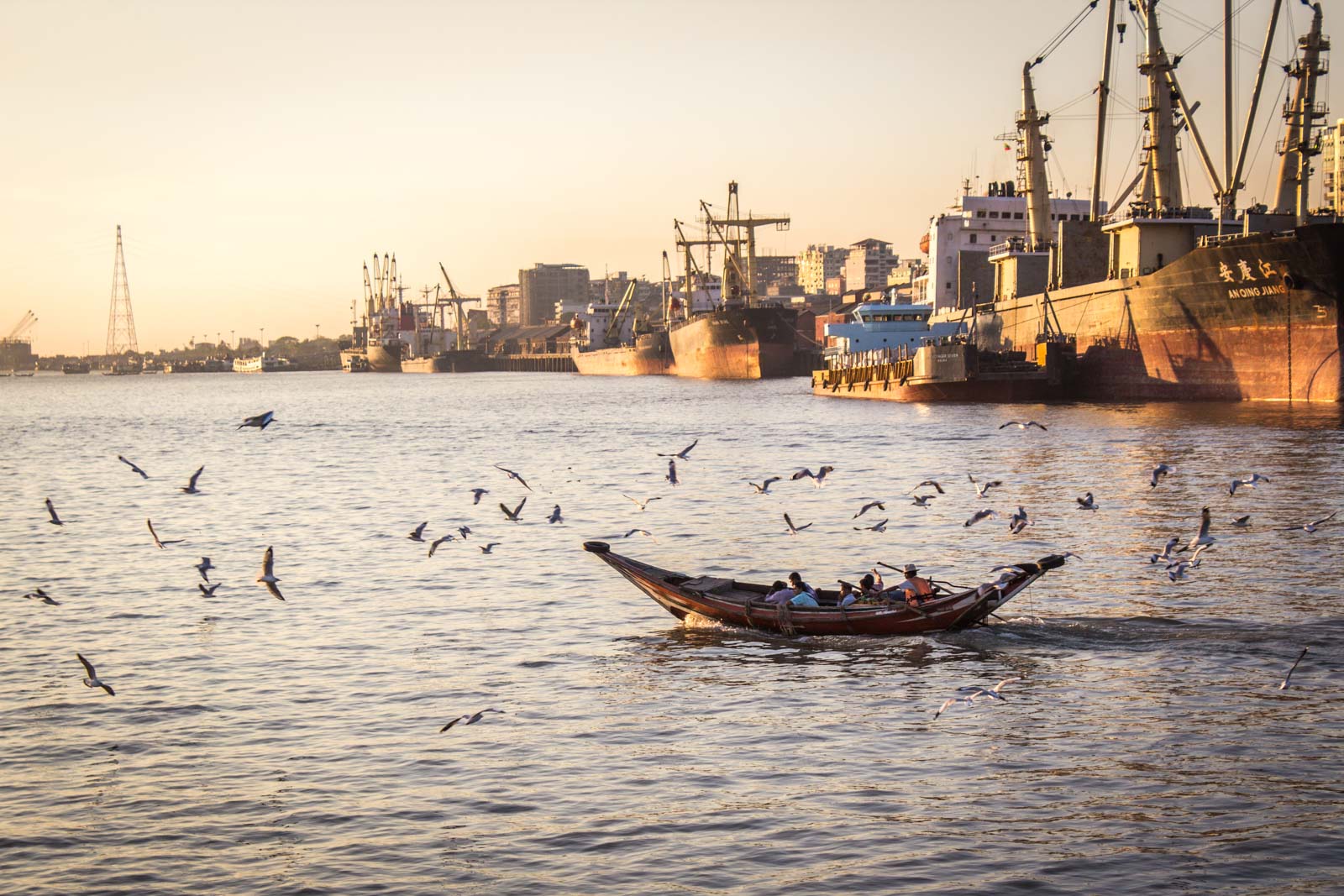 In every face you see a generosity and a kindness. It’s the overriding first impression I get here in Myanmar.

The buildings may be dirty, the streets may be clogged with cars and dust, the food may be cooked from a stove on the footpath – but it is all lost in the brightness of the people. 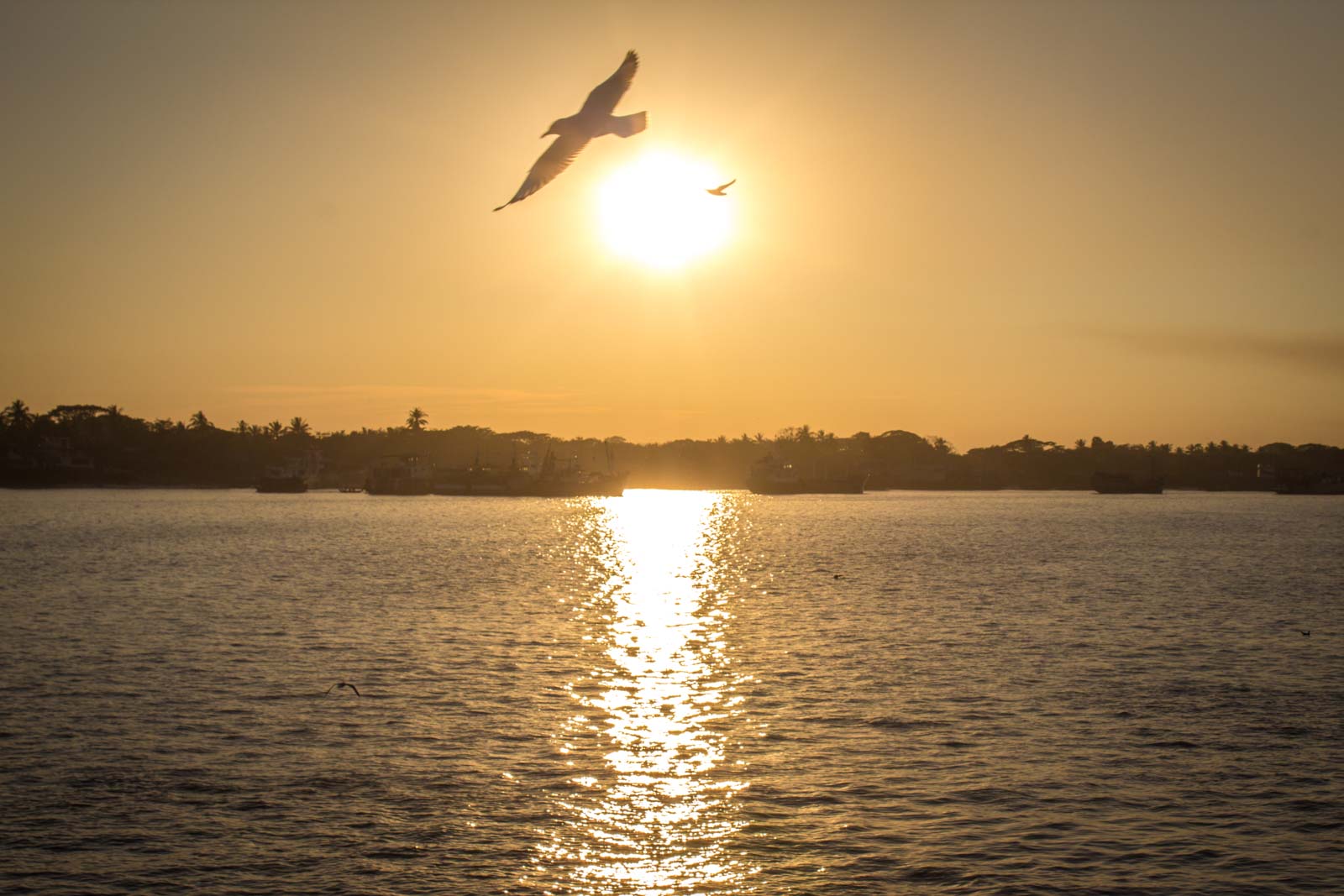 Myanmar may be again being invaded by foreigners. But the locals are welcoming them this time.

Let’s hope this tourist invasion leads to better things than all the previous ones.