As I’ve been travelling around recently, I’ve found my nose in books more than usual. Well, to be more exact, in my kindle… but that’s a rather moot point.

Often I find I don’t have time to read but I’ve spent a lot of my travels on buses of late and reading helps pass the hours better than staring out the window at the countryside or trying to make small talk in a language that I usually only use to ask for a beer or directions to the toilet. 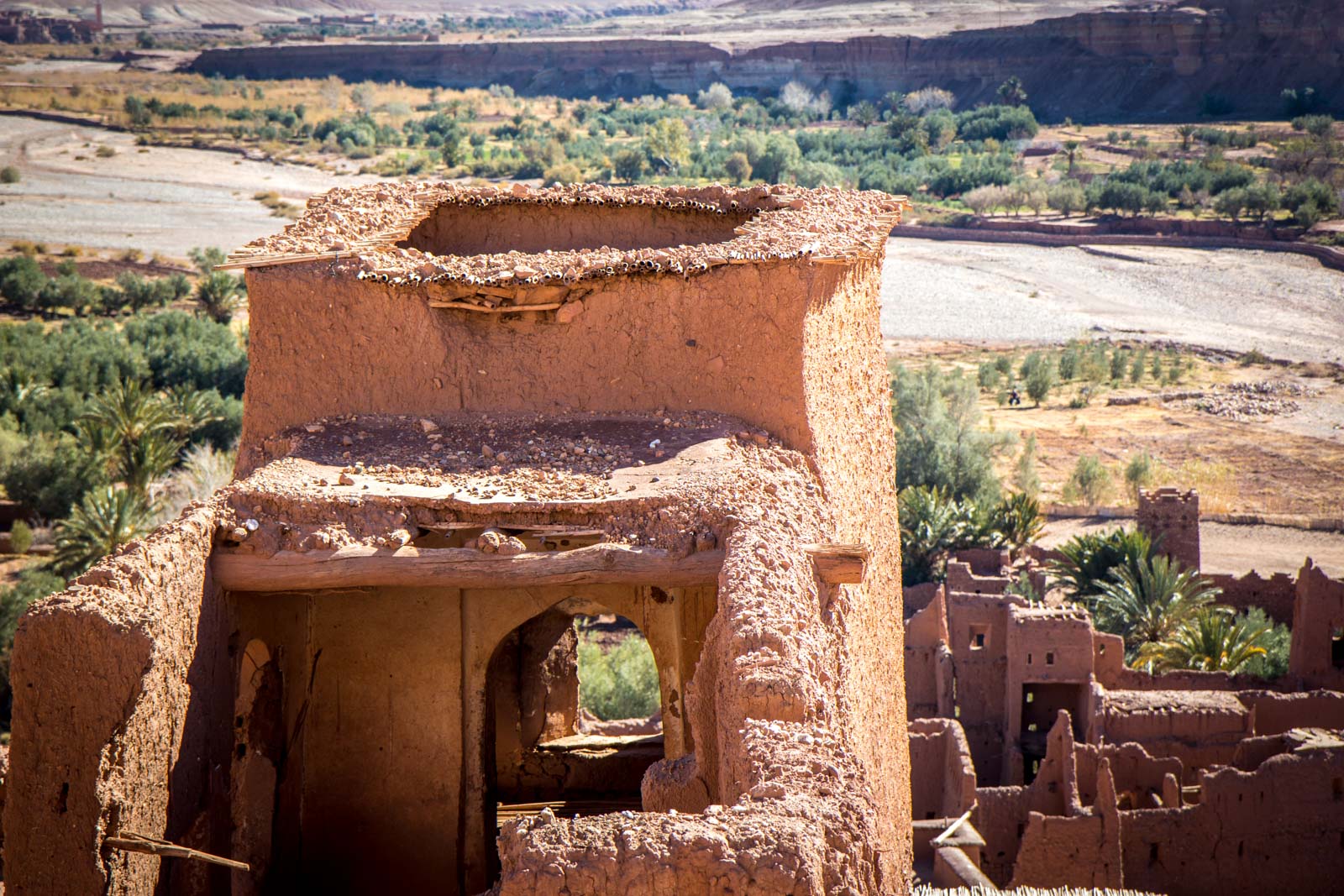 But the other reason is because I’m caught up in the Game of Thrones series (or the A Song of Ice and Fire series, if you prefer to refer to it by its official title).

I am a latecomer to the books but turned to them eventually because I was becoming frustrated at waiting for the television series to tell me the tales of Westeros and afield each week before then waiting another year for the next series to find out more. Now, one of the unintentional – but interesting – things I realise I’ve done over the past year or so is visit some of the places where the TV series has been filmed.

To create the fantastical world that author George RR Martin described in the books, the television producers have turned to some of the most exotic countries in the world. I remember being in Croatia’s old city of Dubrovnik, for instance, and imagining that I was walking the walls of Kings Landing myself.

And it has happened again here – quite by accident – in the middle of Morocco. 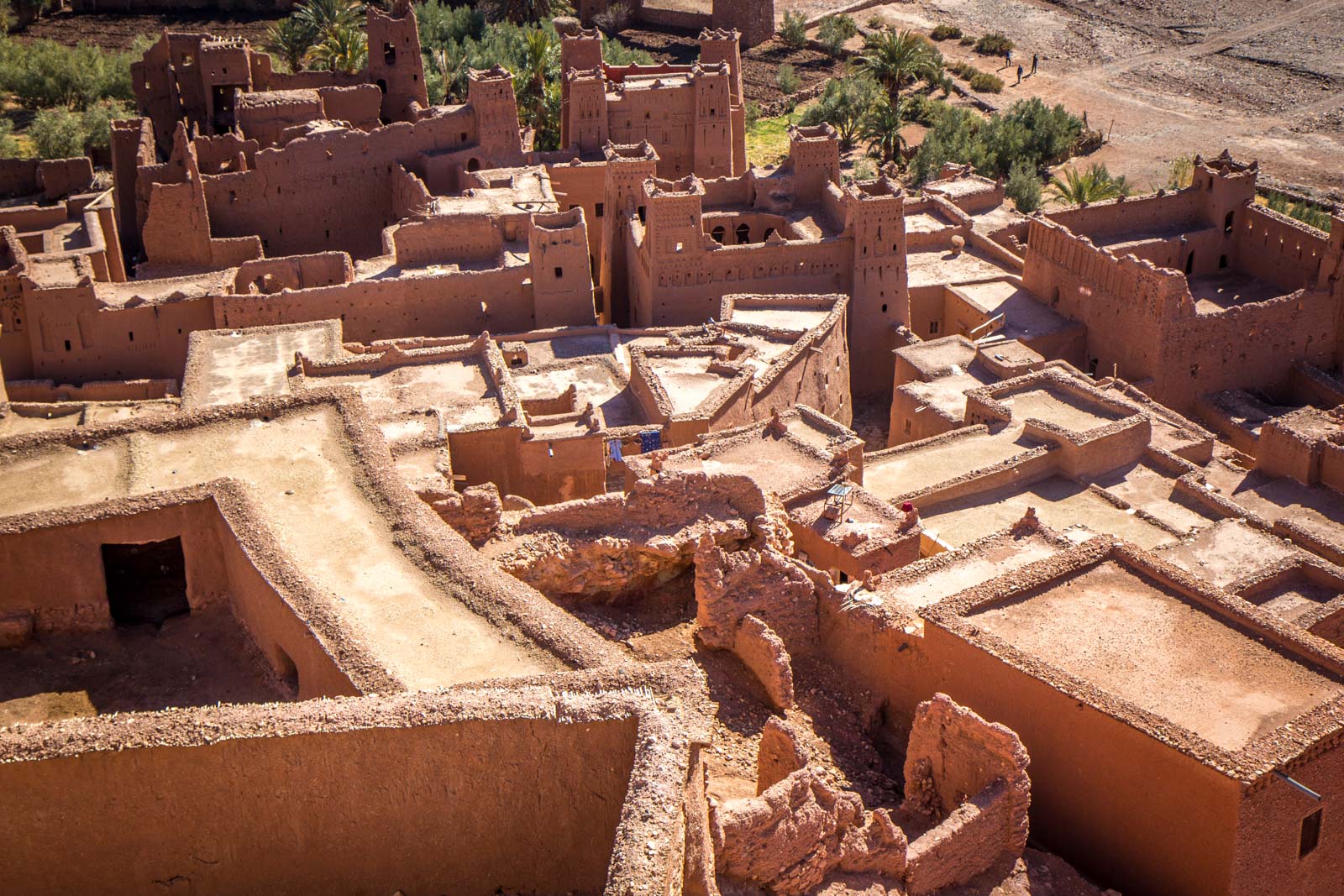 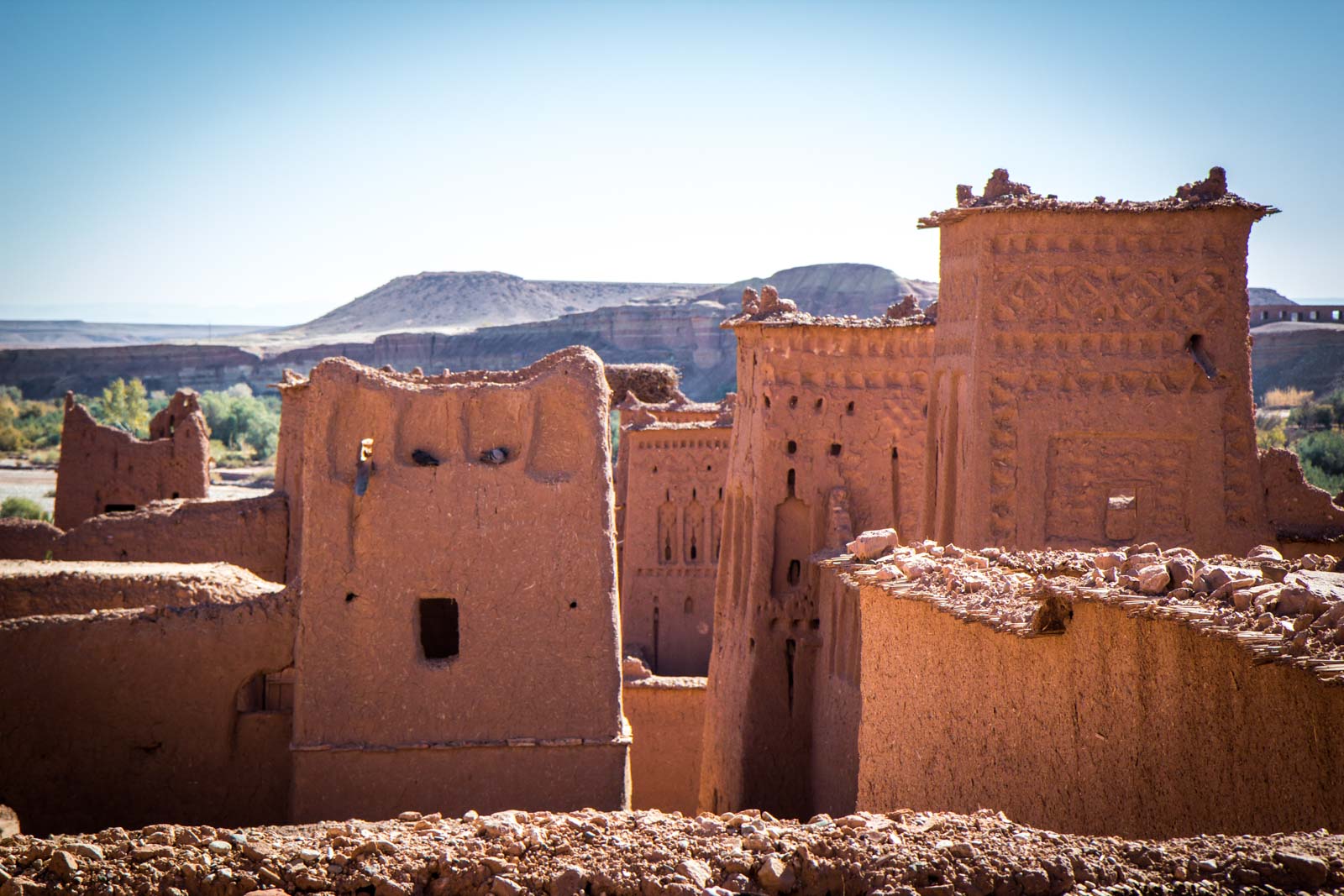 I’ve made my way to the old earthen structures of Ait-Ben-Haddou because it is one of Morocco’s World Heritage Sites. It’s only when I casually talk to another visitor here that I find out it was also used as a set for Game of Thrones. It was used to portray the slaving city of Yunkai that Daenerys Targaryen laid siege to. 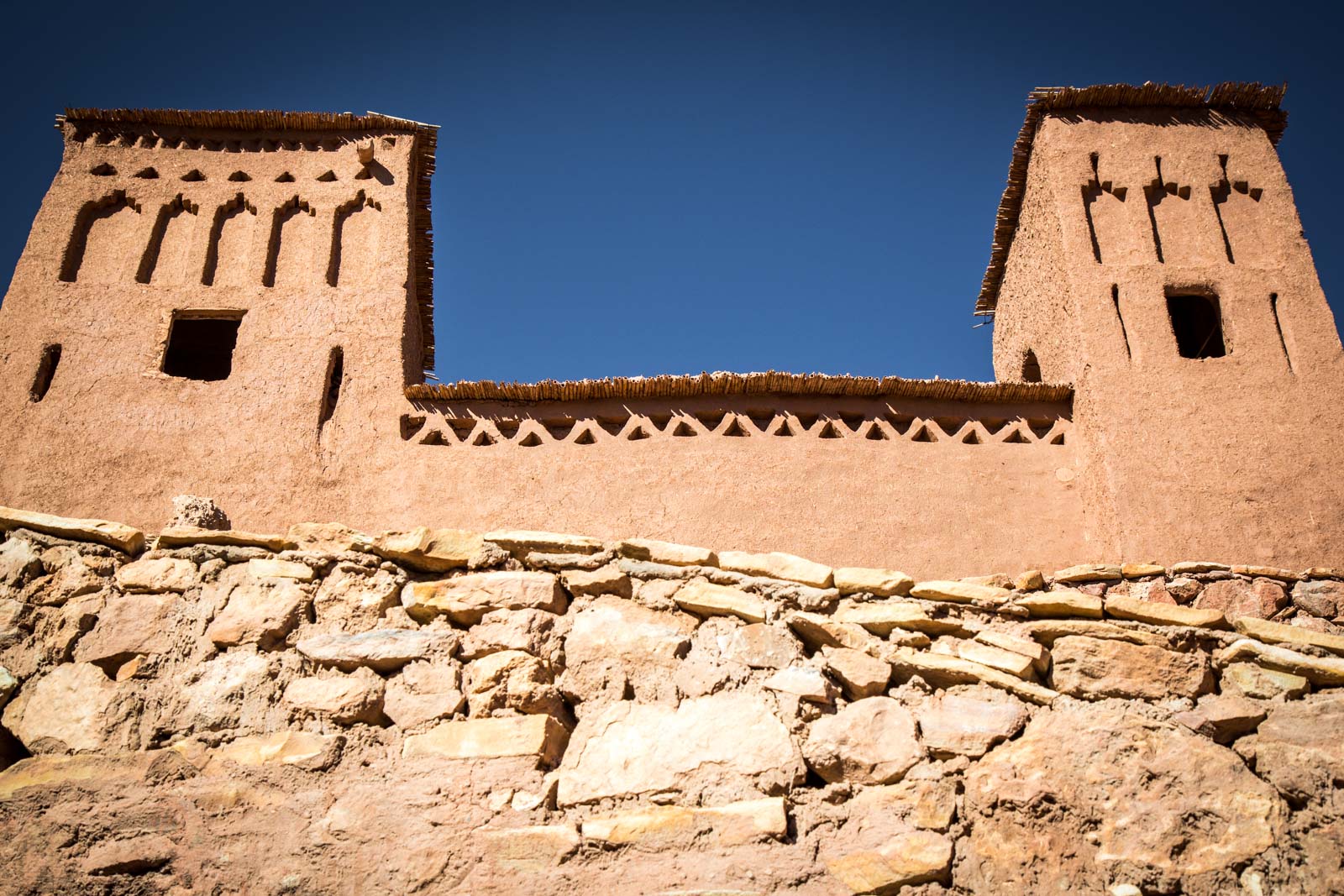 Ait-Ben-Haddou is famous for much more than being a backdrop – and from well before anyone had heard of characters like Daenerys. It was in the 17th century that Ait-Ben-Haddou began its ascent to become one of the most important ksars in the region. 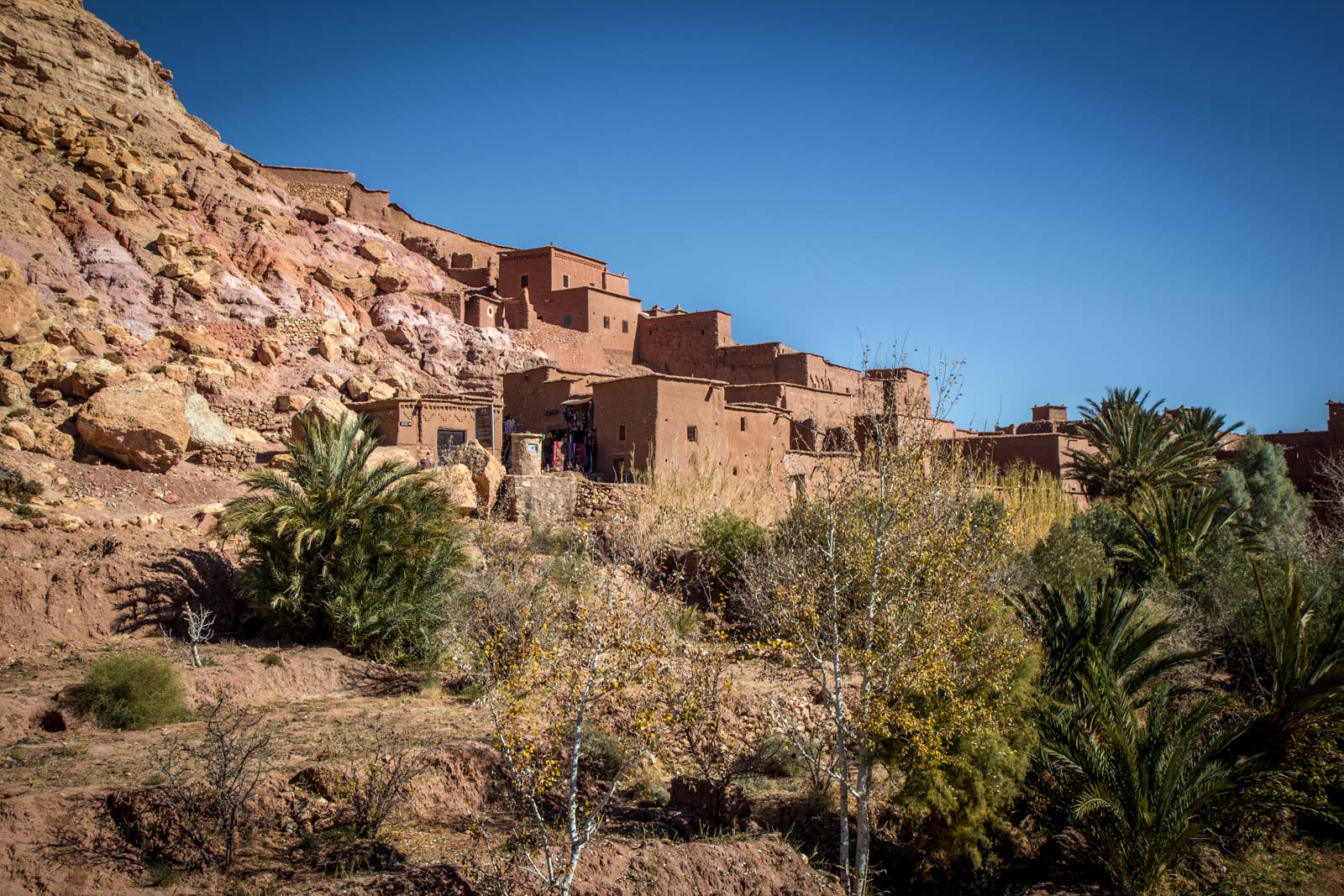 The small community was part of the trading route between ancient Sudan and Marrakech. The people who lived here had to balance the appearance of openness for those passing by for commerce with a natural instinct for self-preservation from those who planned to take control and stay longer.

Ait-Ben-Haddou today looks easily sackable but, in fact, it was built to be defended. The outside walls of mud and clay are the initial protection for the town which is built onto the side of a hill.

The buildings are packed tight with narrow pathways that wind around each other and unexpectedly turn into steep staircases up to another level of construction. At the very top is a fortress that the residents can retreat to as a last line of defence. 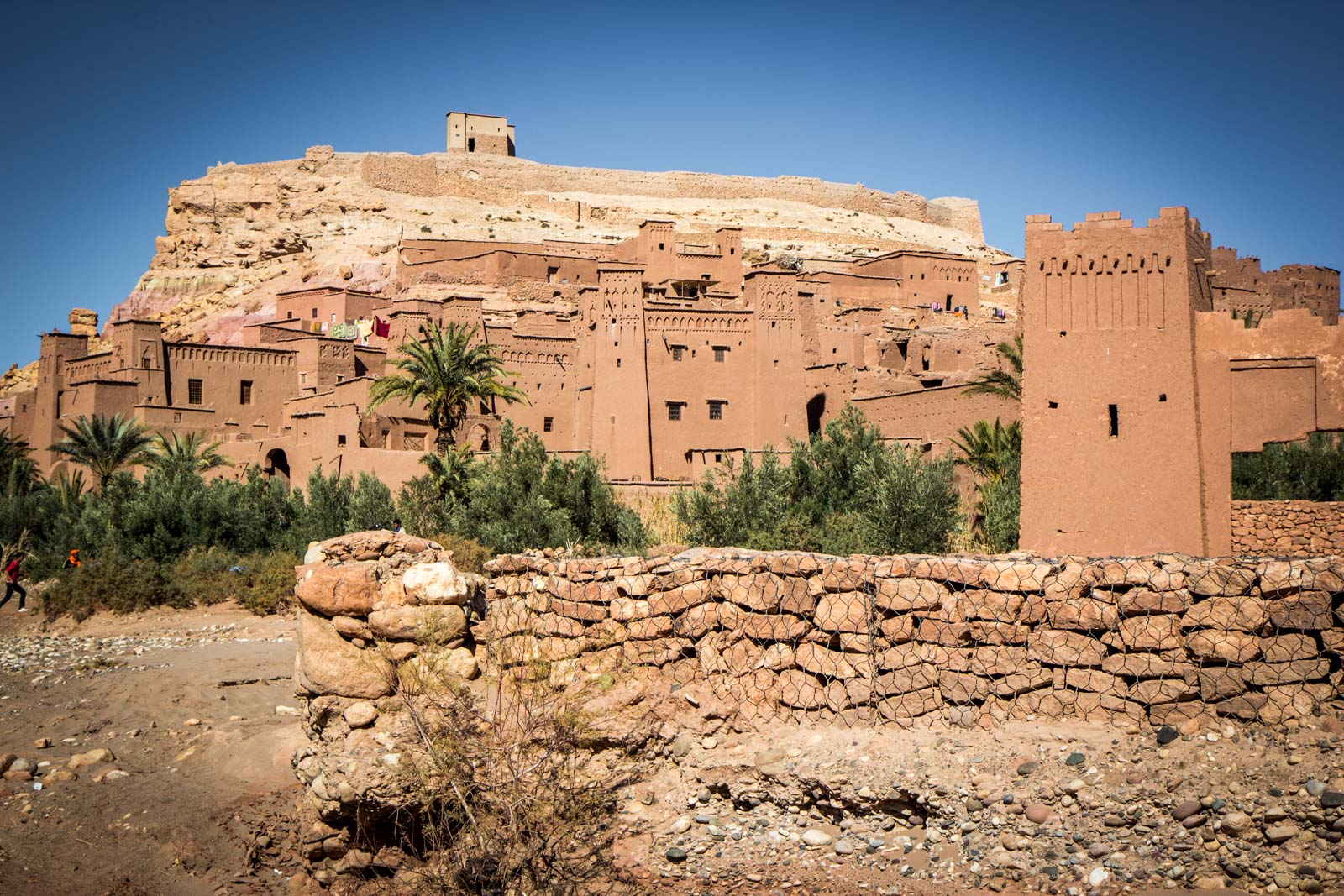 These days Ait-Ben-Haddou is still a major trading stop – it’s just that tacky souvenirs are the goods and it’s the tourists who need defending.

The entire site is actually quite small and the World Heritage listing means very little can be done to improve the structures within it. The best way to make a living is to use the spaces between the earthen walls to attract the curious visitors who come passing through each day as surely as the sun will rise into a cloudless sky above.

Speaking of, Ait-Ben-Haddou is a very popular day trip from Marrakech. You can also combine it with the nearby Atlas Studios in Ouarzazate. If you’re interested, here are a good few tour options: As I get lost and wander down an alley for the second time, the shoe-seller who offered me a free pair in exchange for the ones I was wearing recognises me. It’s easy enough to brush off again as I shuffle past. It’s more awkward when I arrive at a dead end and have to turn around and pass him for a third time.

He mistakes my poor orienteering skills for an attempt at bargaining and tries to engage me in a heated negotiation. Thankfully I still have the shoes he appeared to desire and I use them to carry me up the first flight of stairs I see. 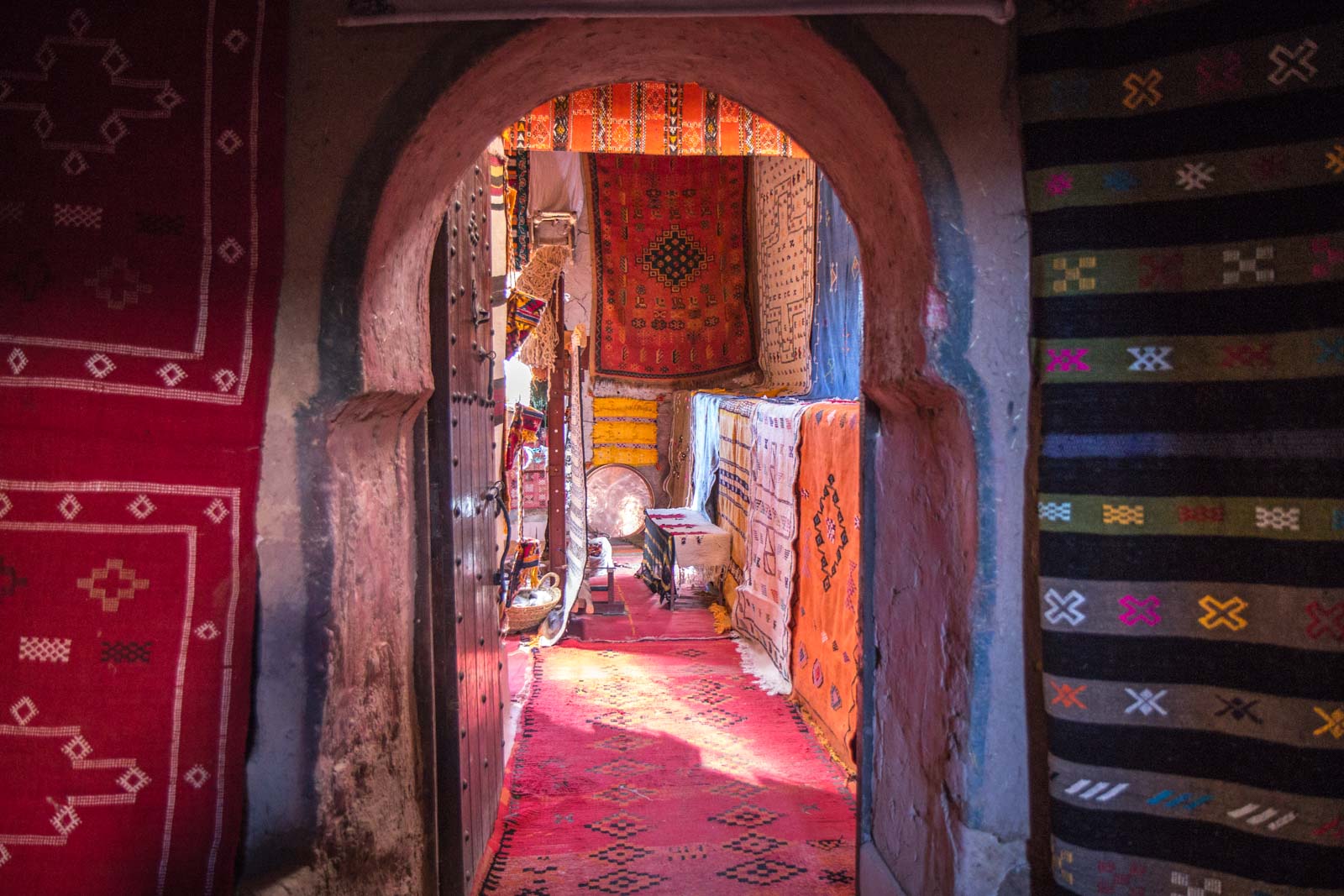 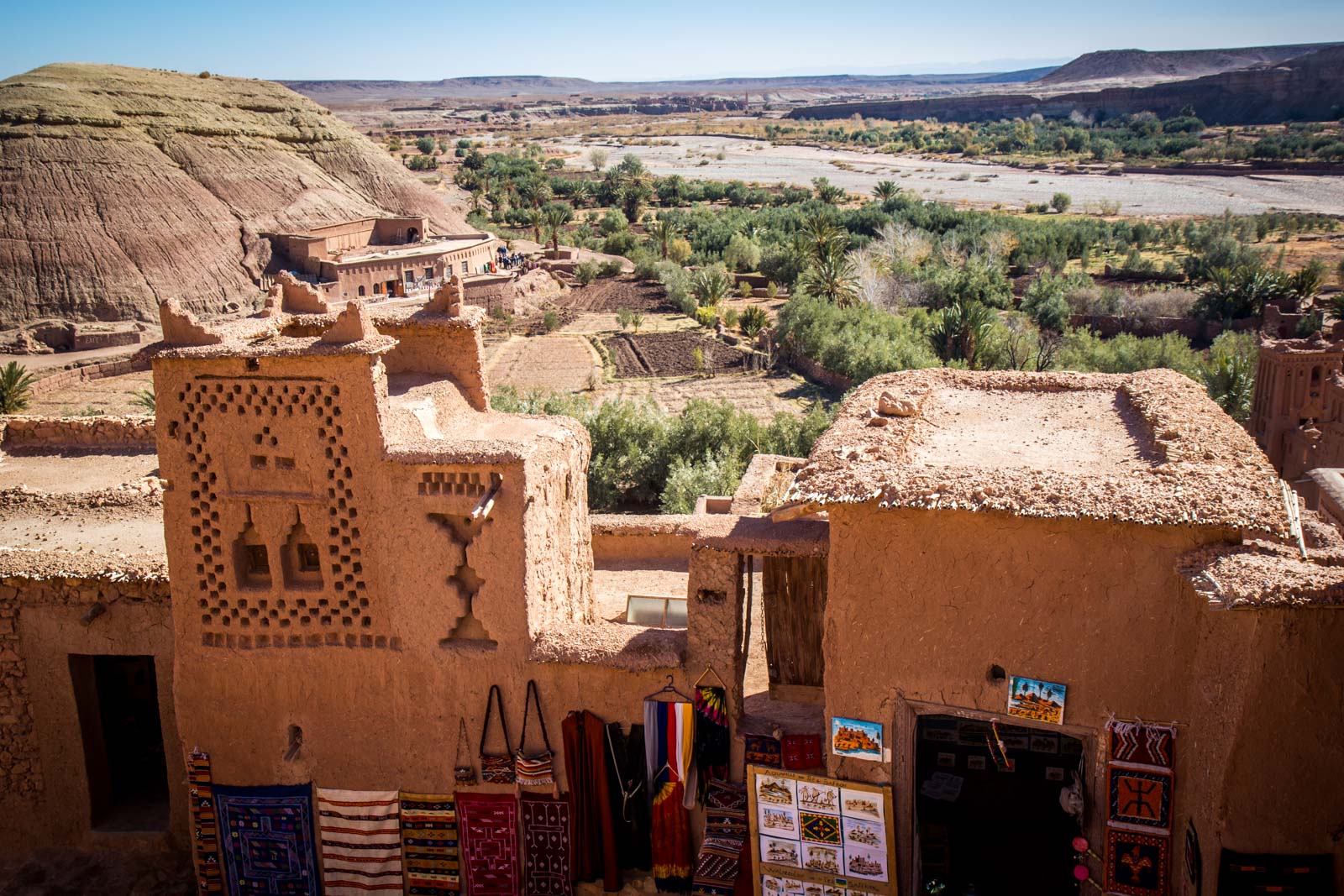 There’s something wonderful about Morocco and the way that modern day culture seems so similar to how I imagine it was 400 years ago when the local people started to build this small fortress on a hill far from anyone else.

It’s more than just the physical surrounds – although that obviously helps. Perhaps it’s because the physical and the social still seem to fit together so well. 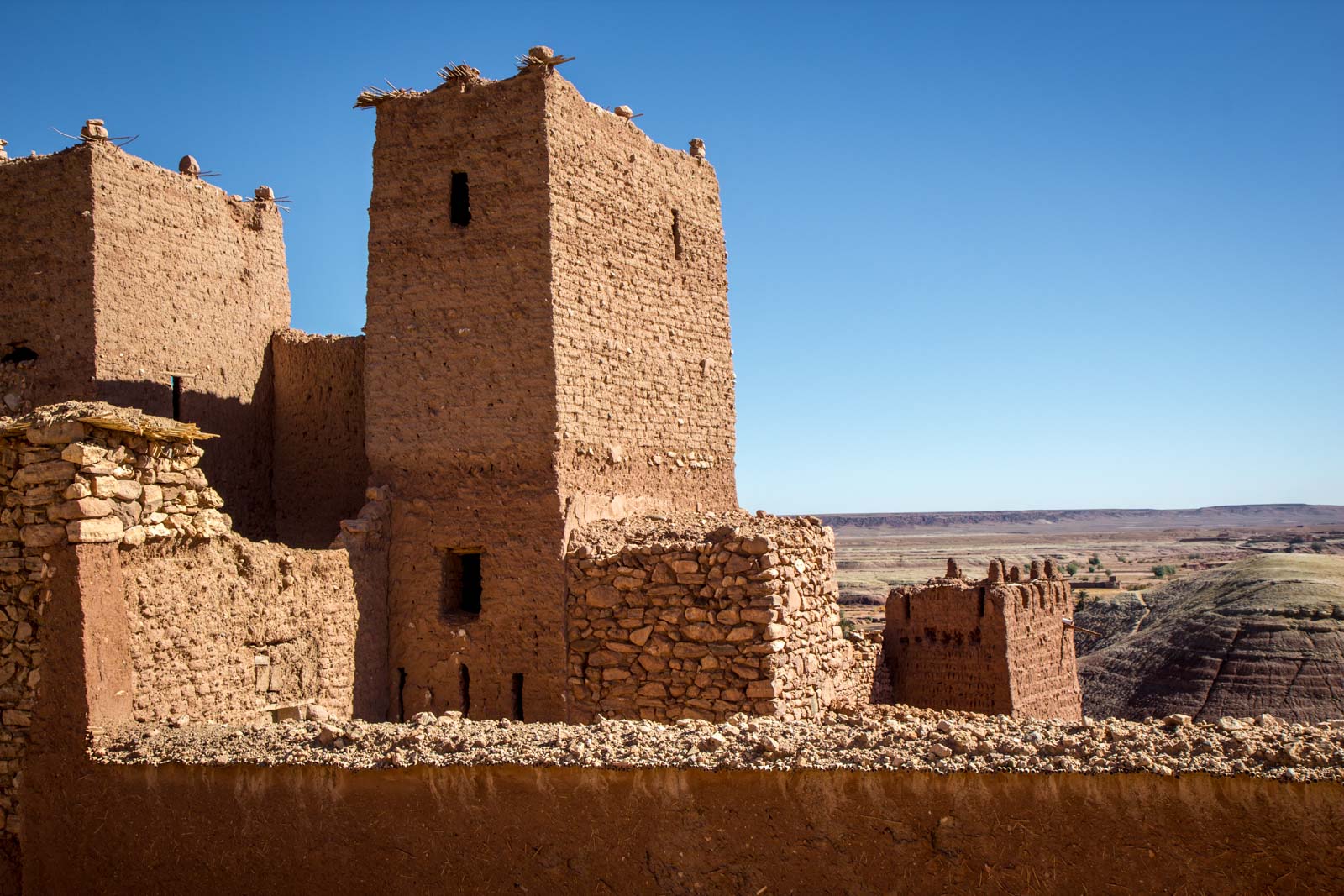 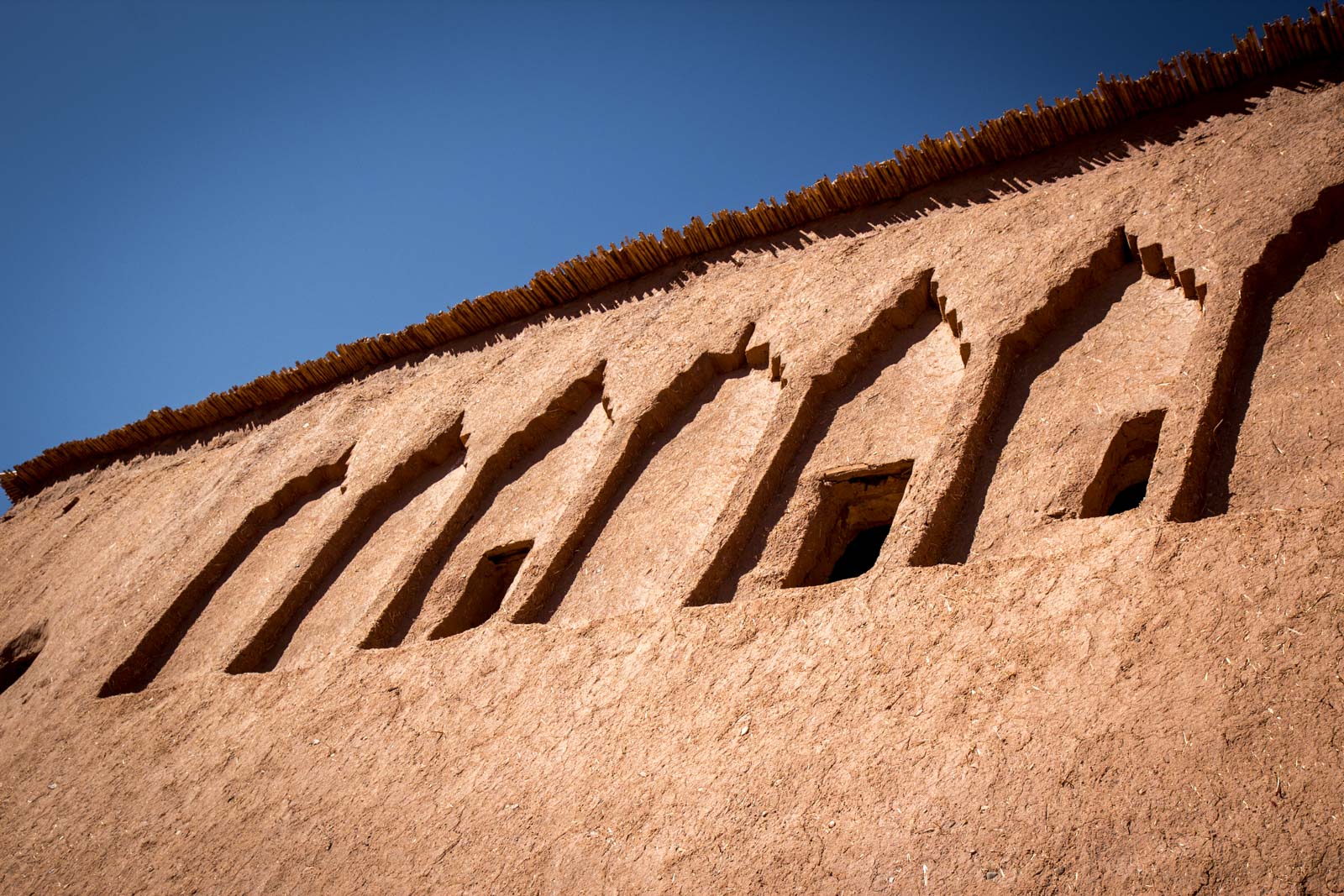 I wonder, when I think again about Game of Thrones, whether that’s something that crossed the minds of the producers.

Did they just see a backdrop or did they see more? Did they see a land where past and present meld together slightly closer to fantasy than we may at first realise?

WANT TO KNOW MORE ABOUT MOROCCO?

To help you plan your trip to Morocco:

You may also want to consider taking a Morocco tour, rather than organising everything on your own. It’s also a nice way to have company if you are travelling solo.

I am a ‘Wanderer’ with G Adventures and they have great tours in Morocco.