When I was younger and growing up in Australia, there were constant news reports about a failed businessman called Christopher Skase who was wanted by police for his financial dealings but fled to a Spanish island, out of reach of the law.

That island was Mallorca and I remember seeing television news footage of the beaches and sunny streets where he was caught by cameras. I had a bit of an idea of what the island looked like.

The same goes for nearby Ibiza. I’ve never been but I have an impression of what it would be like from the photos and video footage I have seen over the years.

A popular party scene with busy beaches and some quieter nature if you drive out of the main centres. But Menorca. Well, should I be embarrassed to say that I really knew nothing about it? Not even its name until recently.

Embarrassing, I know. But a few days on the island has changed all that.

Menorca is the second-largest of the four main Balearic Islands – not too dissimilar from the others in terms of climate and geography.

It’s funny, though, how something so close can develop culturally into such a different option for tourists. Those little stretches of the Balearic Sea between the land have created more than physical boundaries. 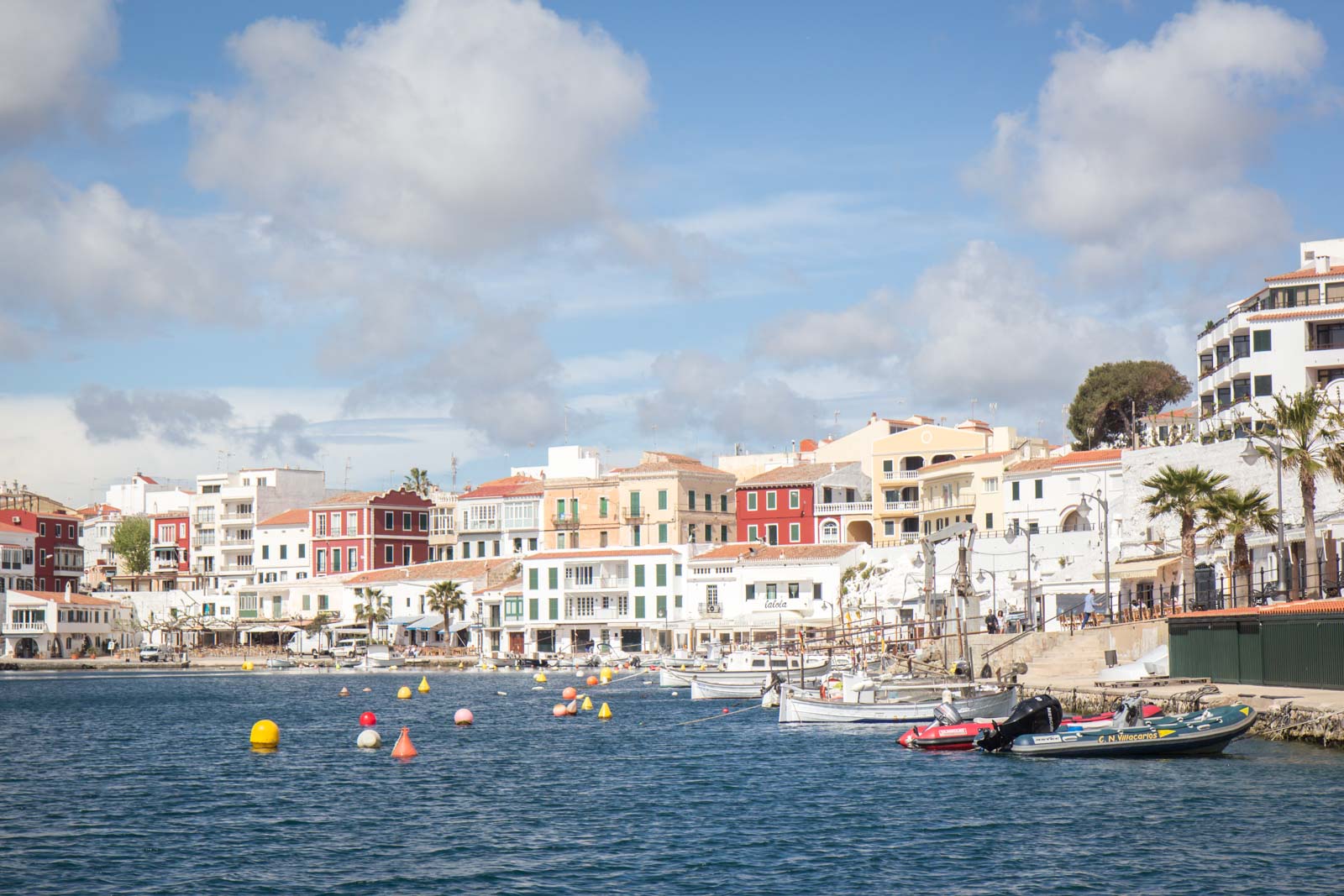 The first thing that strikes me is the development on Menorca – or, more specifically, the lack of it.

There’s a population of less than 100,000 people and the density is about half that of either Mallorca or Ibiza. Driving around, the stretches of nature fill the view out of the window.

Flowers in fields; clumps of forest; glimpses of beaches between cliffs along the coastline. At one point a local resident complains to me about an old large hotel that ruins the scenery on one part of the coast.

I agree, but I think it’s nice that he’s able to point to just the one example. There are plenty of Mediterranean islands where that kind of construction would be the norm. Because of the strategic position of the island, Menorca has belonged to all sorts of countries and cultures over the years. The Romans, the Vandals, the Byzantines, the Turkish, the British, the French… and even pirates.

These influences are all mixed into the culture of today and the language – a form of Catalan called Menorquí – has words left over from many of the nationalities that made this land their home at some point. Clearly, though, it’s the Spanish that have the most impact on the Menorca of today. You can see it in the architecture of cities like Ciutadella, in the quiet afternoons during the traditional siesta period, in the al fresco cafes, and the open arms which welcome me.

Perhaps I feel most Spanish one night when I end up at a small bar that’s been set up in a coastal cave that was once used by fishermen. No, I mean the Bar es Cau, which looks like this: There’s a small crowd of locals but that’s all who can fit inside. We all squeeze together on couches and stools and focus our intention on two musicians who fill the cavern with the sounds.

People shout out suggestions of songs to play and they oblige.

The Spanish influence can be found in the food of Menorca as well.

The local fish market in the capital, Mahon, serves tapas-style dishes. The more substantial dishes are heavy on things like vegetables, sausages and cheese. It reminds me of the Catalan cuisine.

The predominant element in the Menorcan food, though, is seafood. It comes as no great surprise when you consider the incredible access to the water from any part of the small island.

The fresh fish is delicious and I’m particularly impressed with the ‘cap roig’, or scorpion fish. One of the signature dishes of Menorca is called ‘caldereta de langosta’ which could best be described as a lobster stew.

It’s actually almost a soup when served and the chunks of lobster (still in its shell) are cooked in a sauce with onions, tomato and garlic. You know it’s fresh when you can see the live lobsters in tanks at the back of the restaurant. 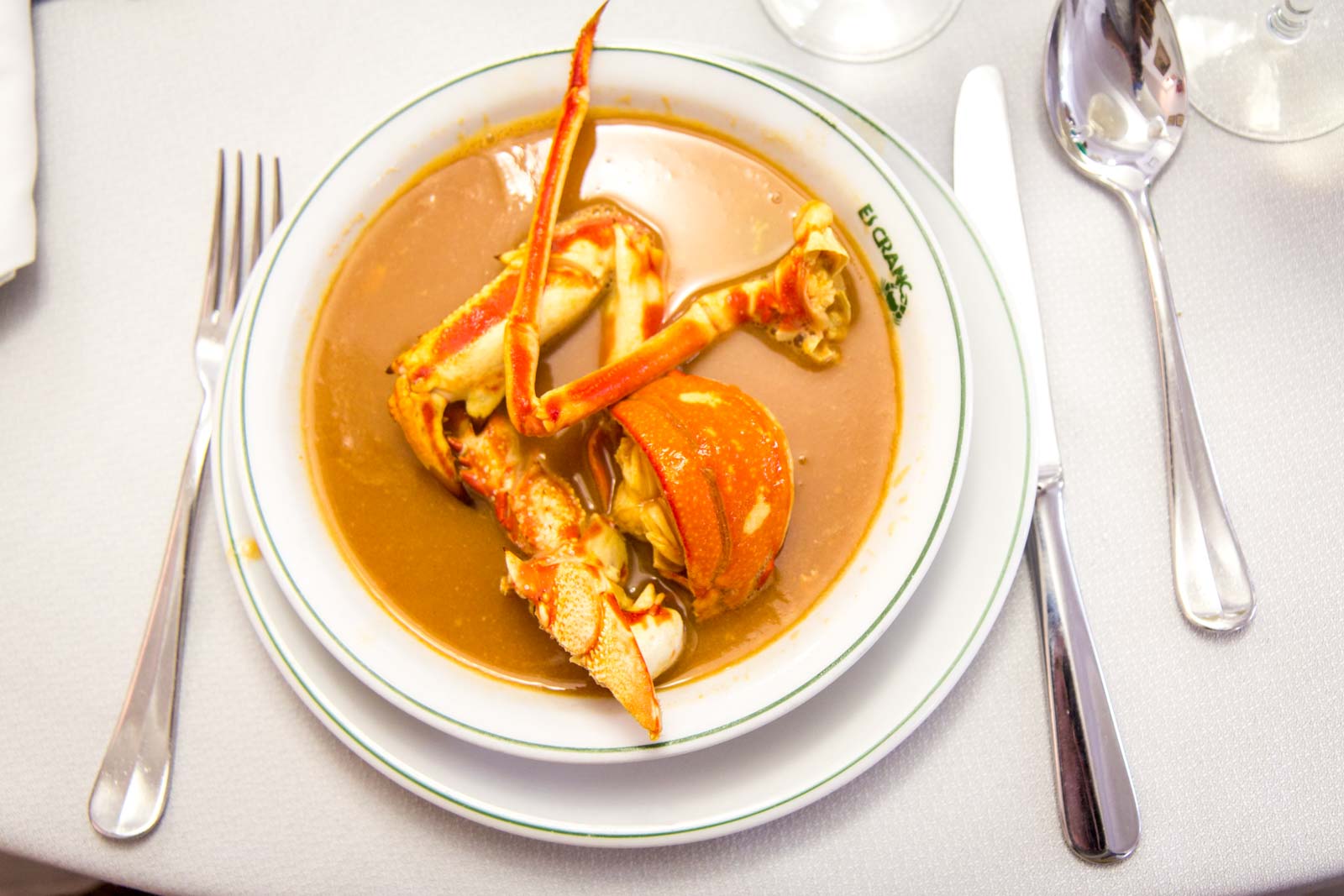 All along the coast of the island are small fishing villages with boats tied up along the edge when they’re not out in the waters bringing in the day’s catch. 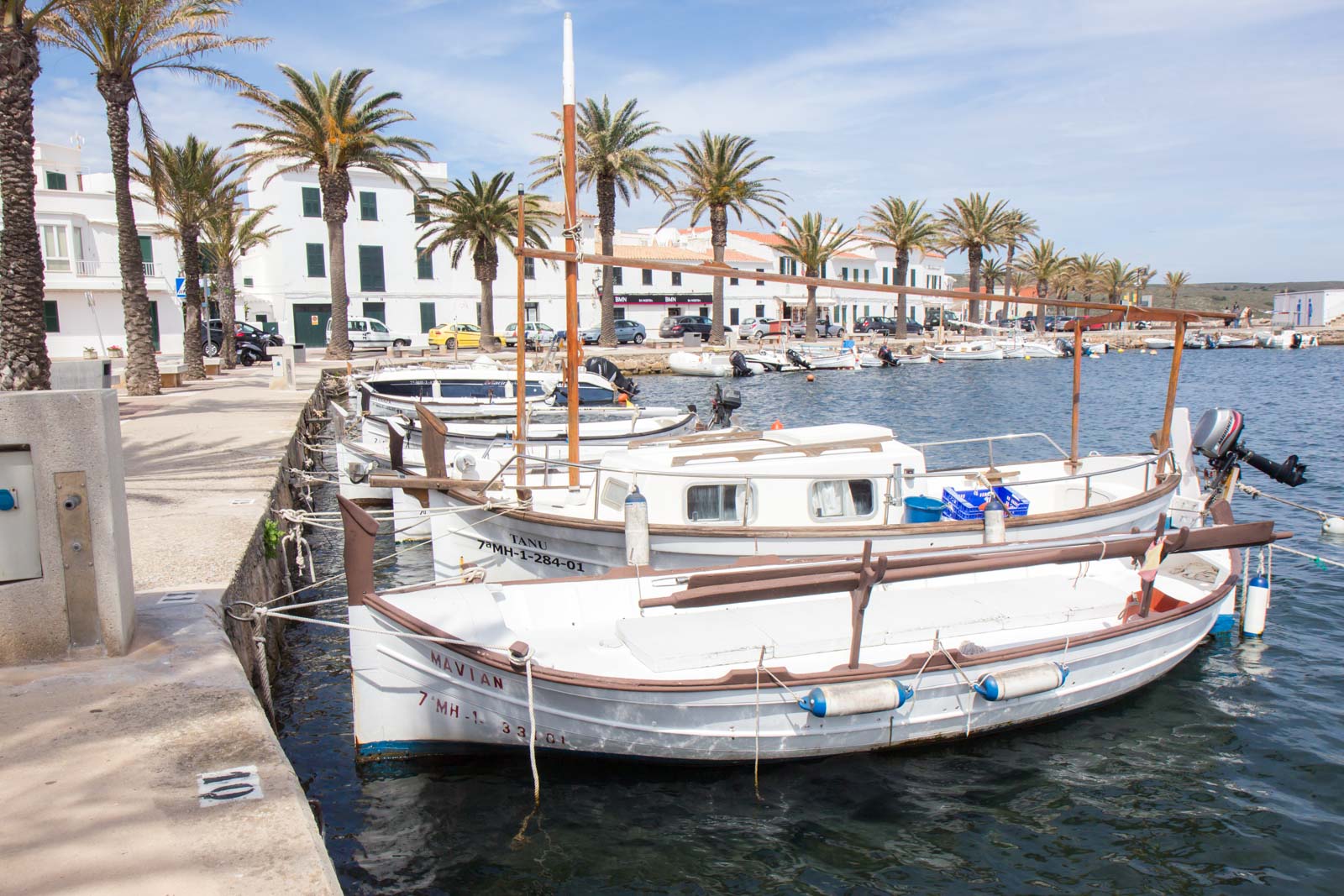 Things are not so different in Menorca, although traditionally the island has not been a big producer of its own vintages. However, this is starting to change. I visit a winery called Binifadet one afternoon to see where my evening drinks will come from.

Although the owners started it as a hobby, it is now the largest winery on the island and produces about 90,000 bottles a year.

The barrels are downstairs in a cellar but upstairs is a bright and nicely-designed restaurant where you can go for a meal or just a tasting. Binifadet does a great aged merlot and sparkling rosé. The real drink on Menorca, though, is gin. It’s a remnant of the period for most of the 18th century when the British controlled the island. They eventually ceded the island to Spain in 1802 under the Treaty of Amiens.

Although the locals were probably not too disappointed to see the British leave, they were happy to keep their gin and the production of it has continued until today. The most popular brand of gin on the island is called Xoriguer and its distillery is on the waterfront in Mahon.

Although you’ll easily find bottles for sale in shops everywhere and on the menu of most restaurants, it’s nice to go to the source. You can do a gin tasting and also try some of the other local liqueurs made on the island.

Despite all the various European invaders who claimed Menorca at some point, there was one race who predated them all by thousands of years.

The Talaiotic Culture lived here in the second and first millennium BC and left their mark with large megalithic structures all across the island.

These monuments of stone probably served several different uses – watchtowers, defences, and even graves. Although they are scattered kilometres apart from each other, they add an element of interesting history to a visit to Menorca. I’m surprised to find these ancient structures on Menorca… but, then again, most things here have surprised me. That’s what happens when you know so little about a destination before going.

What I am most surprised about is that more people don’t come here on holiday. The island’s offering would suit almost every type of traveller but especially those who like an authentic cultural experience.

The food, the architecture, and the historical sites give you plenty of reasons to move across the land and explore.

The luxury hotels and the laidback atmosphere lend themselves to those who prefer to just relax.

And the beaches, the water, and the nature closer to the centre are great for outdoor and adventure activities. I’m particularly tempted by the paths that let you walk around the entire edge of the island. Over the next few weeks, I’ll be sharing some more stories about the experiences I discovered on Menorca. Hopefully they’ll give you some more ideas if you ever think about going yourself.

Please let me know if you have been before and if you have any recommendations for others.