It wasn’t until 1998 that the town of Walhalla was connected to the electricity grid. This was the year that Apple released the iMac yet, until December, residents here still needed to have their own generator if they wanted to use one.

It was the last town in Australia to be connected. Why did it take so long?

To answer that question, there are two important things to understand. 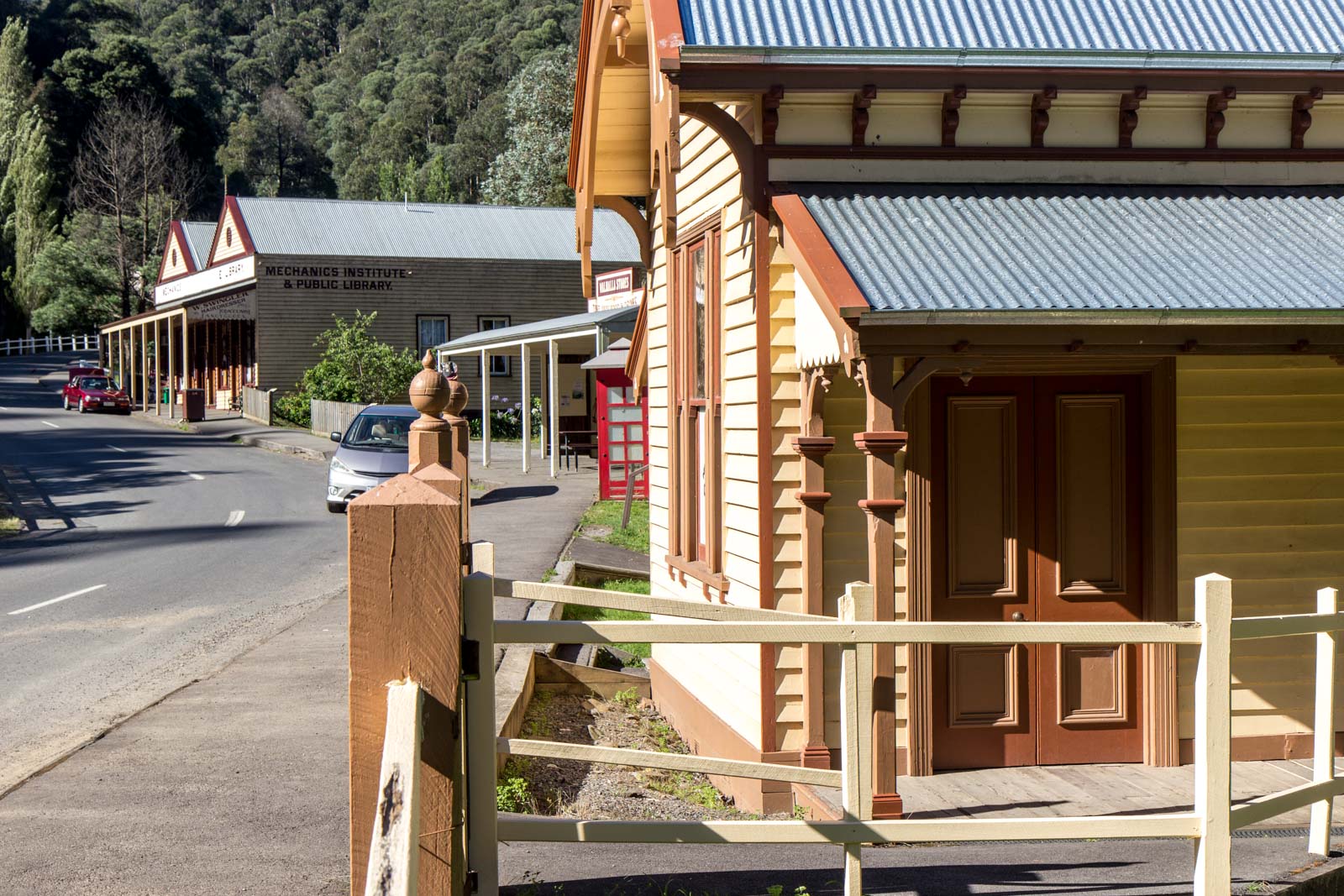 The first is geography. Walhalla is only two hours drive from Melbourne but it feels so isolated. At the end of a windy narrow road, up in the mountains, it is surrounded by peaks and bush.

There is no good reason on first glance that Walhalla should be here – it’s not near anything else, not on the way to anywhere, with no good connections to the rest of the state.

The second is population. Walhalla has less than 20 full time residents. Admittedly, there are quite a few houses here that are holiday homes and are occupied on the weekends. And, these days, a fair few tourists come to visit.

But when politicians are making decisions about things like infrastructure, they see ‘less than 20 residents’ and make decisions accordingly. 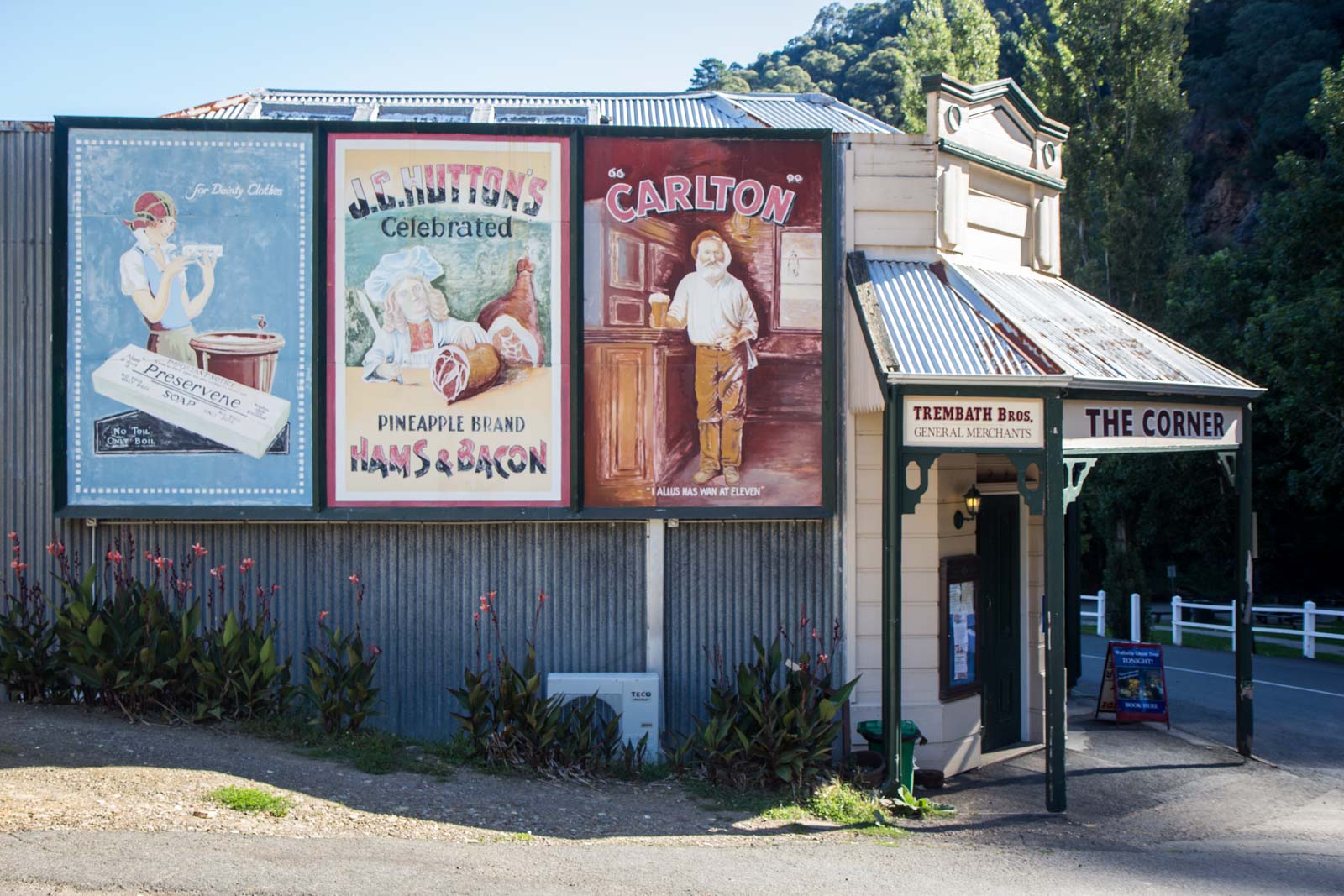 It wasn’t always this way, though. There was a time when Walhalla was one of the most important places in Victoria. And it was all because of one thing. Gold.

In 1862, prospectors discovered gold all through the rocks in this part of mountainous wilderness. The Victorian Gold Rush was at its peak and people were clamouring for opportunities to strike it rich.

There was a feeling that this could be the big one. It was such inaccessible terrain, though. A new settlement right near the discovery was needed to support the mining industry and so Walhalla was born. 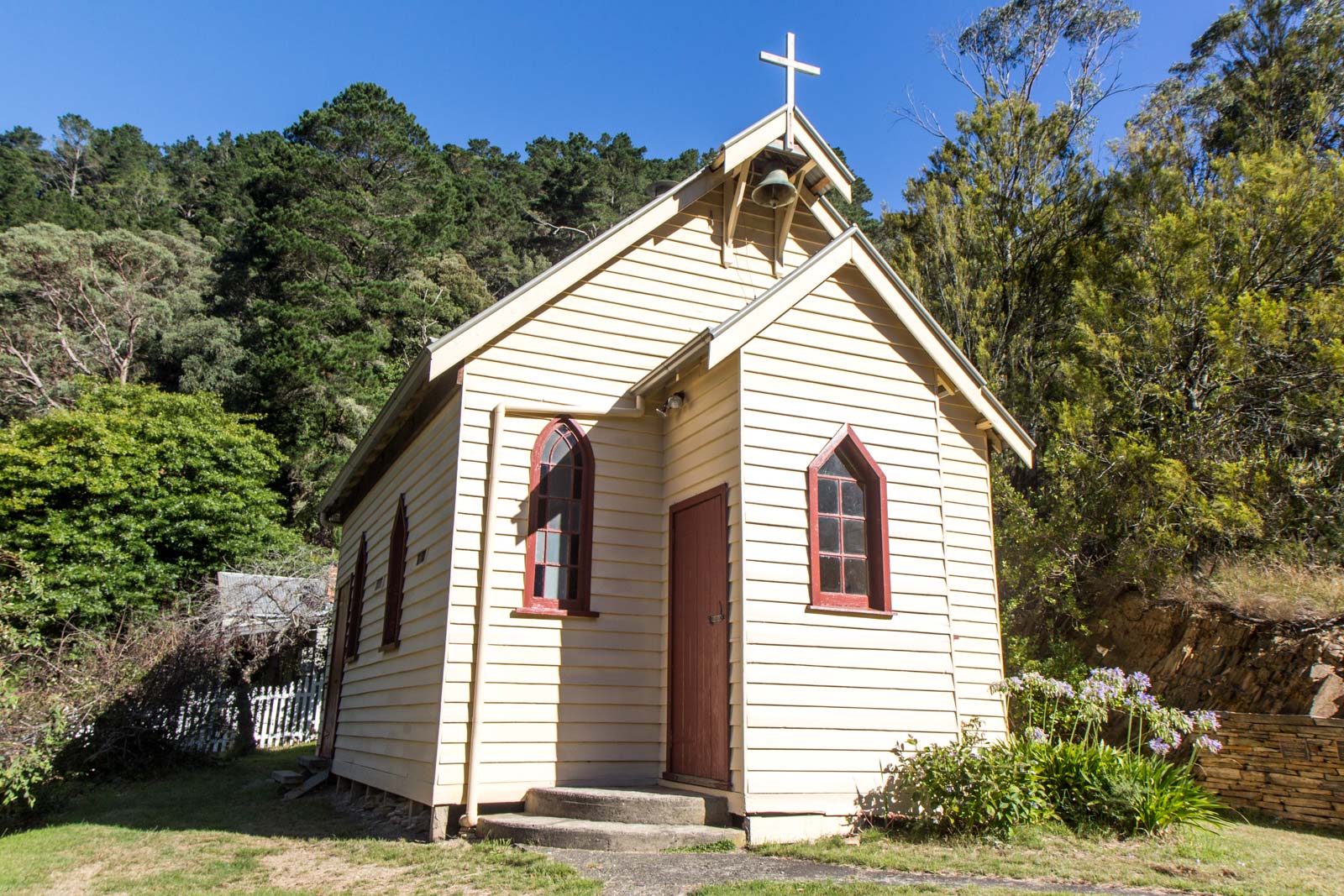 As it turned out, this was the big one. It was the largest single reef of gold in all of Victoria and people flocked to Walhalla.

Business boomed. At the height of the operations, the town had more than 4000 inhabitants.

A golden era can’t last forever, though. The glitter finally fades. And so in 1914 the last of the major mines closed in Walhalla.

By this time, though, the amount of precious metal taken from the ground was worth US$950 million in today’s terms. The money had flowed into Melbourne, creating grand buildings along imposing boulevards.

But, of course, some of it had been spent on making Walhalla a comfortable home.

You can’t help but think of the isolation of Walhalla as you ride the train into town. The railway has been cut into mountains in parts and crosses bridges over deep gorges.

Until there were trains, it was an arduous task taking the mining materials and supplies along the road track. But there was something ill-starred about the railway – it took so long to get built that it was only ready a few years before the mines finally closed. 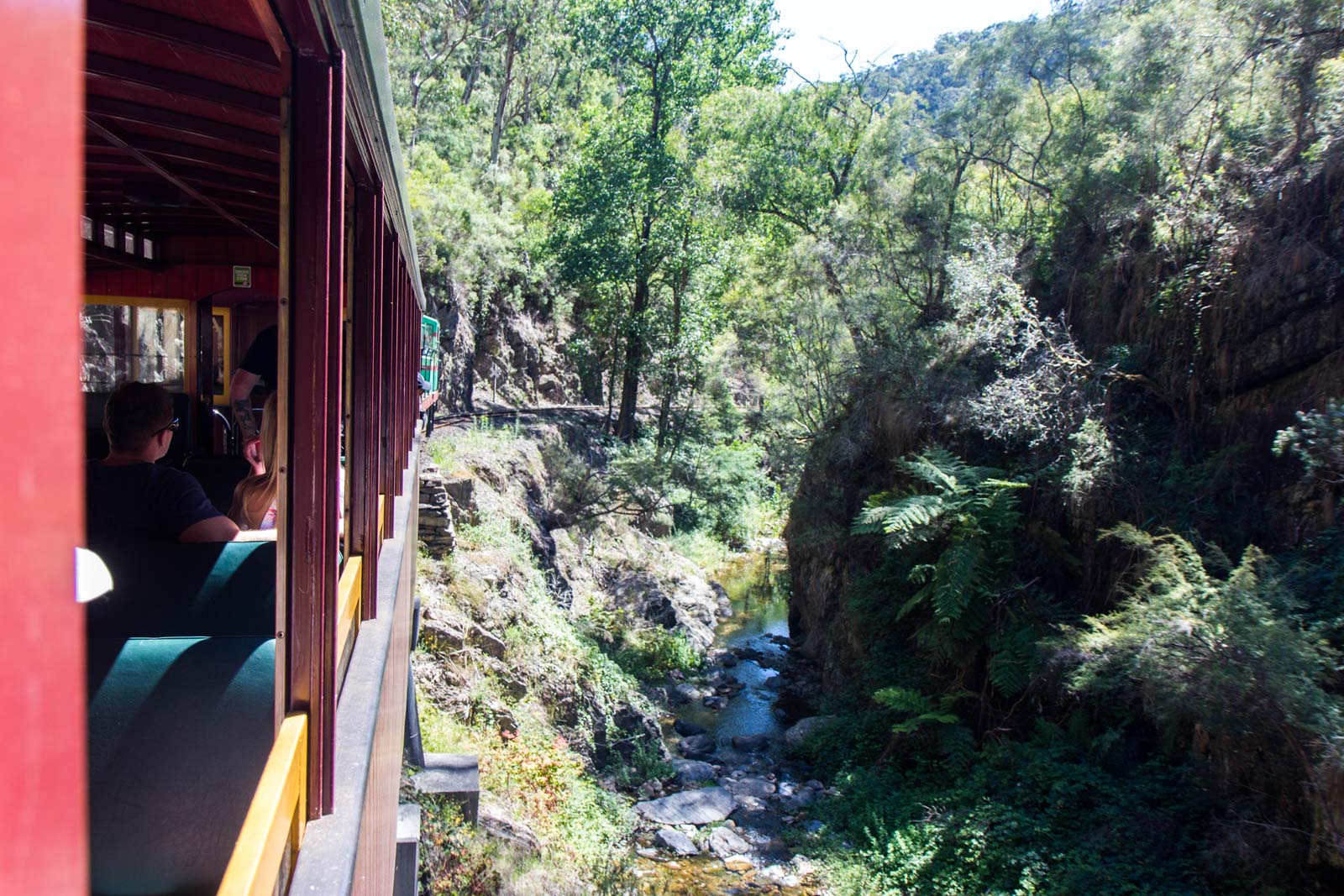 Today you can ride a small section of the track and that’s what I’m doing. You start at the Walhalla station, travel downhill over half a dozen bridges, through the valley surrounded by eucalyptus, over a fast flowing river.

Twenty minutes later, at the next station, the train turns around and heads back up. 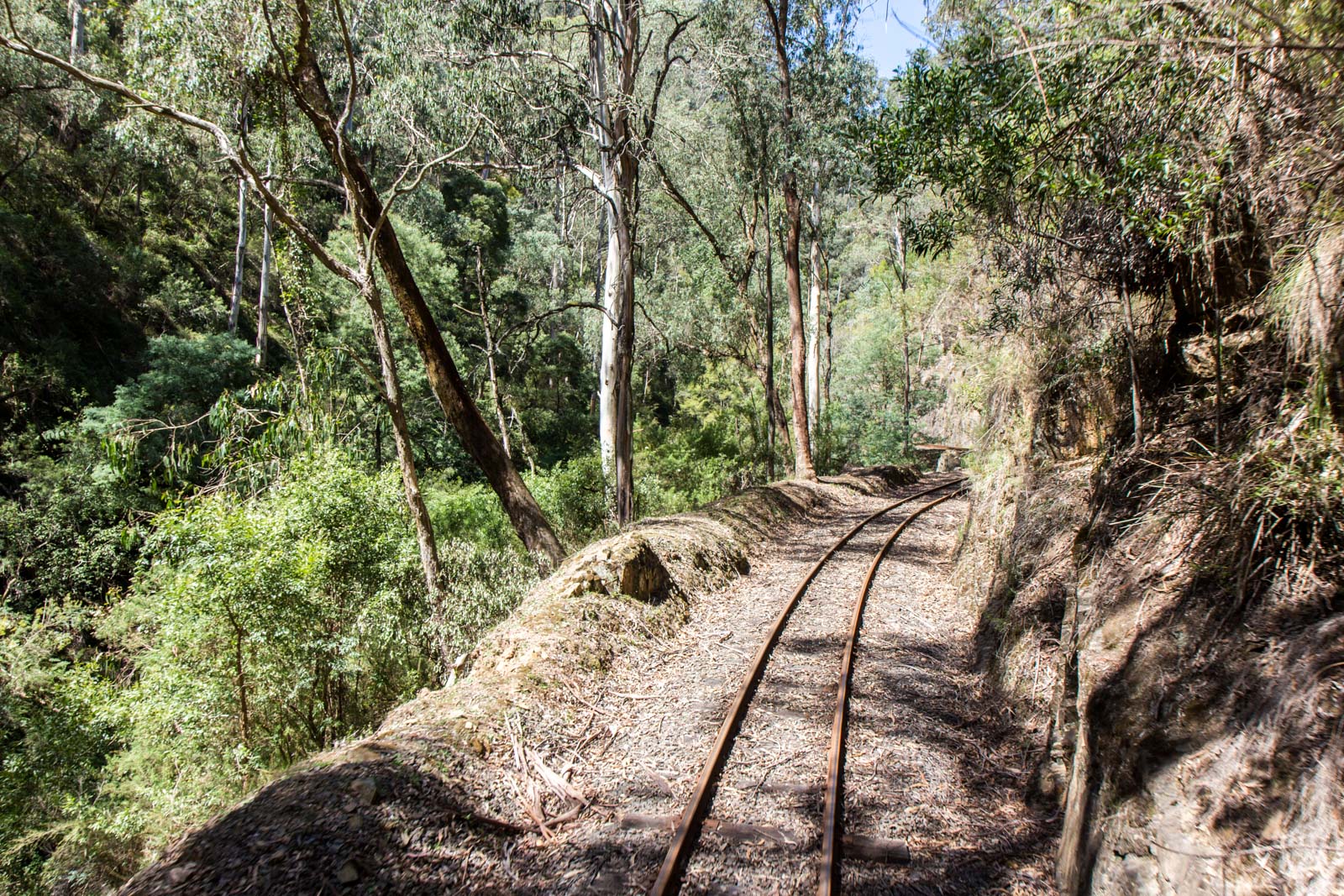 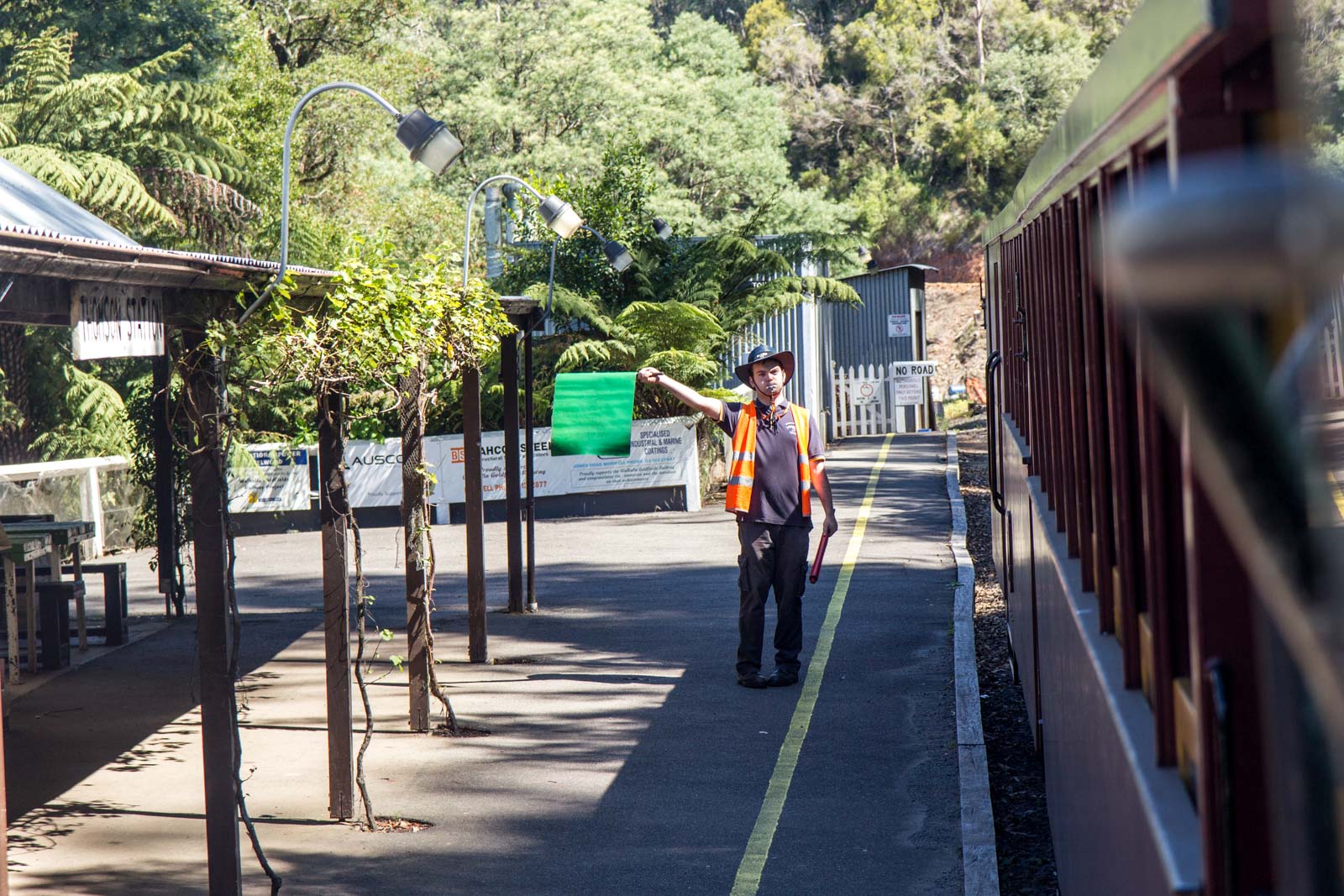 The Walhalla Goldfields Railway is all about the scenery and the experience. It is run by volunteers and gives you a taste of the Victorian gold rush in a beautiful bush setting. But it’s just one of the things to experience in Walhalla.

>> You can see timetables and more info here

To really understand the gold mining days, you need to go underground. You need to see what the miners saw for those long long long hours while they toiled away in cold and dark conditions.

The best way to do that is at the Long Tunnel Extended Gold Mine. 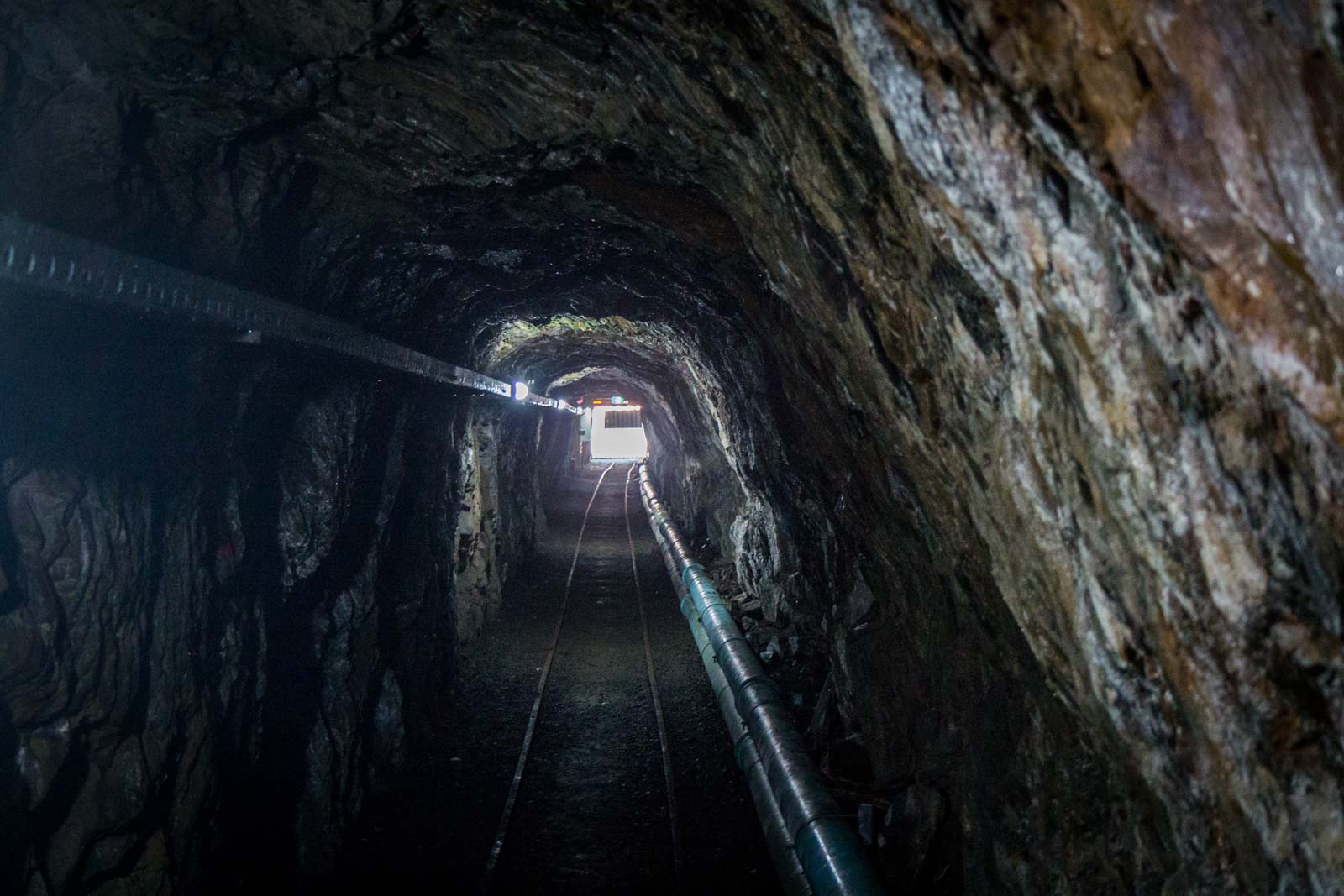 The mine had a mixed history of success. For many years it was unprofitable because the concentration of gold was too low in the quartz that was being mined.

Investors threw in money, like many do during periods of boom, but saw no return and lost it all. But there was always hope for the venture. 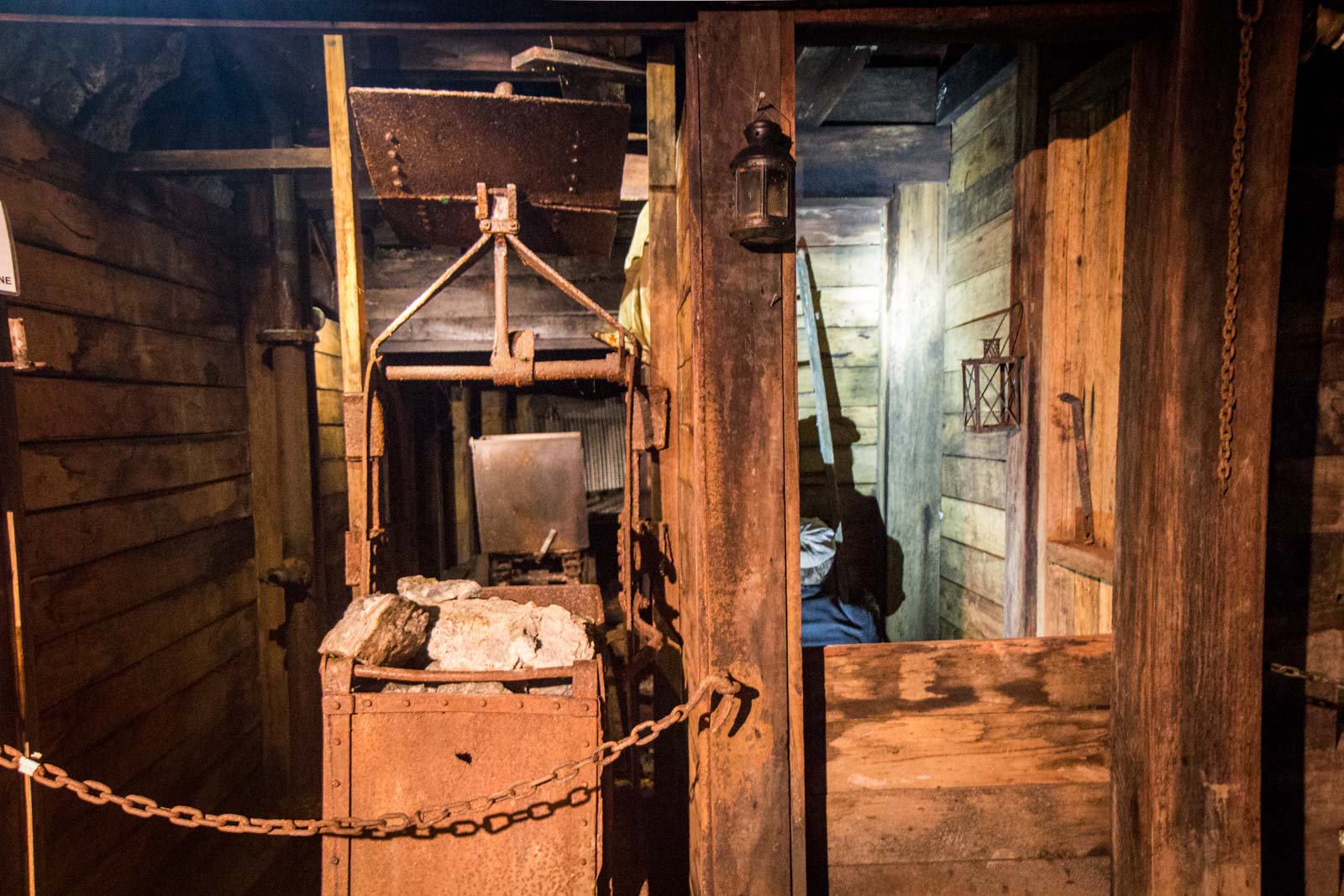 When all was said and done, the mine had about 8.5 kilometres of underground tunnels and shafts and went almost a kilometre deep. About 14 tonnes of gold had been extracted and those investors that had stuck with it had become extremely rich. 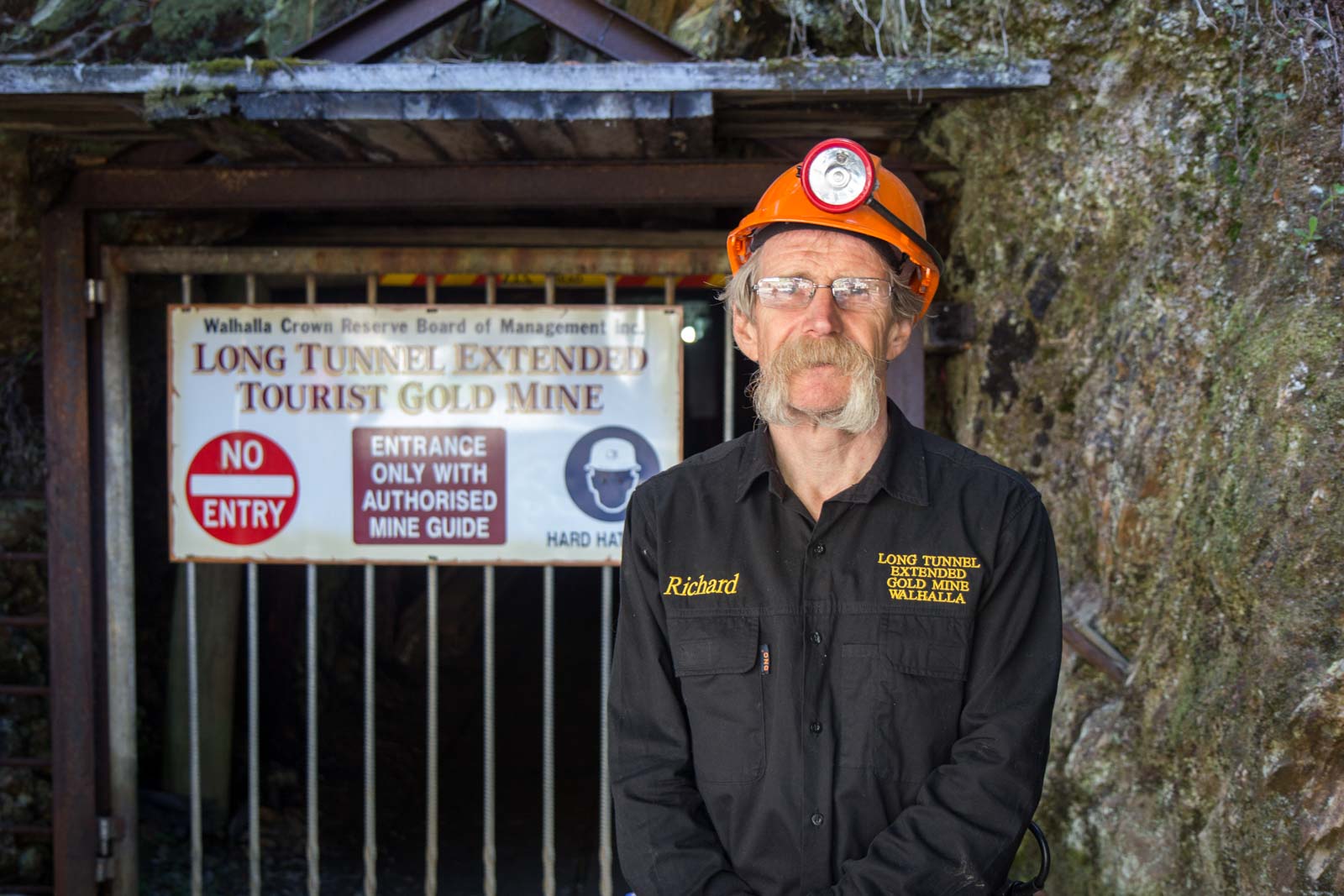 Today you can take a guided tour through some of the mine – although it’s only several hundred metres of tunnel that you’ll walk through. It takes about an hour, though, and I feel like we go a lot further.

That’s partly because we stop a lot along the way and the extremely knowledgable guide explains all the history of the operations here. I also learn a lot about the town itself and so it’s a great way to start a visit to Walhalla.

>> Check here for tour times and other details

It’s a little surprising to find that there are actually a few things to do here in Walhalla. I say that because, before I arrived, I had been constantly told how quiet and sleepy the town is.

It’s not an incorrect description – there’s really just one street and only a couple of shops – but nobody had really stressed how much history there is here. 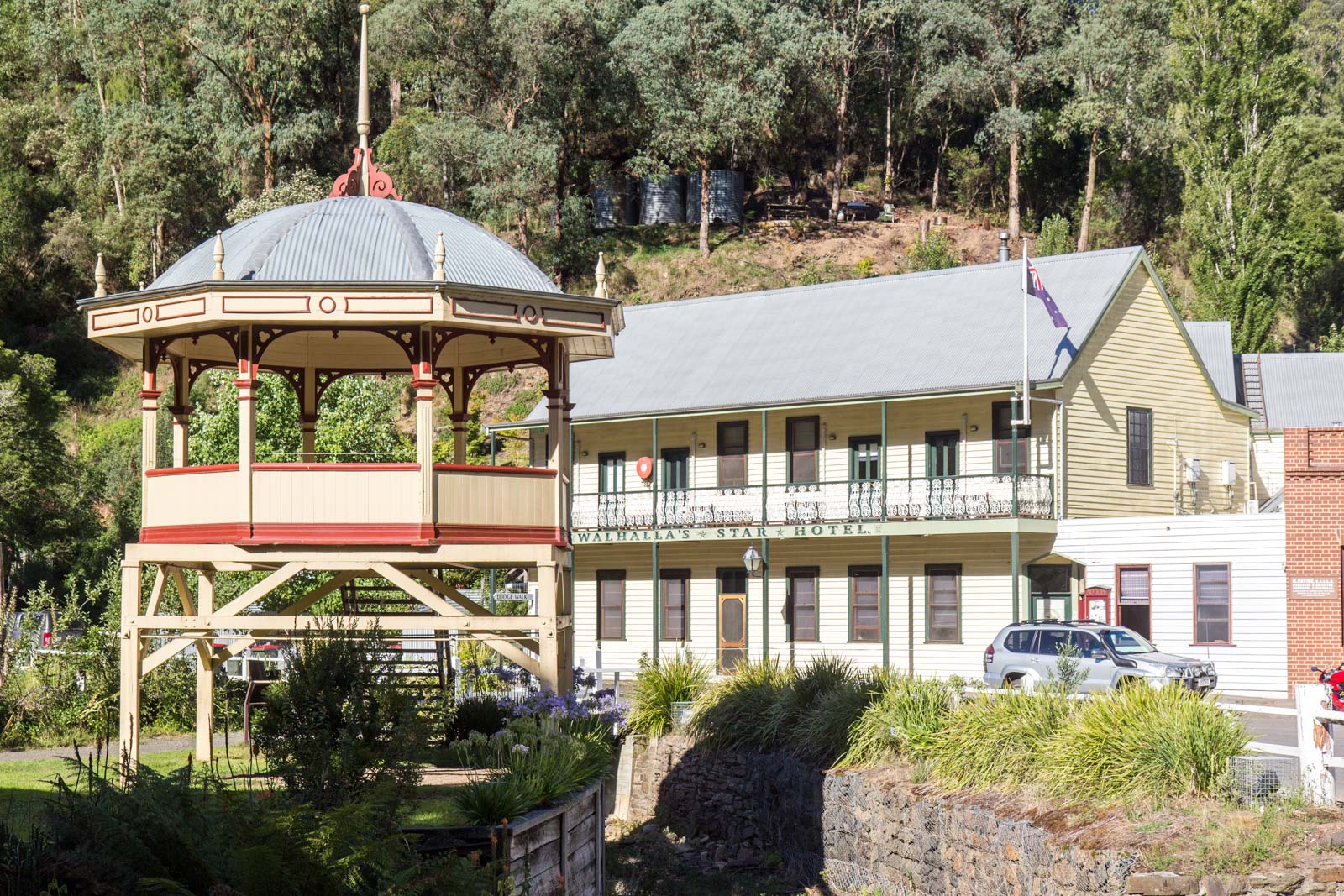 Staying at Walhalla’s Star Hotel, as I do, gives you the opportunity to live a little bit of Walhalla yourself and take the time to explore properly.

I walk up to the cemetery to see some of the graves from the gold rush (including one that is cursed!) and I take a stroll in the surrounding bush. I see the small church perched on the hill and take a peek at the historic post office. 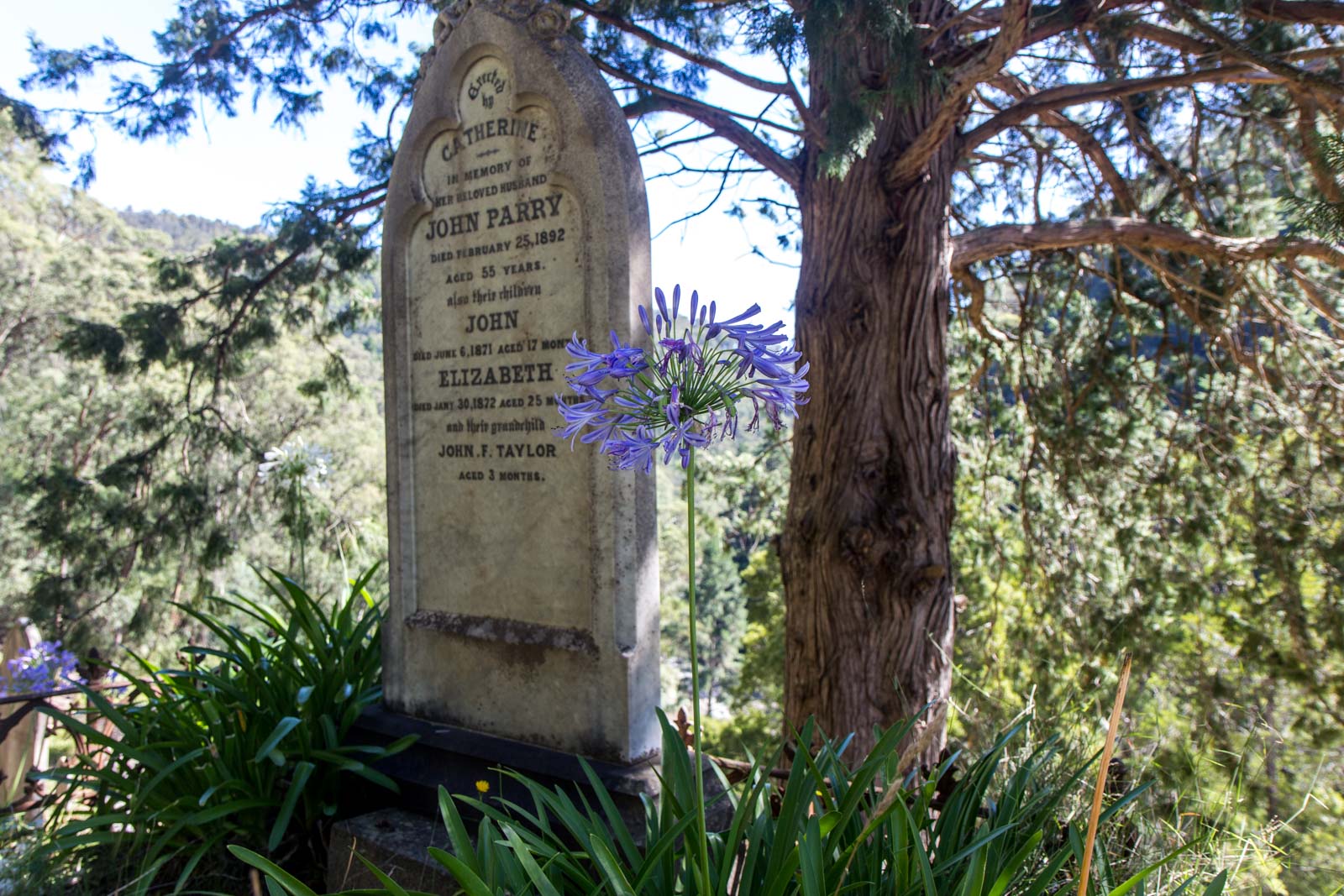 Walhalla is an easy overnight trip from Melbourne, it’s also possible as a day trip (but why rush?) and it makes a good stop on a road trip through Victoria.

It does have electricity these days but that hasn’t changed the town too much. Don’t worry – if you’re trying to get away from the stresses of modern life, you’ll be pleased to hear that it still has very limited mobile phone or internet coverage!

For accommodation, I suggest the wonderful Star Hotel in the centre of town.

Time Travel Turtle was supported by Tourism Victoria but the opinions, over-written descriptions and bad jokes are his own.