Dozens of members of the community – mostly children – stand around listening. In the middle of the circle, the Paraguayan village leader is speaking.

Slowly, through a translator, he makes his message clear.

Looking around, as I do at that moment, there seems to be plenty of land and much of it apparently unused. But things are more complicated than that.

These are the indigenous people of Paraguay – the natives who had their land taken from them in the great settlement and missionary period of the nineteenth and twentieth centuries. When they say they need more land, they mean they want it back. 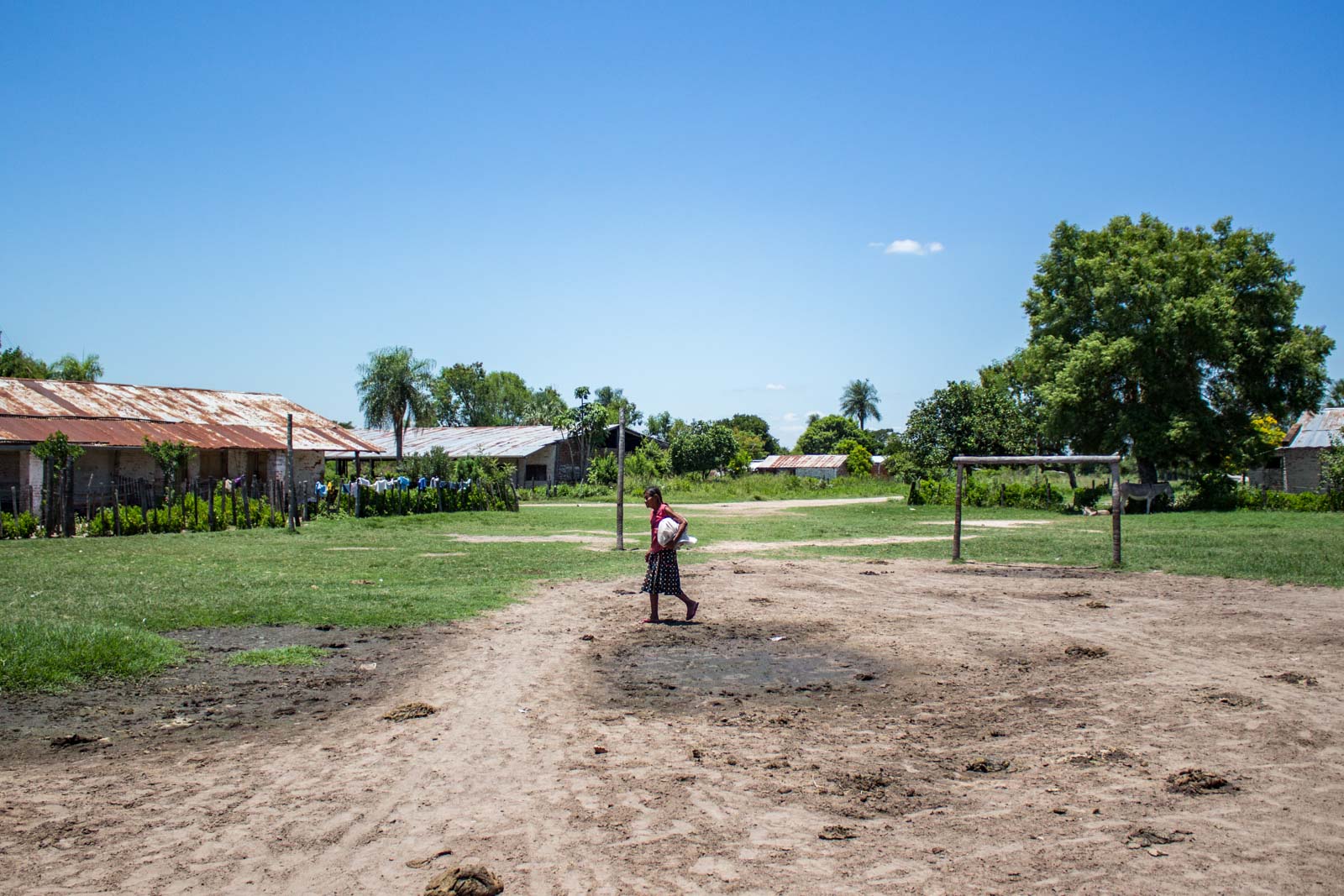 Here in the indigenous community of Makthlawaiya, about one hundred kilometres from the nearest major town, life moves slowly. In many senses it’s simply subsistence living for the population, which is measured in hundreds, not thousands.

Villagers grow vegetables in small gardens; the men hunt for animals in the forests; and the focus is on where the next meal is coming from. At night they retire to the wooden shacks or old brick buildings that several families might share.

Meanwhile, in the centre of town, the large white church acts not only as a community centre, but as a vivid reminder of the history of these people. 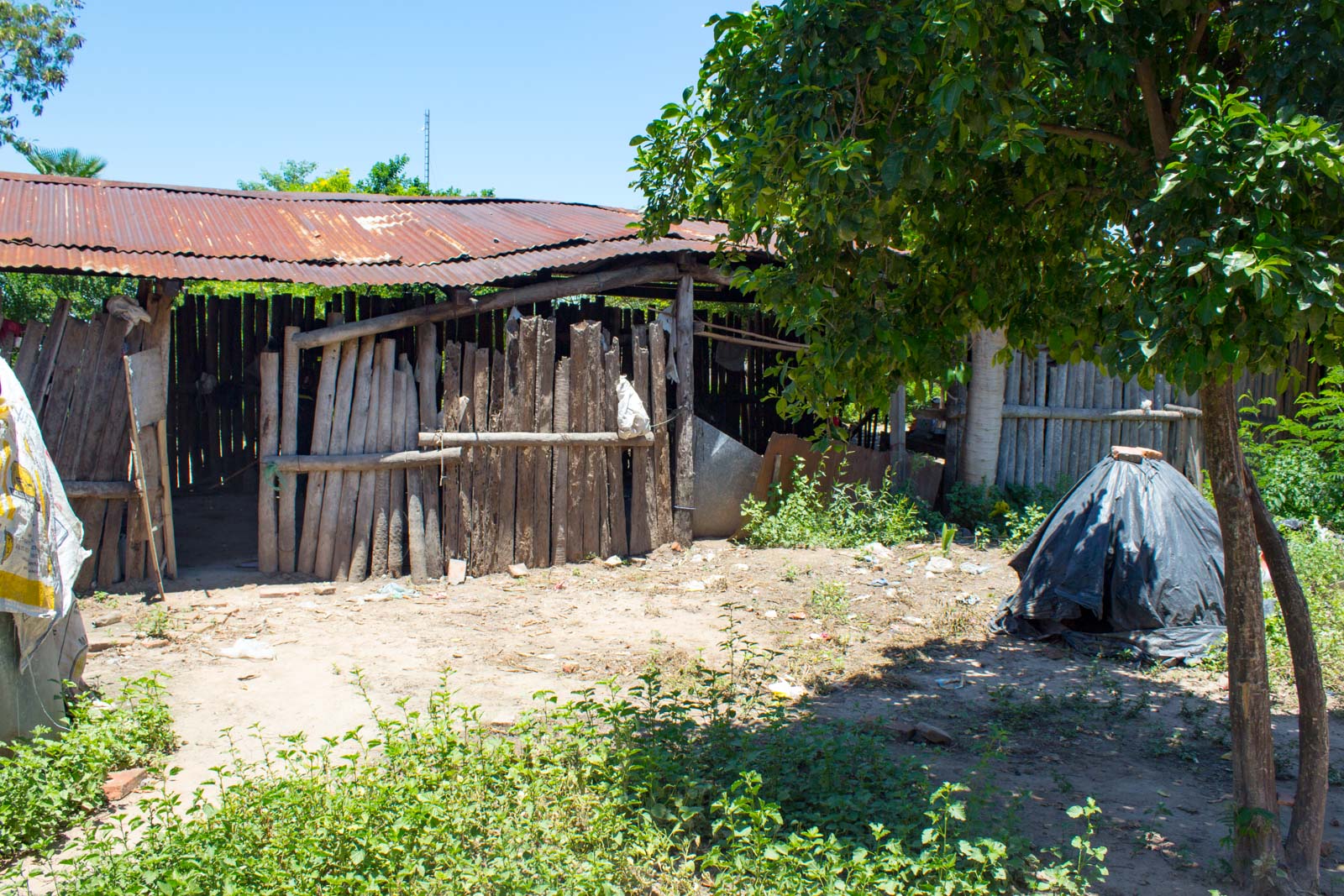 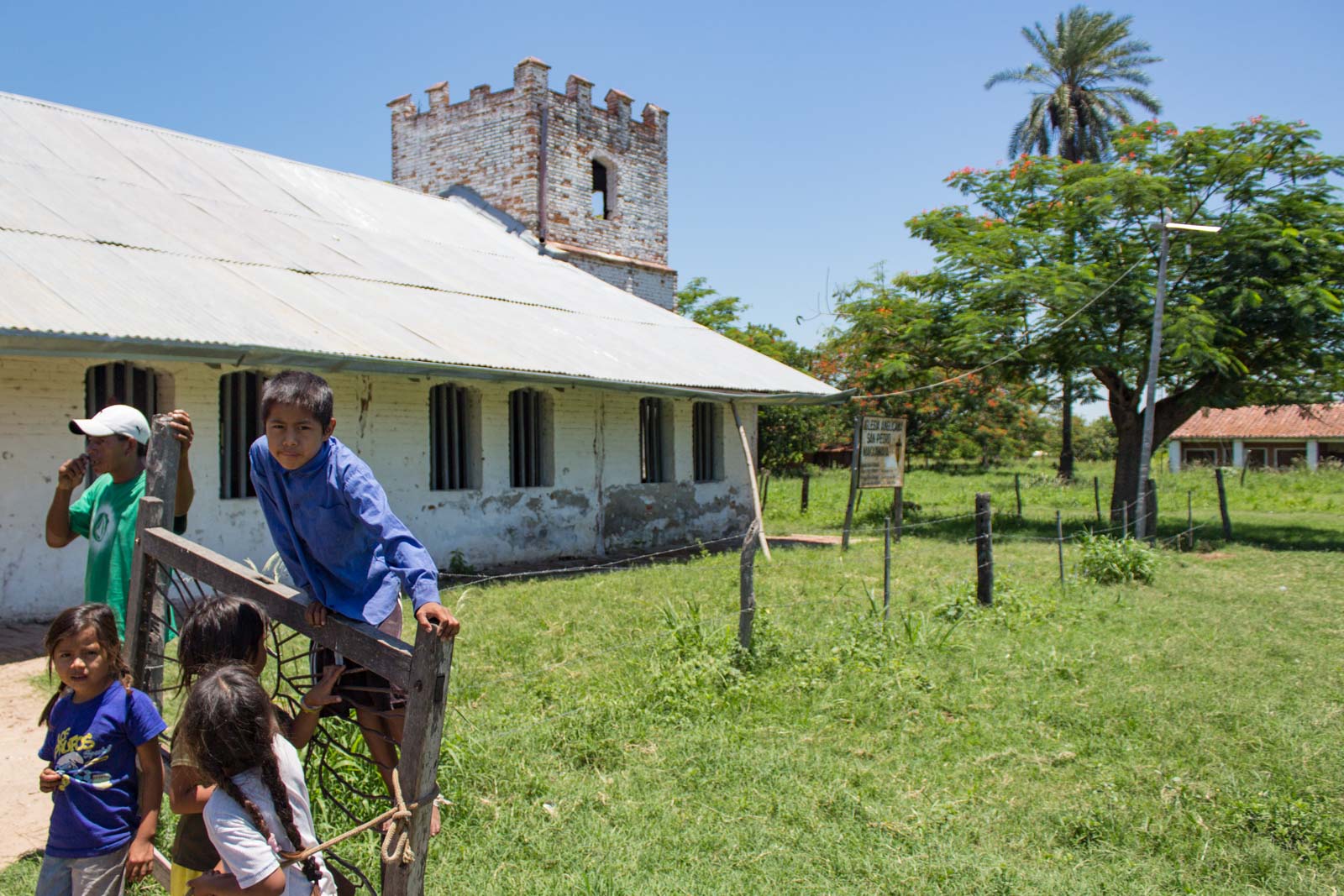 Makthlawaiya was founded in 1907 by English missionaries who took the natives from their traditional way of living. The idea was to replace that original Paraguayan lifestyle with Anglican values, British traditions and a new awareness of agricultural skills.

In some senses, it worked quite well. Until the missionaries left in 1985, the community thrived and turned out to be quite good at farming – cattle being one of the main industries.

The town leader, when asked, said their lives were probably better for the experience and education. For the gains, though, there was a loss.

Firstly, their land had been sold by the church and, by all accounts, the money was sent back to England to be spent there.

And secondly, the indigenous people had been deprived of their culture and as the generations passed, the histories of the people were lost amongst the ways of the west. 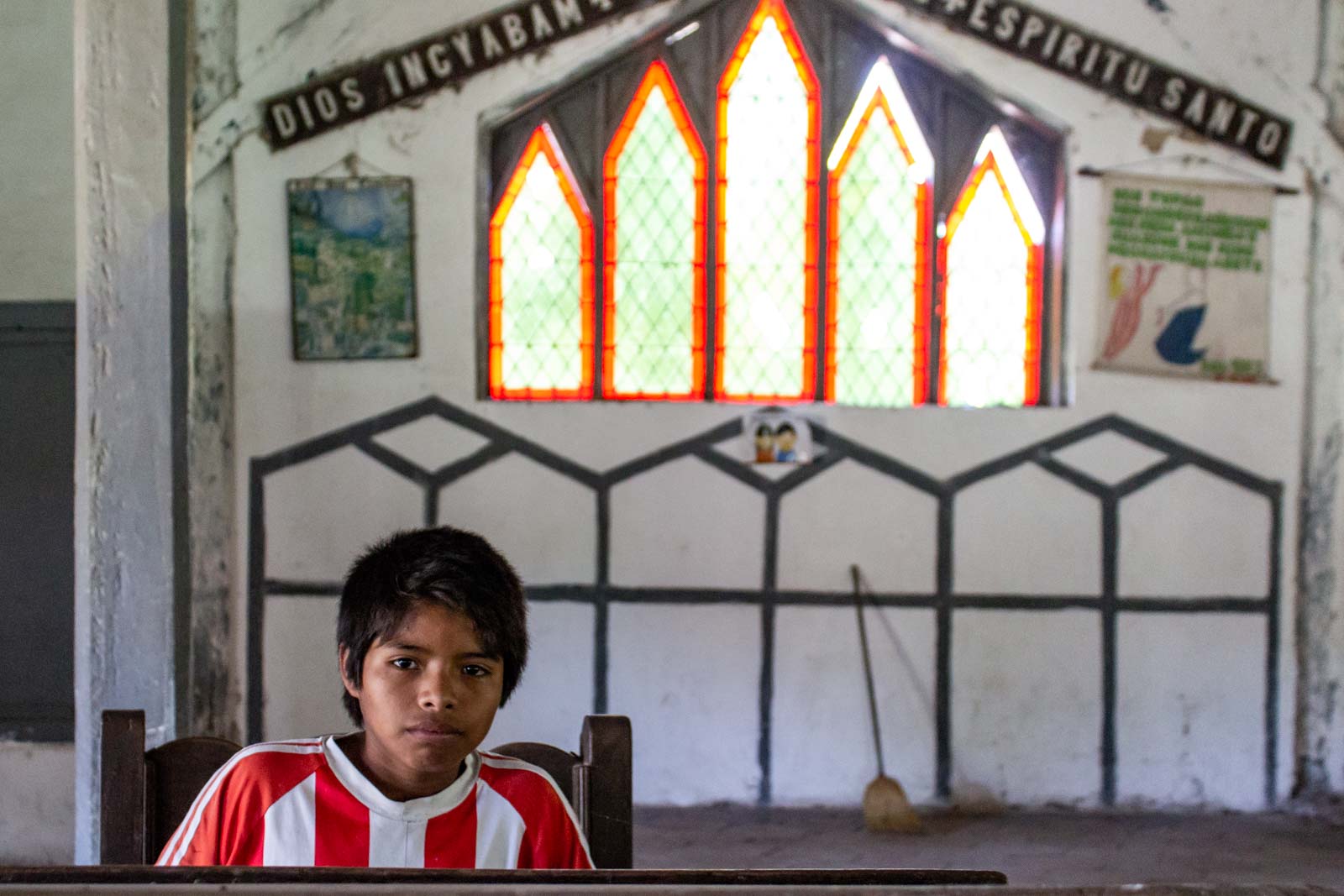 The politics of land ownership

Clearly, this was not a typical stop on the tourist trail of Paraguay (if the country even has a tourist trail!).

I had arrived at this point because of a chance meeting with well-known British explorer Robin Hanbury-Tenison and his family.

As President of the organisation Survival International, he was interested in seeing what was happening with the indigenous population of Paraguay and I had tagged along for the ride. 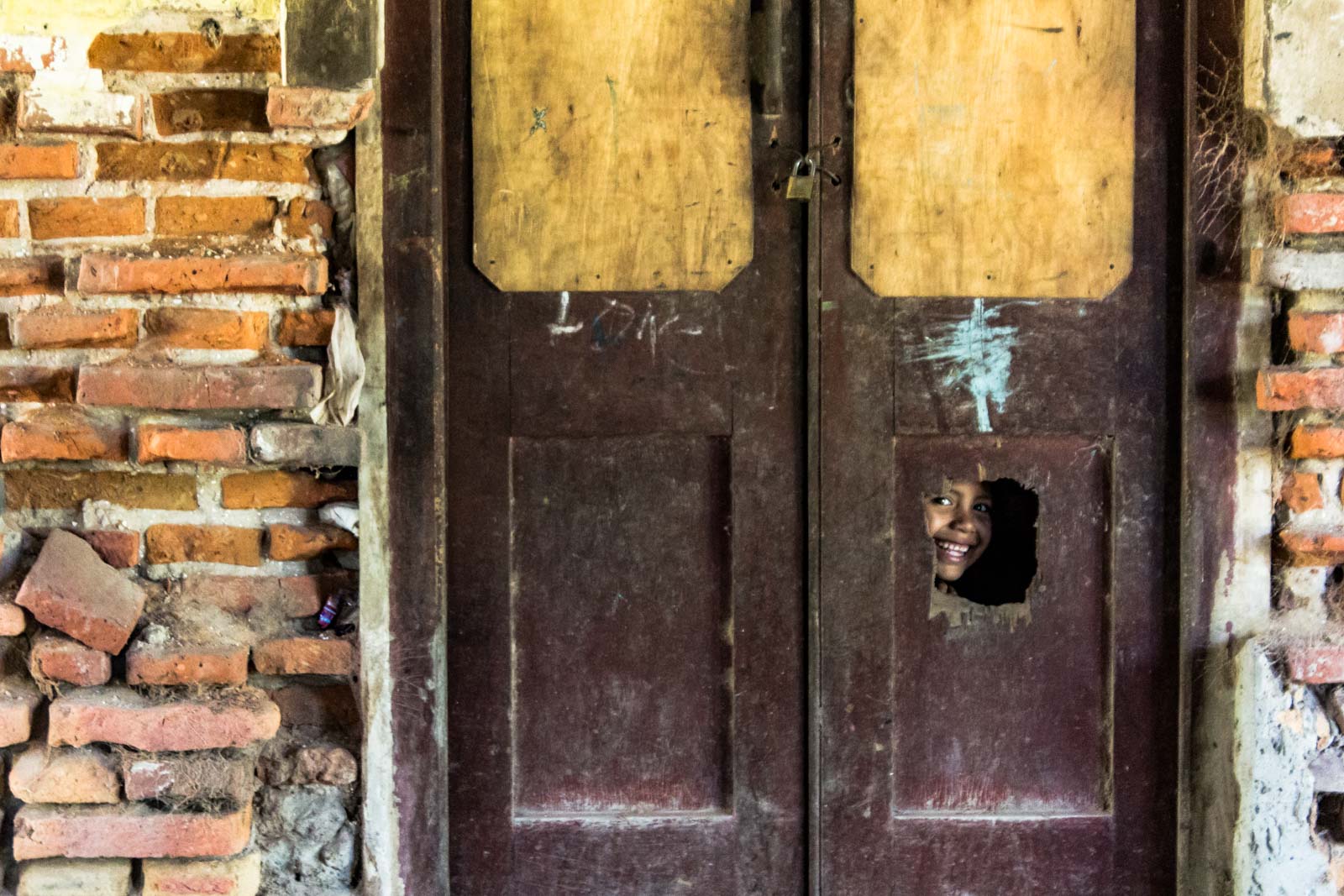 Talking to the people of Makthlawaiya, it turns out they have submitted a land claim to the government for an area they believe they deserve. It still hasn’t been processed and they’ve been waiting a long time.

But, in some ways, they are among the lucky ones because they already have a space to call home (for now). We were to see some groups in more dire situations. 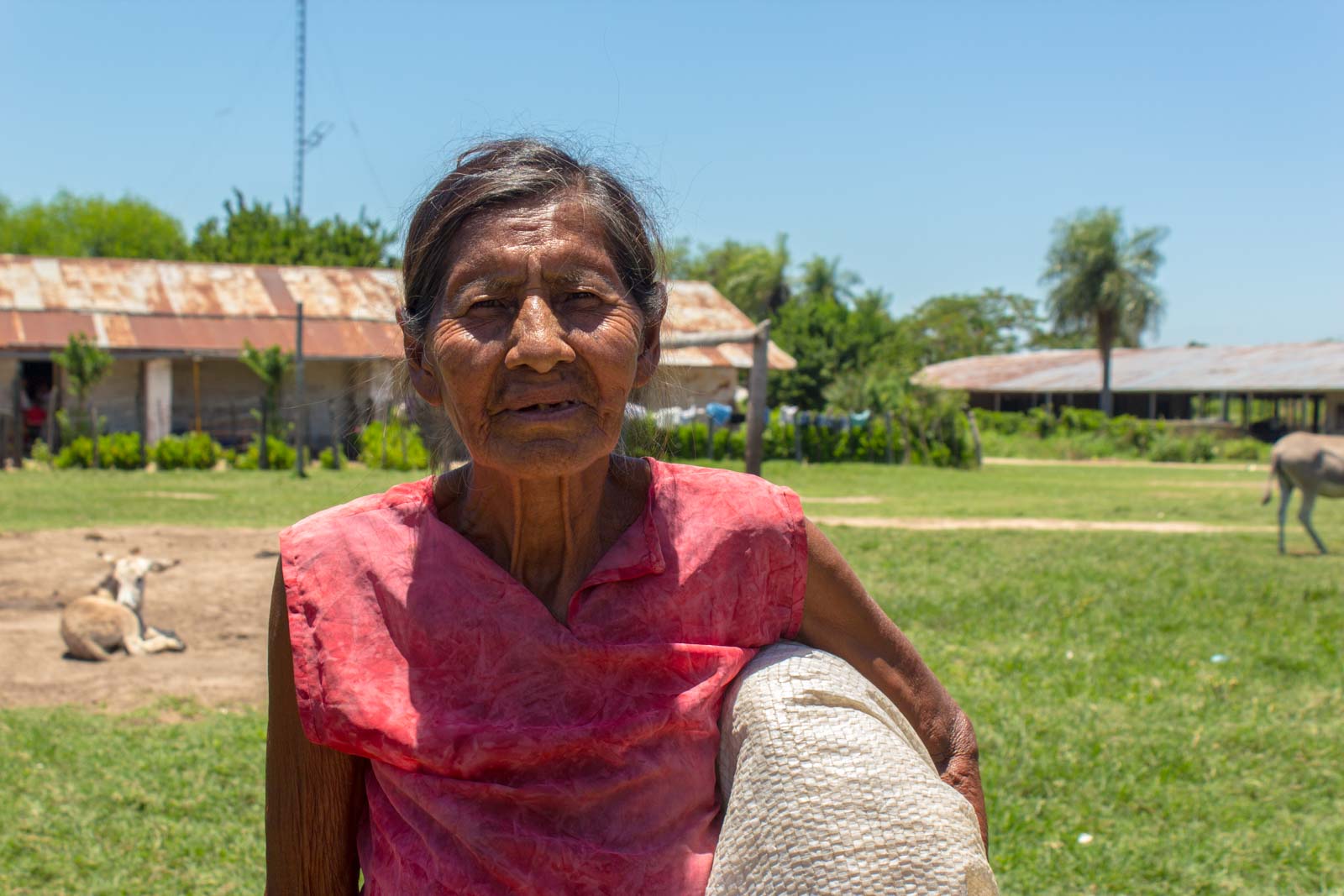 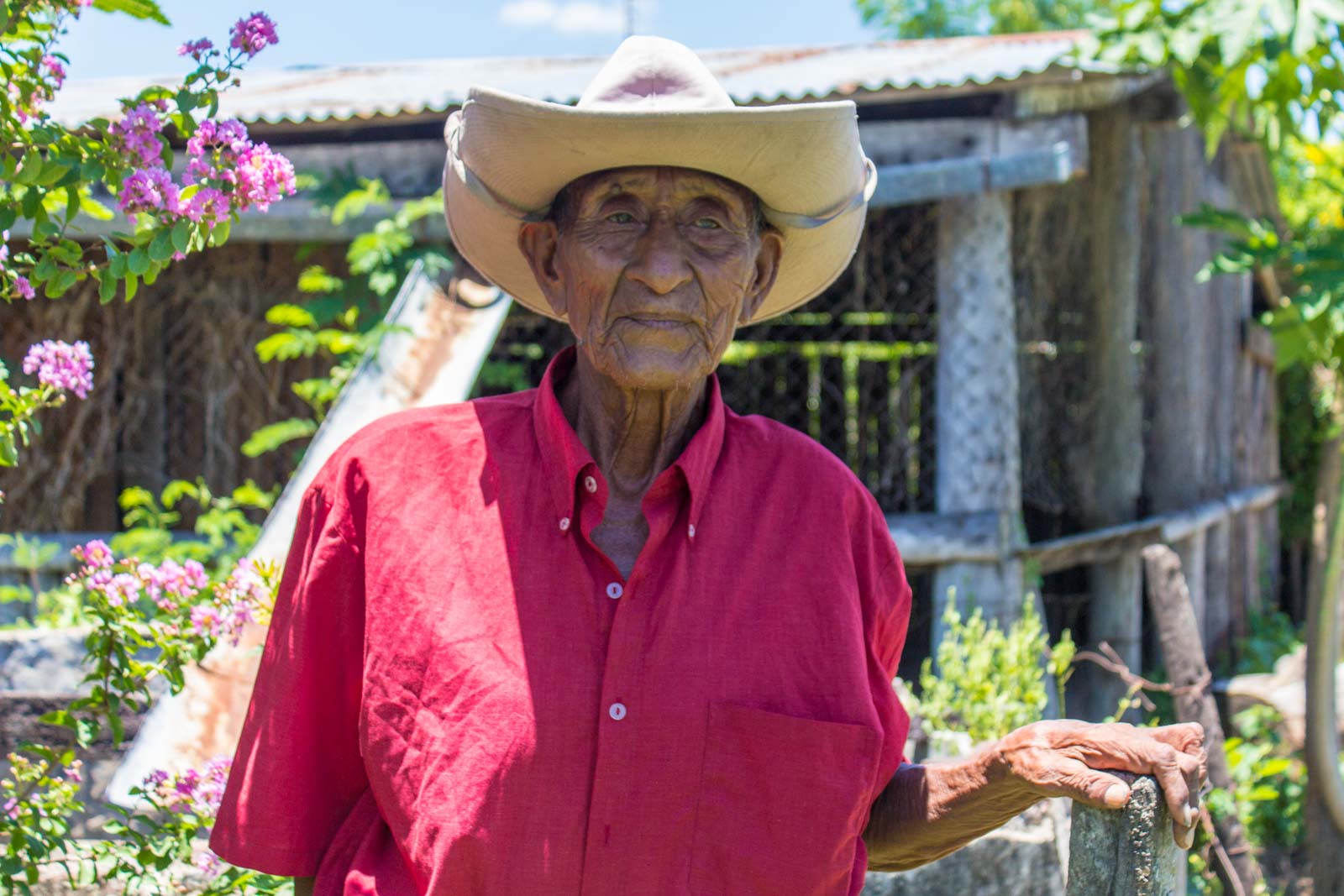 Later that afternoon, as trucks roared by on the highway, we sit in the shade of a tree on the side of the road in the community of Sawhoyamaxa. If you can call it a community, that is.

The indigenous people here live in a stretch of land no wider than fifty metres, between the asphalt of the highway and the fence of a farmer’s land.

There’s not much to do and a lot of time seems to be spent just being spent – sitting, watching, occasionally talking. Once again, we’re here to chat with the local leader. 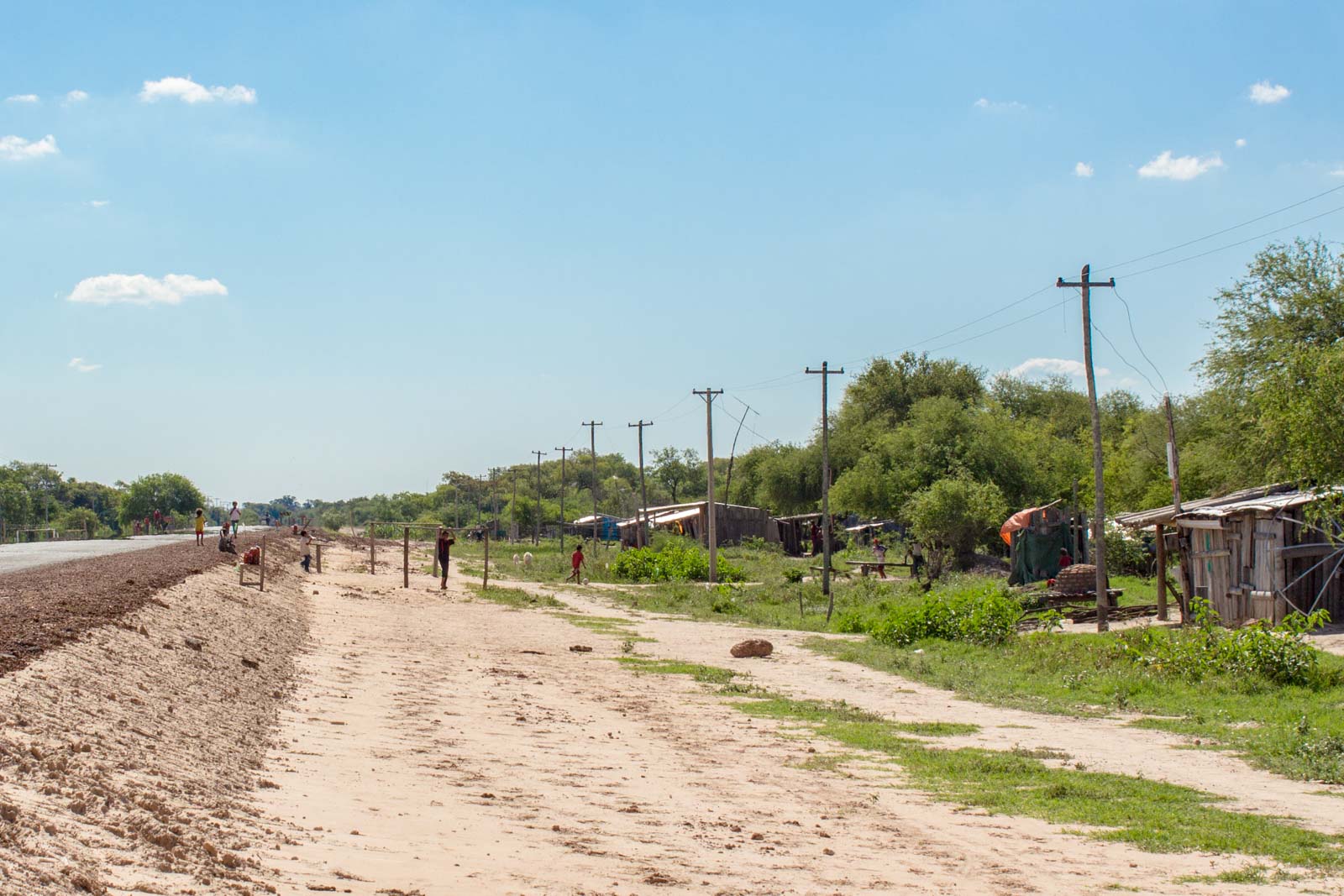 After the missionaries left Paraguay in 1985, most of the native people went to work for rich (mainly European) farmers who had bought large tracts of land. They had learnt their skills from the westerners and were able to use them on the farms to make a living.

About ten years later, though, the movement started for land reparation. The indigenous people, believing it wouldn’t take long to get back their land, moved off the farms to prepare to take it back.

But bureaucracy moves slowly in Paraguay at the best of times and this process was never going to be without controversy. 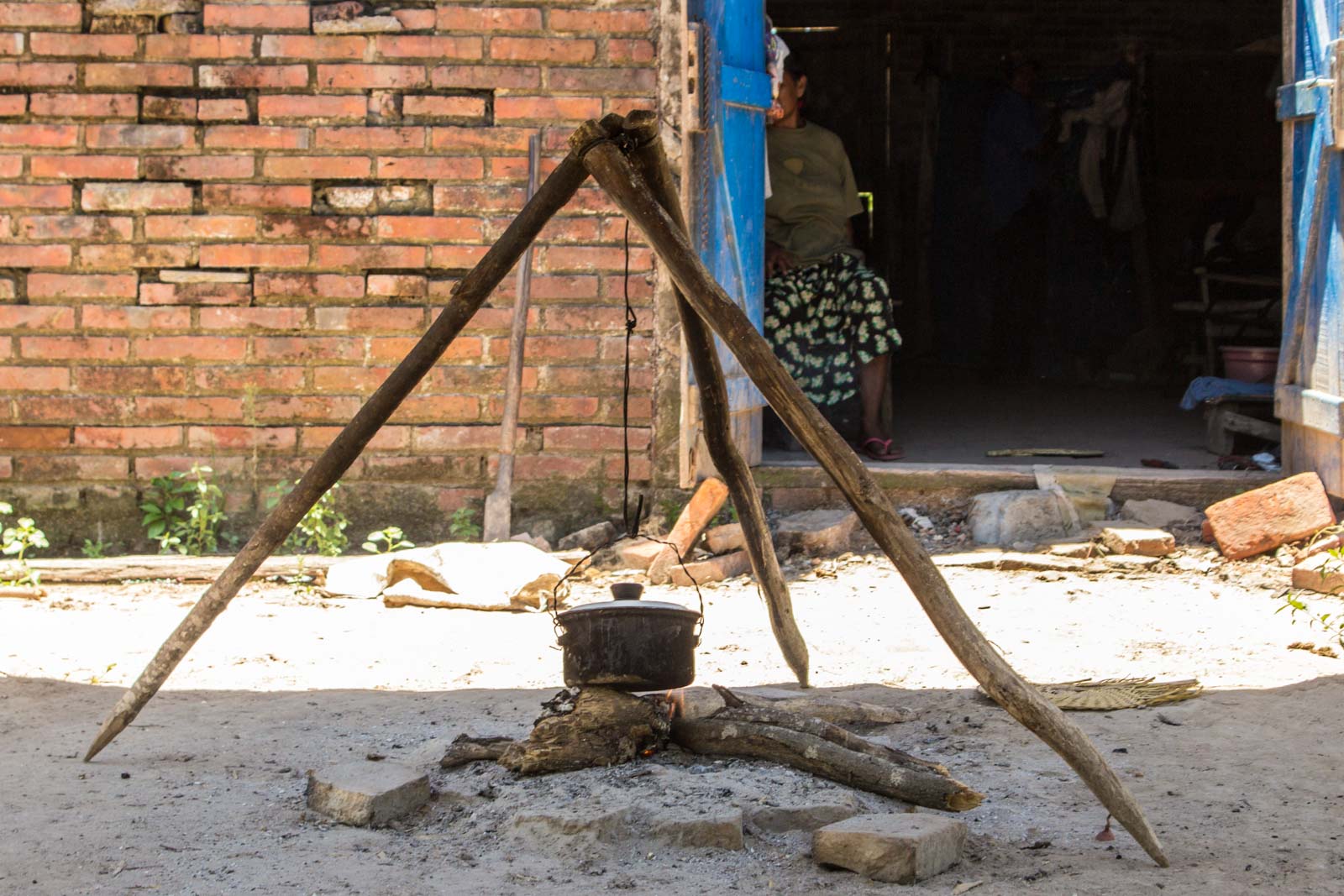 The current state of the whole land repatriation is complicated and slightly murky. Some farmers have agreed to sell their land back to the natives – but at unreasonably high rates.

Some claims are waiting with government for a ruling.

And some of the indigenous groups who are claiming the land seem unsure of why they actually want it – when we ask what they would use it for there’s a look of confusion, as if they hadn’t considered that question before. 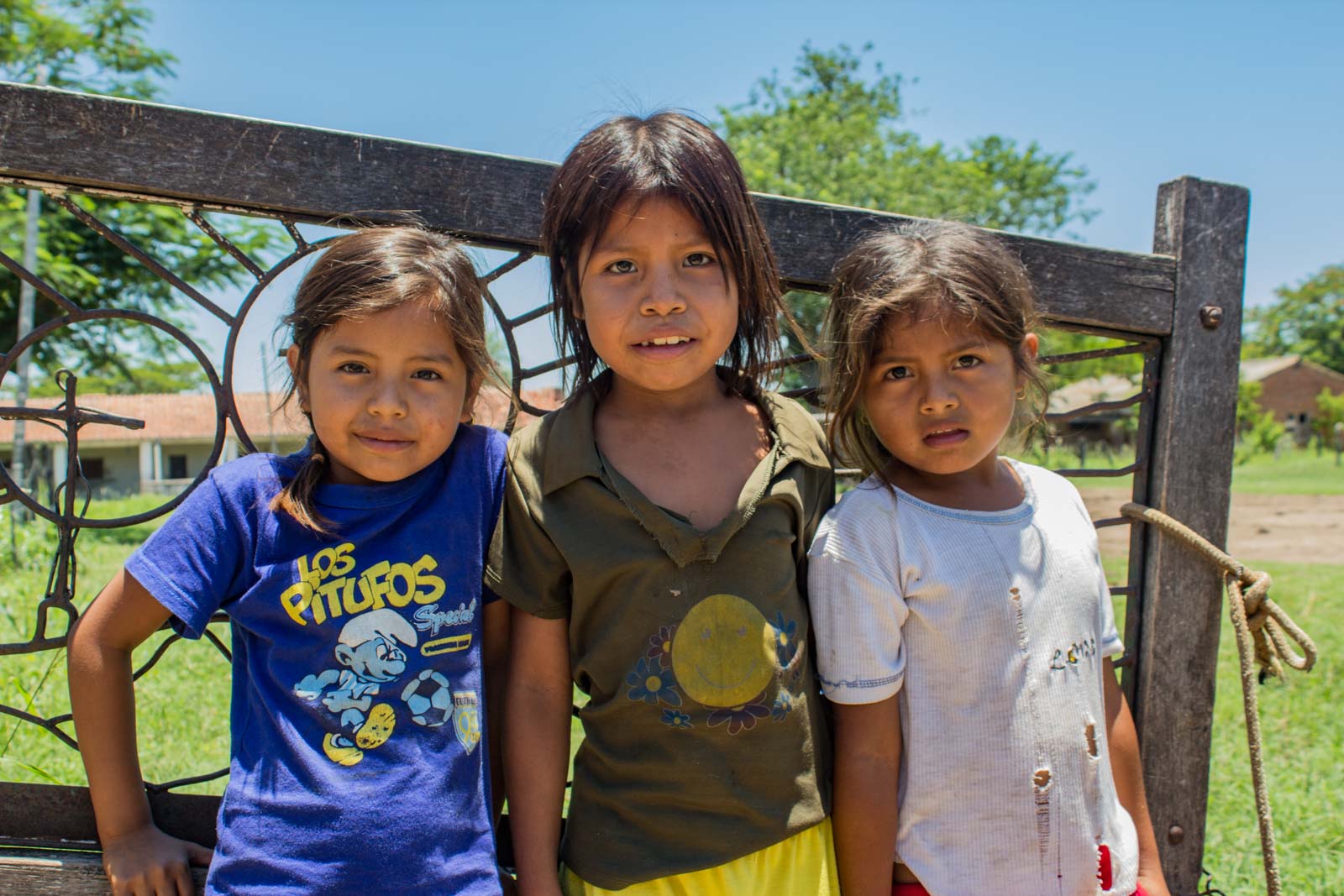 There will be resolutions eventually, though. And these cases are hardly unprecedented – all around the world developed and developing countries have had to face issues of indigenous rights.

>> Read the next part as we head into the jungle