It’s warm inside the café and we pull up some chairs in a cosy-looking corner. It’s nice to have a rest after walking around the small Portuguese town of Santa Maria da Feira. It’s also nice to not need to look at the menu. We know what we’re having – that’s the whole point of being here.

The fogaca sits on the table. So much history, so much legend, so much culture all captured inside this sweet bread.

More than 500 years ago (in 1505), the residents of Santa Maria da Feira were plagued by… well, the plague. In an attempt to save themselves they began to pray to Saint Sebastian and make an offering to him.

The food they presented in his honour, a sweet bread, is what became fogaca. And since that day, it has become tradition to make the bread and present it as an offering for Saint Sebastian each year. 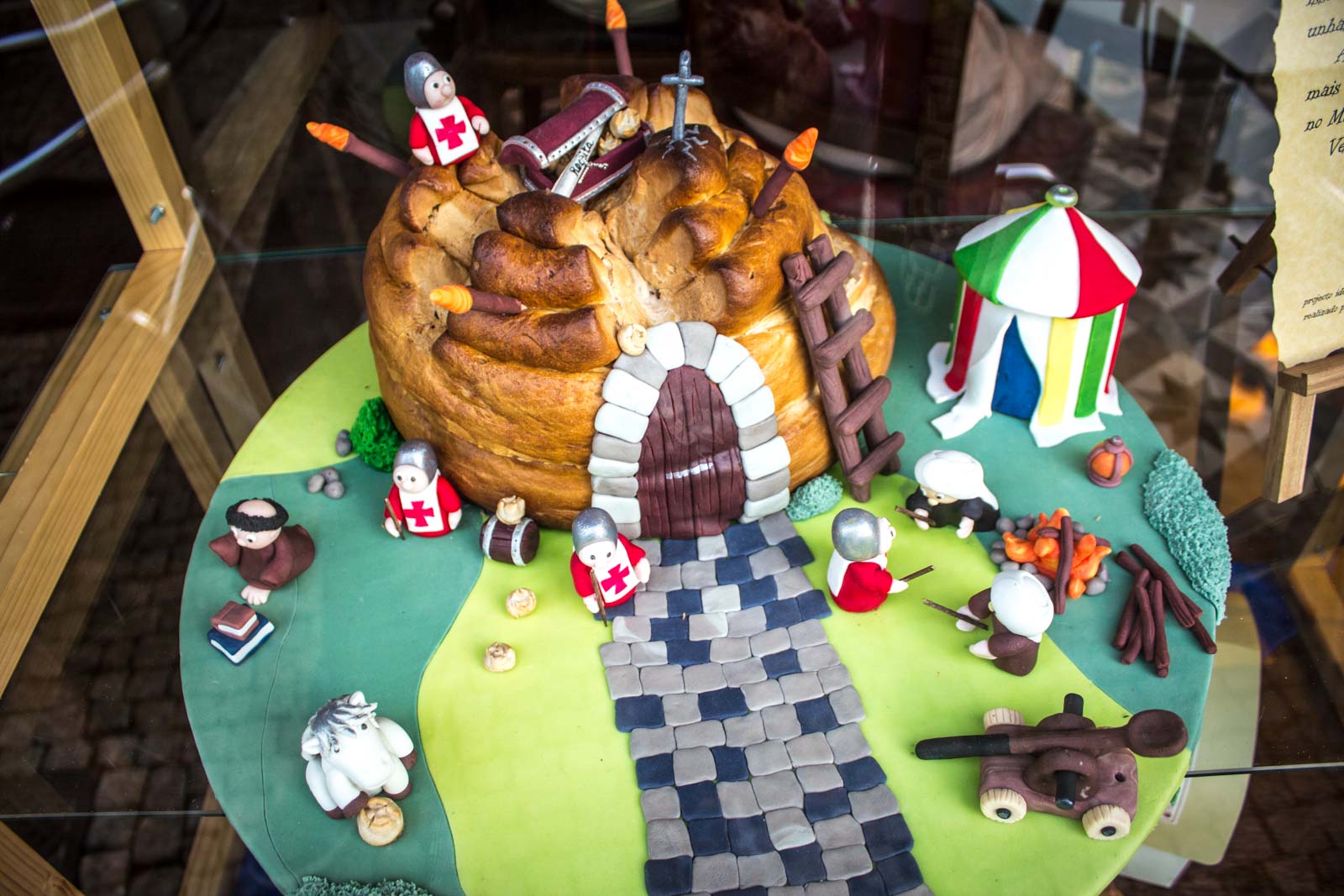 “But what about the plague?” I hear you ask. Well, good question. The plague did indeed go away. The residents, thinking they had done their job, stopped making the bread for a few years. And guess what? The plague came back. Spooky!

Since that day, many centuries ago, Santa Maria da Feira has not missed a year and the ceremonies and processions take place every January 20.

The fogaca is unique to the town – a small community of just over ten thousand people. While there are similar foods all over the world, this one has a characteristic recipe. Egg, butter, sugar, flour, cinnamon and lemon all combine to make the bread. And, when it’s almost completely baked, scissors are used to cut the top to make it rise into four points. They represent the four towers of the castle at the centre of the town’s history. 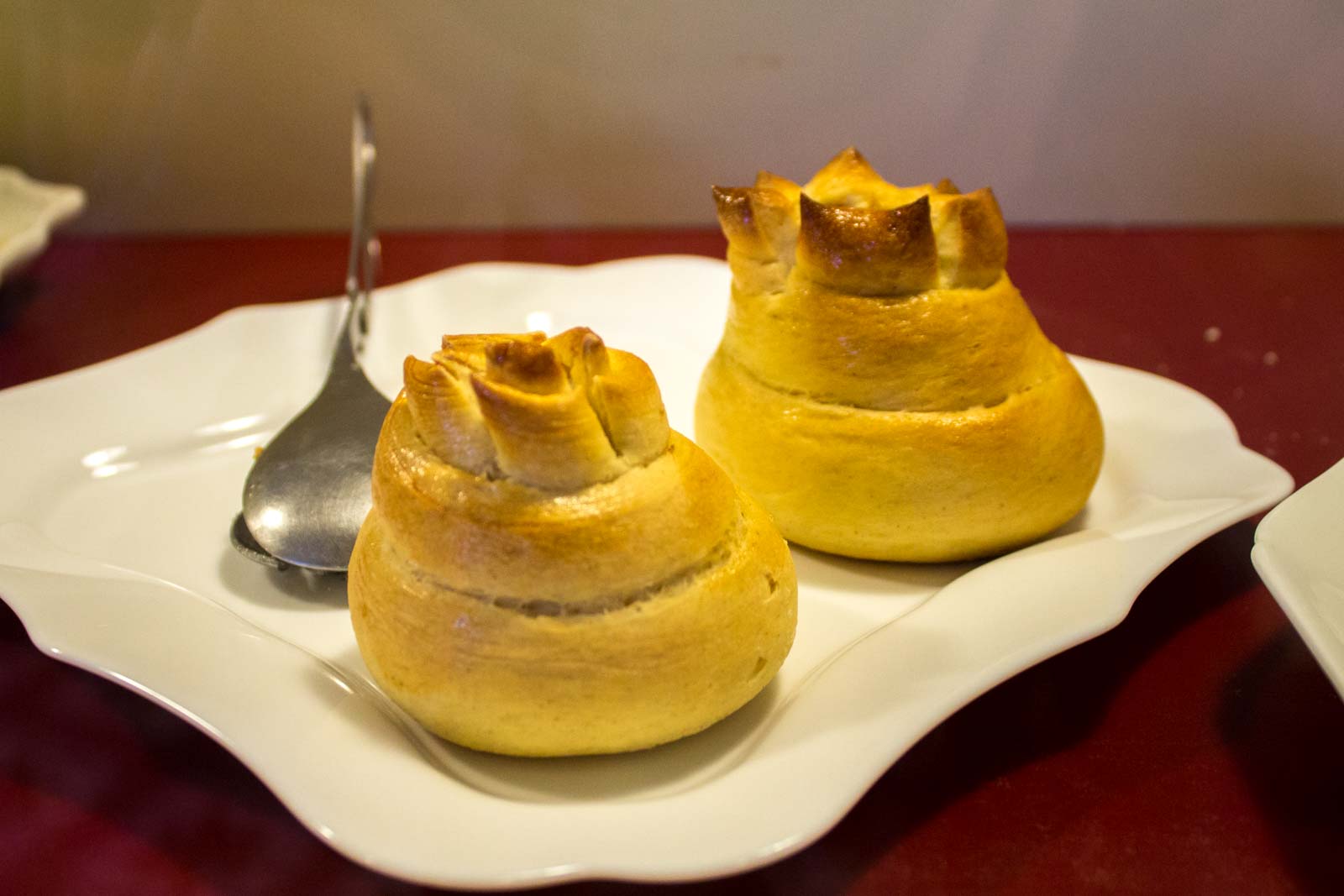 Just down the road from the castle is the café, where I’ve sunk into my chair with a cup of tea. Its name is Museu Vivo da Fogaca, which is translated from Portuguese as ‘The Living Musuem of Fogaca’. If there was any doubt about the importance of the food in this town, it should be dispelled by the discovery of a shop dedicated entirely to the bread.

The owners – a friendly husband and wife team – have only been running the café for about a year. They tell me that it’s proved to be really popular with the locals, who make up more of their customer base than tourists. Most people in town have a slightly different recipe for fogaca and obviously many consider this one to be one of the best. I rip off a bit of the bread in front of me. You don’t cut these large ones with a knife – you just rip. There is cheese and jam on the table to eat with it. I’m not sure which to try… perhaps both?

It’s delicious. Only slightly sweet with a hint of the cinnamon and lemon zest. It’s filling enough to be more than a snack but with some jam on top it feels perfect for an afternoon stop. Who knows what effect the fogaca really had on keeping the plague away from the residents of Santa Maria da Feira? Perhaps Saint Sebastian protected them… more likely it was just the natural ebb and flow of an epidemic. Regardless, it has left the town with a legacy to be proud of – and the fogacas here are to die for!

Time Travel Turtle was a guest of the  Porto and Northern Portugal Tourism Association but the opinions, over-written descriptions and bad jokes are his own.