It all came to a grand culmination with the arrival of a giant granny in the city. Yes, you read that right. 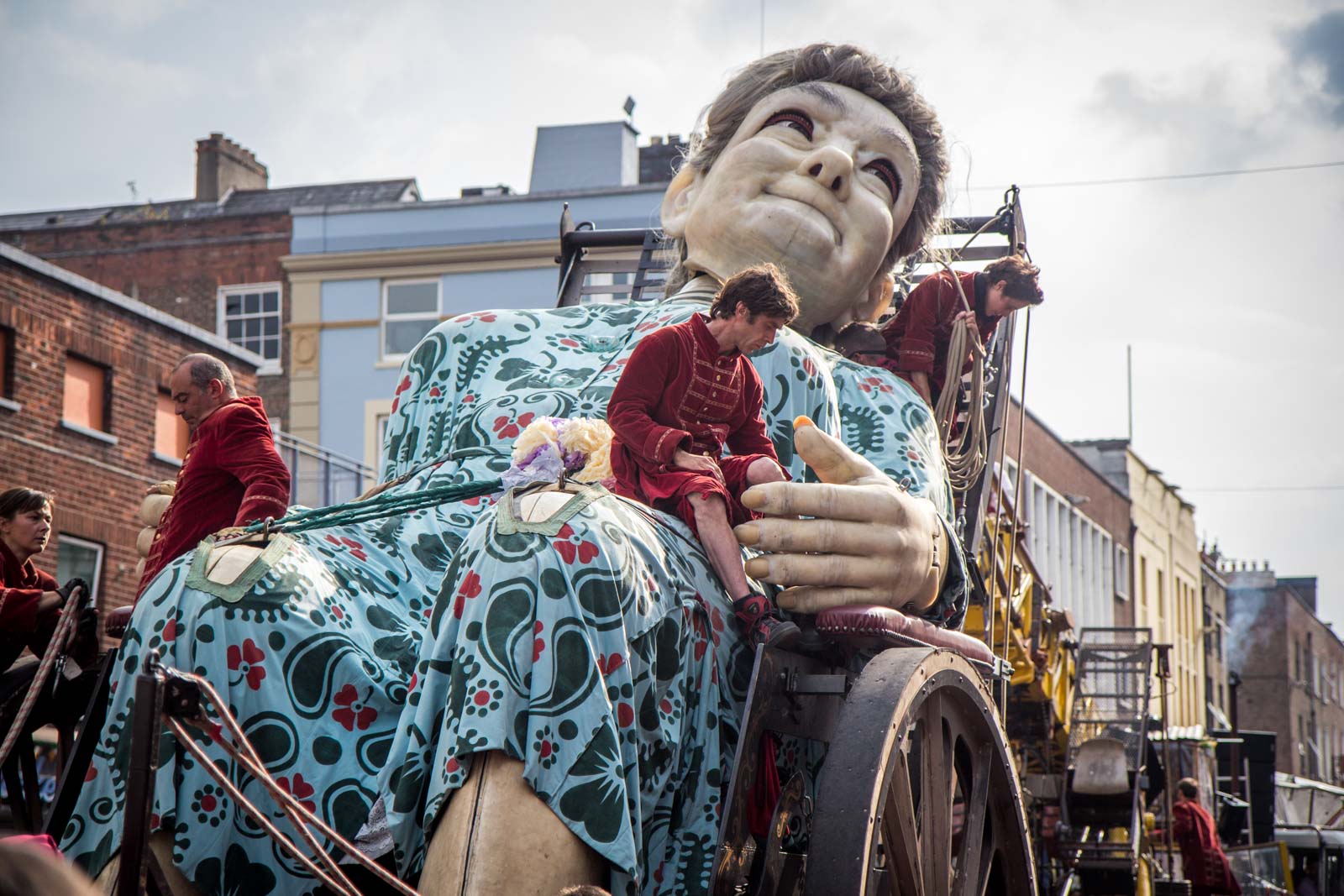 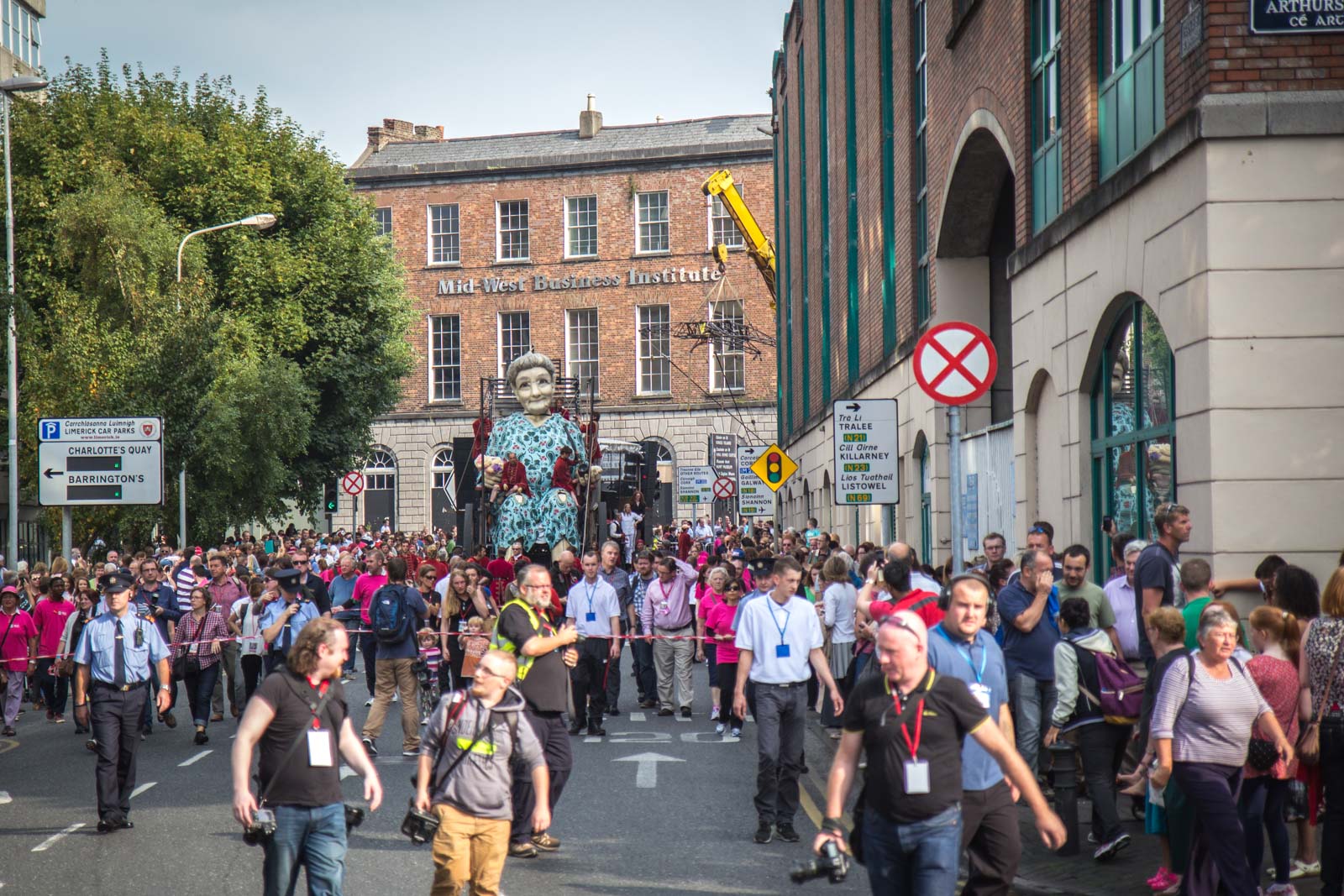 She (the granny) is the work of the French street theatre company, Royal De Luxe.

She moves through the streets through a complex series of mechanics controlled by 27 operators. At her tallest, she is 8 metres high and the wheelchair she sometimes uses weighs 5 tonnes.

It’s no easy feat but it all looks so smooth and effortless. 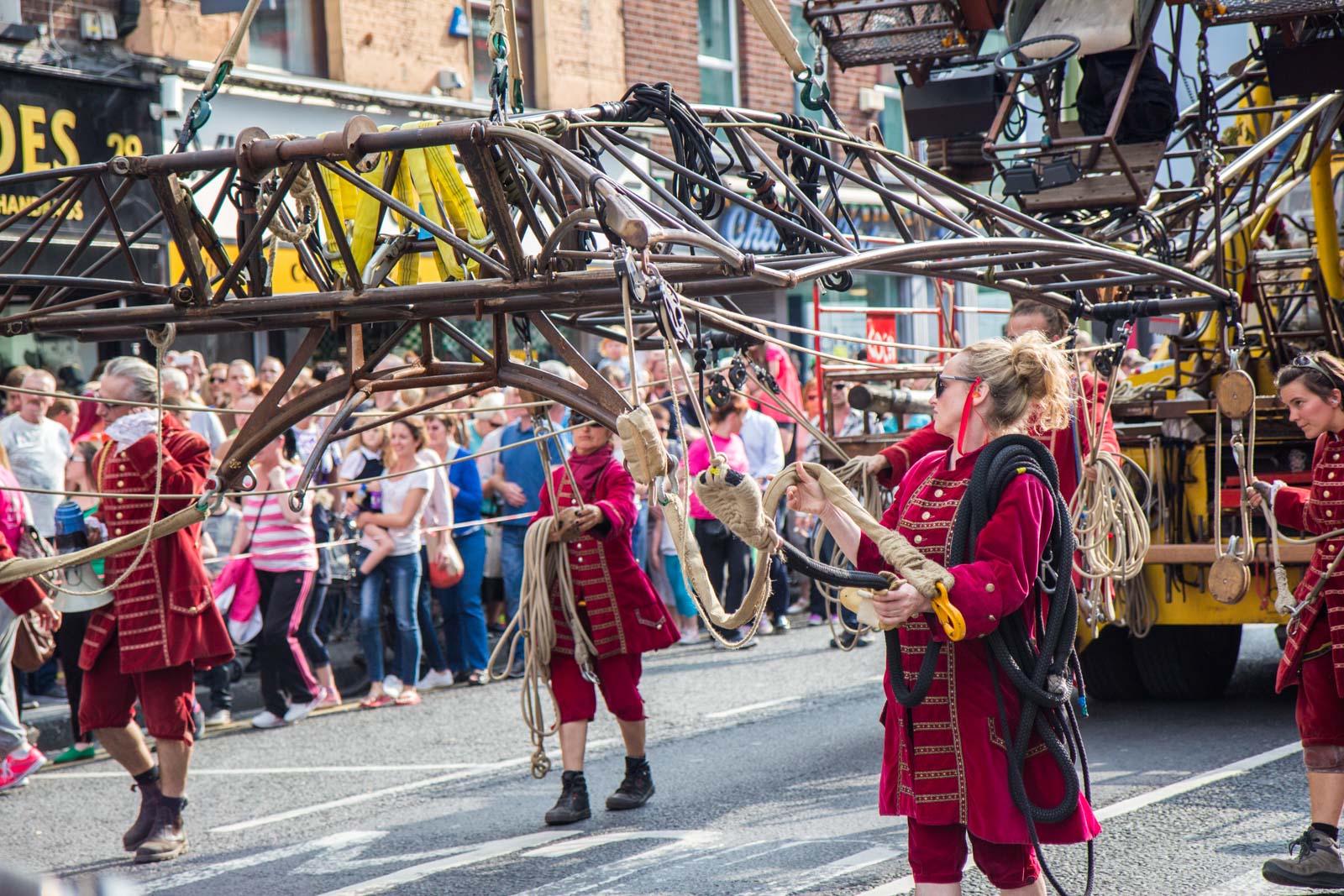 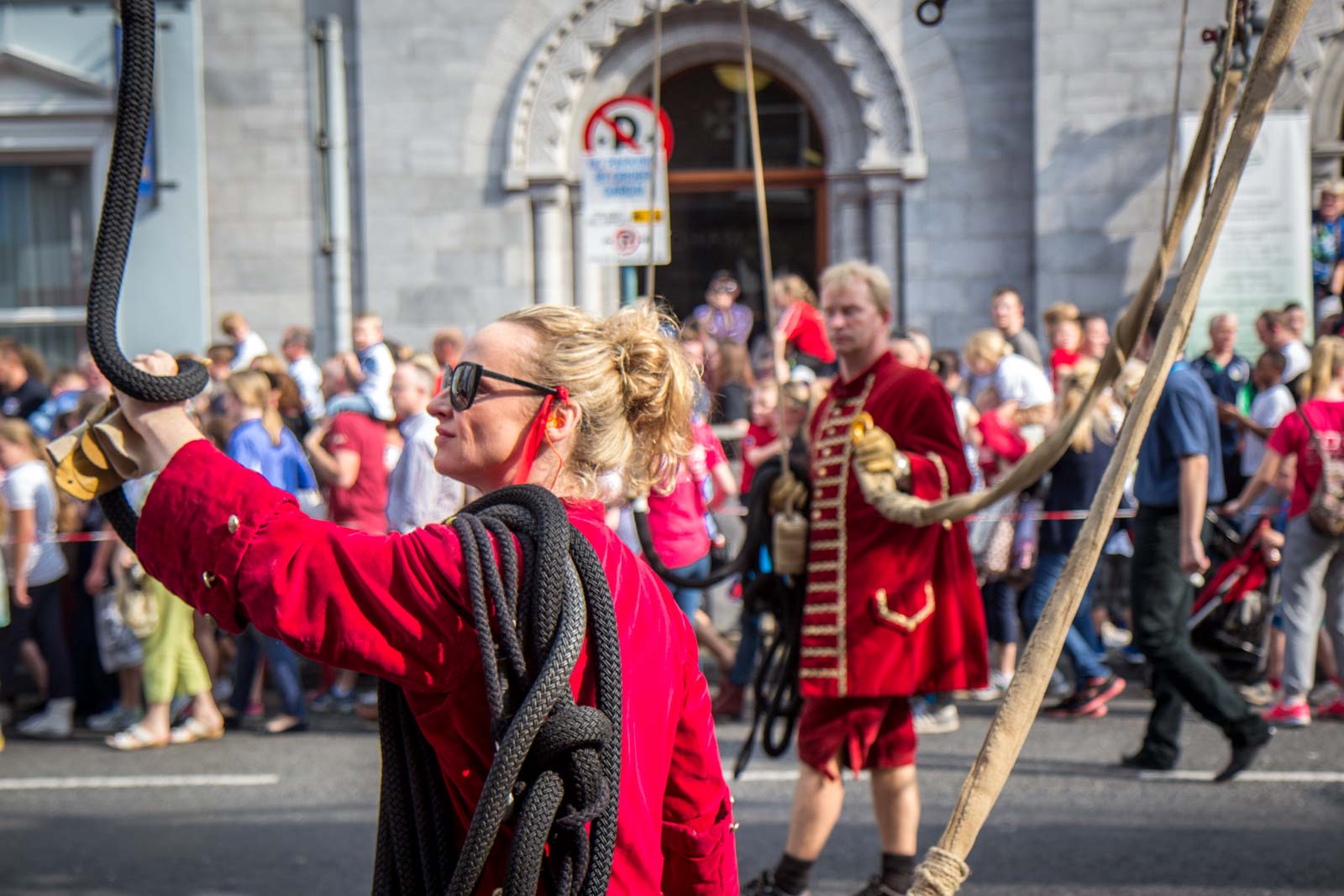 The puppetmasters have taken her (and other characters) all around the world but, in Ireland, it was important to make her feel connected to the land. So along the way she stopped and talked to the tens of thousands of gathered people.

Using the voice of an (oddly male) Irish actor, she told the story of Limerick and the struggles of the nation. Just like in many families over the generations, the young ones gathered around and she spun her tale.

As a tribute to the city of Limerick and its briefly-adopted patron, I am pleased to present you with an ode to the weekend. 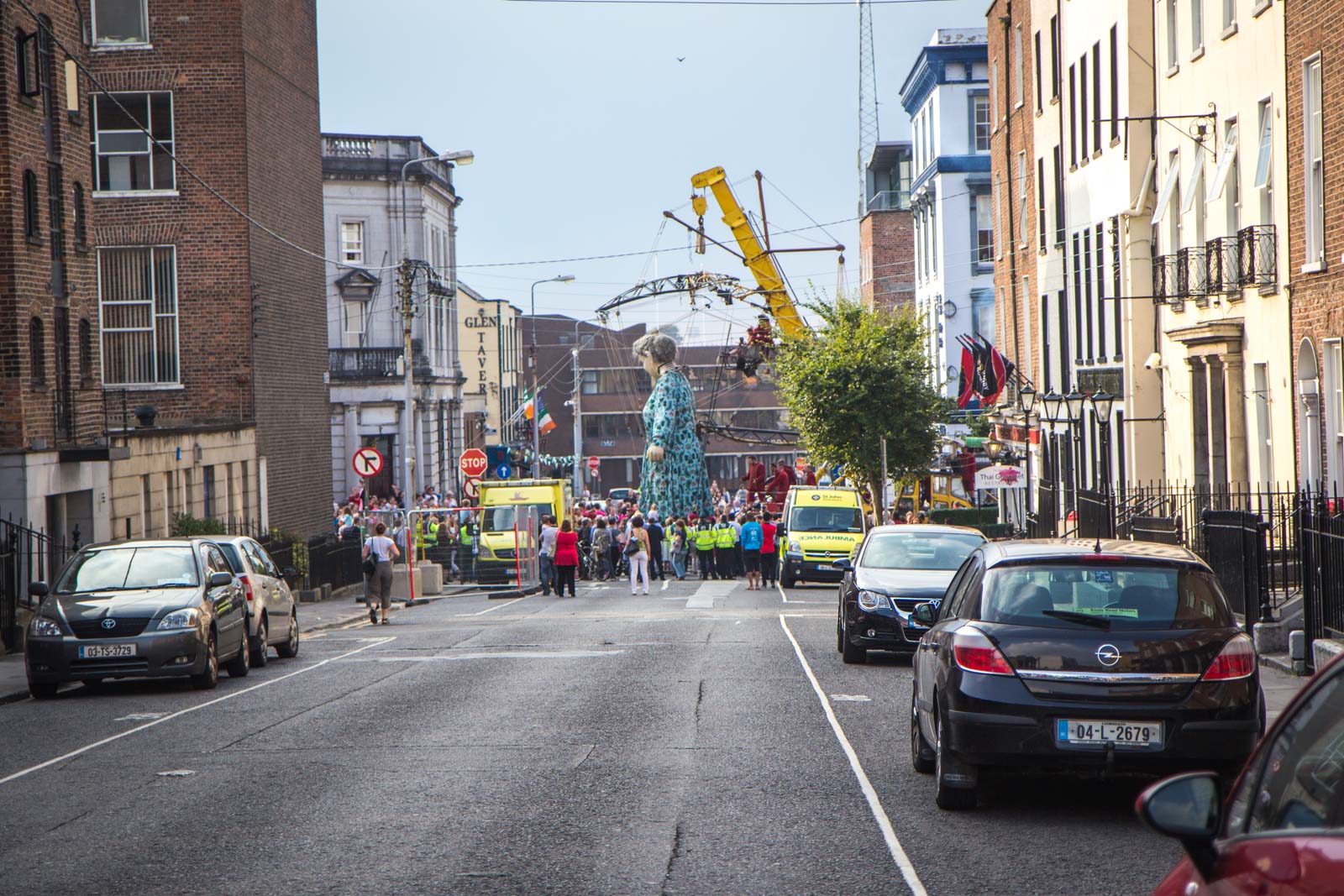 The Limerick Giant
by Michael Turtle

There once was a puppet called Gran,
Who could walk just like a real man,
So she took to the street,
Lifted up both her feet,
And became the Limerick nan. The people rushed out to see her,
They lined the streets to be nearer,
And as she walked by,
Oh, they did cry,
“Gosh, she couldn’t be dearer!” 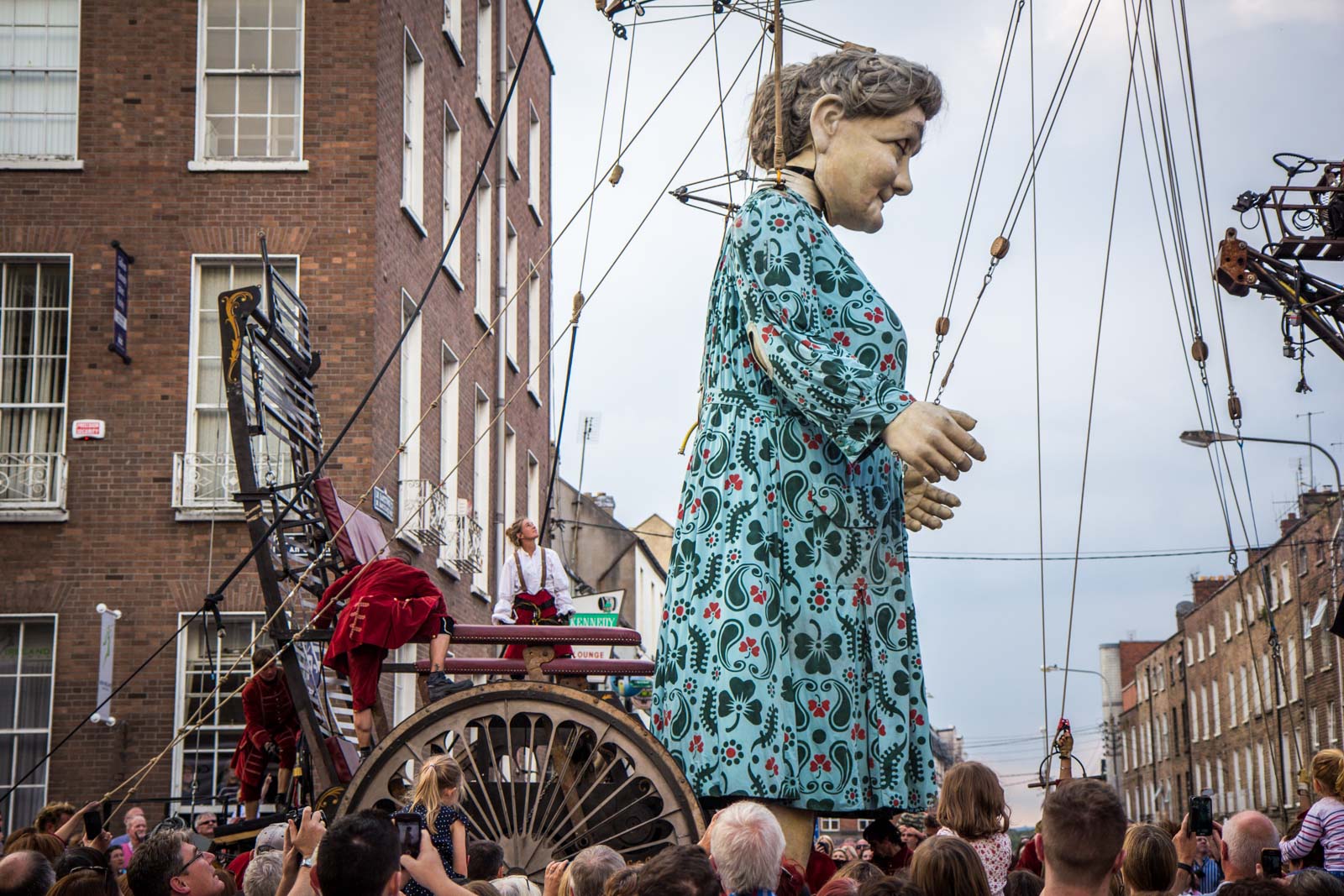 Because Gran would look over and smile,
As she walked for mile after mile,
She’d wave or she’d smoke,
(Her moves are bespoke),
For her age, she’s really agile. 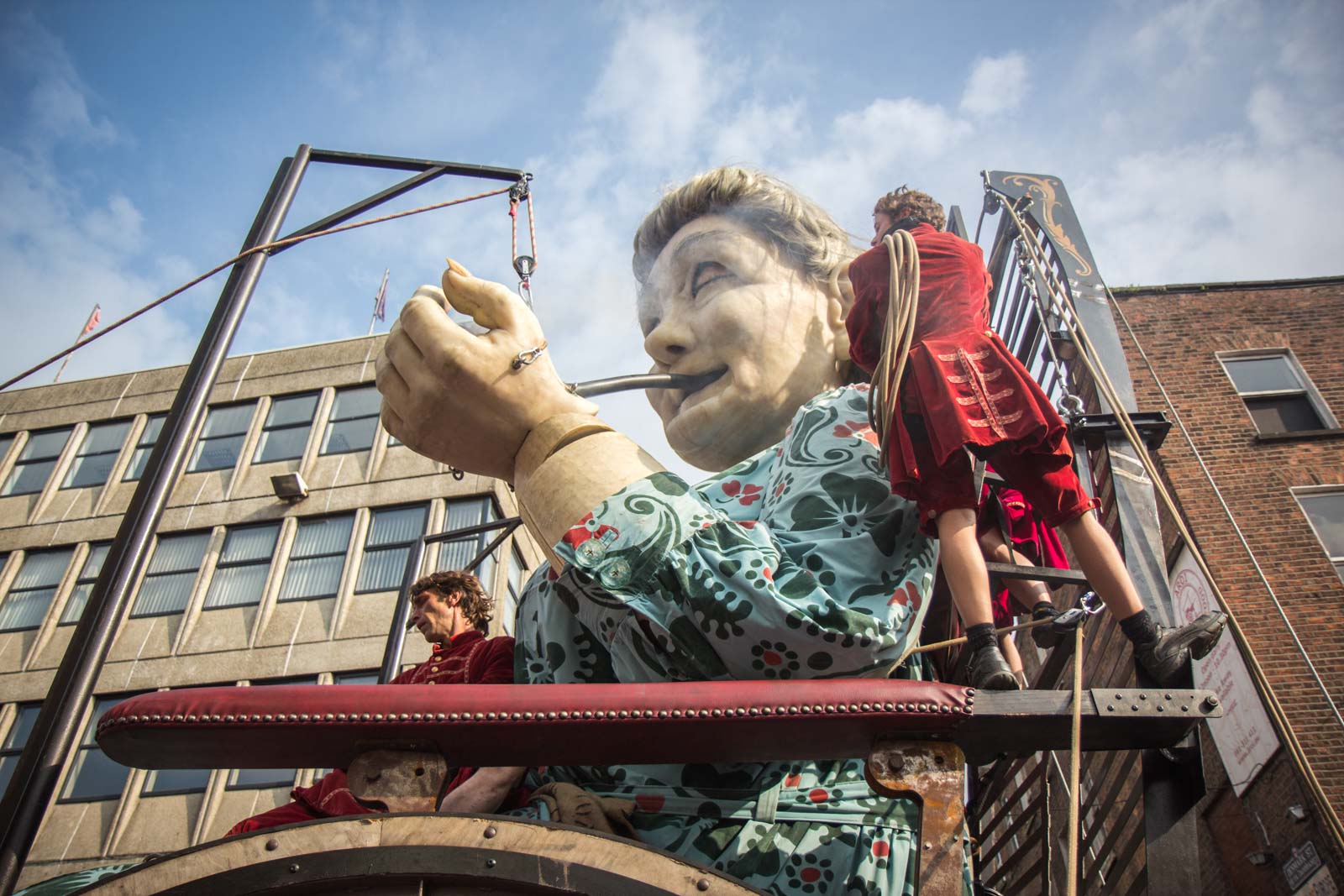 Sometimes Gran would sit in her chair,
She was pushed while the crowds stood to stare,
‘Cause she must be quite weighty,
And clearly past eighty,
So there’s only so much she can bear. For two days she went through the city,
While a band played a constant rock ditty,
I looked for a sign,
Saying “You’re my gran design”,
But sadly there was nothing so witty. 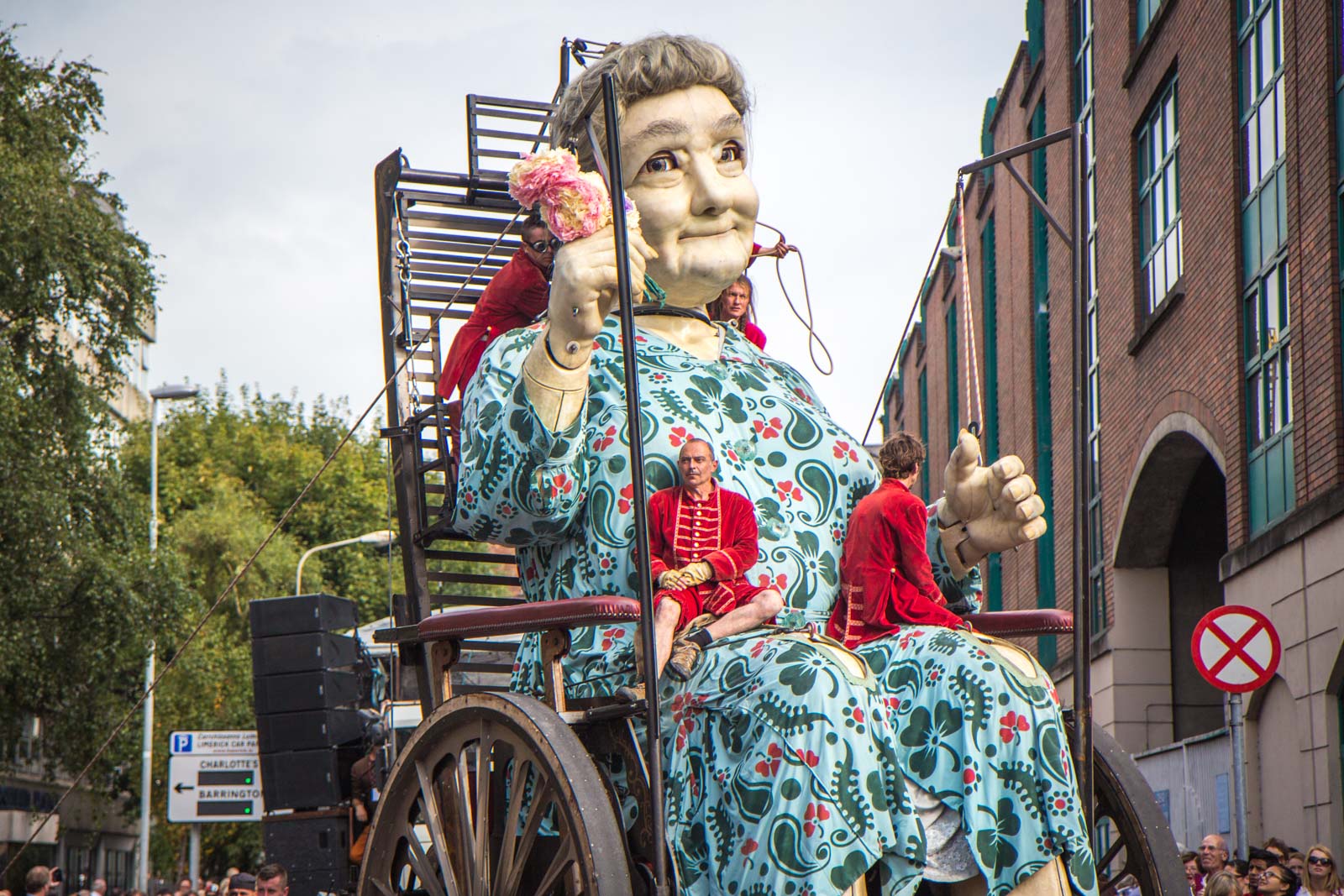 Gran would stop on the way to tell tales,
Of what the country’s history entails,
“The English are bad”
“The Irish are mad”
“But thank God at least we’re not Wales!” 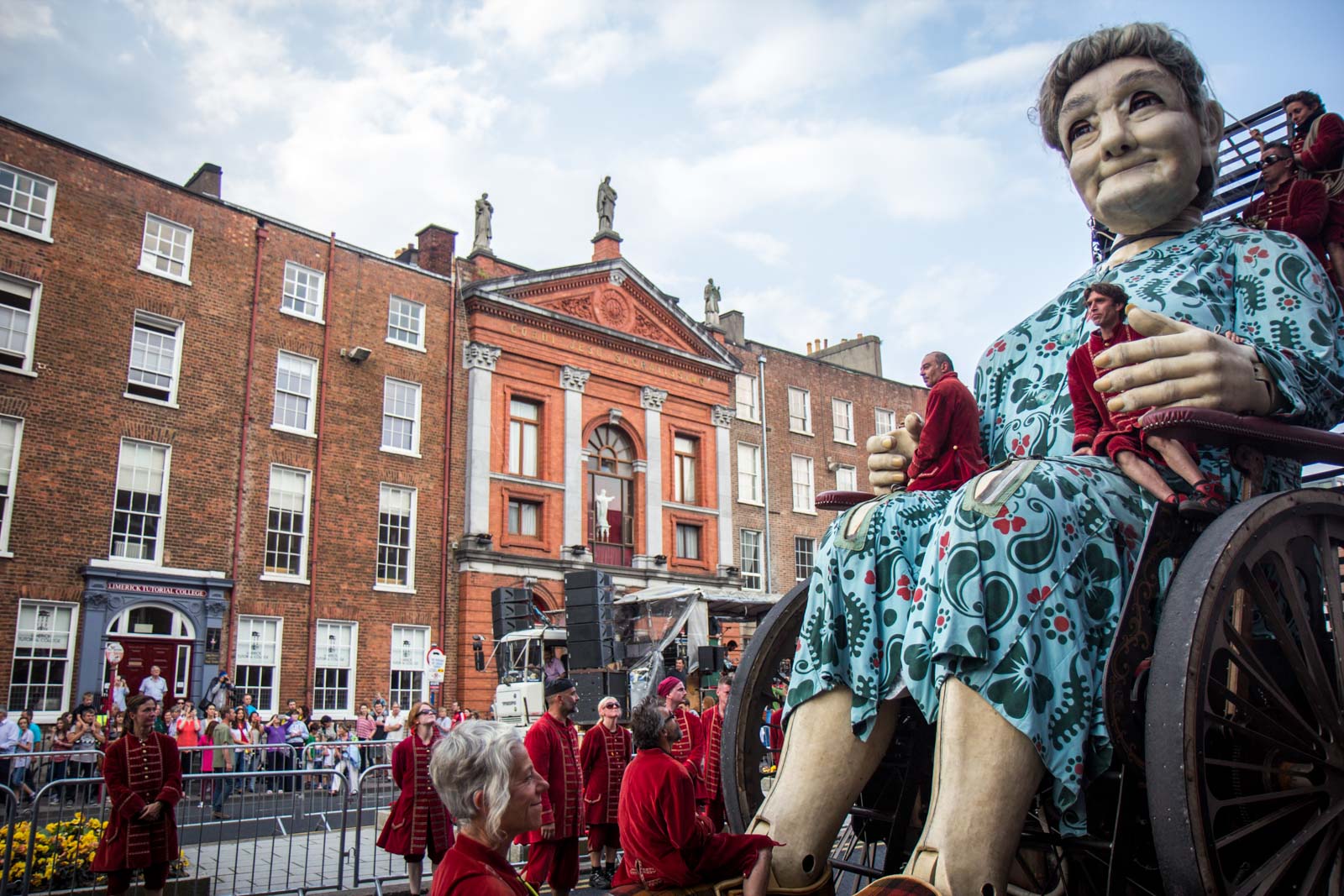 After two days it all came to an end,
And Gran went from real to pretend,
The people did cheer,
And then went for a beer,
But the giant’s story will always transcend.