For many decades, the economy of South Africa was built on gold. The valuable natural resource saw a boom in wealth and the glittering metal still makes up 20 per cent of the country’s export products.

But in the rolling green hills around the region of Stellenbosch – a short drive from Cape Town – is another natural resource that the locals are hoping could be a goldmine of a different variety.

It comes in the form of a grape – the Chenin blanc grape, to be exact. It may not be as internationally famous as many other types of grape but the South African wine industry believes Chenin blanc has the potential to become a major player in viticulture.

It has, on first impressions, everything going for it.

Chenin blanc is an aromatic varietal that can be used to make a range of white wines from dry to sweet. It is relatively sturdy grape to grow and is generally quite affordable for the consumer.

In some ways, its biggest obstacle is a simple matter of branding. It is competing in an international market against some strong well-established competitors – Sauvignon blanc, Semillon and Chardonnay, for instance. 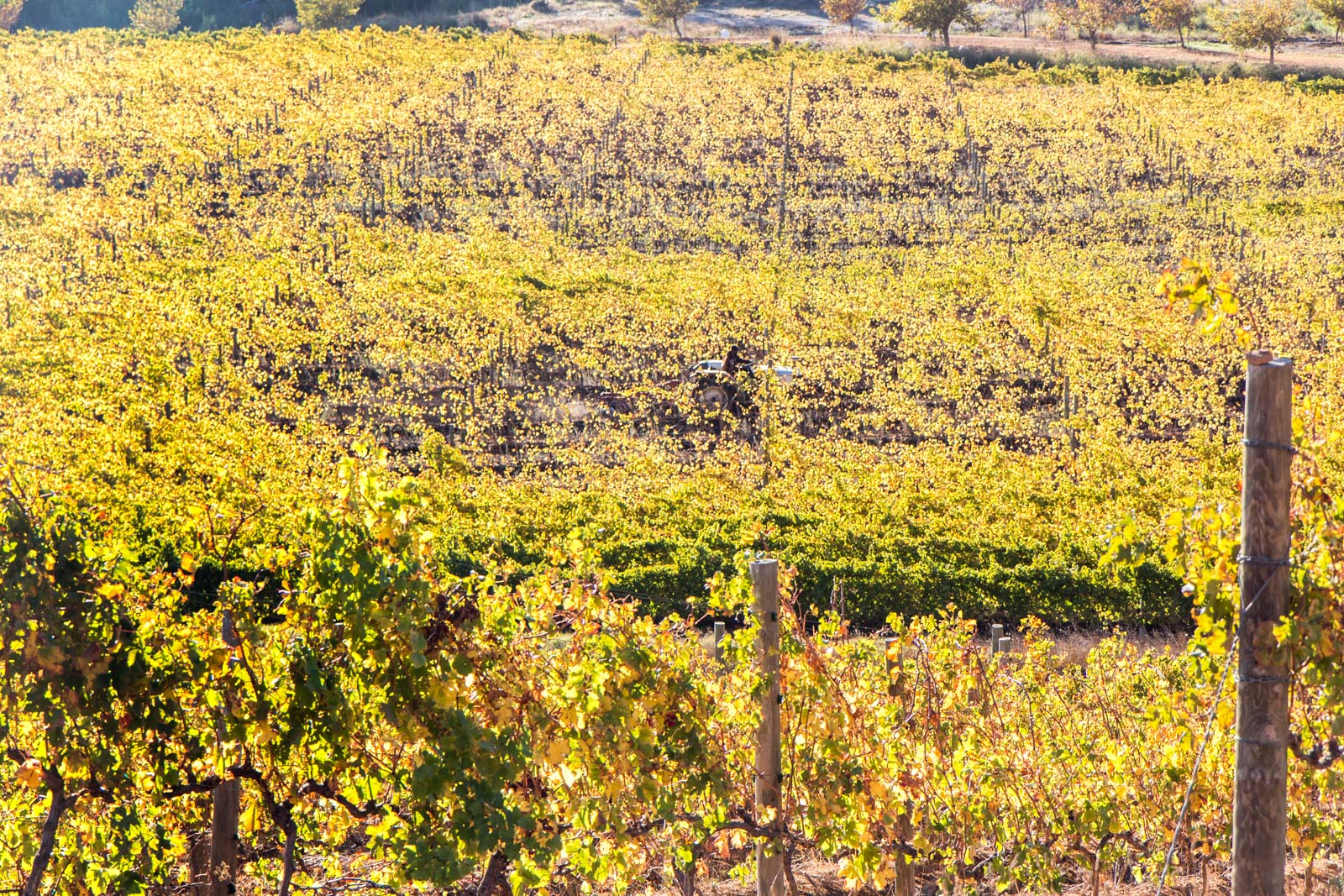 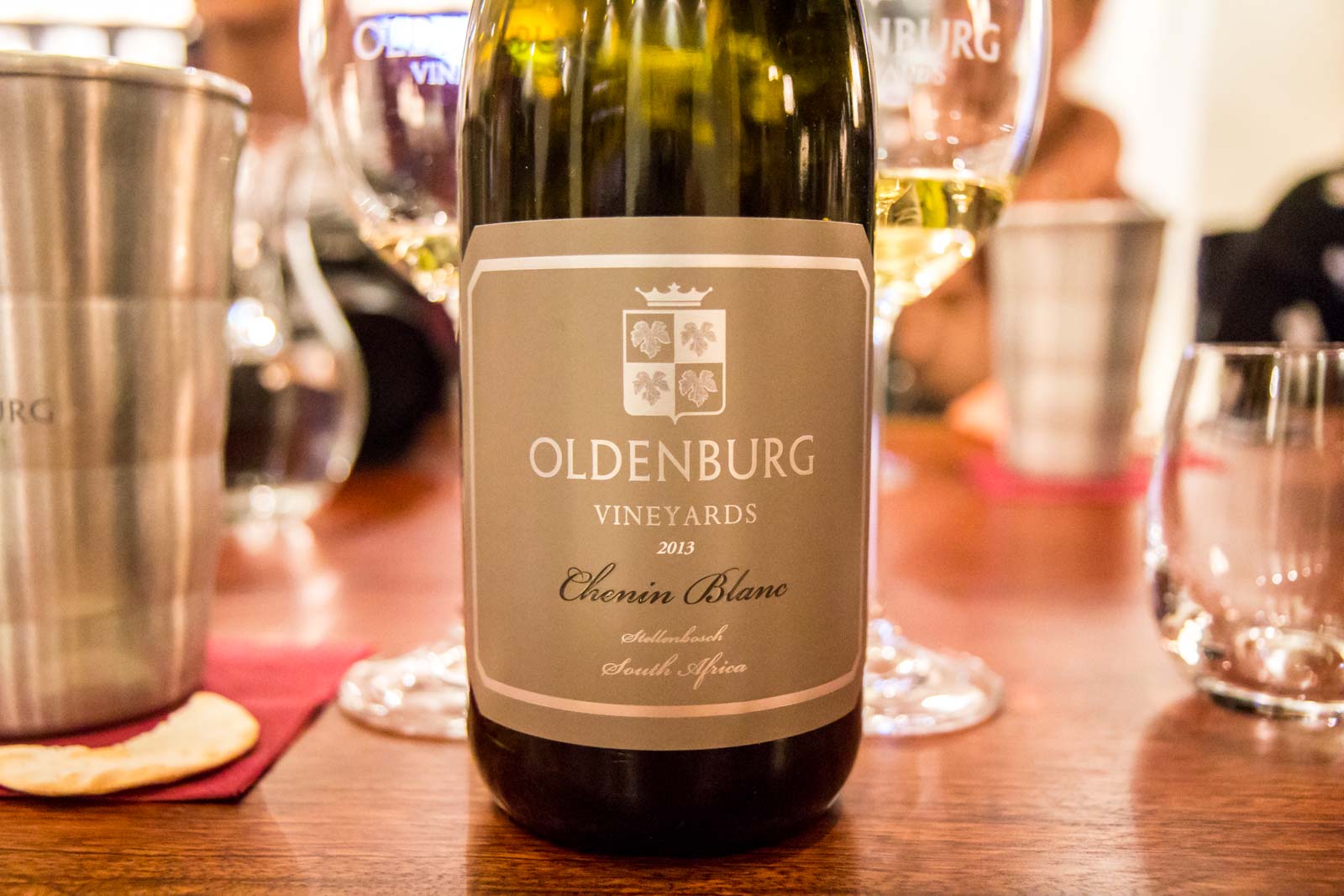 South Africans have already embraced Chenin blanc – which is no great surprise seeing as the country grows about two thirds of the world’s supply.

I first discover it on a trip to Stellenbosch and, as I travel around to the gorgeous wineries in the region, I fall more and more in love with the taste and the different flavours the winemakers have brought out of it.

I start to wonder why I haven’t come across it before and why it is not a standard inclusion on wine lists around the world.

(One of the best Chenin blancs I try is at the Oldenburg Vineyards and I would highly recommend it! I would also suggest trying something from the Jordan Wine Estate or the Lourensford Wine Estate.) To find out more, I sat down with Ken Forrester for a chat. Ken is one of the leading restaurateurs and winemakers in Stellenbosch (Ken Forrester Wines) and is a longtime advocate of Chenin blanc.

For more than two decades he has been pushing for greater recognition of the grape and its various uses.

If I may be so bold, can I suggest you have a listen or a read of this interview I did with Ken and then try to find a bottle of Chenin blanc yourself, wherever you live.

I would be interested to hear what you think of the taste and whether it has the potential to rival the other grapes on an international stage.

Time Travel Turtle: I have to confess that, before I came to South Africa, I had never heard of Chenin blanc. Why? That’s a problem, isn’t it?

Ken Forrester: It’s a serious problem. It means that people like myself who are active behind Chenin blanc aren’t doing a great job so we better just put up our game a bit!

But the bottom line is that Chenin Blanc in South Africa is a national treasure. South Africa owns two thirds of the world’s resource so if that was gold or diamonds, we would be incredibly wealthy and there’s no reason to believe we’re not.

We own two thirds of the world’s greatest white wine grape – and it’s a grape which is incredibly flexible, dynamic – it can make everything from sparkling wine to dry wine to sweet wine to noble late harvest wine, it’s wine which will age and last.

People say white wines don’t keep – remarkably Chenin blanc does keep. I’ve had Chenin blanc from France out of the Loire Valley, I’ve had a Chenin blanc from 1947 which was still young and I have two bottles left and they’re marked 2018 and 2023 and so that’s when I’ll be opening them because the last one I opened was still hopelessly young. 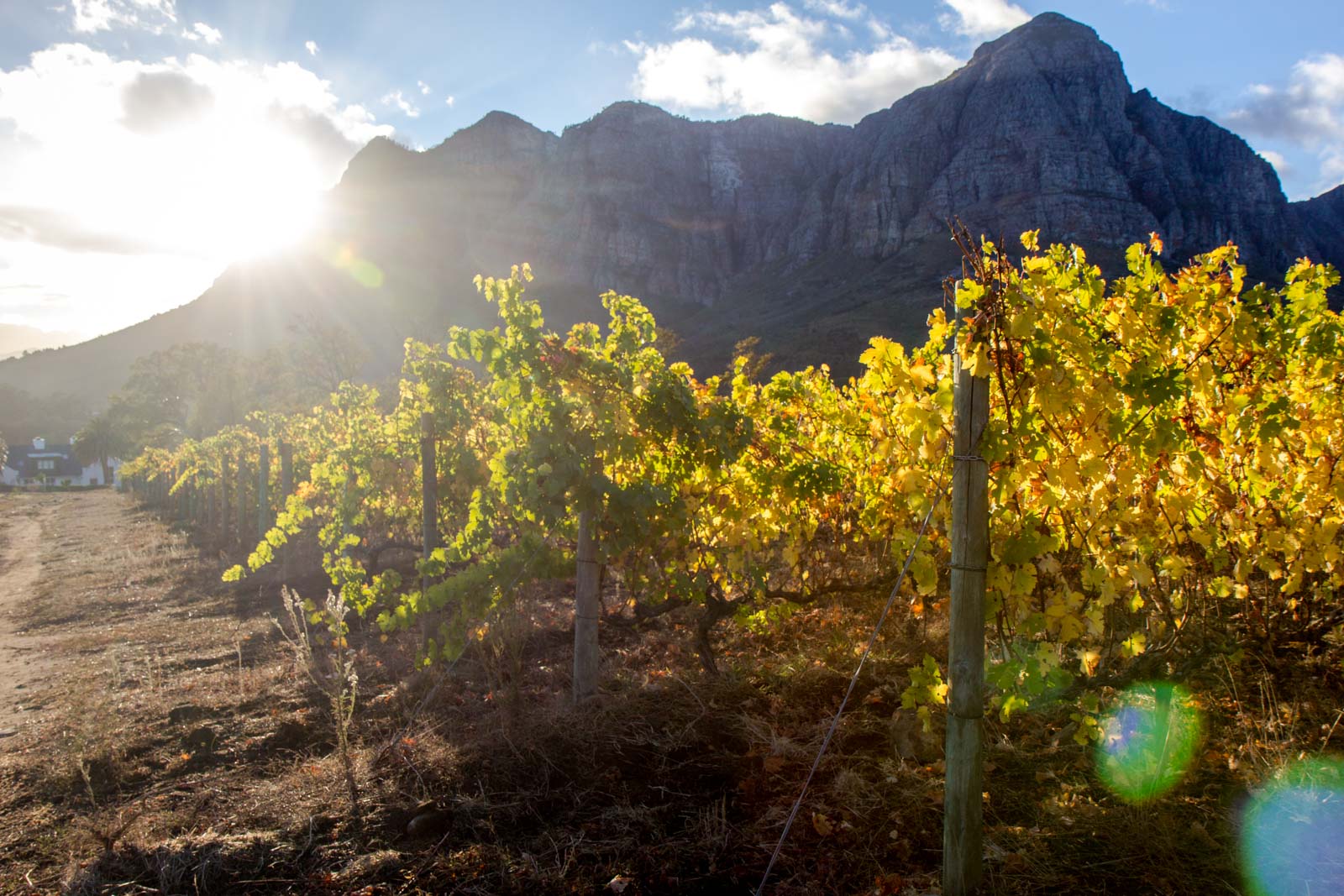 So Chenin Blanc ages beautifully, it gains in complexity, it’s been responsible throughout the world’s wine industries for producing large quantities of bulk wine and because it was used for that it was seen to be the tractor and plough of the industry, the work horse of the industry, and it was never seen to be this exclusive rare little titbit that was so fancy.

Instead it was always seen to be a workaholic, the worker bee grape. And I think that Chenin blanc has just maybe never been recognised for its really good qualities, for its noble grape qualities.

Time Travel Turtle: But you say all of that, all of the good things. If the world thought it was the best grape then we would be drinking it all around the world but we’re not so what’s the issue here? Do people disagree with you or are you just not marketing it properly?

Ken Forrester: You know, I think the world is set on trends and fashion and I think things catch your eye and become trend-worthy or fashion-worthy – and let that be a pair of high heels or a style of shirt or a motor car or haircuts.

They’ve always been there, been there the last 300 years, we’ve never heard of them, and Chenin blanc fits into that aromatic category so I think the time is coming where we’re going to be far broader and looking into much wider reach of grapes. Ken Forrester: Given that South Africa owns two thirds of the resource, we are doing the most with it right now. The next behind us is France and they own about 30 per cent of the resource, the balance is in California – there’s a lot of Chenin in California – and you’re now starting to see in most good liquor stores a dozen Californian Chenin blancs available in the US, you can pick them up all over the place.

I know a guy in Niagara in Ontario who’s planted Chenin blanc so people are keen on this and it’s a really great varietal in the vineyard, it’s not too tricky.

It is susceptible to rot – when it goes to rot you have the option of going to noble riot and making dessert wines, those sweet sweet dessert wines like a Sauterne or a Bonnezeaux, where you get those really sticky golden wines which in essence are a whole summer in one single sip, they’re so concentrated. Time Travel Turtle: It would obviously benefit South Africa immensely if Chenin blanc became more popular, wouldn’t it? So is part of the reason you’re pushing this for economic reasons?

Ken Forrester: There’s no question it’s a benefit to South Africa and I think it’s a national treasure and we would be crazy not to go out to the frontlines with it and use that as our battle cry and, as New Zealand is know for Sauvignon blanc, as Australia is perhaps know for Shiraz, as America’s known for Chardonnay or Cabernet, I think we are already synonymous with Chenin blanc. If you say ‘Chenin blanc’ people think South Africa.

We look in pubs in the United Kingdom where they’ll have up on the blackboard wines from New Zealand – it’s a Sauvignon, and it’s just synonymous that South Africa will be a Chenin blanc, that’s what you’ll be getting.

And you’re seeing better and better quality Chenin blancs  – the key is not what me and my generation have been doing, we’ve been beating this drum for 20 years.

There’s a whole new echelon of youngsters who are right behind us and these are kids of my generation’s’ guys and guys a little older, their kids, these youngsters – 25 and 30 years old – who are producing Chenin flat out and making some extremely exciting wines.

It’s almost like the job’s done and we don’t have to push it because it’s been picked up, we’ve passed the baton and it’s happened and I see these really smart young South African winemakers and I see this next generation experimenting and doing really great stuff with Chenin. Time Travel Turtle: So, what has to happen now, do you think? So the new generation is picking it up maybe but what’s the step, is it marketing, is it production, is it distribution?

Ken Forrester: It’s happening. If you go around and look at wine lists in smart restaurants, go to London – you see, there’s this diffusion when we look at central areas: London, New York are hubs of the wine industry.

London predominately because there’s not a great deal of production in England so it’s virtually all imported so it’s the crossroads of the wine industry, it’s the biggest wine industry crossroad in the world.

The next one is New York. New York again because the east coast doesn’t produce a lot of wine, the major production is on the west coast and it’s a long way away so the east coast therefore attracts a hugely cosmopolitan crowd and that whole east coast corridor you can get a lot of Italian, a lot of Spanish, a lot of German, a lot of French and some Californian.

The Californians compete for space on the east coast, so Chenin blanc has a great foothold in restaurants in New York. Our top Chenin blanc from our vineyard – a wine called the FMC – is on the list at Per Se.

Now if we’re getting that kind of audience where we’re making it into those lists, that’s the churn, that’s what’s happening. 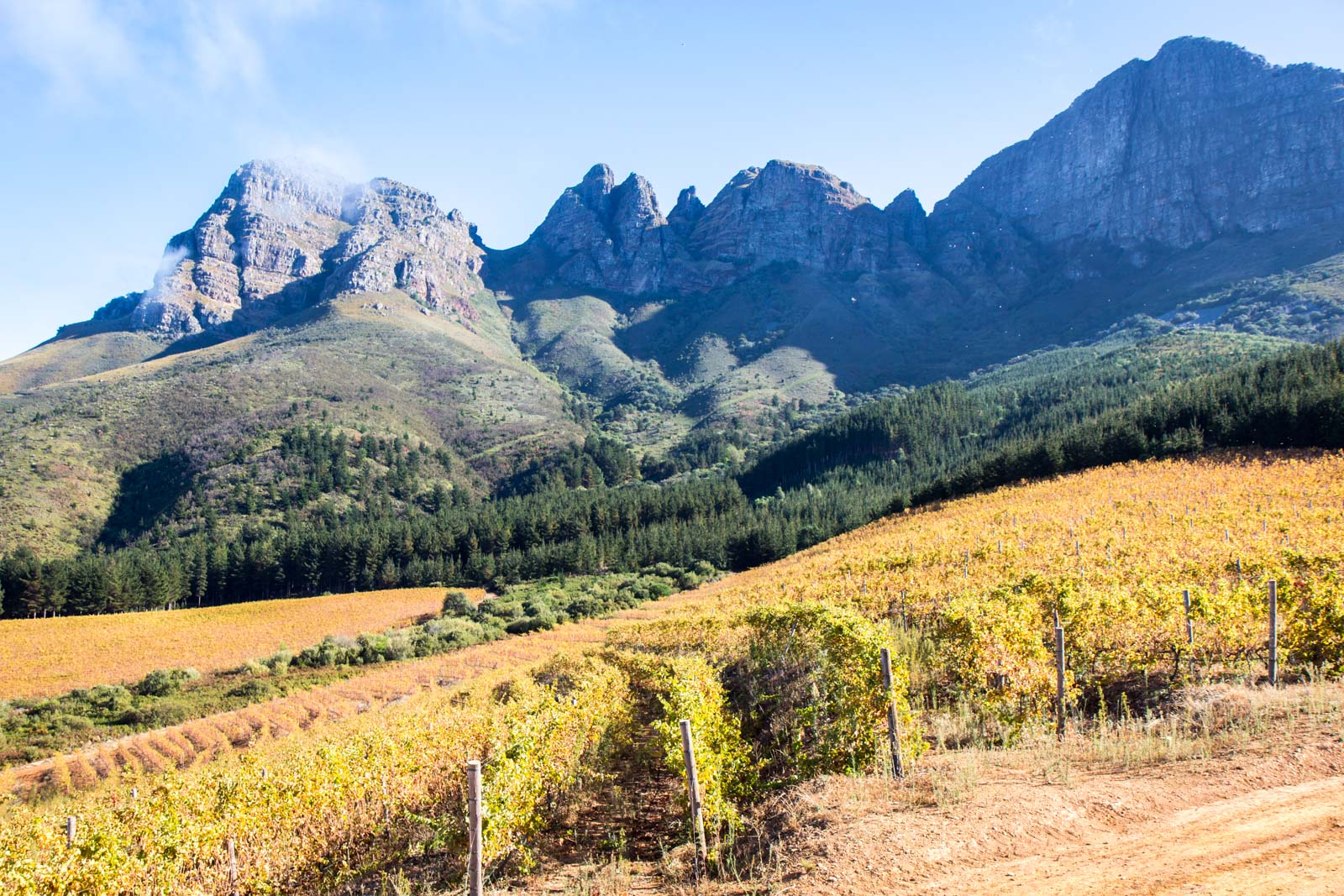 Time Travel Turtle: Anything else you want to say?

>> See my tips on what to do around Stellenbosch

Time Travel Turtle was supported by Stellenbosch and its Wine Routes as part of an iambassador campaign but the opinions, over-written descriptions and bad jokes are his own.