I’ve written previously about the changes in New Orleans in the ten years since it was hit by Hurricane Katrina. It was a devastating natural disaster, compounded by human failures, that the city is still recovering from today.

But there are some aspects of the city that have actually benefited from Katrina, in a sense.

The event gave the city a chance to take stock and think about what it wanted to be. It also focused the attention of people from around the country who may previously have dismissed the place.

Young professionals, working in the creative arts, have moved to New Orleans in the past ten years and are starting to reshape the artistic feel.

There’s a new edginess and creativity that wasn’t there previously to the same degree. I wrote about this the other day.

>> Read my story about the new art scene

One of the other big areas where there’s been a renaissance In New Orleans is in the food scene. 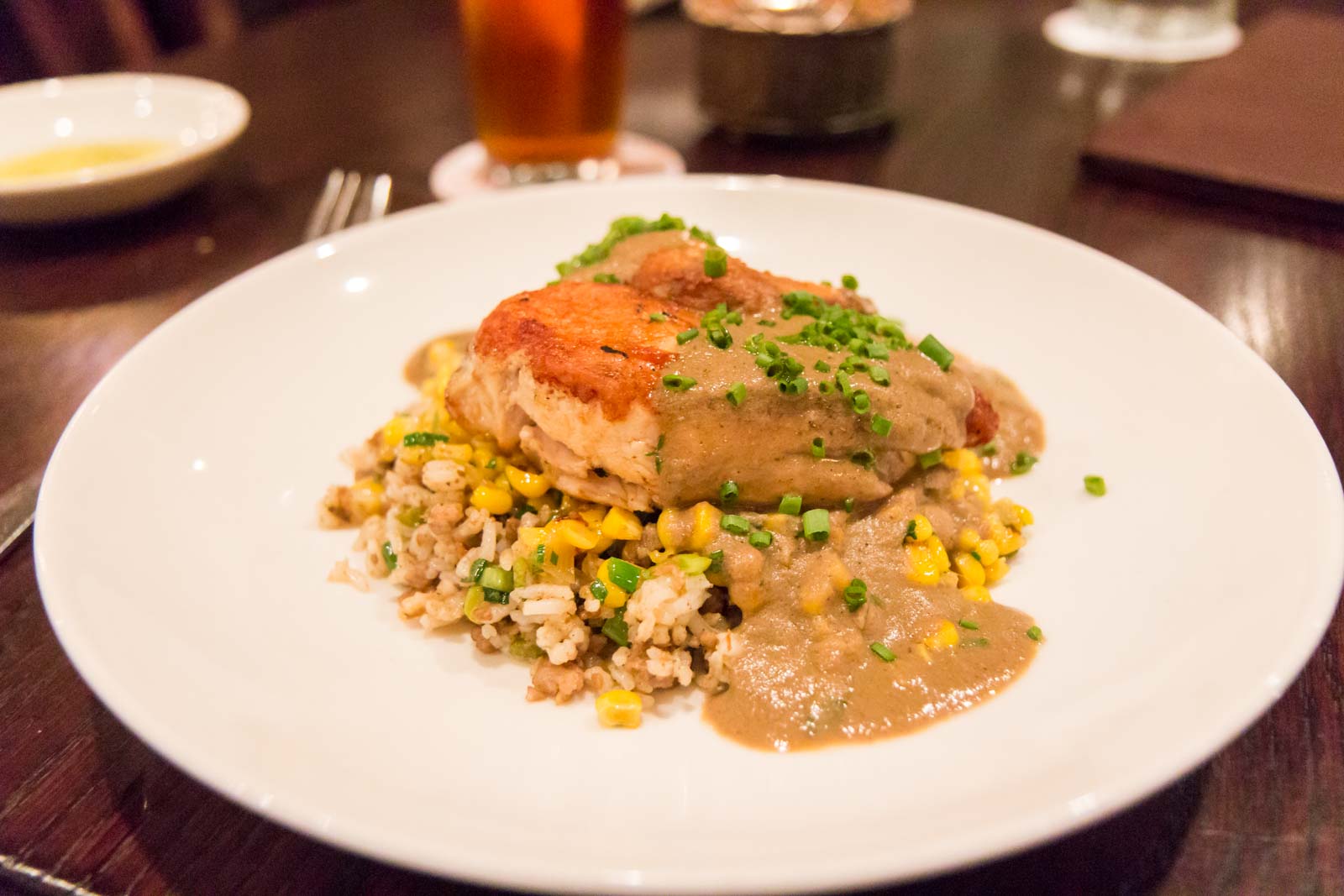 There’s always been something a bit special about cajun cooking – but now there’s much more on offer.

Perhaps it’s a result of the influx of new young and artistic residents.

It could be that word got out that this was a pretty cool city to live in, so restauranteurs with fun ideas decided this would be their base.

Or maybe people in the city just decided it was time to freshen up what was on offer.

Most likely it’s a mixture of all those things – and more.

Regardless, visitors to New Orleans are now spoiled for choice when it comes to finding something good to eat. From the traditional Louisiana meals, to the New Orleans favourite, to experimental fusion, and classic European-inspired dining.

It’s all here and it’s all fantastic. I was lucky enough to try a broad range of restaurants on my recent trip to the city and I want to share with you some of my findings. Here are some of my suggestions for the best places to eat in New Orleans.

The first thing you notice about Tableau (616 St Peters St) is the setting. On the corner of Jackson Square, the outside tables upstairs have a wonderful view over all the action happening in the square.

The building has an old theatre inside it which is sometimes used for performances. There are two levels to the restaurant – a more formal atmosphere downstairs and a casual lounge feeling upstairs.

The menu, developed by Chef Ben Thibodeaux, showcases regional ingredients and classic French Creole dishes with a unique twist. The cuisine is sophisticated, yet true to tradition, with great depth of flavour.

The wonderful Kingfish (337 Chartres St) brings a modern interpretation to local Louisiana favourites and is a great example of the new cuisine of the city. A perfect dish to prove the point is chef Nathan Richard’s fried crocodile sticks with satay sauce.

The design of the restaurant tips its hat to the Huey Long time in history of the 1920s and 1930s and there’s a cocktail bar that sits seamlessly with the diners (try the Sazerac – it’s fantastic).

The atmosphere is smart enough to give you the sense of dining out but without any pretentiousness.

One of the best iconic restaurants in New Orleans is Commander’s Palace (1403 Washington Ave).

It’s in the Garden District of the city and has been operating since 1880. It is now run by the well-known Brennan family (who have restaurants all over the city) and is a training ground for some of the best chefs to come out of New Orleans.

The food represents the more classic Haute Creole cuisine and gives you a good standard to then judge the modern interpretations at other places. The restaurant has a formal setting and a dress code. 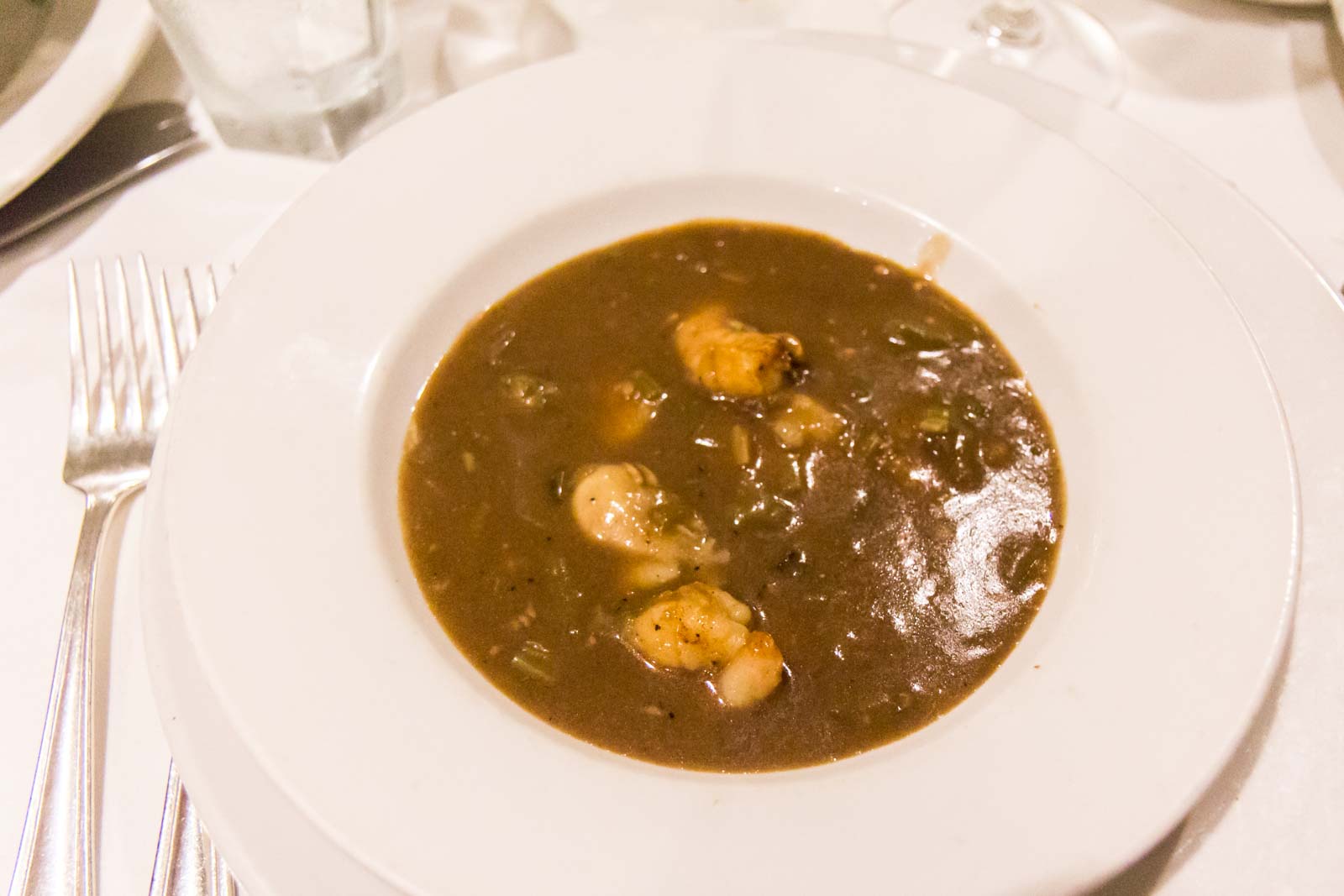 One of the trendiest new dining options in New Orleans is Cochon (930 Tchoupitoulas St) and is a good choice for lunch or dinner. Chef Donald Link has designed a menu of traditional Cajun Southern dishes that have a focus on seafood or pork.

The word ‘cochon’ is slang for pig and it is well worth trying the dish of the same name. The restaurant is set in a rustic, yet contemporary interior of a renovated New Orleans warehouse. For an iconic New Orleans experience, you need to try brunch at Brennan’s (417 Royal St). It’s the kind of place where breakfast is taken as seriously as dinner and there are plenty of filling dishes to choose from.

Even if you don’t normally like sweet dishes so early in the day, it is worth trying the ‘Bananas Foster’, which is cooked right in front of you.

The original Brennan’s opened in 1946 and then moved to this location in 1956. It has had a major restoration in the past couple of years. If you’re looking for a casual but authentic experience, I would suggest you check out Johnny’s Po-Boys (511 St Louis St). It’s affordable and simple but has won many awards for quality.

The two best things to try are the po-boys, which are big hearty sandwiches with your choice of toppings, and the gumbo. Johnny’s was one of the first restaurants to reopen in the city after Hurricane Katrina. While there is so much fantastic new cooking going on around, it’s nice to find a resilient old favourite here as well.