When we think of the renaissance in art during the 15th and 16th centuries, we generally think of Italy and the famous Italian artists from that time. People like Raphael or Leonardo da Vinci.

We tend not to think of Germany so much.

But there was one artist in particular who was working during the Renaissance in Germany who should be credited with bringing the ideas and the age of discovery to northern Europe. His name was Albrecht Dürer and he was a son of Nuremberg. 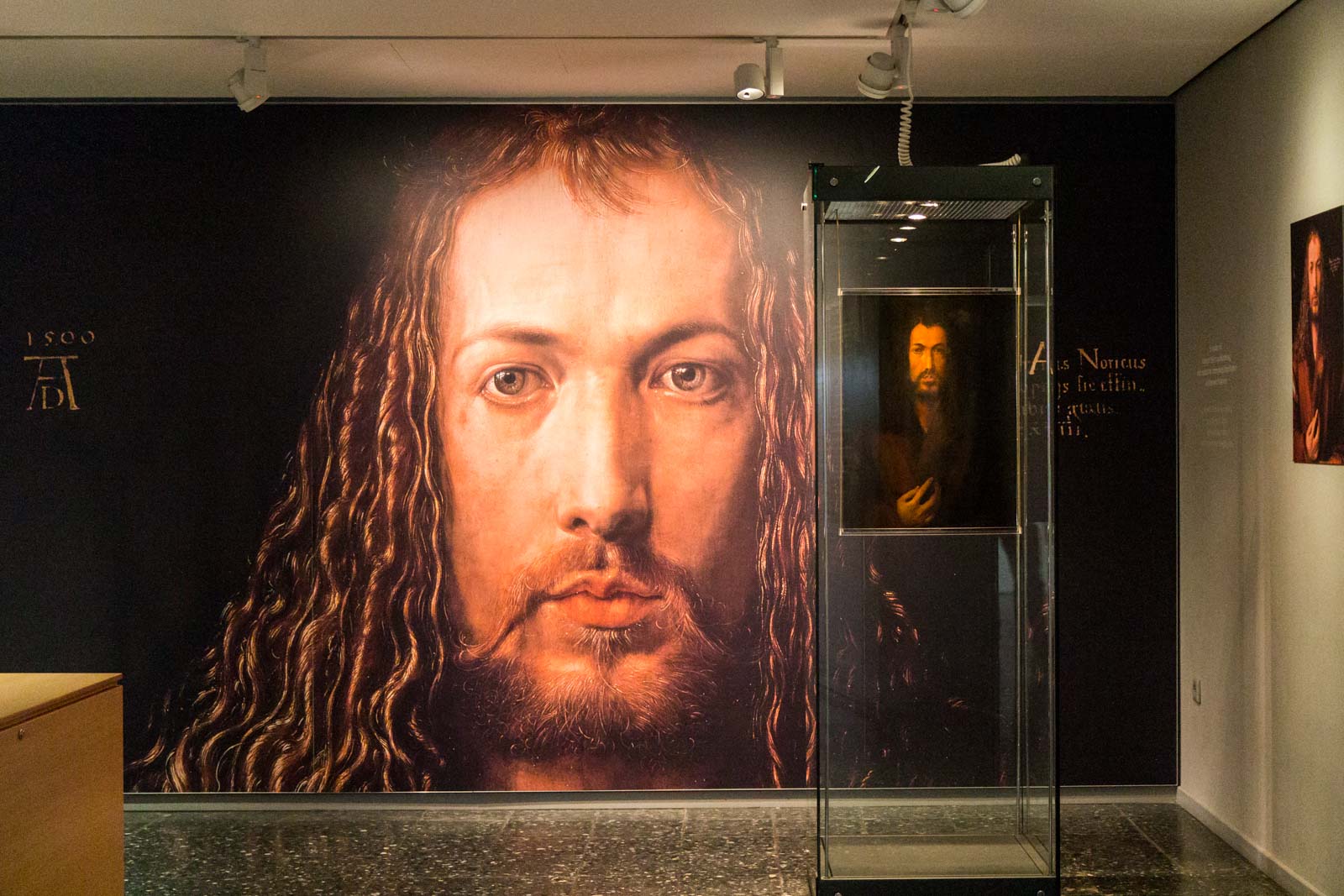 Dürer based himself in his hometown of Nuremberg for most of his life but he made a couple of important trips to Italy where he met some of the leading Italian artists of the time.

It was his association with them that allowed him to bring the cutting-edge artistic ideas back north. Much like a trading route for spices, he transported inspiration and it started to add a new flavour to everything he and his contemporaries were working on.

The house where Albrecht Dürer lived in the later years of his life shows a man of means. It is five stories high, with the bottom two made of sandstone and the top three made of wood.

He bought it in 1509 when he was 38 years old, not long after he returned from his second trip to Italy. It was during the time he was living in this house that he produced some of his most celebrated works. 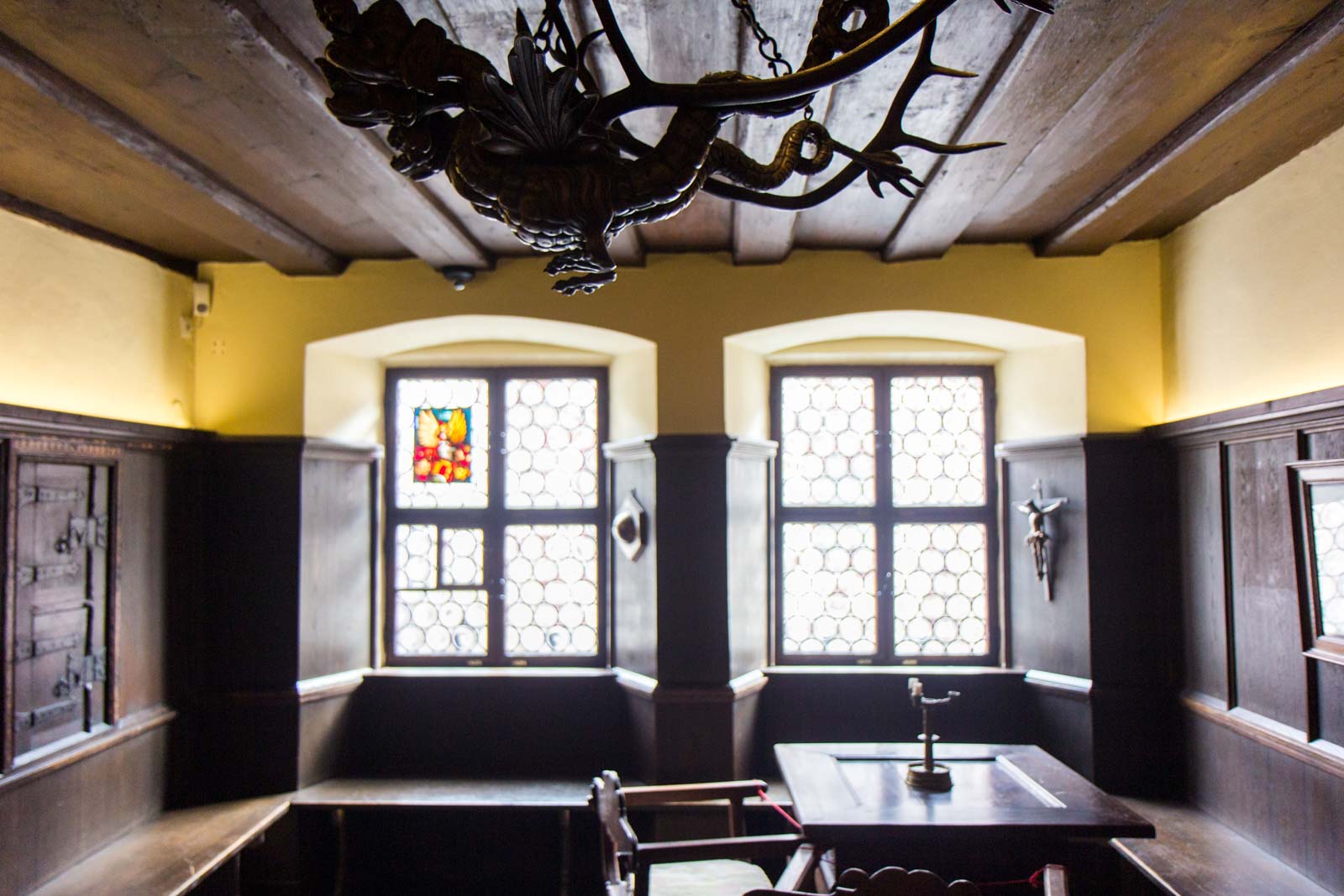 Rather than talk about his art – although that would be an interesting discussion – I want to briefly talk about the house, because it is one of the main tourist attractions in Nuremberg today.

Dürer was living during the Middle Ages, a period of horses and castles and wenches and vomit in the gutters. But Nuremberg was a pretty wealthy city because of its position on the trading routes so to be a member of the elite during this time was quite meaningful.

Dürer’s house demonstrates this. Not only is it large, but it is located very close to Nuremberg’s Imperial Castle on the walls of the Old Town.

It is now a museum and a tour through the interior gives you an insight into the man (and his art) and into life in Nuremberg during this Medieval times.

The small kitchen with its stone walls and internal fire shows you how it would have been to prepare meals, the living rooms with their ornate wooden furniture show the sophisticated side of his status. 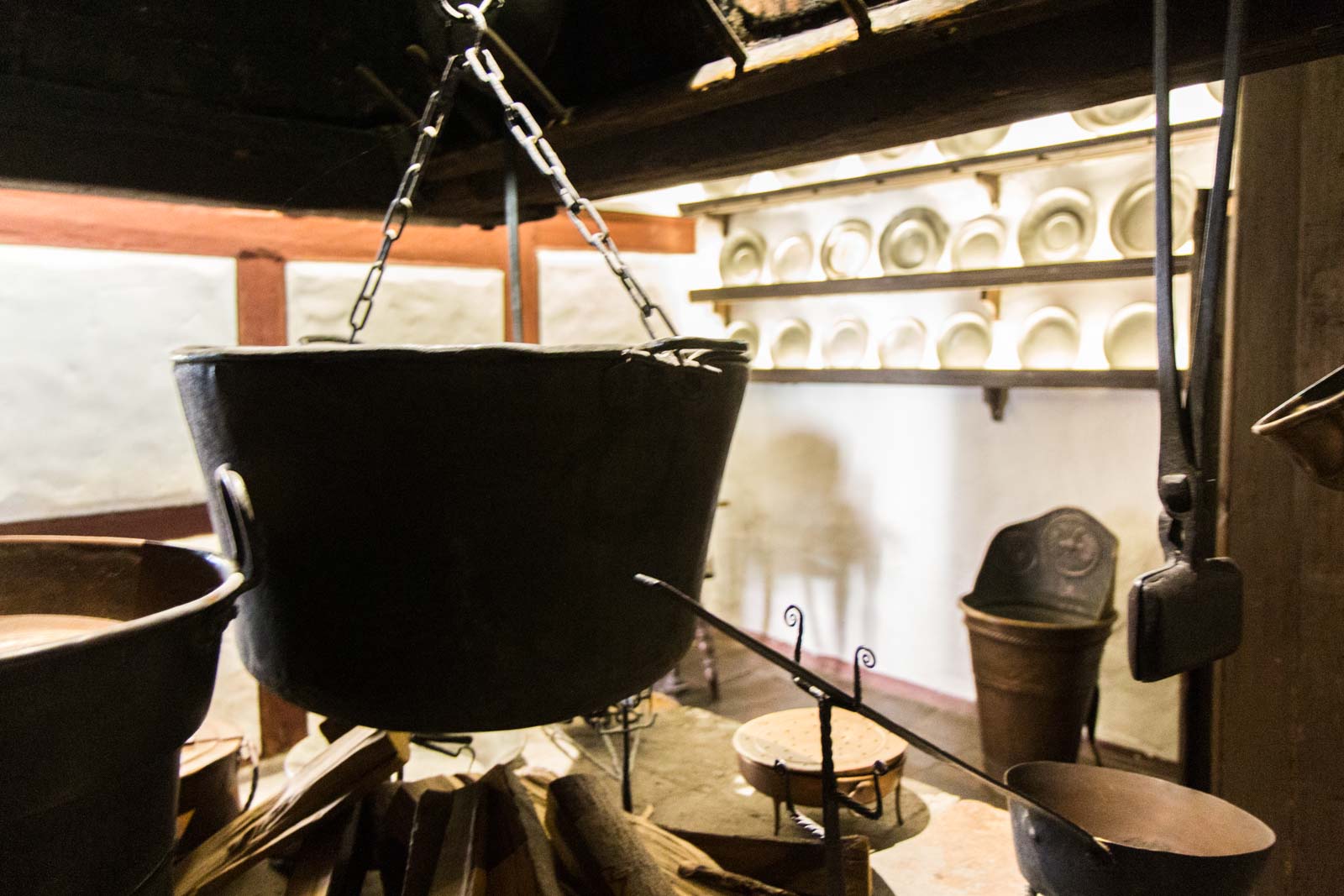 On the higher levels are the workshops where Dürer did his paintings and worked on his carved wooden blocks.

It’s here that the museum really comes into its own, with detailed information about how he and his students collected natural objects to make paints of different colours, and the techniques he used for the wood block art. 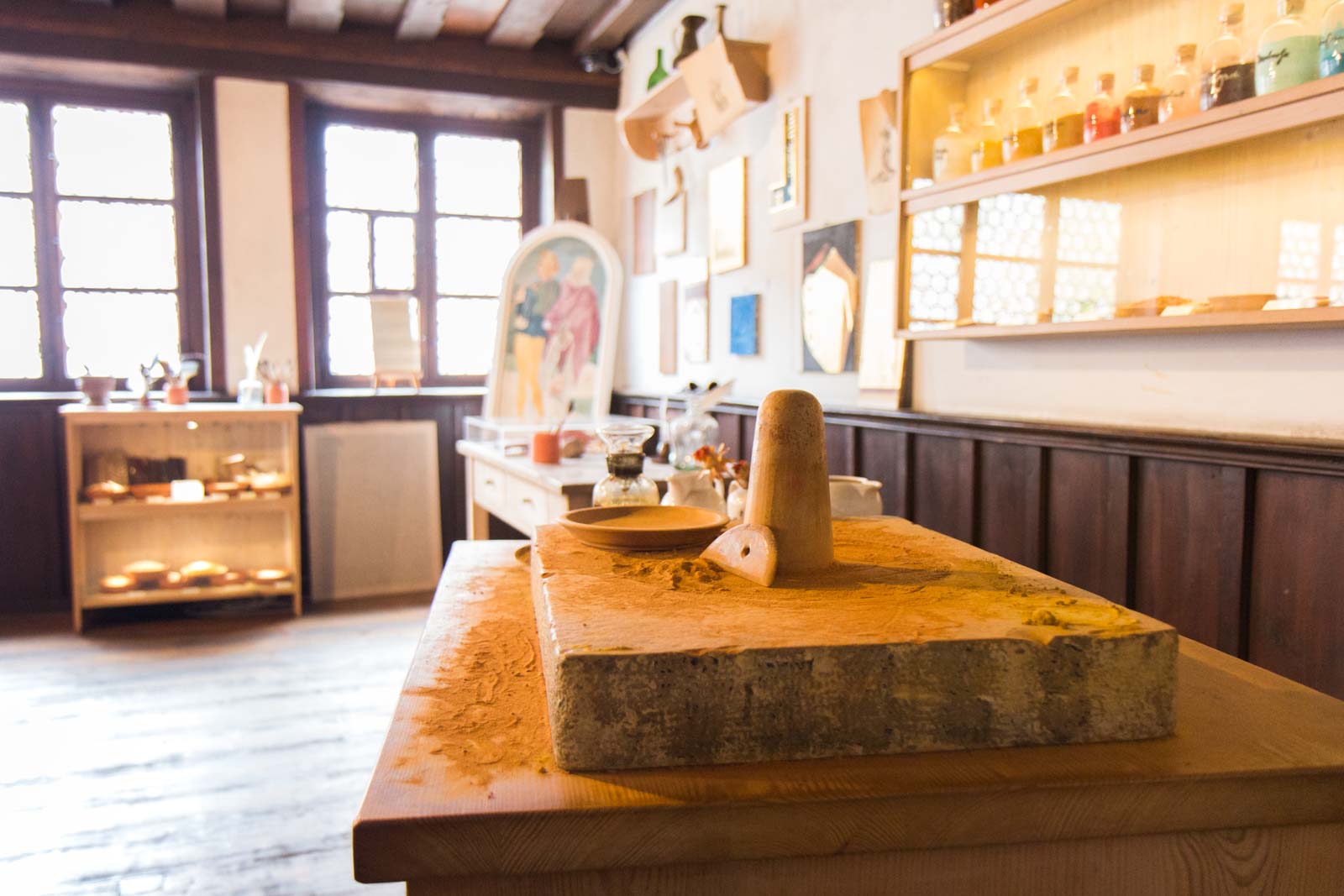 For visitors, there is an audioguide which takes you through each room and gives you historical and technical information. It is well put together and is narrated by Albrecht Dürer’s wife, Agnes, (Ok, fine, it’s an actor… but y’know) who speaks from the perspective of running the household. 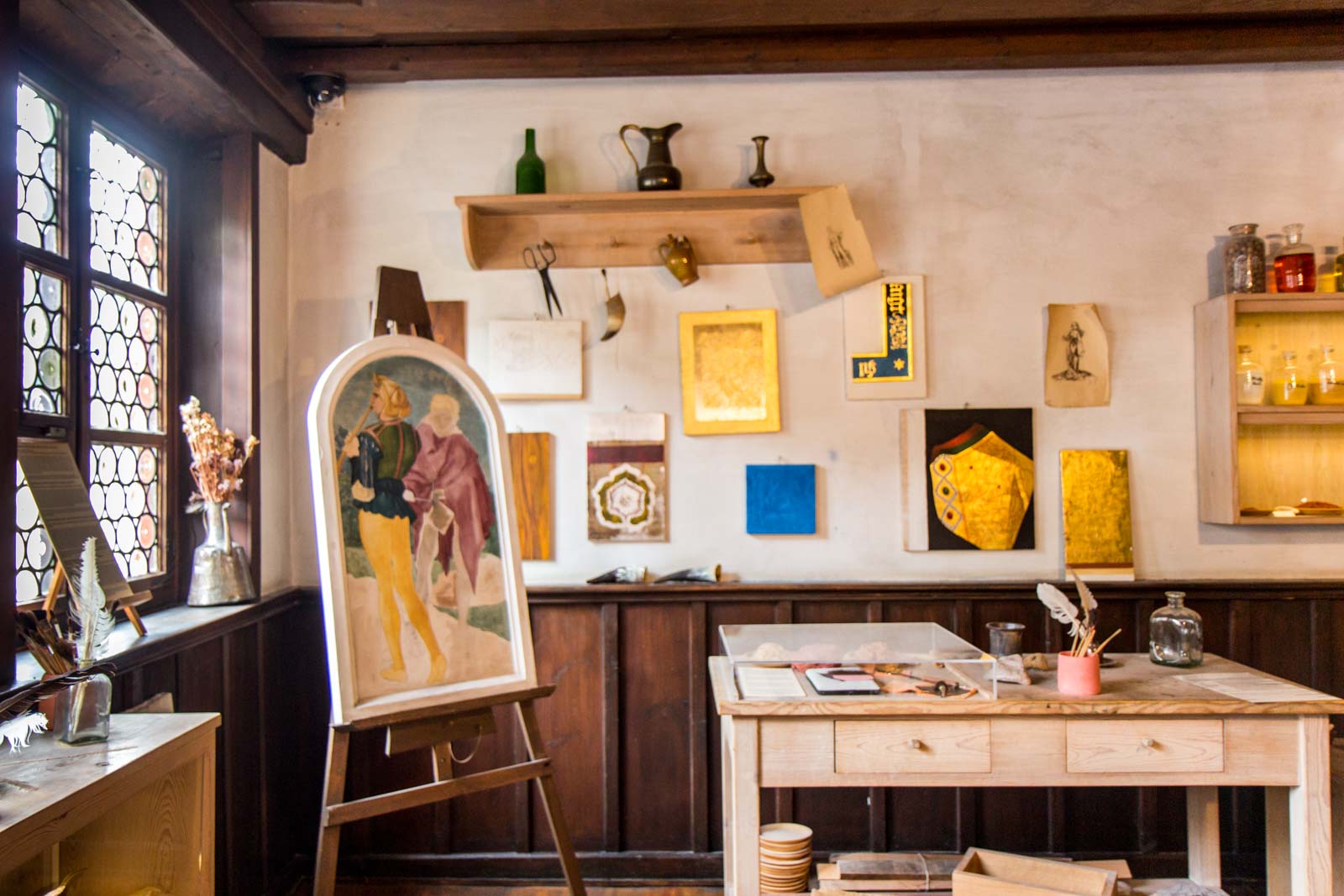 Those interested in art will enjoy the collection of Dürer works on display (even though they are copies) and the information about his styles. Those interested in history will appreciate the details about the house and what life was like in the Middle Ages.

And those interested in Nuremberg will get a look at one of its most important residents during an extremely influential part of its growth.

For accommodation, I suggest Sorat Hotel Saxx Nuremberg right on the main square.